Loco Dice classes himself as an entertainer, so he is choosing to not add to the fear and panic of the Coronavirus pandemic by removing the word from his vocabulary when posting online. But he confesses that “it’s a disaster, bro! Everything is cancelled. I have basically no more income. That’s what it is – I’m surviving somehow, I’m a warrior!

"But I grew up with no money, so it’s not a new thing for me. It’s like going back to the roots. I’m trying to avoid all the memes, the news, and talking about it too much. I’m a realistic guy."

Talking to me from lockdown in Dusseldorf, Loco Dice is something of a legendary German DJ, fashion designer and ‘Desolat' label founder. Born in the Western German city to Tunisian parents, he’s had a blistering career since 1998, releasing three albums and too many singles to count.

This global lockdown has seen many musicians increase their musical output, but Dice is taking this opportunity to work on his buisnesses, including his record label and his work in fashion. He tells me he isn’t as creatively inspired by the global situation as others.

“The good thing is, I made a lot of new music before,” Dice says. “I was working non-stop in the studio like a maniac, which I always do before the summer because I know I’ll have no time. It is what it is — let me clean up my back office and do all the other creative things I want to do. I’ll build up my DJ booth here, and start to go through my old records, and then I’ll get inspired for sure.” 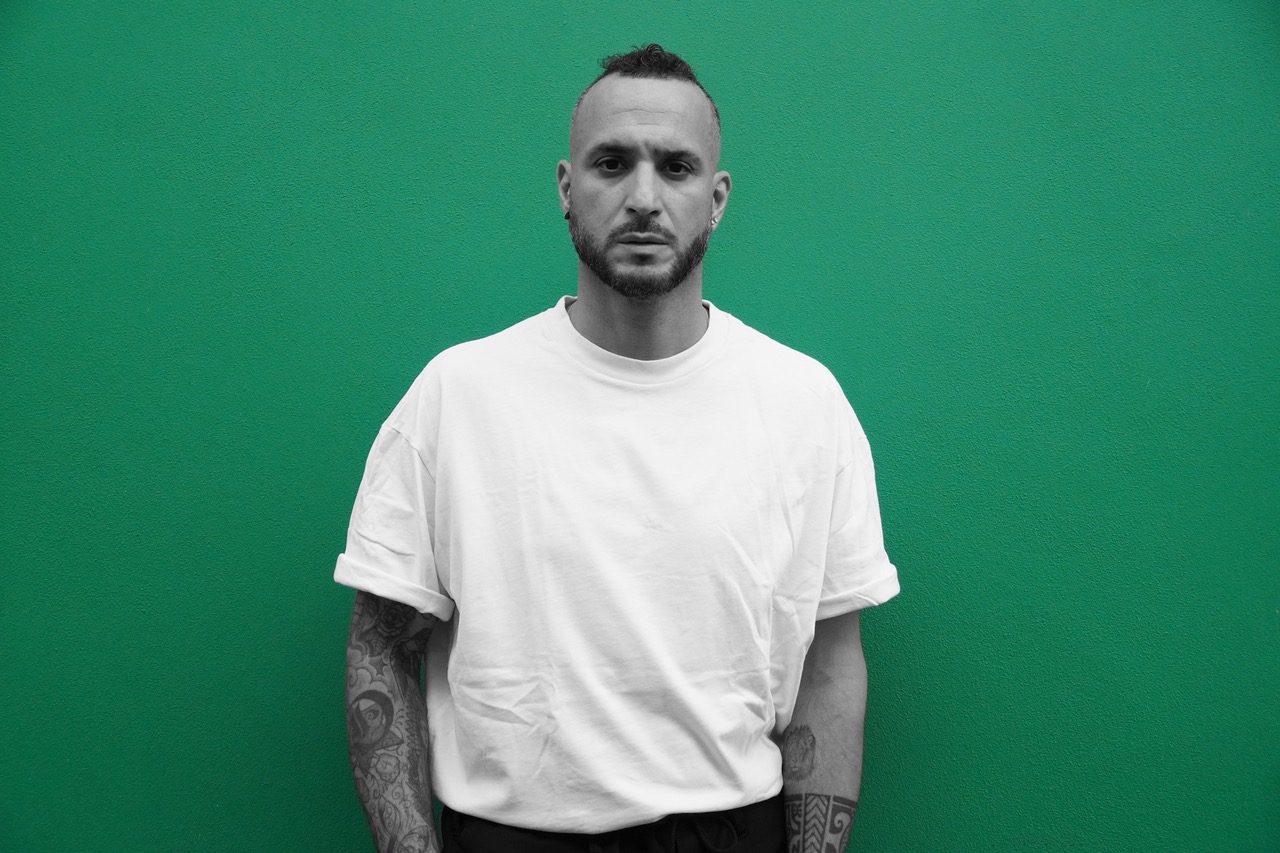 It’s like a science fiction, maybe there will be ‘antibodies-only’ parties soon!

When I mention the likelihood of summer festivals being postponed, of which Dice was due to appear at many, the talk becomes slightly dystopian.

“According to my calculations, things will be back up and running around January next year,” he says. “Until everyone gets a vaccination, that would be the time when public parties and gatherings are allowed again. They’re doing these tests with the antibodies, and only the very rich and privileged will be able to get those! It’s like a science fiction, maybe there will be ‘antibodies-only’ parties soon! Like the movie Blade, where people had tattoos to show if they were a vampire — this is giving me a great idea for a track right now!”

After that wonderful glimpse into Dice’s mind, we get chatting about the second record label he has set up, “En Coleur, which will be a platform for my music only. Nobody else, just me and features. I’m going to keep it free from any of the hustle of release plans, ‘it has to sound this way’, being told to promote it on my ‘IG’ (Instagram), or this song can only be played in the club.

Knowing Dice will be a great judge of quality for his plugins, I ask what he’s been using on his tracks recently.

“I do of course use Waves — and my Wave faves are the J37 of course; for more saturation and more grain. I love it” he says. “I use the CLA-2A Compressor & CLA-76 Compressor for my vocals and drums, so both are very important. I used to work with the Univeral Audio Teletronix. I also use also a lot from our friends at iZotope; The Trash 2 for mega sick effects and distortion to the fullest! And of course Native Instruments — been using almost everything they’ve made since day one.”

With his infectious optimism, enviable inner-circle, and not to mention his ability to release banger after banger, you should definitely get excited for Loco Dice’s next releases.