The website bio of singer-songwriter, Lucie Silvas, opens with some of her lyrics: ‘I said what was true for me, I did what was true for me.’ It gives the impression that something she holds dear is authenticity, and if there’s one industry where holding onto that is a complicated thing, it would have to be the music industry. Those lyrics are from her song Kite, the opening number on her most recent album, E.G.O.

Like much of the music from her career that spans two decades, E.G.O has such an Americana flavour to it. And while Lucie does live in Nashville, and spends a lot of her time travelling from state to state on tour, she is very much a Brit.

Born in Kingston Upon Thames, London, Lucie spent her formative years moving between the UK and New Zealand, before later settling in America. This, coupled with having a father from New Zealand, and a Scottish mother, has left her with an absolute melting pot of accents when she speaks.

Lucie is in the middle of a tour that takes her across the United States as we chat.

“We’ve been to the very top of the States, almost Canada,” she says. “We’ve been down South, and we’re about to end up in New York and Philadelphia. After the tour, I’m going to be doing World Cafe for National Public Radio, which will be very cool as I’ve wanted to do that for a long time. Then we head back home, and I’ve got just a little bit of time before the next tour, which is with Tom Odell. That will be really fun, I’m such a big fan of him! That one’s West coast, East coast, and Canada. It’s definitely work time at the moment!”

LUCIE'S EVOLUTION
Lucie entered the music industry through the back door, writing some chart hits for the likes of Will Young, Gareth Gates, Rachel Stevens, and Liberty X. She signed a contract with Mercury Records in 2003, having had one terminated with EMI a few years prior.

She released her album, Breathe In, in 2004, and thanks to traction from BBC Radio 2, she had several singles enter the UK Top 10 chart. She became an independent artist once again during her second album cycle for The Same Side. But with E.G.O being her fourth record, and her touring life being quite so successful, it seems that Lucie is doing just fine without Mercury or EMI. Not to mention the fact she’s a musician who is thriving in Music City.

“Nashville has nurtured me in all ways,” Lucie says. “My husband is a musician, too, but we live in this town where people have careers and families. It also brought me right out of my shell; being surrounded by other artists is intimidating, but also inspiring. It made me push myself, and made me become everything I wanted to be.

“In the beginning, I didn’t know any other artists. Being thrown into a record deal and the spotlight was very uncomfortable for me back then. When I moved to Nashville, I started again, and began performing more than I ever had. That’s been the basis of my career as a live performer, and it’s made me enjoy music a hell of a lot more than I ever did before.” 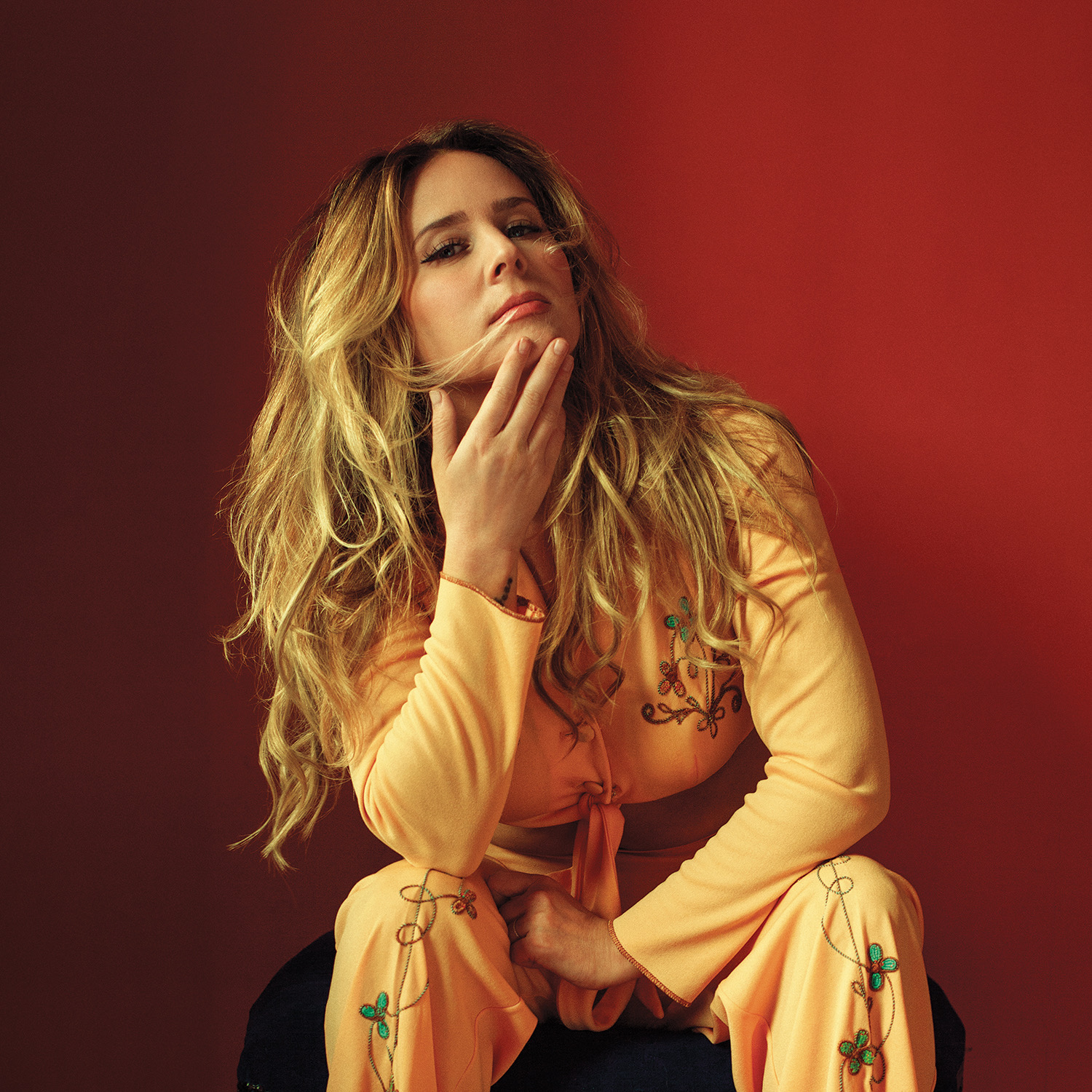 Nashville brought me right out of my shell; being surrounded by other artists is intimidating, but also inspiring. It made me push myself, and made me become everything I wanted to be. Lucie Silvas

I ask Lucie if I’m right in surmising that authenticity is something of great importance to her.

“In music, you’re very often asked to do or say things that you don’t want to,” she says. “It feels contrived. Even when it comes to working with the latest producer, I’m never good with bandwagons. I can’t do something that means I can’t look in the mirror the next day knowing I wasn’t myself in that moment.

“Even with social media, there are sides to your personality that come out. Sometimes you post the confident side in photos, but when it comes to the insecure side, where you feel like you don’t know what you’re doing, I won’t necessarily post those moments, but I will talk about them.

“The confident facade of success can get exhausting. It’s not always successful - it’s very difficult, and challenging. So I keep my focus on being authentic, and enjoying myself. The times I feel most successful are when I’m feeling happiest, anyway.”

It comes as little surprise, then, that E.G.O wears its influences unapologetically on its sleeve. Americana, country, pop, and some elements of soul and motown.

There’s wonderful variety, ranging from the Ennio Morricone-esque Girls From California, to the stunning strings and balladry of People Can Change. Lucie tells me that even now, several months after its release, she is getting all kinds of reactions to the songs, and the record itself.

“In the summer, I’m off on tour with Sheryl Crow,” Lucie says. “That will mean playing to slightly bigger crowds, which will help me shoot for the headline shows. We’re also going to be doing some live records, and orchestra stuff, which is very exciting.

“Then I’m doing an old school, throwback Christmas record - I’m really excited about some of the collaborations I’m doing for that. I’m really just trying to keep at it, keep on the road, and keep writing.”

Lucie Silvas is living proof that it’s so important to keep on keeping on. We certainly hope she never stops.