Lucy Rose was among the highlights of a particularly strong Glastonbury 2017, although one of the things that struck me the most about her set was her chatter in between songs. A number of times, she alluded to a big creative crisis she had gone through recently, and even expressed uncertainty about playing Shiver, one of her best known and loved songs. I wanted to get to the bottom of all this, and two weeks after watching her play Glastonbury’s Avalon Stage, I find myself sat with the singer-songwriter herself in the garden of the North By Northwest, an Alfred Hitchcock themed pub in Islington, London.

“I don’t want to say the same thing everyone says, ‘the industry got me down’,” Lucy says, her accent a blend of her native Warwickshire, and her adopted home of London. “Something more and more artists are saying, and in public. It wasn’t really that which got me down; it was more about feeling I wasn’t part of how music is put out, and enjoyed. Trying to find my place within the industry, and all that pressure to look a certain way. As you saw at Glastonbury, I like to do my own soundcheck, and people would tell me, ‘you shouldn’t do that!’”

I tell Lucy it was a little strange, coming straight from the Pyramid Stage after seeing Barry Gibb [at Glastonbury], to finding her repeatedly pressing a note on her stage piano prior to her performance for the soundcheck on the Avalon Stage. So I’m relieved to find it was external factors surrounding Lucy’s second album, Work It Out (a more upbeat departure from her debut album, Like I Used To), that were bringing her down — and in fact, she had to fight to make it a record she could be 100% proud of.

It’s all led to her divorcing from Columbia Records; her latest album, Something’s Changing, is out now with her new team, Communion Records, a label whose name has perhaps never been more apt.

“I was just fed up of arguing,” Lucy admits. “Especially with people who were meant to be on my side. People saying, ‘you should start co-writing’, and then having huge arguments about that.”

Thank goodness she won that battle. The notion of an artist like Lucy sitting in a room with a rushed-together team of songwriters just doesn’t sit right.

“I don’t want to co-write; I want it be authentic, and to be me,” Lucy says. “And then I was being treated as an awkward person, as if I was doing it just to piss them off! That was hard, feeling as though everyone hated me because I want to write my own music. It’s hard wanting to be yourself, and everyone saying, ‘we want you to be different to you.’ It eventually made me lose my entire confidence in myself — feeling like, ‘does anyone want me to be me?’” 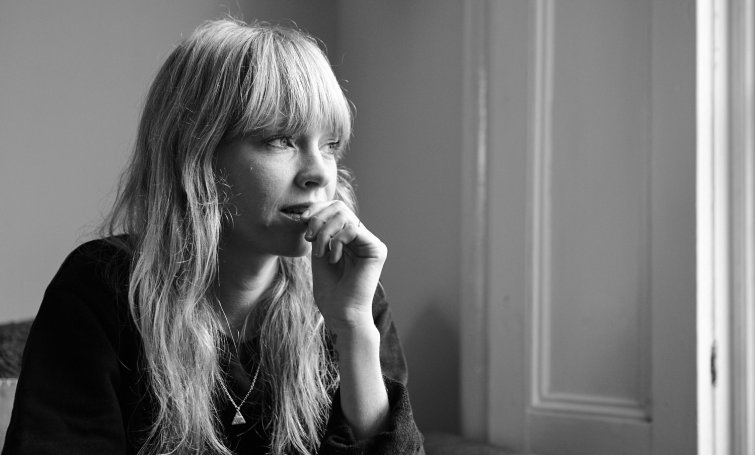 And as many will know, Lucy isn’t the first, and probably won’t be the last to feel like this.

“I do really like my second record, but it was tainted by the process of putting it out, and the pressures of what it needed to do to be successful,” she says. “At the end of the first album campaign, it was, ‘you haven’t been as successful as we wanted.’ And then doing a second album campaign and feeling the same thing. It got to a point where I thought, if I’m going to be unhappy, I might as well be sitting in an office doing something I don’t like. The fact I was unhappy doing music seemed very strange.”

Lucy then stresses that she doesn’t even blame Columbia and Sony themselves, and that she does understand the business model, with all its quotas. It’s more a case of them having not been 'the right fit'. A very mature statement, considering the unpleasantness she’s had to endure. Such worldly wisdom may have grown from her recent experience travelling around Latin America, a trip which spawned the documentary accompanying her new album, also titled Something’s Changing. It’s available on YouTube now, or you can see it on the big screen, as part of Lucy’s upcoming cinema tour, in which she will perform in movie theatres after a screening of the film.

It’s a really wonderful short film, which sees Lucy staying in the tiny houses of Latin American fans, playing to their families in living rooms, and also at gigs which were put on by the South American contingent of her fanbase. There’s a very moving moment in which a tearful Lucy has a big epiphany, stating that she’s so much happier with just a backpack, her guitar, and playing these tiny gigs, than her mainstream ‘success’ has ever made her.

“I thought, if I’m going to go travelling anyway, it would be sinful to be in some of these cities and not play for people who have been tweeting me for years,” she tells me. This trip, and having her entire worldview turned upside down, was very much the main inspiration behind the new record.

Finally, I’m wondering if Lucy’s long term vision has been shaken up a lot, after these cathartic life events.

“I feel like my long term vision is always changing,” she reflects. “But it really has changed now. I know it sounds cheesey, but I really feel like music is very much who I am, and in my soul — I know I’ll be making music forever.”

And as it sounds like we came perilously close to Lucy Rose quitting and becoming a car insurance salesperson, here is something to be deeply grateful for: that this chain of events worked out beautifully in the end. Just listen to the new album, Something’s Changing, for evidence of that.