Manon Grandjean: Own It

Award winning recording engineer Manon Grandjean reflects on her start in the industry and achieving global recognition for her work with Stormzy. She delves into recent projects with Nao, and shares how she’s kept up her workflow at home during the pandemic thanks to her brand new Genelec monitors.

“It still feels like Groundhog Day most days,” begins award winning recording engineer Manon Grandjean (who is also a mix and mastering engineer) from her makeshift home studio in the UK. “The days are so similar, but I find that I get a lot done from home without having to commute, and I’m really comfortable mixing at home as well. Plus it’s nice to work in your PJs,” she laughs, quickly noting that she did indeed get dressed for our Zoom interview.

Grandjean is from a musical family, (“I used to go to the opera with my mum when I was a teenager, which is unusual!) and first became interested in the technical aspect of music around the age of 18. Moving to the UK, she started out as a runner at Livingston Studios in North London, and remembers the day things changed for her when she was working at State Of The Ark studios:

“We had this band called London Grammar in, and at the time they were unknown,” she recalls. “I’d been assisting in the studio for about two or three years by then, so I knew the studio really well, so it was decided that I was perfectly capable of engineering the sessions. So that was the first album project that I engineered, and that was the first time that people were acknowledging my work.”

“That was the moment in my career when I went from being half assistant-half engineer, to full time engineering, because he wanted to have an engineer full time, working on projects from the beginning until the end. Working with Stormzy was another one!” 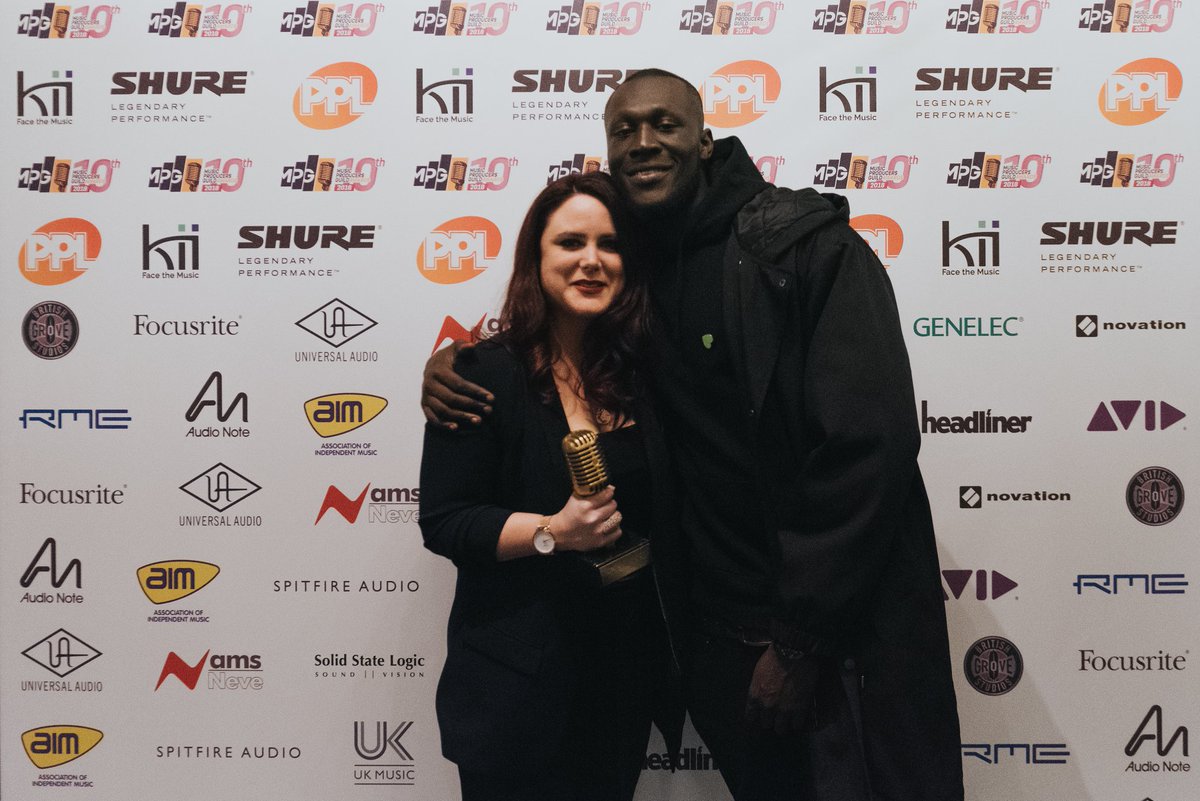 “I know it was based on that particular Stormzy album for engineer of the year, but that was recognition for 10 years of work, and it was such a beautiful acknowledgement of that. I met Stormzy through Fraser because he went to him to produce his first album. I was Fraser’s engineer, so I was there for a lot of the writing sessions and was engineering those. Stormzy loved what we’d done so much in terms of reference mixes because we always push to get reference mixes really, really good. He’s like, ‘I love the sound of this, so why don’t you guys mix the record?’ So that’s what happened in the end and we ended up mixing the whole thing. That album won so many awards, it was insane thinking that we had a big part of that.

“With Stormzy we’ve built a really strong working relationship,” she adds. “When he worked on the second album he asked me to engineer some of the songs for him in Metropolis. He’s so precise and likes to go back and correct little bits. Because we worked on the first album together for so long, the more you know someone, the more you know how they like to work. So for him, I think it was a bit of a comfort blanket to have me there. I know that I can deliver it in a certain way and I think that that shows how he values my work, which is really important for me.”

Grandjean strikes me as a perfectionist in the studio; how does she know when a track is finished?

“I think it’s really difficult to know when it’s done… I could make something forever!” she admits. “I always think that it can be better, and the more time I have, the better it can be. But I don’t think that’s necessarily true. I have found that it’s really good to have deadlines. If I didn’t have deadlines, I probably would tweak mixes forever! At some point, you have to let it go and say you’re happy with it. I have noticed that the mixes that are received the best by the artists are the ones that I spend less time on. Sometimes it’s because I’m hearing it fresh and I’m making decisions fairly quickly. I think the longer I leave it, I lose that freshness in that perspective.”

FOR ME, IT DOESN’T MATTER THE SIZE OF THE SPEAKER, BUT THEY HAVE TO BE DETAILED. I CAN’T WORK WITH A DULL SPEAKER.

Recent projects include working with one of Grandjean’s bucket list artists, Nao, by mixing her single, Antidote, as well as the singer’s duet with Lianne La Havas on Woman.

“I have never met Nao or Lianne as an engineer or anything, so I was really excited,” she enthuses. “I was like, okay, I need to really, really make this work because there’s something called spec mixes, when someone approaches you and says, ‘I would like you to mix one of my songs, but because we’ve never worked together, I don’t really know how it’s going to be…’ So you do a spec mix, which means you mix it basically for free, and if they end up using the mix, they will pay you a fee, but they can also say, ‘well, this is not really working for us, so we’re gonna go with somebody else’. I really didn’t want that to happen, so I worked really hard on that mix. They liked it, so after that I had a few more tracks from Nao, like Antidote. Nao really seems to like the mixes, so I’m so happy!”

Grandjean invested in a pair of Genelec 8040Bs at the beginning of the lockdown to allow her to continue working from home, after first using them in her early days working in studios.

“When I was working with Fraser he had 8040s which I mixed a lot on, and he had a big pair of 1035s in the wall – they were massive!” she remembers. “They were the ‘vibe’ speakers for when artists were coming in and we wanted to blast it. I worked with those speakers every day for five years.”

Grandjean set up a home studio in her spare room last year, and knew that the 8040Bs were the perfect choice:

“I know them really well and I’ve mixed a lot on them, so when I looked to get some for home, this was a no brainer. I know that everything’s going to translate well. For me, it doesn’t matter the size of the speaker, but they have to be detailed. I can’t work with a dull speaker. I think most ribbon tweeters sound smooth, but they’re not precise enough. That’s what I’m looking for: clarity and detail, and you can’t say that Genelecs are not detailed! They have a great top end, although I don’t need something to go super loud. I just want precision, clarity and detail.”