Marc Daniel Nelson: The art of mixing for music, TV and film

Since entering the world of audio recording, mixing and production over two decades ago, L.A-based, Grammy-nominated engineer and producer Marc Daniel Nelson has become one of the pro audio industry’s most versatile studio talents. From bands and recording artists spanning multiple genres, through to TV, film, trailers and commercials, he has successfully plied his trade in a great many fields. Here, he talks to Headliner about his journey into music and audio, and the kit that is so essential to his process…

You have worked across so many fields and industries. How did your career begin?

For me, it always goes back to The Beatles. When I was in high school, I was playing guitar and I remember listening to The Beatles growing up, but it wasn’t until the Anthology came out and you could see George Martin at the desk and all that cool stuff. I always really liked playing guitar and writing songs, but I also really liked creating music, where you could almost approach it like woodwork. If you are a songwriter or a player, there is only so much that you can do, you can’t do it all. So my parents let me build a studio in our basement, and I really went to town on it. I got myself a four-track and transformed half of our basement into my own recording studio.

How did you make the step into making music professionally?

I was a really bad student, I had ADHD. I was bored a lot of the time, and I didn’t care about algebra and things like that. I cared about the things that I cared about. I can remember being asked by someone at the time, it may have been a social worker, about what I wanted to do with my life, and they said if I liked music why didn’t I go to broadcasting school? I said, ‘Because I didn’t want to be a DJ’!

Anyway, she ended up finding a space at a place called the Recording Workshop in the late ‘90s, and I got into it. I did a course and came back home and lived about 40 miles out of Chicago, and I started sending resumes out to all these different places. The only one I had a response from, and I must have sent out about 50 of these resumes, was the largest studio in Chicago - the Chicago Recording Company. I went there for an interview and they said they had an internship, and I wouldn’t be starting for three months, but I saw all these gold records on the walls and I just knew it was exactly where I wanted to be.

So, I started there as an intern, and then I started assisting on sessions and got a little bit stuck doing night sessions for a while. That went on for about a year and a half and then I freelanced. That was my introduction to SSL (Solid State Logic) – I believe it was a 6000 – and it was very intimidating, but I was cocky enough to think that I could handle it [laughs]! I think the people there saw something in me – they cut me down, got my ego in check and taught me that there are all these things that I still needed to learn. Seeing the professional side of music-making was great. It was a while before I was properly learning the craft, but it was great to just be a part of it.

I came to work with one of the head post-production guys in Chicago called Tim Butler, who was this great guy – very intimidating, incredibly powerful. A lot of people were turned off by him because he was very intense, but he’d talk to anyone and I really liked him. And he’d push you in the studio. I got to work with him for a year and I learnt how things work, how to run a room, how to talk to clients, what to talk about. I also learned that the most important things are not necessarily the technical aspects, it’s more about how to handle things when something happens. How to speak with people in different situations. Those skills are so important.

You work across so many fields and disciplines. Is there a particular field you enjoy working in most of all?

Like I said before, it all goes back to The Beatles. I got into this to make records: recording bands, working on songs, creating arrangements, and then mixing the songs. But when you have spent so much time working on all of those aspects you can be fried by the time it gets to the mixing part. So I started finding work that was just mixing, because that would be just hanging out with yourself or just one or two people, and working on something with a completely fresh perspective. I also loved movies growing up and I wanted to understand movie-making and the process of movie-making. So I then started to work out how I could do music as well as work in film. I also started going to film school in Chicago, so I was working in both worlds. 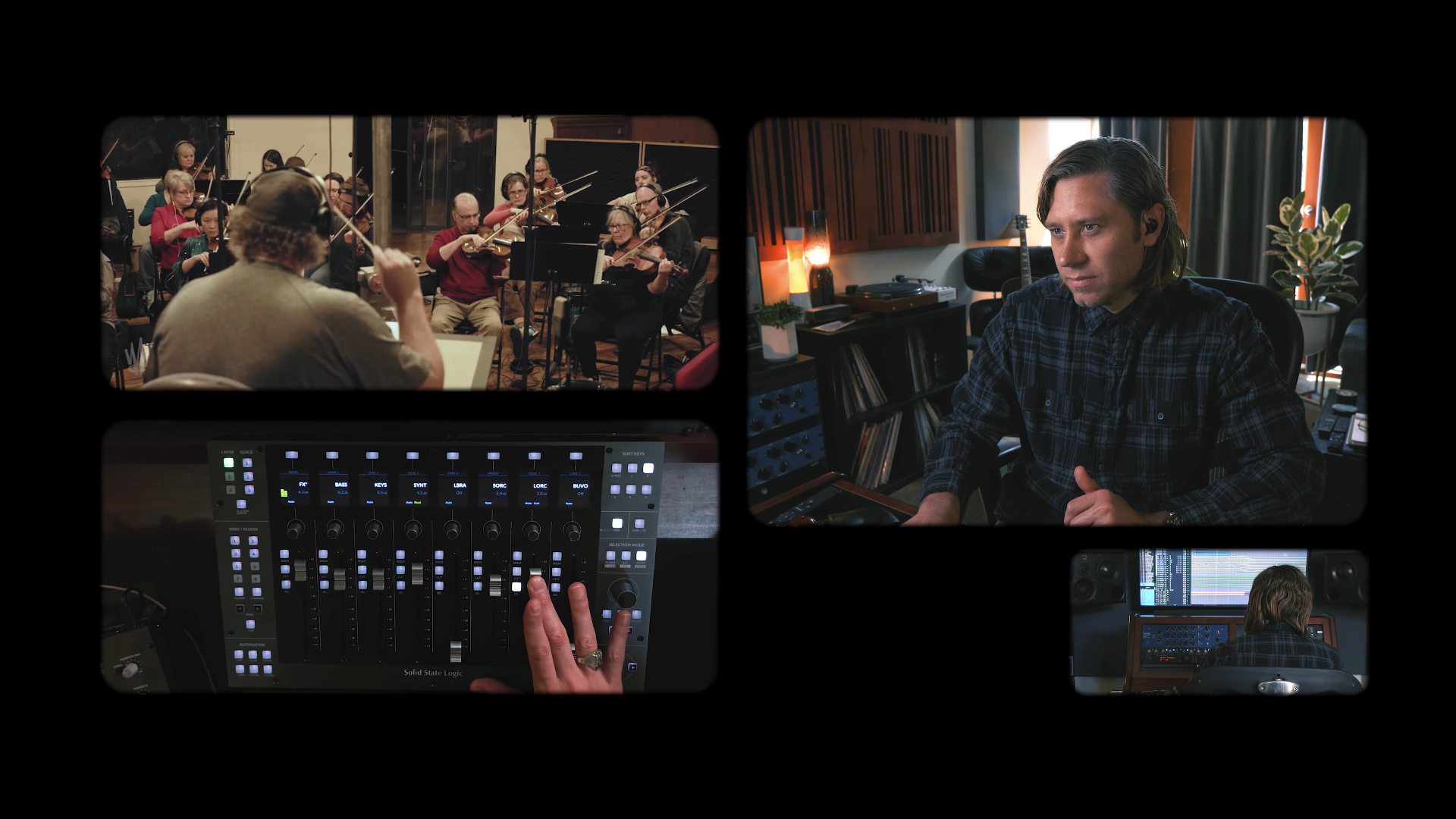 What are some of your essential pieces of kit in your studio set up?

Fifteen years ago, if you were working alone in your own house and didn’t have a consistent amount of work, you’d be in trouble. A lot of people would want to know that you were working on a console, people would often want you to be in the room with them, there were all these ridiculous standards at the time. But now, technology allows you to do so much that you just couldn’t do back then. For me, being in my own room with all my own stuff has been everything, and I’ve been in that atmosphere for about eight years now, where everything is consistent and set up just the way that I need it to be.

I remember I went through all these different tests to find a summing amp that sounded like the records I liked growing up and the ones that I really liked working on, like the SSL 4000, 6000 and 8000. The Sigma is my favourite.

The UF8 has been a game-changer for me, that’s the eight-channel controller. That and the UC1, which are inexpensive when you consider what they are and what they would have been 20 years ago. The options that they give you, and the fact that you can travel so easily with them, is absolutely amazing. And you can still put out great quality records. It’s taken me many years to get the setup and sound that I want, but now it just works so well.

The new SSL Bus+ is a neat one. I got a hold of that early, way before anyone else even knew what it was. I was very interested because I love compressors, not because I love compression, but because I like to be able to colour things slightly. I was interested in The Bus+ because there are a thousand SSL bus compressors out there, so I wanted to see if this was different. I always say, I will never put my name to anything unless I’m absolutely floored by it.

I remember when it turned up, and I was immediately impressed by how heavy it was when I took it out of the box. The features were great, but I also just liked the way it felt. That initial impression is everything for me. If I had taken it out of the box and it had felt light and cheap, then right off the bat it creates a bad impression. But straight away, it felt great, and this was before I even plugged the thing in!

What attracted me the most was the fact it was a VCA compressor, as well as the fact I could get a nice transparent sound, while also being able to get a really good heavy sound. It’s exactly what I wanted from a compressor - it was like the people at SSL had read my mind. You could blend the clean and the harder sounds to create something new, and that’s exactly what I liked. This one box could do everything I had been wanting out of the box for a long time. I really cannot praise it enough.”