Michael League On Solo Album, So Many Me: "I Learned A Lot About Myself"

He’s been described as an innovative force in modern music, a multi-instrumentalist who has won four Grammy Awards, and is even David Crosby’s musical director. Michael League is known best as the leader of the acclaimed fusion band Snarky Puppy, and shows no signs of slowing down in this year that has seen him release his first solo album, So Many Me, and evidenced further by the fact Headliner manages to catch him on a day where he’s running around organising a festival.

California-born League left his New York base four years ago to move to a small village outside Barcelona, Spain. So living in a beautiful place and with that glorious introduction above, it would be easy to over-glamourise League’s career, but he’s certainly put in the grind to get here.

“I started a band called Snarky Puppy after my second year of school (University of North Texas) with college friends,” he says.

“And as that band spent its first 10 years struggling on tour, all 15 of us in a van, I was playing with other artists, I was teaching, playing weddings, playing steak houses, playing with Frank Sinatra impersonators. Every weird gig you can imagine!”

League’s four Grammys have all come from his work in Snarky Puppy, a music collective that has seen 40 players feature at one time or another, and a musical spectrum that covers jazz, rock, funk, world music, and more. The most recent Grammy came last year, for Best Contemporary Instrumental Album, awarded to their Live At The Royal Albert Hall record.

League certainly isn’t the first musician who has always fancied the idea of making a solo record, if only there was the time, only to find lots of it last year. And for someone as insanely busy as League, last year’s global lockdown and the clearest calendar he’s ever had was an opportunity he couldn’t pass up.

Headliner asks him about his experience, knowing he seems to thrive the most in collaborative settings.

His answer is a self-deprecating one: “It was definitely a new experience, and definitely a bit vulnerable. Because I think my main talent as a musician, and maybe it's not the most flattering thing to say, is really just about assembling people, knowing who will work together well, and what that musical result will be.

"I partly did it too as a challenge to myself to see if I can hang with that kind of environment. I learned a lot about myself, about my deficiencies as a musician and also about what I'm capable of and what I'm absolutely not capable of. So it was fascinating.” 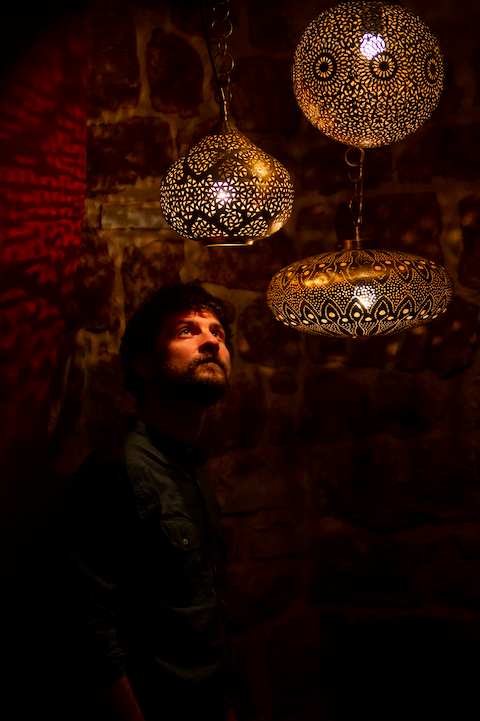 Some people like to be comforted, some people need to share their feelings with others, and some people just want to be left alone. And I'm one of those people.

Take a listen to this new solo work, So Many Me, and you will quickly know League is far more than some glorified musical curator, such is the level of craft, songwriting and assemblage of sounds.

And with his background in jazz, the stunning and complex vocal harmonies are a real joy. Headliner starts by discussing the album’s lead single, Right Where I Fall.

“It's basically addressing one way that people handle the feeling of the world collapsing around them,” he says.

"I think it has a different resonance, considering that it was composed during a global pandemic, so the music video is designed to reflect that. Of what it feels like when you're in the middle of a storm of anxiety or depression.”

Don’t go thinking this means an end to League’s collaborating days – he’s set himself the unenviable task of producing 12 albums this year alone, so plenty more to come after this excellent first outing as a solo artist.

“Two of those albums are Snarky Puppy and Bokanté records. And those are always really big productions. Especially this Snarky Puppy one, which will be a live one in-studio with an audience. Then I'm also doing a documentary this year on Texan music, so I think I put a little too much on my plate, but I'm gonna live through it, I think.”