I arrive at a Victorian bus factory turned-trendy office space five minutes from Caledonian Road tube in north London. As I’m shown in to Michael Price’s studio, the therapeutic smell of frankincense wafting around the room from an aromatherapy diffuser greets my nostrils. Michael appears, sporting a beard and greeting me warmly — a beard so foreign to me, that I hadn’t realised we’d both been present at the Erased Tapes 10th anniversary party, where I’d hoped to ask for this interview in person rather than through the usual PR channels.

As I place my voice recorder on a shelf next to a cute little Sherlock Holmes figurine, the conversation naturally turns to Sherlock, the outrageously popular BBC show Michael co-scores with David Arnold.

“Everybody involved in a show like that grows and changes,” Michael says. “We were looking through some clips from the very first episode, and visibly everyone is so much younger. Martin [Freeman] and Benedict [Cumberbatch] look like they’re in drama college. It becomes part of your life, and Dave [Arnold] and I scoring it — the way we respond to characters changes also.”

Michael’s story begins humbly — after getting his music degree from the University of Surrey, he began writing for contemporary dance, albeit for shows at diminutive arts centres in Rotherham.

“I was always quite ‘techy’, which back then was relatively rare,” Michael explains. “So I started working for a very small company that made the notation software Sibelius, when they’d just started developing it. And then through the Royal Academy Of Music I got a phone call asking if I’d want to work with Hollywood composer Michael Kamen as an assistant. Me and his other new assistant turned up for work on a Monday morning, and Michael showed up on Wednesday afternoon, two and a half days late [laughs]!”

Through working with Kamen, Michael also got to assist on an album called S&M, in which heavy metal legends Metallica collaborated with the San Francisco Symphony for a live concert and recording.

“There’s some hilarious ‘making of’ videos that you can still see on Youtube,” Michael says. It’s true, I’ve couldn’t resist a watch myself. “They show me and James Brett (Kamen’s other assistant at the time, now a film composer himself), the two most middle class, English, not rock and roll at all people — sitting in a dressing room with Kirk, James and Lars, trying to explain to them what is about to happen on stage.”

Continuing as an editor and assistant, all the while harboring ambitions to be doing the composing himself, Michael has credits on some of the biggest films of recent decades, including the Lord Of The Rings trilogy, and romcom Love Actually. In 2002 he would begin working with David Arnold, with whom he quickly formed a 'sympathetic' relationship:

"We’ve both always been able to leave our egos at the door,” Michael says. He assisted the veteran composer on films such as the Simon Pegg police comedy, Hot Fuzz, before they approached scoring Sherlock as equals.

Most film composers are content to just work within the film world, or at least seemingly so, but Michael has also taken time out from scoring to release an EP of string quartet music, A Stillness, in 2012, and an album of broader instrumental music entitled Entaglement in 2015.

“Film and TV are a wonderful thing to do,” he says. “I love the combination of images and music, it’s extraordinary. But when you take the music away, you’re inevitably left with the imprint of where it was in the first place. The music takes on the shape of the scene or the story. The thing that’s so satisfying about my own work, is ideas can evolve in their own time. That doesn’t mean they take longer or it’s a grander idea, I just love planting a musical seed and seeing how it grows.”

As I’ve always found with artists who release their music on London label Erased Tapes, Michael starts talking glowingly about the label without any prompt from myself:

“Robert Raths (head of the label) heard four little string quartets I’d written just for a laugh really, through a friend. Being part of the Erased Tapes family has given me a context within a group of people, which has enabled me to start discovering and expressing what it is that I want to say.” 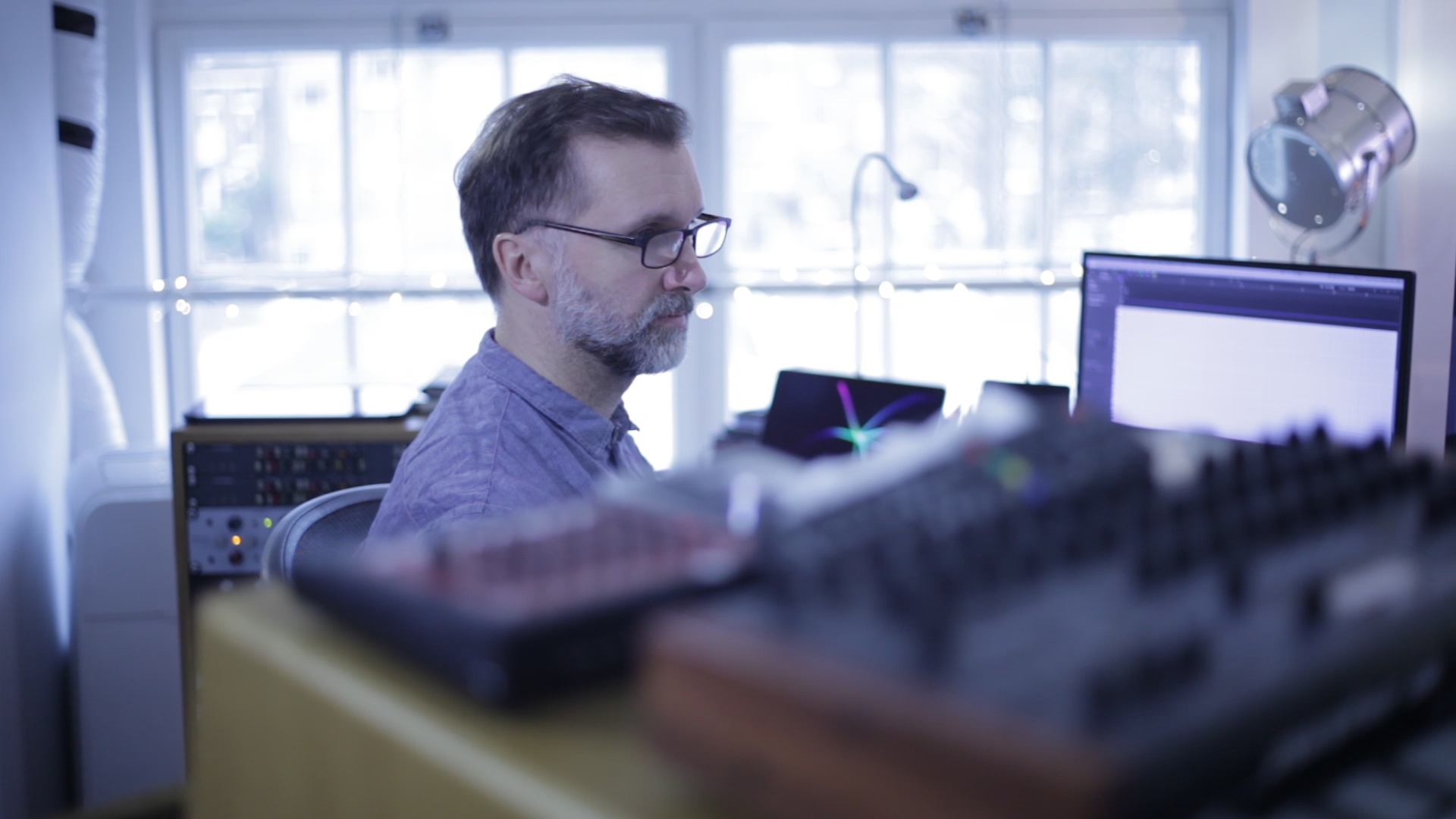 If you can find a daily joy in the process of making music, you’ve already won. Michael Price

As Michael explains to me his latest solo project, called Tender Symmetry, it’s clear that the freedom of his solo work lends him an infectious enthusiasm that he might not have were he still purely working in film.

“It consists of going to six different venues in the UK, and writing new pieces for them,” he says. “So they might be historical buildings, political, religious, industrial — spending some time there, coming back, writing a piece, then going back with some musicians and recording there. I just find there’s something so immersive about experiencing music in a different environment.”

Michael also tells me how virtual reality and 360 immersive filming has been becoming something of a passion for him, and how he’ll be tying this all in with his contribution to Piano Day 2017 (an event started by Nils Frahm, to celebrate his instrument on the 88th day of the year….get it?).

“We’re going to do a live video and recording from a studio, where I’ll be playing and improvising, and building a rig of guitar amps and effects. We’ll be broadcasting that on Piano Day on Facebook in 360, so that you can experience it in the most immersive way possible.”

As you might expect, Michael has an epic set up:

“For film and TV, I’ll write in Logic and then mix and edit in Pro Tools... Although I still use pencil and paper a lot! I also try to incorporate as much analogue gear as I can into a hybrid digital process. When I’m writing in Logic, I go and write in my template which has eight stems in it — those stems will probably be going through some external hardware. I have a Prism Sound EQ going through the main outputs all the time. I use my Valve amplifier over my sample strings actually, to give them a bit of colour and life.”

I’m struggling to stifle my jealousy as we admire Michael’s entire wall of synthesisers:

“For VSTs I like to use Reaktor, making patches in there,” Michael says. “I also like Zebra — something like using Omnisphere, but throwing our own sounds into it. And to hear it all, I have my B&W 801 speakers.”

My final question is asking Michael what advice he would offer to younger composers, to which I receive an answer that is as poetic as it is wise.

Here’s hoping that Michael keeps finding that daily joy, and sharing it with us, for many years to come.