Miloco has officially taken over Assault & Battery studio 2 in London, which until recently was owned by legendary record producers and mix engineers, Alan Moulder and Flood. Although they’re not completely severing ties with the recording space, as Headliner discovers...

Even the most experienced producers and engineers have to take a moment when they meet their idols. Despite having worked with The Killers, Nine Inch Nails, Queens of the Stone Age, Two Door Cinema Club, Royal Blood, Foo Fighters and Arctic Monkeys, that was exactly the case for record producer, mixing engineer, and audio engineer, Alan Moulder when he got a call from Jimmy Page.

“We mixed Celebration Day, which was Led Zeppelin's live album, and being a childhood massive fan of them and getting a phone call from Jimmy Page...I had to sit down for a while after that! Mixing Kashmir on a Friday afternoon was pretty good, and getting Jimmy Page to okay my Stairway to Heaven mix – that was pretty okay,” Moulder grins.

Moulder is speaking to Headliner at Miloco’s Assault & Battery 2. As of March 2020, Miloco are the proud, exclusive managers of the legendary Assault & Battery 2 studio in Willesden, London. Although still owned by Flood and Moulder, the studio will now be fully available for commercial bookings via Miloco.

Assault & Battery 2 started out as Studio 3 of the illustrious Morgan Studios back in the 1960s. The likes of Pink Floyd, Led Zeppelin, Paul McCartney, Black Sabbath and The Cure were some of its clients. In 1975, studios 3 and 4 (now Assault & Battery 1) were sold to the Zomba Group, who renamed the studio complex to Battery Studios. During this time, artists such as Iron Maiden, Billy Ocean and The Stone Roses became clients of the studio. After a few additional changing of hands, Flood and Alan took over Studio 4 in 2005 and Studio 3 in 2008 and changed the name of the complex to Assault & Battery.

An exceptional spec has been compiled by Moulder and Flood throughout their careers, including a pristine 72-channel SSL G+ SL4000, a huge range of outboard (including many rare and popular compressors, mic pres, reverbs and effects processors), and a ProTools HD 192 rig loaded with a staggering number of plugins. Not to mention a magnificent choice of guitars and amps, complemented by Moulder’s immense collection of pedals.

Today, Moulder is one of the world’s most sought-after mix engineers and producers of indie rock. It all started in the ‘80s at Trident Studios in London, where he worked with influential producers like Jean Michel Jarre, and met Flood for the first time.

“I trained at that studio – as you did in those days – working my way up to being an engineer,” he reflects. “While I was there I gathered a few clients, and I looked like I was going to be going into dance music because I was doing a lot of dance mixes. But then I worked with a band called The Jesus and Mary Chain, and we made an album together that I engineered.”

Setting Moulder down a path of indie and alternative rock, he then went freelance and went on to work with My Bloody Valentine as an engineer, later securing work with The Smashing Pumpkins and Nine Inch Nails off the back of that.

“I kind of slipped into production where I produced a lot with bands. I'm like the interface between the ideas in their head and what appears,” he says. 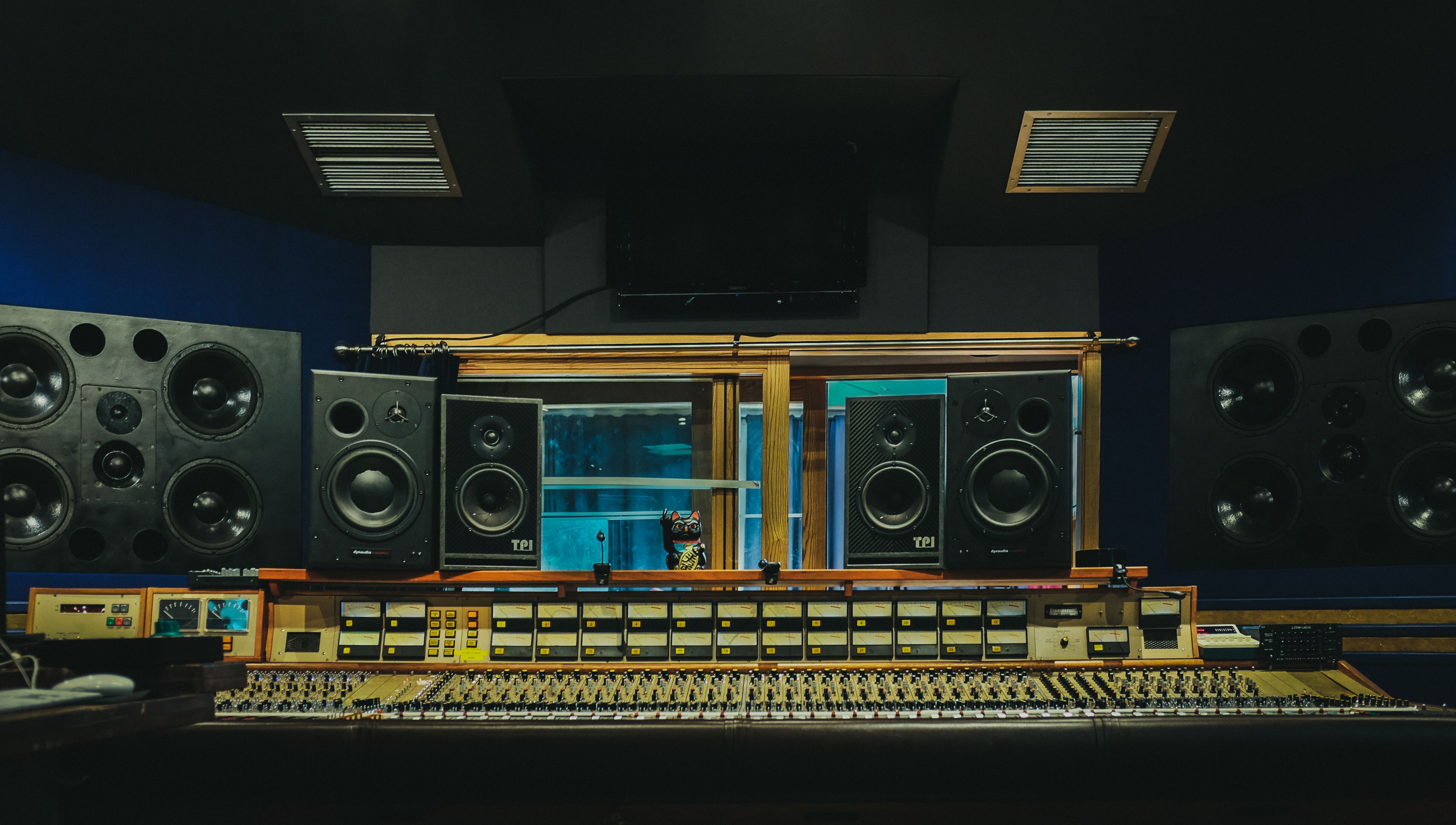 "Mixing Kashmir on a Friday afternoon was pretty good, and getting Jimmy Page to okay my Stairway to Heaven mix – that was pretty okay!"

Remembering starting at Assault & Battery with Flood all those years ago, he reminisces:

“We used to come here when it was Battery Studios! We would come into the room we’re sitting in now – the mix room; we used to use this as one of our mix rooms of choice. We were always very persnickety about the sound of the control room, which is funny to say. You think that it's a given that control rooms sound accurate and good – a lot of them really, really don't,” he laughs.

Although they had a few go-to studios that they liked to work in, Flood approached Moulder to tell him that Battery was available:

“Flood said to me that one day, we might not be able to get into those studios, or they might be busy, so wouldn't it be good if we had it. I thought, ‘do I really want a studio?’ Then I realised that he was right.”

This coincided with Nine Inch Nails’ lead singer, Trent Reznor moving his setup from New Orleans to LA. As luck would have it, he no longer wanted his SSL G+ SL4000 console, which Moulder immediately snapped up.

“I love the sound of it, so we bought that off him and set up the room, which is the room we've been in for about 15 years now. And that was the start. Then a few years later, the recording room upstairs became available [Assault & Battery 2], and we decided to take that on. So we've kind of got a little community in here.”

The control room is built around a Cadac G-series, formerly owned by Radiohead, and the recording is done to Pro Tools HD3 Accel running on an Intel 8-core mac. The monitoring options include the Quested 412 three way active monitors for mains and a selection of near fields including Quested S8 active monitors, Dynaudio BM15as and TPI RN1s. The outboard is also second to none, including units such as the Chandler TG1 stereo compressor, 1176 compressors, Helios Type 69 mic pres and many more populating the racks.

But it is perhaps the live room that producers and bands find so attractive about this studio. Assault & Battery 2 is one of London’s last remaining classic recording studios and as such, the sought after sound of its live room is now stamped on countless classic records.

The main recording area, with high ceilings and natural daylight, is big enough to host not only bands but also small string ensembles of up to 16 players. To the side, there are two large isolation booths, one bright sounding - ideal for those seeking colourful drum sounds - and a second booth that houses a unique collection of rare vintage synths, including a Roland System 700.

Moulder welcomes the decision of having Miloco take over studio 2:

“I haven't even used the room upstairs for a year,” he admits. “We had a good run of stuff when Flood was producing up there and I was mixing it down here, which again, we can still do, but Flood was feeling a bit responsible for having to fill the rooms. And as a producer, you can't dictate to an artist where they're going to record – they might want to record in a different country, or in the countryside or something. So this seemed like the best solution, because we haven't lost anything: we can still book it when we want. Obviously, we're slightly sad, but there's not really any downside.”

Moulder says he’s moved into mixing because of his early days at Trident:

“I always did more mixing when I started off there, so I come from a mixing background. It’s my favourite thing and is what I think I'm best at. I enjoy the process of having to finish something every day – it's quite a challenge and it's down to me at the end of the day. You're the one who's got to put it off.” 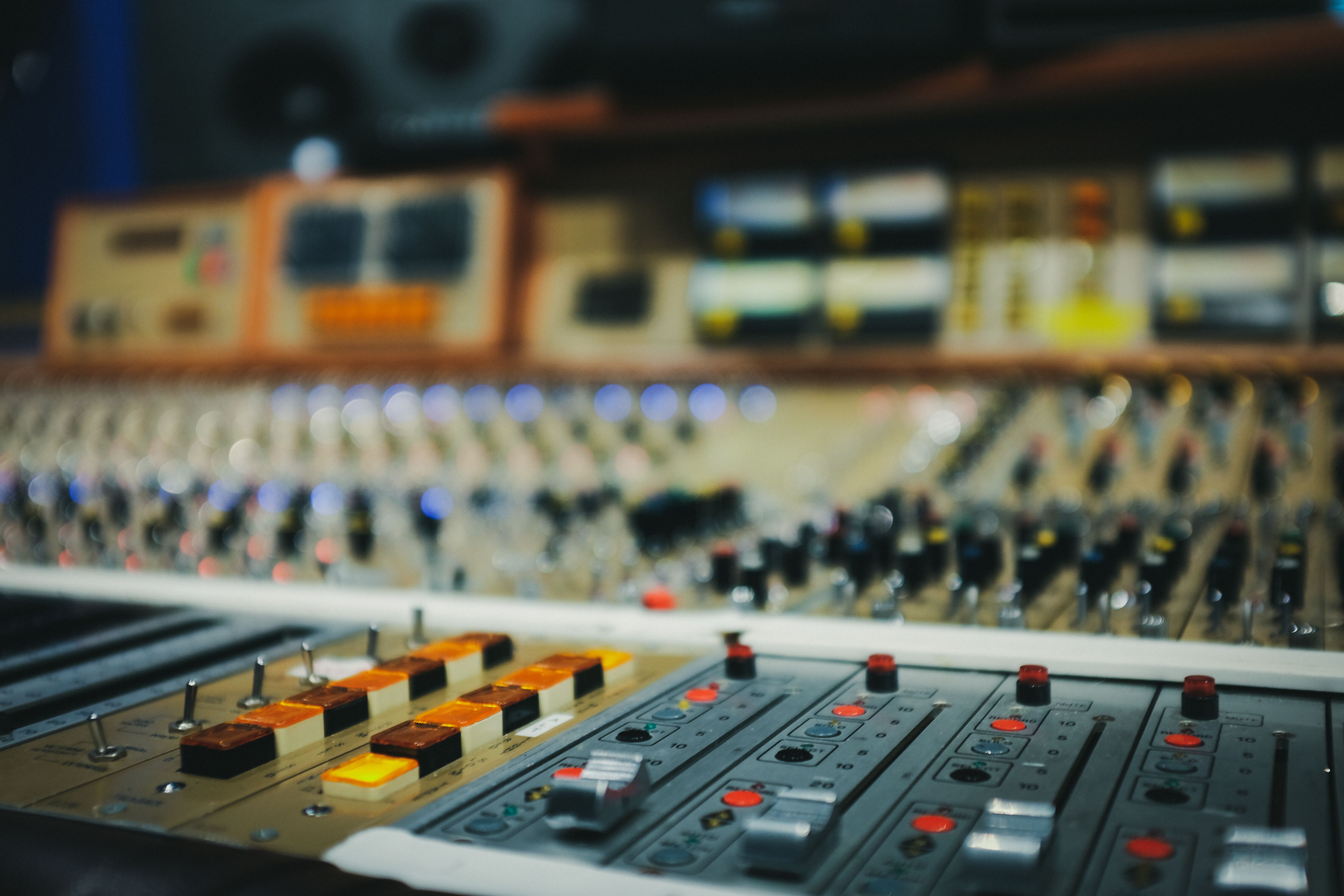