MK: Staying Ahead Of The Curve As Live Music Returns

When one thinks about dance music from the last few decades, a number of huge names spring to mind. One of those who continues to break new ground, having established himself as an idolised figure in the genre, is Marc Kinchen, often simply better known as MK. The Detroit-born producer, remixer, DJ and record label owner is this year set to release his long-awaited debut album, which provided Headliner the perfect opportunity to learn more about his recent collaboration with a certain high-end car brand, how he’s pushed the envelope with his sound over the years, and what to expect from the legendary house guru as live music returns in 2021.

After having so much on his plate over the last few years, and despite the challenges of quarantine, Kinchen has been using the pandemic as his chance to take some well-earned time off from airport hopping, and has instead enjoyed spending some time at home with his kids. One thing he has been missing dearly, however, is playing to a live crowd.

“Earlier in my career I didn’t DJ, so I never really had the luxury of being able to utilise the crowd energy, and then take that back into the studio with me,” Kinchen reveals. “But in the last seven or eight years through DJing, I’ve learned what the crowd likes, and it informs me of what’s coming up in the future sound-wise so I can stay ahead of the curve.”

And not only has MK stayed ahead of the curve, he has bashed it into submission - releasing two massive singles, Piece Of Me and 17, over the last few years and playing them to enormous audiences at a number of big festivals. The latter has sold more than one million copies in the UK alone.

“But because there’s been no shows,” he continues. “I’ve changed the production for the recent singles, and not really focused on a live setting single. People are listening to music in a different way at the moment, so that changes your perspective when it comes to making a track.” 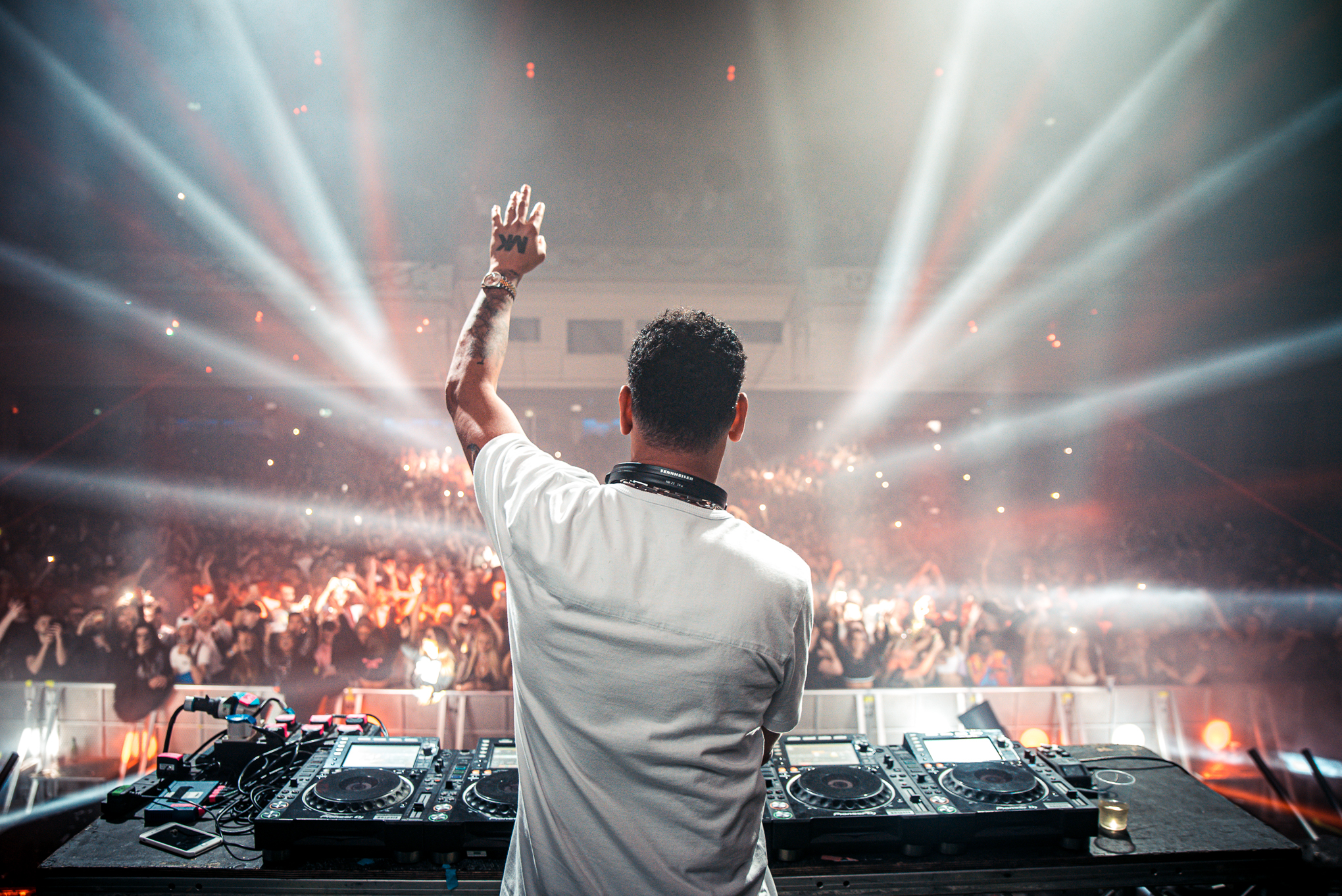 Kinchen’s first single of the year that features UK vocalist and songwriter Raphaella, Lies - an emotion-tinged dose of club energy - is one of those tracks that he approached in a slightly different manner, as it was made smack bang in the middle of lockdown. The timing turned out to be perfect, tying in nicely with his invitation to appear in Jaguar’s new F-Pace ad campaign, for which he was also pivotal in overseeing the musical process.

A career-defining moment that combined two of his biggest passions, Kinchen decided Lies would be the ideal song to backdrop the TV spot’s dark, moody vibe.

“When Raphaella sent me Lies, I knew it would work for the commercial - it just felt right; not too club heavy, and melodically it sounded cool. It isn’t necessarily the kind of track that needs to be played on a huge system,” he says.

Lies (along with Piece Of Me and 17) is also going to appear on Kinchen’s upcoming debut album, set for a late 2021 release - although it’s somewhat difficult to comprehend that this is MK’s first proper record, considering the fact he’s created some of the most influential house tunes of all time. 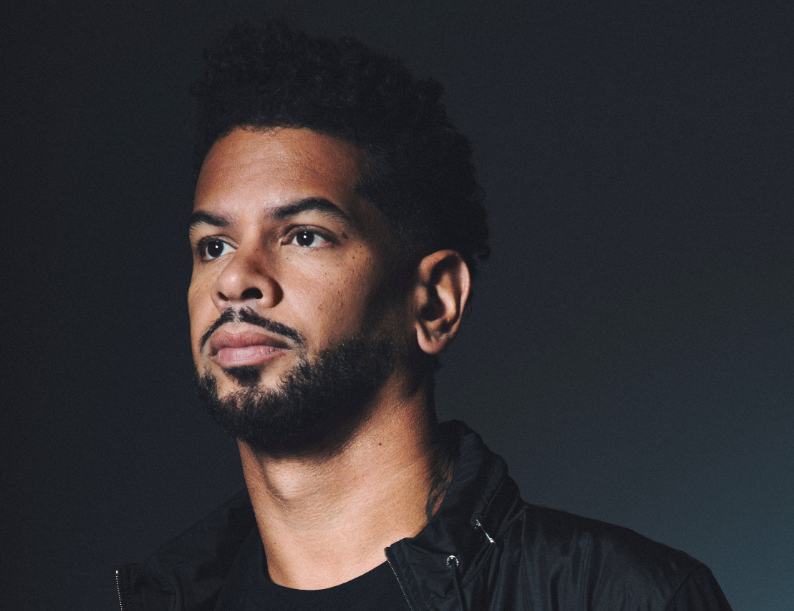 GOING BACK INTO HOUSE - I PREFER TO HAVE VOCALS FIRST; THEY’RE THE THING THAT INSPIRES ME THE MOST.

“I signed with Sony [Music] a few years ago, and we’d talked about an album for a long time, but for me personally it just never felt like the right moment,” he shares. “It was just when Spotify started to become a huge part of the industry, with people mostly streaming music rather than buying albums - I think we’ve got that figured out now.”

When he first started learning to produce at the age of 15, Kinchen was making alternative electronic music, soon developing that into the iconic house sound that we see increasingly making its way into the mainstream.

“Prince was always one of my idols for sure,” he reveals. “I just love the way he was a producer, musician, and songwriter all in one package. I never wanted to sing, but I did want to be a go-to producer and learn to play instruments. In the early days I was actually listening to a lot of alternative stuff, like Depeche Mode and Soft Cell.”

Kinchen’s love for house transcended a growing passion for producing hip-hop beats in the ‘90s, but what was his reason for moving away from the burgeoning house music scene?

“After I did the Push The Feeling On remix with Nightcrawlers, it seemed like I was getting hired for remixes once a week for a really good fee, but every single person wanted to sound like Nightcrawlers,” he recalls. “At the time I was 20 years old, and it was a tough decision for me. I didn’t want to get stuck chasing that sound for five years and then burn myself out, so I decided to just focus on something else...

“I ended up meeting Quincy Jones; he heard my RnB stuff and ended up signing me to a publishing deal, which felt like the perfect time for me to make a quiet exit from house music. There were so many people in hip-hop and RnB that I worked with and hung out with, so I had no desire to go back into house music. “ 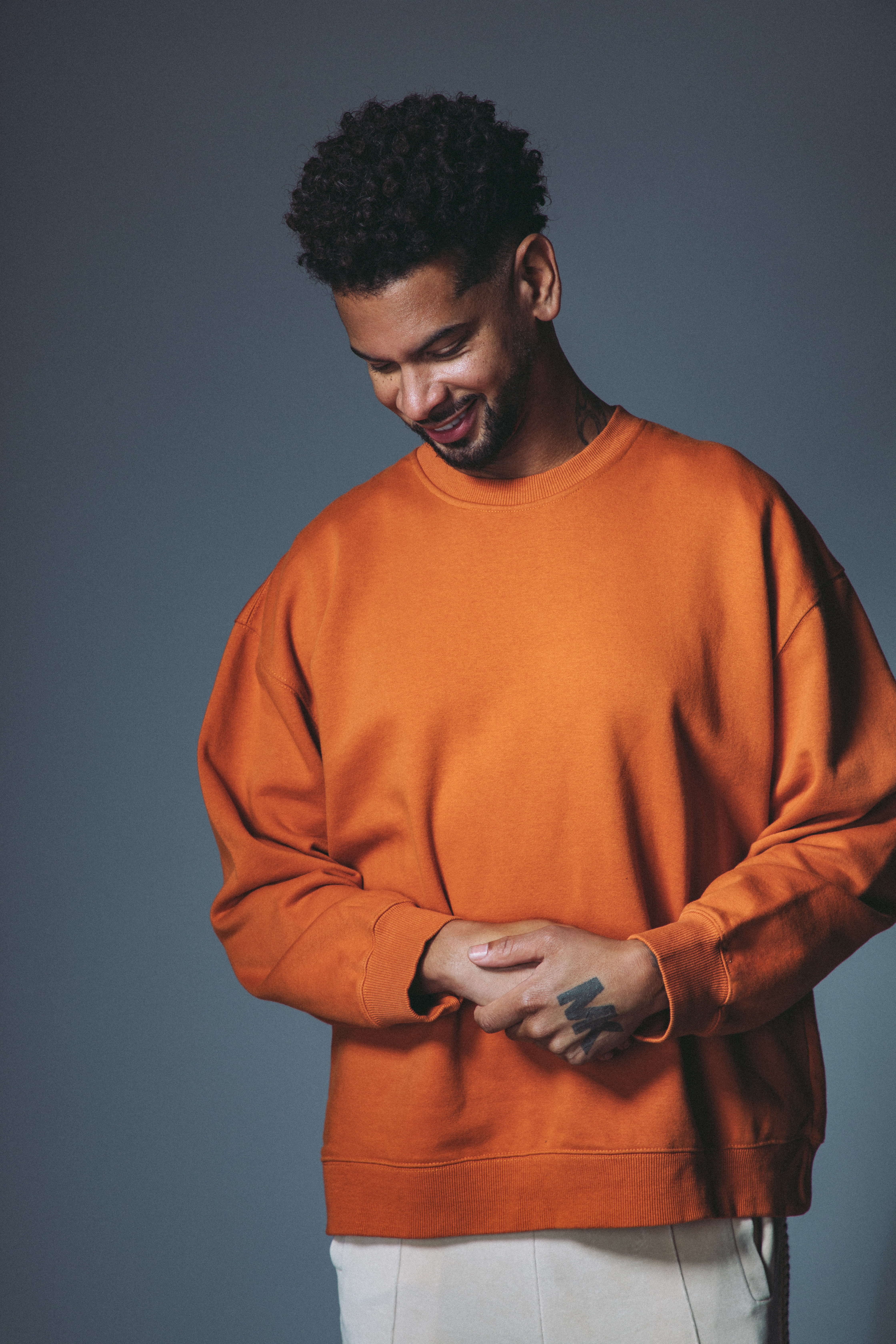 Of course the industry soon started to change, with the arrival of services like Napster and music piracy issues on the rise:

“The record industry was losing money, and the RnB and hip-hop stuff was not working the way I thought it would,” Kinchen adds. “And then Pitbull sampled Nightcrawlers 20 years later, like a full circle moment!” (Kinchen’s iconic remix was used as the basis of Pitbull’s global hit record Hotel Room Service).

Not realising that house music had been ‘in’ the whole time, MK used this as his chance to re-immerse himself in that world.

“I love house music more than anything, and once I came back wiser and more mature, I knew I shouldn’t have left, and could see what mistakes I’d made,” he says. “And one of the mistakes I made was not DJing in the ‘90s. I knew if I wanted to get back into house, I had to do it properly and start DJing.

“Burning was an original production, but after that it just seemed like everything was remixes, which kind of forced me into a different approach of learning production. I got to a point where I needed vocals to start a track; I’d get hired for the remix, take the vocals, erase the rest of the original music, and then build the music from that. I just got used to producing that way, but when I started doing hip-hop and RnB it was the opposite, because I would have to write a track from scratch and then have a writer come in and write to that.

"So going back into house - I prefer to have vocals first; they’re the thing that inspires me the most. It doesn’t have to be a full song. It can just be a line or simply five words, and I’m good. If it’s something catchy, I can work with it. So my process now is to try to get any kind of vocal and build from that, which is exactly how I approached Lies.” 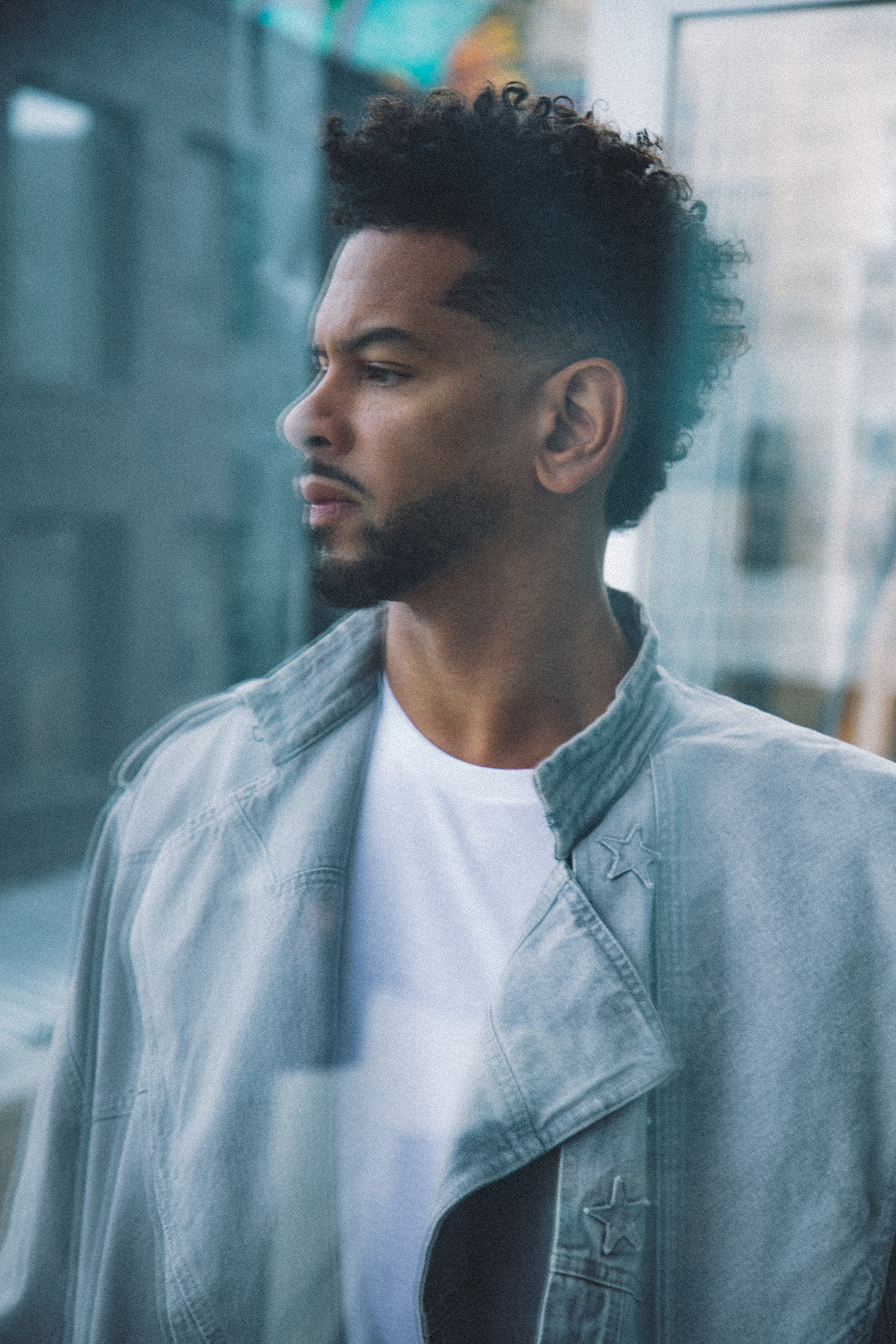 As his creative process has evolved, MK has also switched up his production setup over the years. Interestingly enough, he reveals that he had a “really nice” setup in the 2000s when he was in New York, but when he ended up moving to L.A. he sold a lot of his gear, “and I wish I hadn’t!” he says.

So having started afresh a couple of years ago creating his new production rig, Kinchen now uses an SSL AWS 948 console with Logic, “because I can do everything quicker with it. Ableton is better for creating dance music, so I sometimes still do my basslines on there,” he explains. “I’ll mostly start new projects in Logic to get the track to where I want it, and then separate tracks on the console and start adding outboard gear to tracks to make them sound bigger; the automation is one of my favourite features on the desk.”

Kinchen also has a lot of outboard gear, and while he finds plugins very useful (and has a lot of them at his disposal), he simply doesn’t view them as equal to the actual hardware.

“I’ve got a Shadow Hills Mastering Compressor that I love, and an SSL Fusion that’s amazing,” he adds. “The Fusion comes into play on every song I make; I use it from the very beginning of a project and it’s like the perfect Swiss army knife. I’ve also just got a bunch of the new Neve stuff, like the 1073OPX and the AMS RMX16 which are just lovely.

“I’ve got a whole bunch of synths, but the thing I use the most is my Native Instruments Maschine. It’s just a piece of the puzzle that I have to have - it’s really good with drums and vocal chops especially.”