Mr Jukes (aka Jack Steadman of Bombay Bicycle Club) and East London rapper Barney Artist bonded years ago over a mutual love of the ever-changing landscape of modern hip-hop, and taking the piss out of each other. Headliner catches up with the pair as they are gearing up to release their collaborative album, The Locket, preceded by the breezy, laid back single, Vibrate.

Jack – why did you focus on making this album instead of say, another Bombay Bicycle Club record?

JS: I'd always been making that kind of music on the side, and I think it was slowly feeding more and more into Bombay and affecting that kind of sound, which was cool, but eventually it got to a point where I just wanted to draw a line in the sand and separate the two and really make an album that wasn't just little bits of that sound.

I wanted to dedicate years to it and put a real effort into making it as good as it could be, and this was the result.

Tell us about discovering Barney Artist on a Spotify playlist. Why did his music make such an impression on you?

JS: I just really liked Barney's flow, and it made sense when we met – the people we were talking about in terms of our influences and our favourite groups, unsurprisingly, turned out to be quite similar.

When I heard him rap, it was very familiar to me, but with this London thing, which was perfect because we both love a lot of very classic American hip hop. I wanted it to sound like where I'm from as well, even though we're from different parts of London. It's got an American feel but with a very British twang to it.

Barney – what’s your side of the story? What did you think when Jack got in touch?

BA: Well, I think I was living under a rock. I didn't have a clue! I didn't know what a Bombay Bicycle Club was, or a Mr Jukes. So I think when he met me, it was love at first sight...on his end [laughs]. We just really hit it off.

The first one we made together was Blowin Steam, and the song was done in a couple hours. From there we made another song and then he decided that he wanted to do some Take That-style reunion with Bombay Bicycle Club, so there was about a two year gap of not making music and then obviously lockdown happened and they couldn't go on tour.

So he was like, ‘we should probably finish this album’! 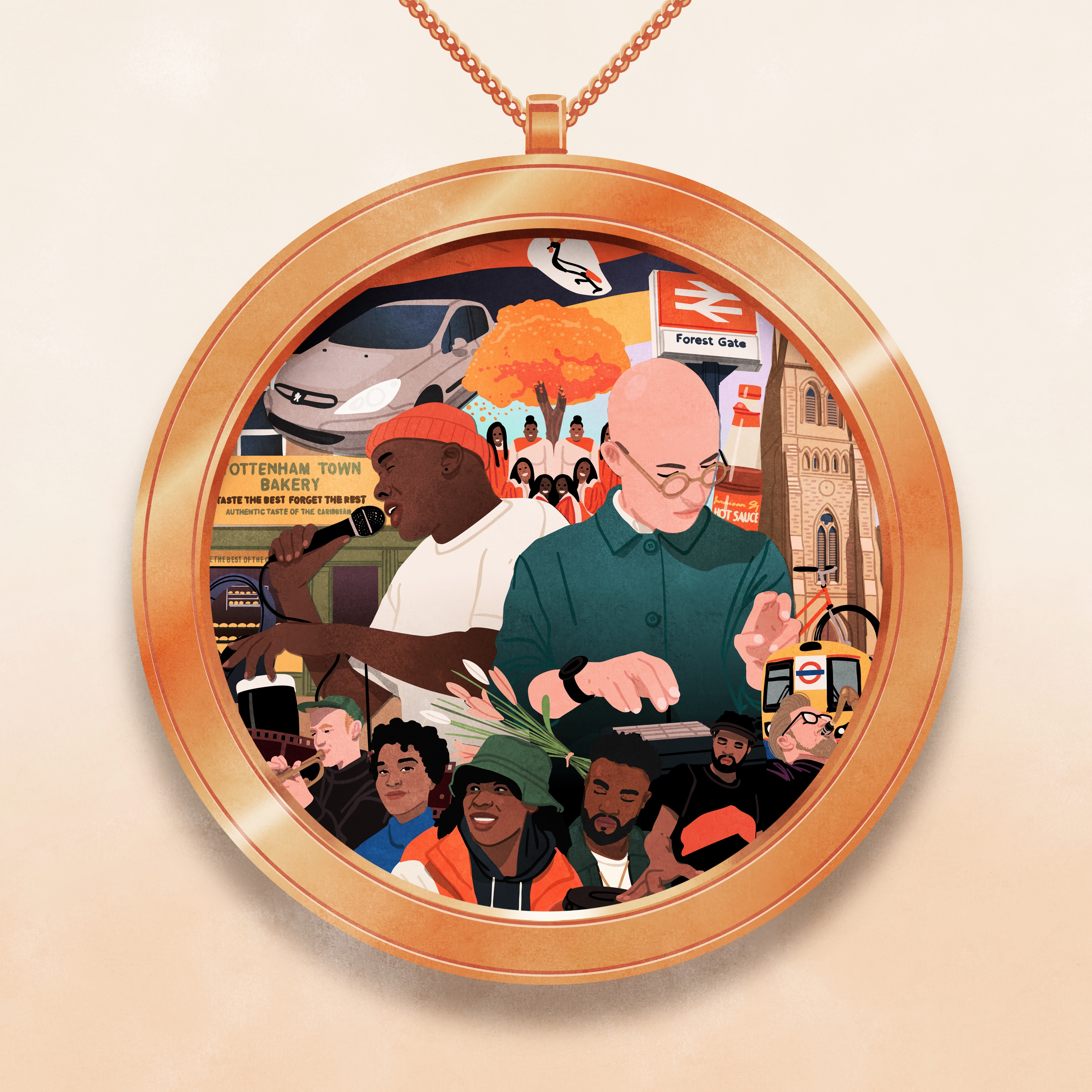 If you're going to be being creative with someone, you have to be secure in yourself to be able to laugh at yourself and take criticism and jokes. Jack Steadman

What is it about both of your styles that work so well together?

JS: The music is something I never really worried about, but what really galvanised the whole thing was more the personal relationship; if you're going to spend all this time together you have to get on really well.

As soon as I noticed that, I was like, ‘this is gonna work really well’.

Vibrate was the last song you made for the album; why was it the perfect track to introduce listeners to the Mr Jukes & Barney Artist sound?

JS: Because it has a bit of everything and it wears our influences on its sleeve a bit. The sound of the album sounds a bit like A Tribe Called Quest, with that kind of flow and beat. It's quite summery, hopeful and optimistic, which is kind of perfect timing.

BA: Yeah we’re massive A Tribe Called Quest fans. A song of theirs that always rang true to me was Check The Rhime; there’s this line that goes, ‘Industry rule number four thousand and eighty, record company people are shady,’ and I always found that really interesting.

Vibrate is kind of speaking about the music industry, and about being careful and avoiding sharks and whatever, but with a happy, energetic vibe. So it's kind of like putting the medicine with the sweets and trying to mix it in, and you won't even notice it.

If you listen back to the lyrics now, you might go, ‘oh, hang on a minute!’ I think it's a good indicator of what the album is like. Jack decided that he wanted to sample a lot of the tracks, which made us have no money, so I was like, ‘let’s make a song with no sample,’ and we made Vibrate!

Listen to the full podcast interview with Mr Jukes and Barney Artist below.