Canadian rapper, singer, songwriter and producer NAV’s wavy sing-rap flow and mesmerising trap beats have seen him amass a collection of chart-topping hits in a relatively short time period. Hailing from humble beginnings, the Toronto native’s high-profile connections have helped propel his career forward, and he’s now sitting on a pile of successful projects through collaborating with many of the industry’s top names.

2020 was an equally massive year for Nav, topping the Billboard 200 with his third studio album, the feature-heavy Good Intentions, and closing out the year by teaming up with Wheezy on the Emergency Tsunami mixtape. It’s been a rollercoaster to say the least; Headliner recently checked in to see how he’s enjoying the ride…

Born Navraj Goraya in Toronto, the now 31-year old Nav had his first taste of fame when reality TV star Kylie Jenner posted a Snapchat video of herself singing along to his song Myself, yet this was by no means the catalyst for the superstar rep that he’s since secured. Having steadily built a large following through a string of SoundCloud releases, beginning in 2015 with Take Me Simple, he had long been ready for the big time.

Fast forward to 2021, and Nav has established himself as one of the most sought-after producers and artists in the trap game. Everyone needs a little time off now and again though, and he joins Headliner for a chat just before taking a well-earned trip to Turks and Caicos.

“When it comes to the lockdown these days, my manager [and co-founder of record label XO] Cash built a studio in his guest house, so I can go over there whenever I want to get some stuff done and just play basketball in the backyard,” he begins. “Things are slower, and it’s given me time to think about a whole bunch of things that I didn’t before.”

Nav is clearly appreciating the downtime that, like many others, he has suddenly been thrust into, although it’s a far cry from the hectic start he had as a recording engineer and producer.

Growing up listening to the likes of Nas, 50 Cent and The Diplomats, Nav spent most of his high school days experimenting with production and making beats for friends, and soon turned his hand to engineering in order to make a quick buck.

“There’s not that many studios in Toronto and you’ve got to start at the bottom - it really was all about beats for me at the start,” he shares. “My uncle was a singer in India and he had a little studio where I used to go watch him record. Indian music is made very professionally; if there’s even a little scratch in their voice they’ll redo the whole thing, so that was how I learned to cut tapes together.

“So when it came to me making beats for local artists in Toronto, I’d try to be super flexible and responsive, and I knew how to add FX to make shit sound good, so everyone all of a sudden wanted to record with me. I was making $300 or $400 a week off of that which was amazing for me at the time, so I just kept it moving.” 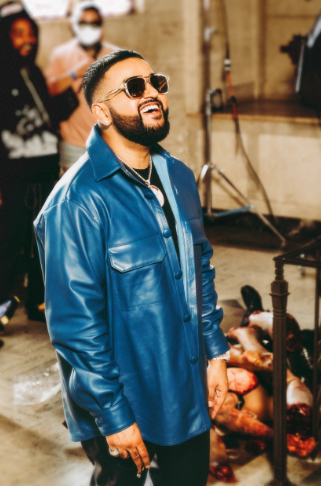 But it wasn’t all plain sailing from this point. It took some ups and downs; a few fallouts, a couple of “regular” jobs and quitting music for a whole year before things really took off again.

It was several events that occurred early in Nav’s career that widened his profile exponentially. A beat that he produced with fellow Toronto producer Daxz ended up getting used for Drake’s Back to Back, a diss track that the God’s Plan star dropped in July 2015 at the height of his beef with Meek Mill. Although Nav didn’t take much credit for it at the time, the song would go on to earn a Grammy nomination for Best Rap Performance in 2016 and hit No. 21 on the Billboard Hot 100.

Then in January 2016, Nav’s track Take Me Simple featured on Drake’s OVO Sound Radio on Beats 1, and later that year he appeared on hip-hop star Travis Scott’s single Beibs in the Trap. He soon found himself signed to XO, the Canadian record label co-founded by the Weeknd, marking his next big step to the top. And despite all this, he tries his best to stay grounded:

“I’m pretty much the same person now,” he admits. “I’m just more comfortable knowing that there’s money in my account. Other than that I still live the same way I lived back then. Now I just have more free time, and I’m doing more exercise I guess!”

After reaching Canadian and US chart peaks with mixtapes NAV and the Metro Boomin collaboration Perfect Timing, Nav issued his official studio debut, Reckless in 2018. He topped the Canadian Albums Chart and the Billboard 200 the next year with Bad Habits, and did the same in 2020 with Good Intentions, but he wasn’t ready to slow down just yet. 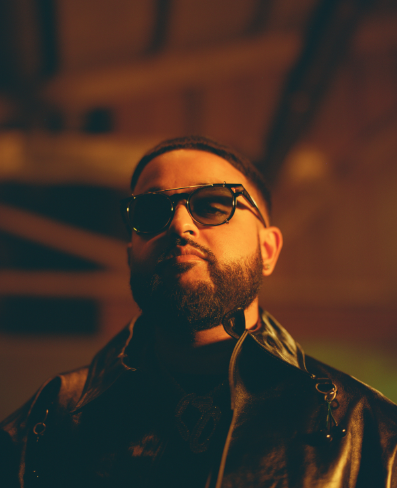 IT’S NOT ALWAYS ABOUT THE MONEY- I JUST WANT TO MAKE A PROJECT SOUND THE BEST IT CAN BE AND GET MY HANDS DIRTY ON THE PRODUCTION AT THE SAME TIME.

His latest mixtape Emergency Tsunami — entirely produced by longtime collaborator Wheezy — was released in November 2020 and features some of the biggest names in trap including Gunna, Travis Scott, Lil Baby and Lil Keed:

“It came together naturally because we’d both been growing so much as artists and producers,” he reveals. “The momentum from Turks [another trap-heavy anthem on which he teamed up with Wheezy, Gunna and Travis Scott] made us feel like we should just do a whole album with that new sound.

“Turks was big, but my highlight of 2020 was definitely Lemonade. I didn’t expect the song to be that big at all; I knew it was a good song, but the songs that I think are the best ones aren’t usually the ones that do well! That was really one that caught me off guard. One time Obama posted his songs of the year and I said to myself, ‘I don’t know how but I’m gonna make that list’. It’s not the kind of thing that gets you any money, it was just one of those things where I wanted to reach that person’s awareness, so when I saw Lemonade was on his 2020 list, that was crazy.”

More recently, Nav’s track Young Wheezy featuring Gunna has been blowing up online. The pair’s rapping styles and flows blend well with the minimal yet dark, gothic beat provided by Wheezy, and the track has got an awesome video to boot, with visuals directed and shot by Spike Jordan in a cemetery and mausoleum on the outskirts of L.A.

The video focuses on a group of kids who are so eager to see Nav, Gunna and Travis Scott (who makes a short cameo) play in concert that they hack off other people’s limbs to use as their tickets. Nav raps, “cost an arm and a leg just to see me perform”, and he certainly proves it at this haunted house party.

“The cool thing is all of the CGI that they added,” says Nav. “During that scene where I’m on the stairs, when I looked to my left and right, there was a pile of arms and legs that was not even a foot high. In the actual video they’re up to the roof - I don’t even know how they did that stuff and I’m not gonna lie, I thought it looked really impressive.

“I enjoy working with Gunna. We bounce back and forth a lot when we’re in the studio, and when it comes to producers I really like working with Wheezy and Rex Kudo, and making beats with Metro [Boomin] is always fun.” 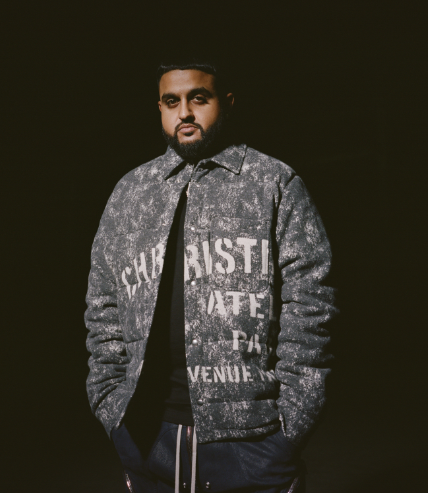 To achieve his sound, Nav uses what might be viewed as a relatively simple setup; a MacBook Pro and large MIDI interface for his keyboards, along with an eight-input UAD Apollo:

“All the MIDI is plugged in at the same time so that if I want to change notes to send them back to the keyboard, I can just record it back,” he explains. “I always try to be friends with engineers and get to know them because I used to be one myself. Some rappers be sleeping on that, and don’t even talk to the engineer in the room. I learned a lot from my close friend Pro Logic [the producer, not the software] who I collaborated with on Good Intentions, and now my beat-making setup is just seamless.”

Having used FL Studio for a number of years while working with other producers, Nav feels like working in Logic has become a lot more versatile for a melody-based producer such as himself.

“I think my approach depends on the project,” he reveals. “On the last project with Wheezy we went through maybe 30 or 40 beats and picked the ones we liked. At that point I’ll usually make a mumble, find a pocket of a good melody and flow, and then start filling in words bar by bar.

“When it comes to my new stuff like when I’m working on the beats and the melody, I’ll keep changing the key until the notes and my vocal range fits, then I’ll move on to drums and the rest - it’s a whole different process.”