You might not know his name, but you’ll definitely know his music. Hailing from New Jersey, Neal H Pogue is an American producer, audio engineer and mixer who has worked with Outkast, TLC, Stevie Wonder, Common, P!nk, Nelly Furtado, Lil Wayne, Janelle Monae, and Earth, Wind & Fire. The multiple Grammy Award-winner reflects on mixing mega hits Hey Ya! by Outkast and Waterfalls by TLC, and shares some production plugin tips...

You’re known for your work with Outkast, mixing many of their albums, including the Grammy Award-winning SpeakerBoxx/The Love Below. Tell us about mixing Hey Ya!, and how you convinced André 3000 to use it as the album’s lead single.

He thought that Prototype was the single, and I was like, ‘no, it's Hey Ya!, man – people are gonna go crazy over this because it's different; it's something that you don't usually do’. He looked at me and kind of laughed – I guess he thought it was just an album filler or whatever – but I hounded him for weeks to finish the song.

When he first played it for me, it was just a verse and a chorus, and I said, ‘you have to finish this’, and after a while, I used to call him and say, ‘where's my song?’ I kept calling it my song [laughs]. That was a fun period. I've always had a knack for picking singles.

Some people just want to be tough and don't let their guard down and really show themselves, and we all have that when it comes to music. I think that we're all closeted, because I was closeted for a long time loving Abba. I'm a huge Abba fan! I'm a huge Carpenters fan! But that type of music is ‘soft’ and some people would never play in front of their friends.

I was sure that [the hip hop crowd] were going to pan Hey Ya!, but would be playing it in private and dancing to it in their bedrooms, so that never bothered me. I knew that people were gonna love it – it's just one of those things that just captures you. It's like a guilty pleasure, and it's not even guilty either. It's just something that you can't shake. 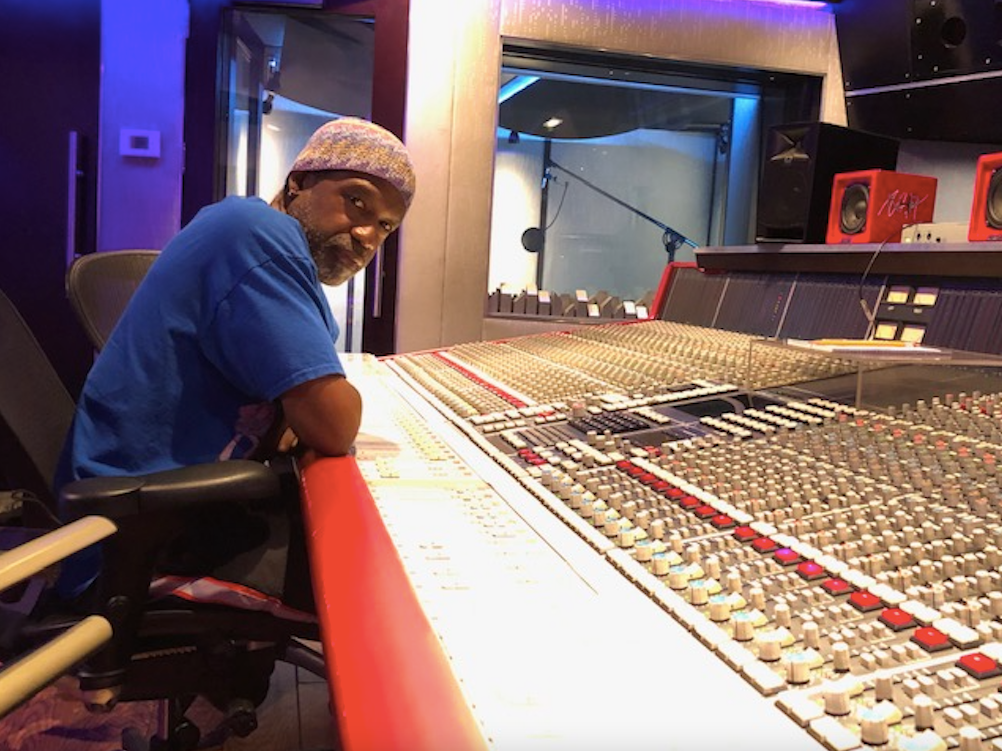 André 3000 thought that Prototype was the single, and I was like, ‘no, it's Hey Ya!, man – people are gonna go crazy over this

How did it feel to win a Grammy Award for your engineering and mixing on Outkast's Speakerboxxx/The Love Below (Album of the Year)?

Oh man, we were up against Justin Timberlake, Missy Elliott… some heavyweights! And that's only two of the people that I can remember. I've always wanted to be up on that stage. When I was a kid, I used to watch the Grammys religiously every year and dreamed of being up on stage, so when I was finally up there, the first thing you see is that clock winding down telling you to wrap it up.

So I was like, ‘oh, that’s what they're always looking at!’ But then you look down at who you beat, and I'm looking at Missy Elliott’s face and Justin Timberlake’s face applauding me, but also hating you at the same time [laughs].

It was a childhood dream, and I have to pinch myself because I'm this kid from the small town of Roselle, which is not even a city, it's a borough. So being plucked out of there, winning Grammys and being successful...I'm just humbled and I realise what my blessings are. I don't take it for granted.

I was sure that [the hip hop crowd] were going to pan Hey Ya!, but would be playing it in private and dancing to it in their bedrooms

You mixed one of TLC’s biggest hits, Waterfalls and produced the song’s iconic horn part under the pseudonym Shock. Why was this?

I knew that was gonna be trivia at some point! I did that on purpose because I didn't want people to see that the song was mixed by me and I did the horn arrangements. I wanted to do it under a different name and let people figure it out later, and it's great that those horn lines are such a memorable thing. That hook gets you, but you listen to the verses and you're like, ‘wow, this is talking about something deep’.

I was already working with Organized Noize on various records and albums, and then we got the gig to work with TLC. Organized Noize came up with this track, and they had hired one of their childhood friends – Marqueze Etheridge – to write the lyrics; he came in with this melody and lyrical content, and we were all just blown away by it.

Deep down in my soul, I knew that it was going to be a hit because it touched on things that people didn't want to touch on at that time, because we're talking about HIV and AIDS and all these other things.

It was a bold statement to put it out there for everybody, and I thought it was groundbreaking. Coming from TLC, I knew that it was going to take it to a whole new level.

How have Waves plugins shaped the renowned tracks you’ve worked on over the years?

Oh, man, I’ve been using Waves for almost 20 years! The first mix I ever did on Pro Tools was Hey Ya!, so around the early 2000s is probably the first time I started using Waves plugins, and I've been using them ever since. Even though we have other plugin companies, Waves is the standard – thiers are my go-tos and are what I reach for first, and I love them.

I came up working on SSL boards, so my first pick is always the SSL EQs because that's part of my sound – the SSL sound. Being at home I don't have an SSL board, so my first thing is to go to the SSL EQ because that emulates that board’s sound, so that's my go-to, and then I love going to the CLA-3A.

I love the Manny Marroquin and Kramer plugins too – I have fun with all those. Using the Kramer HLS Channel, I love the EQ and that low end – oh my god, the sub on those EQs are amazing! I always use them on bass and it just brings out that low end. So whenever I need that thing that you feel from the bottom of your feet, I go to the Kramers.