Many musicians would be content being credited on Adele’s record-breaking albums, but British pianist, composer and producer Neil Cowley was never going to be happy just as ‘Adele’s piano player’. Instead, he has veered from seasoned session player to the jazz world in the Neil Cowley Trio, to his new and exciting neoclassical solo endeavours. We speak about his rocky relationship with the piano, and his astonishing new album Hall Of Mirrors.

“I was playing the Southbank halls with orchestras at 10 or 11,” Cowley tells Headliner, remembering his beginnings on the piano.

“It was down to my piano teacher, Mr. Eric Stephenson. He was on a crusade to find classical talent where you wouldn't usually find it. He went into my grotty little borough of Hillingdon, Middlesex, where I was brought up.

"He’d heard about this kid who was playing hymns in school assembly because none of the teachers could play piano. He approached my mother and said, ‘I'll teach the boy for free, and my aim is to get him into the Royal Academy’. So this kid from the wrong side of the tracks was nurtured into a classical pianist.”

Cowley would then reject the classical world and pursue playing keyboards as a session and touring player. And he has an impressive CV which includes the Stereophonics, Zero 7, Emeli Sandé, Gabrielle, and also one of the worlds all-time best selling artists…

“I'd washed my hands of playing on other people's stuff at this point,” Cowley says. “It was only because a friend told me a girl was going into the studio and the piano player had just quit the band. She turned out to be Adele, before she was world-famous.

“I agreed to help out, and the next thing I know is I couldn't go in a restaurant anywhere without hearing myself. And that has forever since been one of the most ridiculously successful albums of all time [her record-breaking 19]. It equates to about five hours of my life! Then I did 21 as well, so Hometown Glory, Rolling In The Deep. It was all a case of, turn up, play a few piano chords and then sit back and watch the show, really.”

I couldn't go in a restaurant anywhere without hearing myself. And that has forever since been one of the most ridiculously successful albums of all time.

Next came the much-loved jazz group, the Neil Cowley Trio, who appeared on Jools Holland and garnered a big following. But Cowley recently encountered yet another itch to do something different.

Hence his debut solo album this year, Hall Of Mirrors. Bringing to mind the likes of Nils Frahm and Dustin O’Halloran — you may notice all the artwork and promotional material revolves around old televisions, and Cowley explains why…

“I have a studio space at Metropolis Studios,” he says.

“And I asked one of the tech guys one day, ‘do you think pianos could ever play televisions?’ He said ‘well, not really. But let me think about it’. I’d bought all these old ‘70s televisions off eBay, mainly black and white. And he managed to create this lead which goes from the pick up on my piano, which I can connect to the RF aerials on these televisions with static on the screens!

"We plugged them all in and I’d play a note, and that static just formed into little waveforms. When it was a low note, there were big forms. And when it was a high note there were really high forms. We jumped around giving each other high fives saying ‘eureka!’ And that's become my live show for Hall Of Mirrors! I’ll be bringing all of the TVs with me.”

And with Cowley being a resident at the legendary Metropolis, it makes sense that his latest pair of speakers are from Genelec, specifically The Ones.

“Genelec has quite a big presence at Metropolis too. I do like them a lot, they’re really reliable. It has this tool where it sends out a signal all the way through the octaves to work out what settings the speakers should be in for the space they’re in, all done within its own technology. Anything that takes the engineering know-how out is a huge bonus for me!”

Hall Of Mirrors is out now — equal parts adventurous, expansive and calming. Headliner doesn’t recommend seeing what happens if you plug your speakers into a vintage television, however. Let’s leave that to the pros. 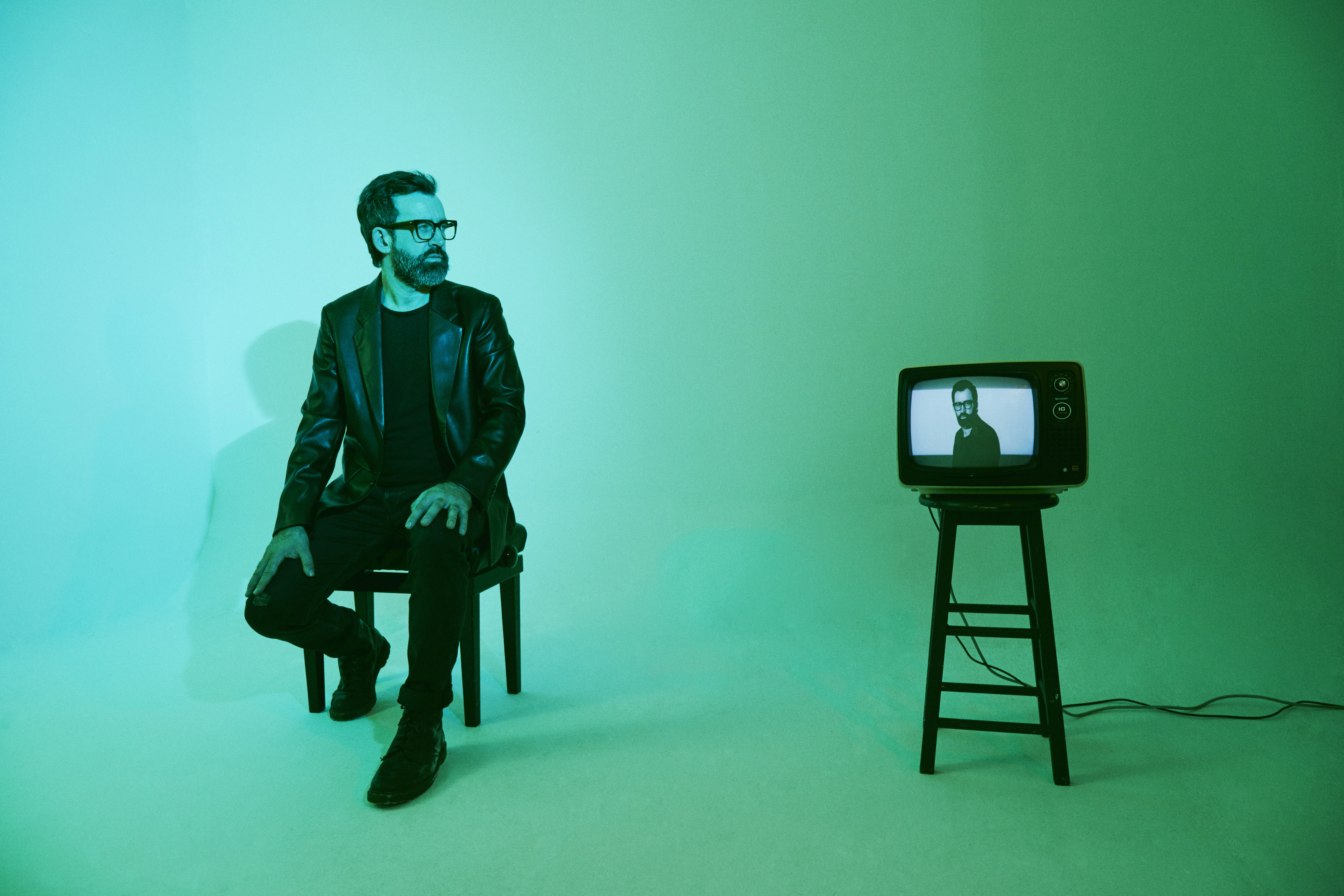