Nick Perri: Sound Of The Underground

Nick Perri, lead singer and guitarist of Nick Perri & The Underground Thieves, was born to be a musician, and although he has fronted numerous bands throughout his life, Celestion speakers have been a constant throughout his career.

The very first song that Nick Perri wrote was awful, he says. “I’ll never forget the very first time I actually had a guitar in my hand – I wrote a song. And of course, it was absolutely terrible,” he laughs. “Rubbish, right? But I just kept doing it and doing it, and to this day one of my absolute favourite things to do is just to sit down and write a song.”

Perri eventually mastered writing songs that were not rubbish, finding success as the lead singer and guitarist of Nick Perri & The Underground Thieves. Speaking to Headliner from his home in California during lockdown, he does not take his gift for granted:

“It’s a really beautiful thing, and I’m grateful for it every day. It’s a gift. I feel like I’m able to tap into something that is perhaps beyond me, and that I’m able to bring something to life.”

Perri doesn’t lock himself away and force himself to sit down and write songs, instead letting them come to him:

“I feel like I’m a conduit. Whatever is going to come through, comes through, and I just get it out for what it is. I’ll decide later if it fits in with what I’m doing, and if it’s something worthy of pursuing for my own artistic thing. If it’s not, then sometimes I might give that song away to someone else, or send it to someone to use for a commercial. I just try to capture them when they come and then hold on, because I don’t know where they come from. Sometimes they just come!” 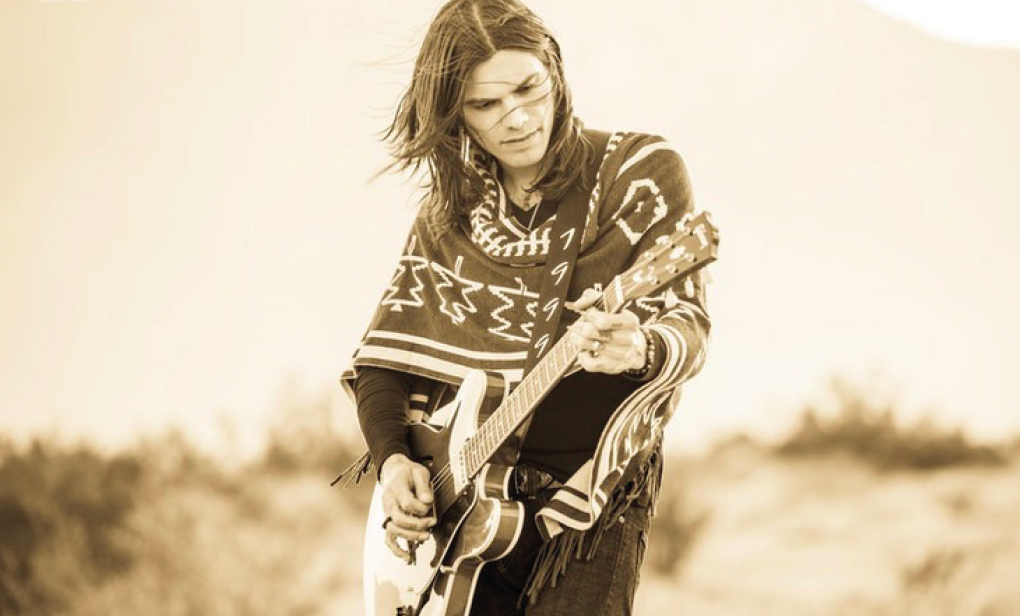 When you think of Marshall, the classic tone is Celestion Greenback; it’s the gold standard of tone. Nick Perri

Perri’s obsession with music started in the 90s when his aunt gave him cassette tapes of Pearl Jam’s Ten and AC/DC’s Highway to Hell.

“It absolutely changed my entire life! And now, however many years later, I’m still on that path that was set in motion then,” he recalls. “That was the turning point of my whole life. I immediately started playing guitar and started chasing this thing. I can’t really explain how it happened.

"I started playing guitar at age 12, and by age 15, I was gigging four or five nights a week, and by 16 I’m signing a multi-million dollar deal with Clive Davis – it happened really fast. And it is crazy. I call it joining the circus. I joined the circus at 16, and I’m still in the circus!”

Perri is a longtime Gibson user, and after years of using a complicated guitar rig, has stripped it right back to what he had when he first started: a Gibson Les Paul and an ES- 335 guitar, paired with a “really, really loud” old Marshall amp.

“There’s a reason Gibson and Marshall became an iconic pairing; I call it the holy grail tone – it just does its thing. It’s so inspiring and so simple.”

“When you think of Marshall, the classic tone is Greenback – there’s no other way around it; it’s the gold standard of tone. I’ve had other amps and other guitar rigs and all these pedals, but the one constant – actually, now that I’m thinking about it,” he corrects himself, “probably the only constant in my entire career has been my use of Celestion speakers. So 95% of the time it’s been Greenbacks – 10-inch or 12-inch, but usually 12.”

That reminds him – he recently stumbled upon a game-changer:

“I just made an incredible discovery – I’m gonna give away my secret, oh my gosh!” he says excitedly. “The last time that I was on the East Coast, I was in rehearsal, and Doc – one of our techs – came to rehearsal with this Marshall cabinet. And it didn’t have Greenbacks in it, it had four Celestion Alnico Blues, which are typically and very famously the speaker that was used in the Vox AC30 in the 60s. That’s the sound of The Beatles and Brian May with Queen.”

When ‘Doc’ wired up a Marshall 4x12 cabinet with the four Celestion Blues, the sound blew Perri’s mind:

“I’ve never heard anything like that! I plugged my Marshall JTM45 into this cabinet and I went, ‘Oh my gosh, this is like drinking from the well – like the fountain of youth!’ It just filled me up and I just felt invincible. That tone made me get goosebumps, and I couldn’t believe it.

"So one of my things to do now is build an amp like this, because it just blew my mind. It was very, very cool. The next group of studio recordings will be done with this, so people will really be able to hear it under a microscope, because it’s just incredible. I’ve never quite heard anything like it.”