Musical engineer, mixer and producer Nick Wollage has worked on an enviable array of TV shows and films, including Bridget Jones’s Diary, Shrek, Pirates of the Caribbean, Harry Potter, V for Vendetta, Jason Bourne, Atonement, Captain America, The Avengers, and most recently he recorded the orchestra for the score for Zack Snyder's Justice League. Headliner catches up with Wollage to delve into his work on the ‘Snyder Cut’, and his long history with Air Studios and Neve consoles.

You’re no stranger to the superhero film world, having worked on Wonder Woman and Captain America: Civil War as the score engineer – amongst others – and you recently recorded the orchestra for the score for Zack Snyder's Justice League. How did you get involved?

I got the call from Junkie XL, Tom Holkenborg. There was a secretive working title attached to the project, so I didn't really know what I was getting involved with until we started the sessions!

How did Snyder’s specific vision for his version of the film and the longer run time affect your work as the score engineer and how the end product should sound?

It's a very long film; it's just over four hours. We just had to do lots of sessions, and we did them over different blocks of time. In a creative sense, the thing that really characterised what Tom had done was that he took the restrictions that we were working under, because of the Covid-related distancing, so that much smaller numbers of people were able to record.

You'd normally expect to see a room full of about 60 string players for a film like that, but what Tom did was turn that to his advantage. We recorded a relatively small group of musicians, probably not more than about 25 string players, and we talked about it on the phone beforehand.

We wanted to integrate this with the electronics and the programming and the pre-recorded stuff so that it sounded gnarly and immediate; it's very specific and focused. We made a feature out of recording a smaller number of strings, so it does sound a fair bit more aggressive and edgy.

"Then we reverted to type for the brass sessions, where we maxed out the occupancy of the room with brass and manipulated the dynamic a bit. So we have a few of the string players mixed quite loudly, and it sounds very aggressive, with the big brass section sat behind it for a sense of scale.

You started at Air Studios in 1996, and they recently announced that they will be funding a new annual diversity scholarship to the University of Surrey’s prestigious Music and Sound Recording (Tonmeister) course, which is a UK college you are a graduate of. Why is this course and scholarship so important in terms of nurturing the next generation of music professionals?

It's a fantastic course. When I was there they gave you the foundations to become an engineer, technical engineer or acoustician, or whatever you might want to do.

They said they were not there to teach you to work in a recording studio – they were very, very emphatic about that. As a result, you come out with a broad set of skills and some experience, and off you go! 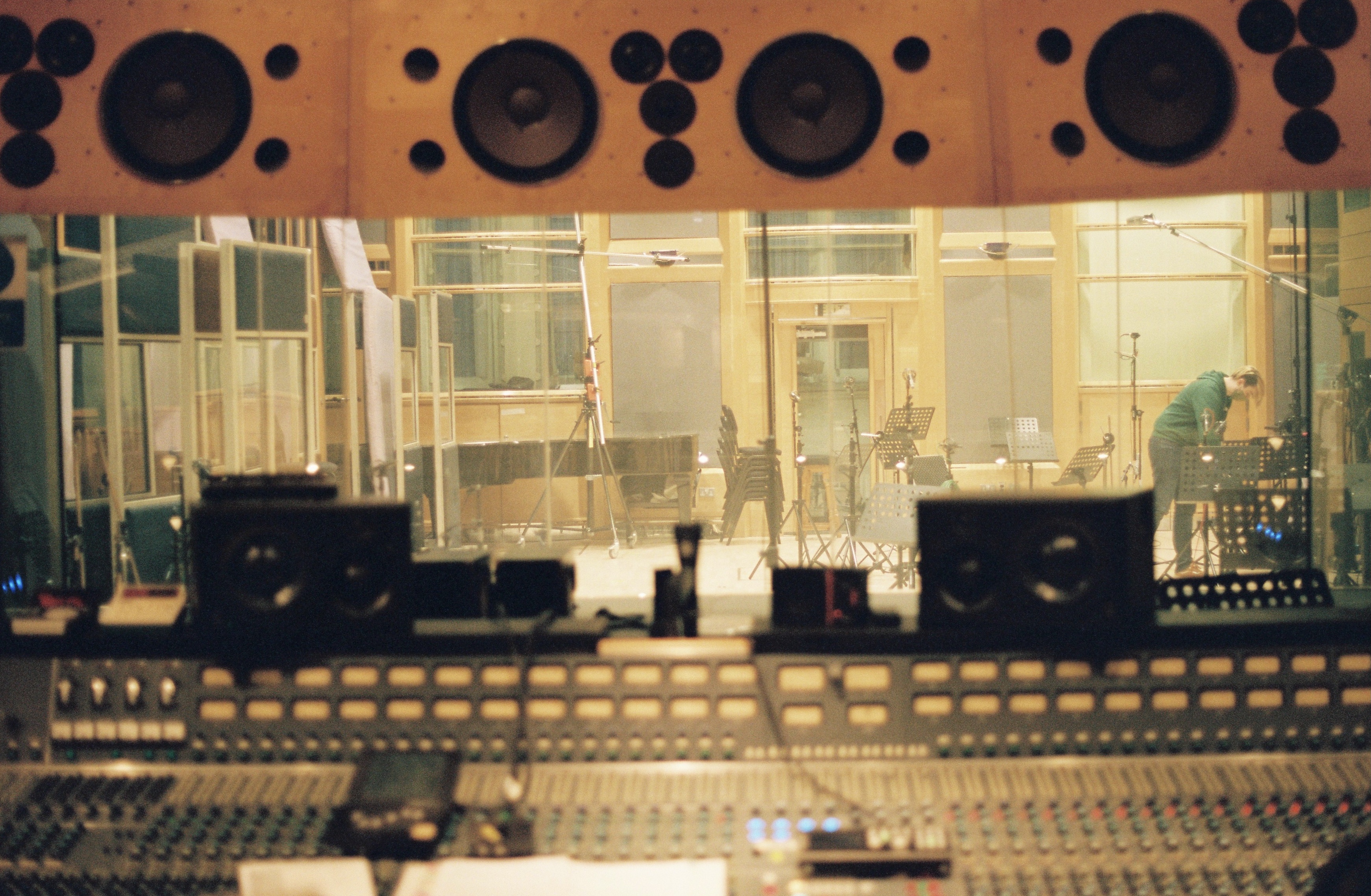 You always gravitate to the studio that has a Neve because you just know what to expect from it.

Air Studios is renowned for its various unique Neve consoles. When did you start using Neve desks?

Neve has been omnipresent in my adult life. The University of Surrey had Neve consoles all over the place – those consoles now are vintage consoles, and would be incredibly rare. But we just used to throw them in the back of a van and take them off to a church somewhere and make a recording with them!

There was a point during the time I was at Surrey Uni that they built a big fancy new recording complex called the Performing Arts Centre (PATS), and they had a brand new studio built with a brand new, very state of the art Neve V Series console, which at the time seemed like it belonged on a spaceship! Neve desks were particularly in the area of the industry that I was interested in most, which was recording bands and orchestras.

You always gravitate to the studio that has a Neve because you just know what to expect from it. And then later on moving to Air and then suddenly being in a room with that incredible custom console...they're indisputably amongst the most desirable consoles on the planet and we [at Air] just get to breeze in and be in a room with it and take it for granted. It's really quite an incredible thing, that console.

The famous Air Montserrat console was used on many huge albums, and George Martin was heavily involved with Rupert Neve in the design process of what was a radical new desk. What is your experience with this particular console?

The three custom made consoles made for Air are unique – the EQs were designed specifically for that console. I think George Martin and Rupert Neve got together and figured out which bands were going to be incorporated into the EQ sections and what have you, and it was based on their combined new ideas.

And not only that – when Rupert Neve then went to Focusrite, I think he was commissioned by Air to build some more channels for that console to extend it, which have become iconic in their own right. So it did have a resounding impact for the future as well.

It's an unbelievable-sounding console for lots of reasons, and we get to use it every day! It’s always in use. It handles the smaller film work because it's in the control room attached to the smaller recording area. It gets put through its paces, and we get to record lots of diverse different types of music, ensembles, group sizes, different styles, and it still does what it does best, which is make anything sound better than any other console.

I don't think that's an overstatement either. You do take it for granted, and you have to stop yourself doing that, really, because I think you realise how privileged we – as a small group of engineers that get to use it regularly – actually are to be in that position. Most people that want to get into this industry would literally cut their right arm off to be in that position!

In 2008 you recorded and mixed Dario Marianelli’s score for Atonement, which went on to collect an Oscar for Best Original Score. Did you use the Neve Montserrat console for this?

I did mix Atonement on it, which is quite a rarity because we don't do very much mixing in that room. It's kind of unusual to mix a film score in Studio One at Air. I remember working on that mix and thinking that when it was all coming together, actually. I was putting the finishing touches to it and that's when I think we all collectively started to realise something very special was happening.

"I'm pretty sure that when planets align, something starts to suddenly happen. It is a composite of all the different factors...being in Studio One working on that desk was definitely one of those factors that made the experience that much more special. That old desk had a lot to do with that!

Are you using any Neve preamps regularly in your workflow?

The preamps on that particular console were remodelled and brought into the 21st century when Neve made the most recent generation of large recording consoles.

The one that we currently use in the hall now is the 88R. When they built that console, they built a whole bunch of external preamps that were based on the Montserrat preamps, and they've become pretty much standard now for recording in the big orchestral rooms here [at Air] and in the States.

Again, it’s ludicrous luxury, really, because the mic pres that are actually on those consoles are pretty good! I mean, they're extremely good, but to have these racks on racks of these Montserrat-modelled outboard mic pres – we're spoiled, we've become used to it, really.

So whether it's Air, Abbey Road, or on one of the scoring stages in the States, that's what you have come to expect.