Ralph Rolle Shares His Secrets On Life, Drumming and Cookies

Eliminating ‘can’t’ from your vocabulary is the most important piece of advice Ralph Rolle, drummer for Nile Rodgers and Chic can give you. Headliner meets the musician in London, who shares his secrets on life, drumming and cookies.

Ralph Rolle has been playing drums professionally since the age of 18, and more than four decades later is a much sought-after drummer and producer. You’d need to take a big breath before reeling off his impressive performance and recording credits, however he is best known for working with Nile Rodgers and Chic – who he still plays with.

From The Bronx, New York, Rolle first started drumming when his older brother placed a drum kit in their small, shared bedroom. “We had twin beds right in the middle, and the drums gave me an excuse to be able to come across the bed. That wasn't allowed,” he chuckles.

“I’m left-handed and my brother is right-handed, so he told me I could play, but I wasn’t allowed to switch the drums around. Since then, no one ever corrected my posture! Because honestly, there's no real correct way to play. The argument I always tell people is, if someone tells you you're playing wrong, just ask them to explain Jimi Hendrix. That will end it. There’s nothing to talk about! One of the best guitar players of our lives played an upside down guitar.”

Headliner meets Rolle on a drizzly day in one of the oldest and most historical pubs in London. Despite his busy schedule, he takes his time, listens intently to what others say with genuine interest, laughs often, and is warm and polite to everyone he encounters. And he still plays ‘wrong’.

“I still play left handed,” he nods. “It’s kind of worked to my advantage, because I'm doing a lot of extra stuff like percussion parts, hand claps with my left hand, and I'm still holding the groove down and doing fills with my right hand. My brother became an engineer – he’s a lot like Sheldon from The Big Bang Theory – and he wanted to theorise my playing style.

Rolle and Rodgers go back years – Rolle is currently on a US tour with Nile Rodgers and Chic which will see him through until the summer. When Rolle first went to a Chic rehearsal, he quickly found out the way Rodgers works:

“We were playing the medley, and in the middle of it Nile stops, packs up his stuff starts leaving, and I'm like, ‘Oh my God, I must have sounded like complete crap!’ And I’m one to ask, right? So I said, ‘Is everything okay?’ He said, ‘Yeah, everything’s fine. You sound great. I’ll see you in Switzerland!’ And that was that. I guess he had other stuff to do!” 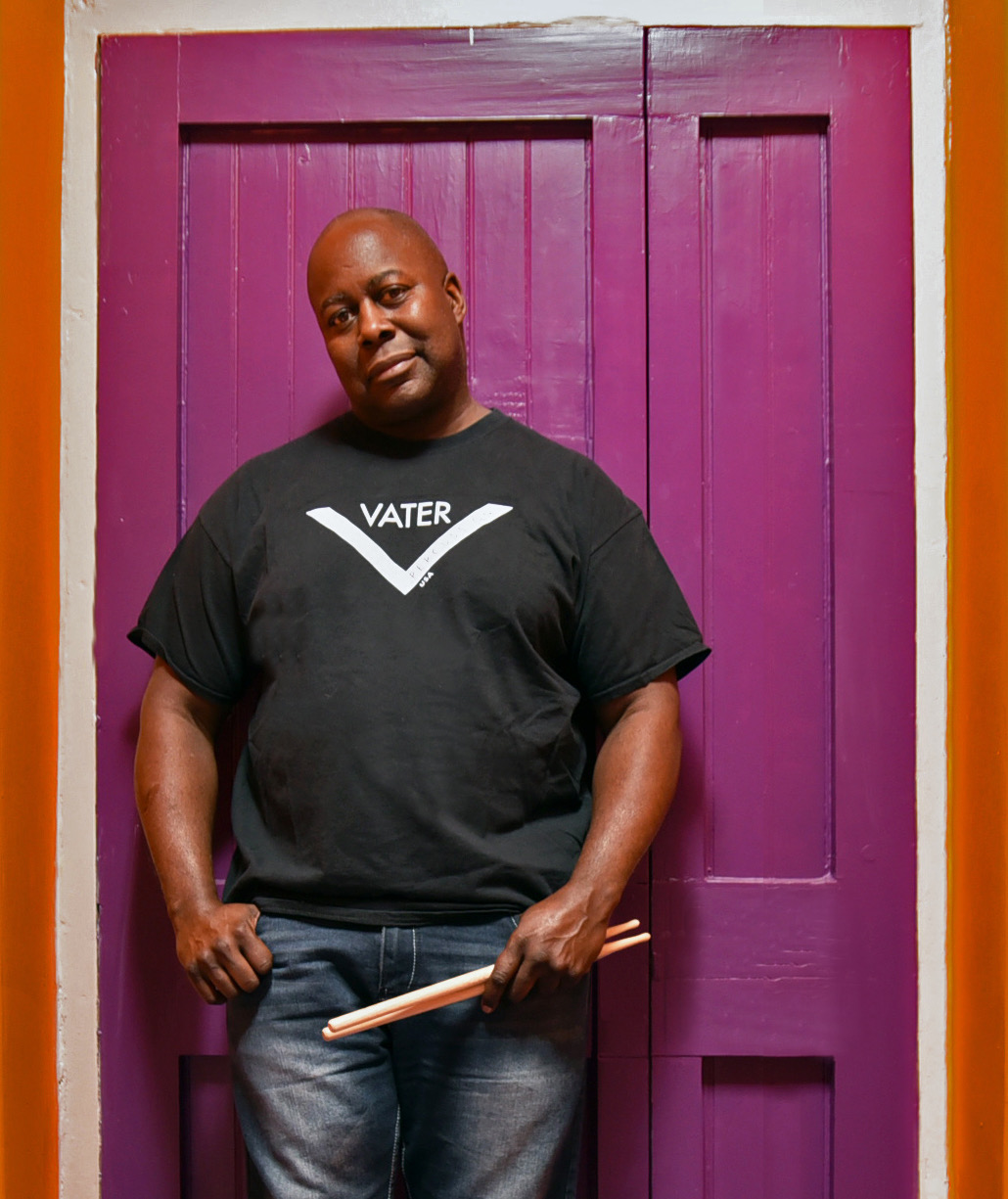 The argument I always tell people is, if someone tells you you're playing wrong, just ask them to explain Jimi Hendrix. That will end it. Ralph Rolle

Rolle has been loyal to Rodgers since that day, even turning down the opportunity to play at The Democratic National Convention for Barack Obama in 2008.

“I told the guy that asked me no because I was working with Niles. He looked at me like I cursed at his mother: ‘You said no to me? The great and powerful Oz?’” he booms, eyes widening. “It’s just that I am very, very happy to work with Niles. It’s a good gig; Niles is a good person.”

One gig he sure as hell wasn’t going to turn down was Glastonbury in 2017, which saw Chic perform atop the iconic Pyramid Stage.

“It was the most beautiful day,” he remembers. “The weather was beyond perfect, and it was completely, totally packed. They estimate there were about 225,000 people out there that day. We went on after Barry Gibb, who was amazing. I have just loved the Bee Gees my whole life, as everyone does, and they did a killer show.”

Rolle is not one to play it cool around his heroes, excitedly telling me how he got to shake Gibb’s hand and take photos with him.

“Oh, it was huge for me! Then we went on stage and I did get a little nervous when I looked out. I know we put on a great show, but when I saw the audience go out, up the hill, over the hill and disappear, I was like, ‘Wooow!’ But the nervousness went away really fast as soon as we started.”

Rolle has a real love of people and entertaining:

“Probably the most comfortable place for me is in front of an audience now,” he realises. “I love talking to people. I just love it – I don't know what it is about! The communication part of performing is so beautiful, it’s just giving them the love and sharing something of yourself with people. The energy comes back and it starts this revolving, generation of energy and before you know it, you're all connected.”

Rolle doesn’t have a bad word to say about anybody, learning from every experience – good or bad:

“I’d say that 99.5% of people that I’ve worked with are very, very cool. Although there was one particular artist that was the meanest person – she was so, so mean,” he laughs.

“She’s an old Motown artist and they warned me that she's pretty mean to drummers, so I was ready. But they were right. Her drum charts haven't been updated for at least 20 years, and it had a bunch of different markings on it and you had to decipher which ones to follow based on how she wanted to do the arrangement. I think I made the bad mistake of asking if there was a possibility of getting another drum chart. She told me there’s nothing wrong with her charts and to read it the way it is. I said ‘Yes ma’am’. I was very respectful.”

(And he is – being put to the test by a waitress that makes Basil Fawlty look polite during the interview). “I am always polite to servers, no matter what,” he chuckles, good naturedly.

“I know what they do to the food otherwise! You don’t mess with them! My mother taught me to be respectful. So I ‘yes ma’amed’ this singer to death. She's an elder and at one point was a superstar, so fine, I'll play Dancing In The Street as many times as you want!”

Rolle recently performed on the soundtracks for Elton John biopic, Rocketman and Cats (hey - the music can still be good!) which saw him visit Abbey Road Studios to record.

“The director and Taron Egerton walked in. I’m very rarely starstruck, but I loved him. He sang one of the songs live while we played it, which was crazy. He didn't warm up or anything. He walked right up to the mic and nailed it. He's dope. As for Abbey Road, I’m always blown away when I walk through those doors. It’s a dream come true for any musician to play there.”

When inside Abbey Road’s big, orchestral room, Rolle couldn’t contain himself. “I love Black Panther! I’m probably the only person that's seen it seven times on five different continents.To walk into a room and to know that the soundtrack was done there...I was a little kid. I was screaming! I have a video of me taking a full panoramic shot, going: (mimes silent screaming). If I could do soundtrack work all the time, I would love that – just Nile Rodgers and soundtracks.” 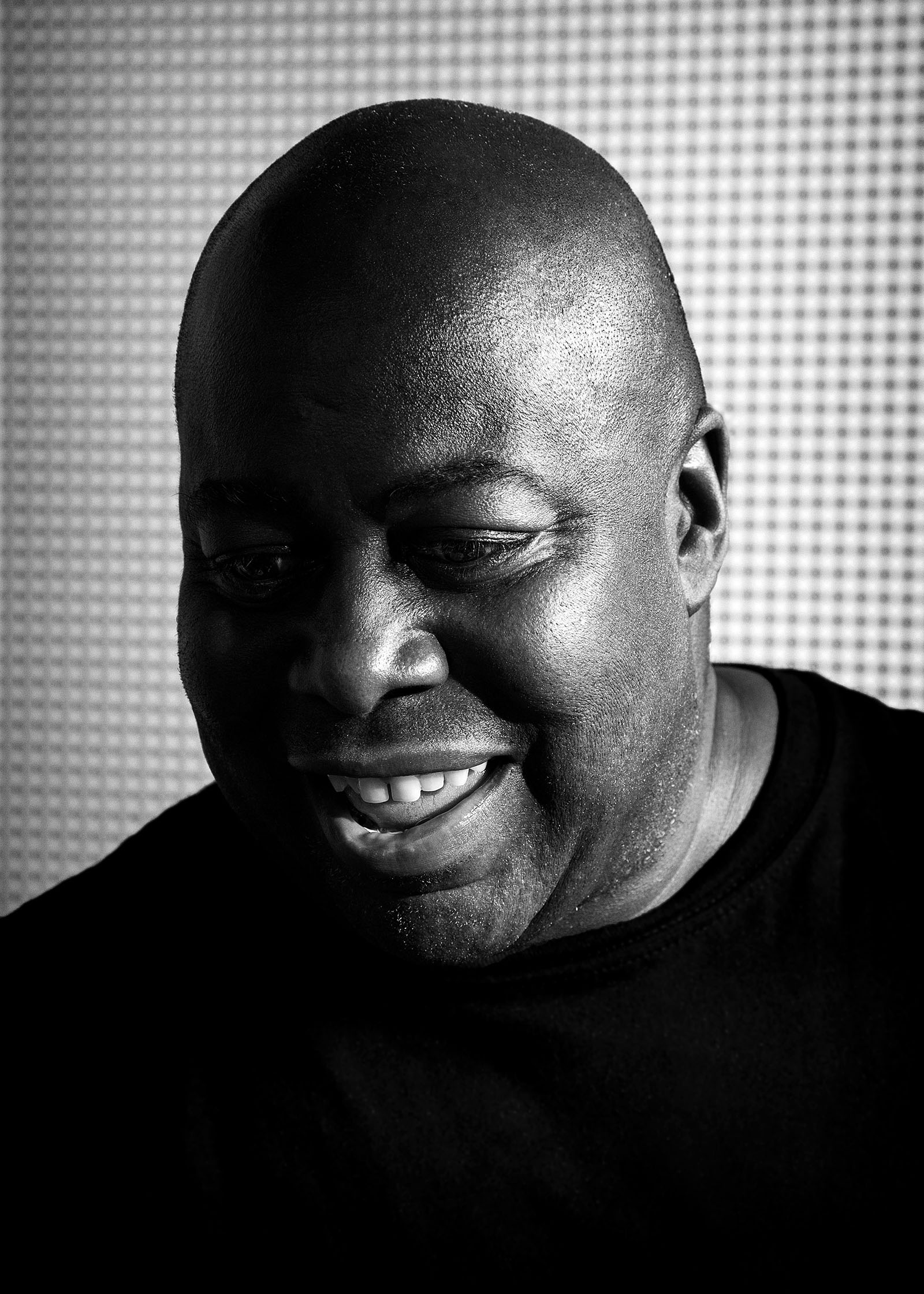 'Can’t’ is the building block of slowing you down for the rest of your life. If you eliminate the word and start working on things in a more positive way, it will open up doors for you. Ralph Rolle

When he’s not getting his Le freak, c'est chic on, Rolle takes his ‘How to Get and Keep A Gig’ drumming masterclass on tour: when you see him drum, that little boy jumping onto his brother’s drum kit comes alive, the sheer joy of performing taking over.

During these sessions, Rolle shares his exceptional drumming skills, anecdotes from his 40 year professional music career, and give lots of insider secrets on how to get your foot in the door of your chosen career path.

Rolle has already brought his masterclass to Tokyo, Dublin, Berlin, Manchester, New York and London, receiving critical acclaim from both professional and student musicians, producers and other creatives.

It all started when N.Y.U invited Rolle to be a guest speaker to classes of graduating students, where he utilised his lesser known talent as a motivational speaker. The result is that Rolle’s masterclasses are part drum lesson, part life lesson.

The thing he puts a lot of emphasis on is what he calls the five Ps: passion, power, placement, performance and purity.

“I go into different anecdotes about what that means and hopefully people will grab something from that. It's more about the connection between where you are and how you will get where you want to be.”

Rolle only turns serious when mentioning the C word:

“I talk about eliminating the word ‘can't' from your vocabulary; you should allow yourself to get out of your own way to do the things that are necessary. ‘Can’t’ is the building block of slowing you down for the rest of your life. If you eliminate the word and start working on things in a more positive way, it will open up doors for you to understand that mistakes are just as important as the trials. That's exactly why I started doing masterclasses; I care about the music, and I care about you – that's what's important to me.”

Rolle is a Yamaha-endorsed artist, preferring to use a Yamaha Absolute Custom Nouveau or Maple with a black sparkle finish, paired with Audix D6 and Shure B91a mics for his kick drum, Shure SM57 and B98AMPs for snares, a Shure KSM137 for hi-hat, a B98AMP for toms, with an AKG C414XLS for overhead, a Shure SM57 for the tambourine, a Roland SPD SX sampling pad, and two BSS Audio AR-133 active DI boxes. 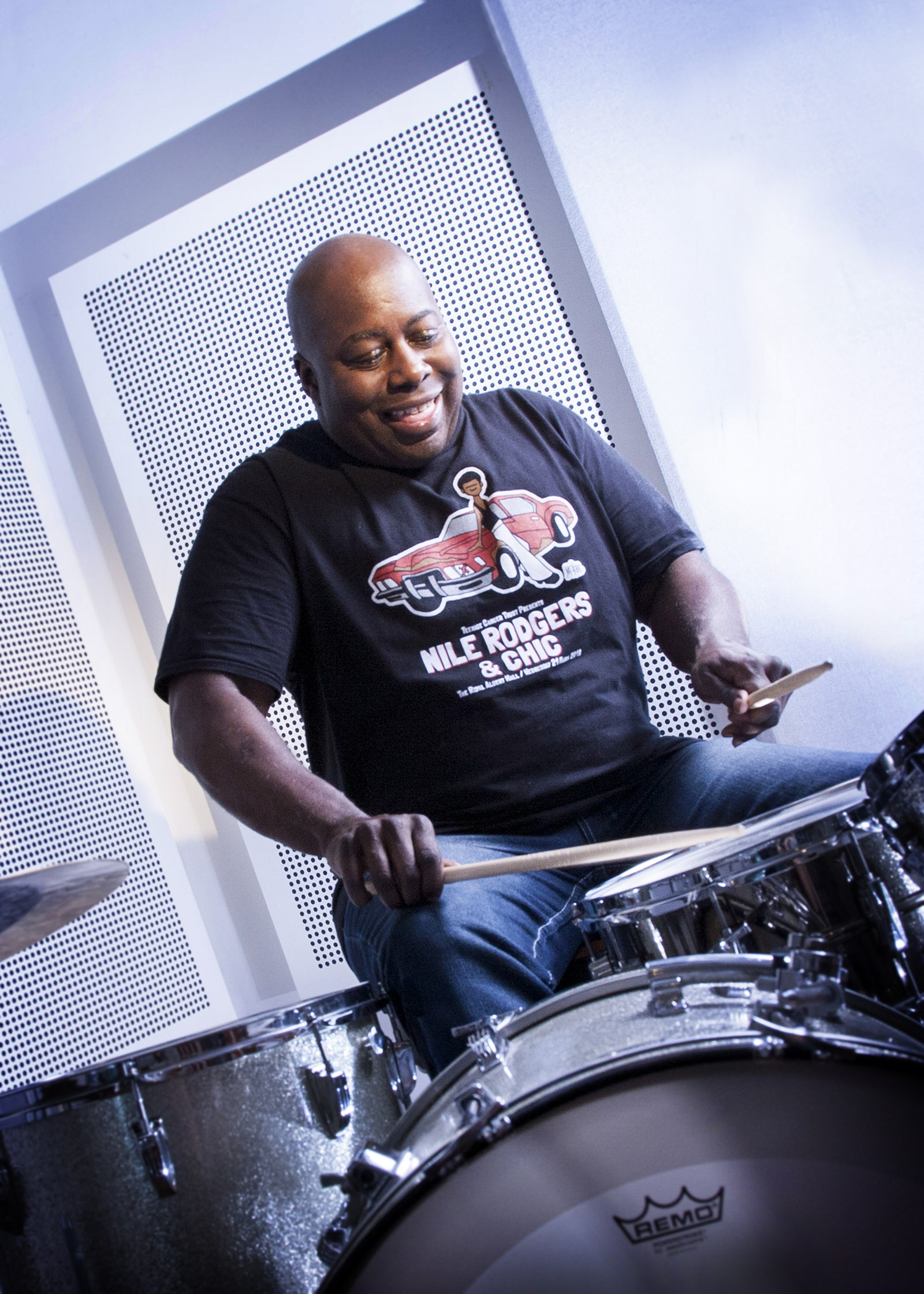 Rolle also owns a successful bakery which operates in New York and Tokyo. When not playing with Chic, he can be found in The Soul Snacks Cookie Company at 5.30am working with his team of bakers, all of whom are from the local community.

“This goes back a little way,” he smiles. “But one of the accounts that we had was Sony studios. Our cookies were a treat for the people recording. One day, we get a phone call that there were no more cookies and J.Lo was coming in. She requested that the cookies be there by the time she gets there. We were closed, but we had to open up, make some cookies and run them down to the studio for her to have. I never had a chance to talk to her about that!”

Sadly, Rolle doesn’t have any cookies on him, but promises to send some in the post. True to his word, a batch turns up at Headliner HQ the very next day. You’ll find us in the queue behind J.Lo.

Read this feature in Headliner Magazine.