Rami Yacoub Talks Baby One More Time, It’s Gonna Be Me, And *That* Meme

Swedish record producer and songwriter Rami Yacoub hit the ground running with his first collaboration with Max Martin in 1998 by producing an unknown artist named Britney Spears’ debut single, ...Baby One More Time. In an instant, the slickly executed tune launched Spears’ career, became a cornerstone of pop music, and is ranked one of the best-selling singles of all time, with over 10 million copies sold. Yacoub never looked back, going on to work with Backstreet Boys, NSYNC, Westlife, Celine Dion, Madonna, Bon Jovi, One Direction, Enrique Iglesias, Nicki Minaj, Lady Gaga, Ariana Grande, Demi Lovato, and many, many more. So I’m surprised to learn that for a man who has clearly cracked the coveted code of how to write and produce guaranteed hit records, he has never paid much attention to the charts.

“We never looked at charts,” he insists. “To this day, I don't look at charts or where my songs are at, because once I've done a song, I have done the best I can; it's not up to me how it goes. With ...Baby One More Time, just to show you how much we didn't care, we were working on a Backstreet Boys song, and Max walks into the studio and goes, ‘Oh, by the way, we're number one’. I remember being like, ‘Where? When did this happen?’ And he said, ‘Well, in the US; it was about three weeks ago, I just forgot to tell you’. We just loved what we did.”

The song had originally been called Hit Me Baby (One More Time), which raised a few eyebrows and was enough to concern the label. Turns out, the ‘hit me’ reference could be attributed to nothing more than a misunderstanding by the Swedish writers.

“This is very true,” he smiles. “If I recall correctly it was supposed to be, ‘hit me up, baby one more time,’ – we know ‘hit me up’ means call me back. But it didn't fit the syllable; it didn't sound good. We thought ‘hit me baby one more time’ must mean the same thing. But obviously it didn't,” he laughs. 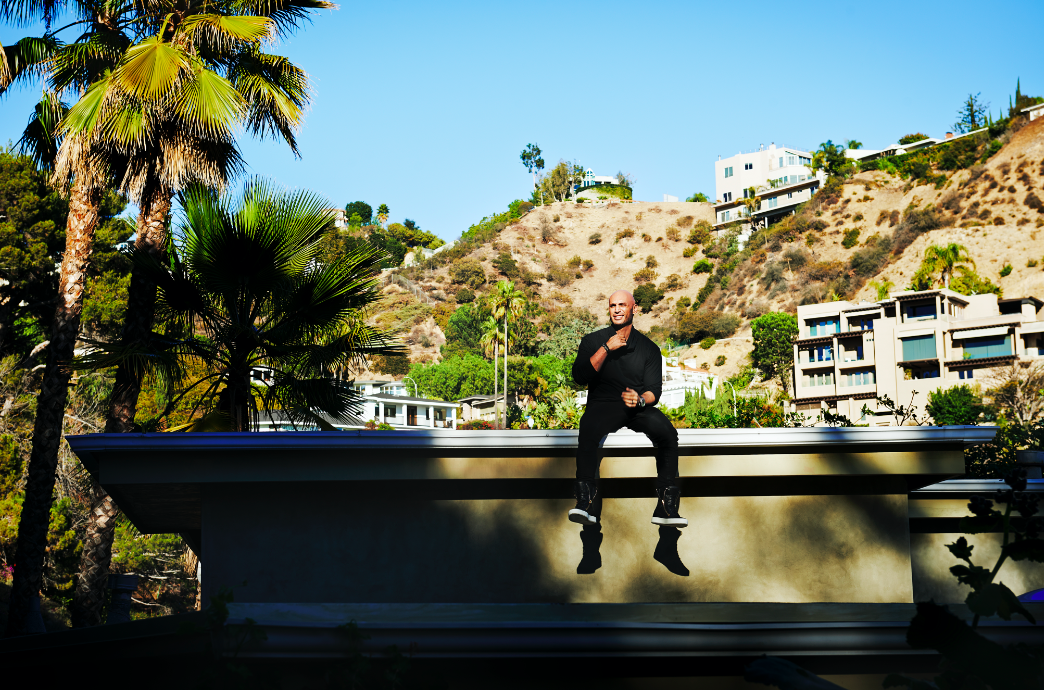 We got Britney to sing, ‘My lone-li-ness, is killing me’ – everything is very over-pronounced.

Martin, Andreas Carlsson, and Yacoub are the songwriters behind NSYNC’s 2000 single, It’s Gonna Be Me – which was also produced by Yacoub. While in Key West, Yacoub recalls the three of them working on another NSYNC song together, which wasn’t going to plan:

“We just hit a wall. It didn't sound good at all, and we all got frustrated. I stepped into the kitchen and was making a coffee, and I started humming: [he hums the melody that would go on to become the lyrics, ‘every little thing I do, never seems enough for you’], and Max was like, ‘What was that? Hum it again. That's a great chorus!’ So that became the chorus and then we just did the song from that.”

I know what you’re thinking: yes, he’s seen the memes. It turns out that they intentionally asked the boyband to over-pronounce the lyrics.

“The whole ‘may’ thing; I know it's a bit overboard, but we did that on all our songs. We were making the artists over-pronounce stuff because we wanted it to be super clear what they were singing. With ...Baby One More Time, we got Britney to sing, ‘My lone-li-ness, is killing me’ – everything is very over-pronounced.

"It’s Gonna Be Me was the title of the song and we just wanted it to stick out. At that time we didn't think it was gonna become a thing you know? But I would say it did become a thing,” he laughs. “I think [the memes] are beautiful. It's kind of fun. It lives on forever. I hope Justin appreciates it as much as we do…”

Between 2007 and 2017 Yacoub spent his time at Kinglet Studios, which operated out of L.A and Stockholm. He is now back with Martin, his Swedish team in L.A, as well as his partner in crime, Ilya Salmanzadeh.

He’s travelled between L.A. and Stockholm for 12 years, laptop in tow, and recently integrated Dirac’s Live room correction software into his studio setup, which he describes as a “game-changer” for creating more faithful, higher-quality mixes and edits.

“When you run Dirac Live, it doesn’t really matter what studio you’re working in. The space’s design doesn’t matter; its construction doesn’t matter,” he points out.

“The software compensates for the nuances of each studio so that, as a producer, I hear that true, faithful sound I’m trying to achieve.”