Thomas Earl Petty was one of the world’s precious few musicians who produced hit after hit, in a career that spanned almost 50 years. Besides his music, he was famous for his ability to magnetically attract the world’s best loved musicians to work with him, collaborating with Stevie Nicks of Fleetwood Mac, and joining supergroup Traveling Wilburys with Bob Dylan, George Harrison, Jeff Lynne, and Roy Orbison. His mega-hits, including Learning To Fly and Runnin’ Down A Dream totally set the mainstream sound of American rock from the '70s onwards — hugely imitated, but never bettered.

Petty was born in the Autumn of 1950, in Gainesville, Florida. At 10 years old, he was invited on to the film set of the aptly titled Follow That Dream by his uncle. He met the film’s star, Elvis Presley, sowing the seeds of a desire to bring rock music to the world; shortly after, he traded his slingshot for a collection of the King's records. He later said that another pivotal moment was hearing The Beatles for the first time on The Ed Sullivan Show, where he decided there and then that he had to be in a band.

Petty dropped out of high school at 17, to form his first band, The Epics. Evolving into Mudrutch, the group included future Tom Petty and the Heartbreakers members, Mike Campbell, and Benmont Tench. The single the band released, Depot Street, failed to chart in 1975, and Mudrutch disbanded.

While Petty initially pursued a solo career, it wasn’t long before Tench and Campbell became his bandmates again, adding Ron Blair and Stan Lynch from Tench’s new band. The first lineup of The Heartbreakers released their self-titled debut album in 1976, which was much more popular in the United Kingdom than in the US. With the single Breakdown charting, the band quickly went on tour in the UK, supporting Nils Lofgren.

Two more albums quickly followed: You’re Gonna Get It, and Damn The Torpedoes, their breakthrough record, which didn’t take long to go platinum. Its singles, Don’t Do Me Like That, Here Comes My Girl, and Refugee all aided a sharp rise in The Heartbreaker’s popularity.

In 1985, the band played in the first Live Aid concert. That same year, Petty and his group released Southern Accents; its hit single, Don’t Come Around Here No More, featured one of Petty’s elaborate music videos - on this occasion, he played the Mad Hatter in an Alice In Wonderland-themed piece.

The Heartbreakers then toured with Bob Dylan on his True Confessions tour, at the invitation of the singer-songwriter himself; and not long after, in 1987, Petty wrote Jammin’ Me with Dylan, and that wouldn’t be the last time the two would make music together.

The following year, Petty joined George Harrison’s supergroup, Traveling Wilburys, also linking up with Dylan, Jeff Lynne, and Roy Orbison. The first song the quartet wrote together was Handle With Care, which was originally intended as a B-side for one of Harrison’s singles, but the band all felt the song was too strong for that alone, and they decided to record a full album, which they called Traveling Wilburys Vol 1. Roy Orbison passed away later that year, so the second Wilburys album, Traveling Wilburys Vol 3, was recorded and released without him. 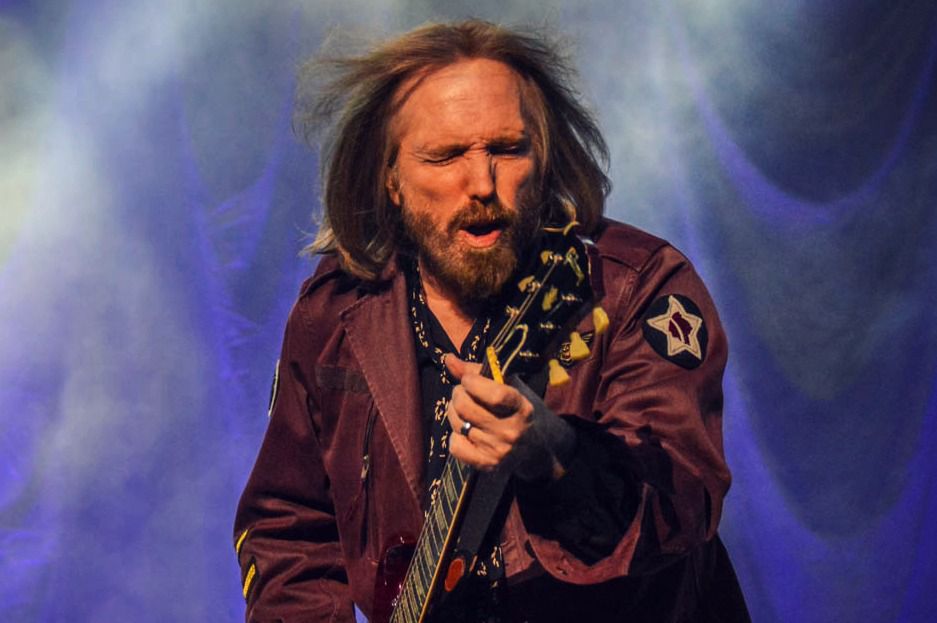 I covered Tom's songs because I wanted to know what it felt like to fly. John Mayer

After extensive touring with The Heartbreakers, Petty decided it was time to record his first solo album. This decision did cause some tension within his band, but Full Moon Fever did have a strong contribution from several of Petty’s bandmates, and also plenty of help from all but Bob Dylan of the Wilburys - particularly Jeff Lynne, who co-wrote and co-produced the record, and also inspired the concept of Free Fallin’. That song was not the only enduring hit from the record; I Won’t Back Down, and Runnin’ Down A Dream were also born.

The Heartbreakers were back together in ‘91 with Into The Great Wide Open, and Petty’s success kept growing: Learning To Fly, and the album’s title track being two big hits, the latter of which featured Johnny Depp and Faye Dunaway in its music video. Thereafter, Petty never ceased touring and making music, both as a solo artist, and with The Heartbreakers. In 2008, the band were booked for the coveted Super Bowl Halftime Show, giving one of the most popular performances in its history.

Petty also had several cameos and bit parts in film and television, as well as voice acting as Elroy Kleinschmidt in the popular animated series, King Of The Hill. He hit the news recently, when he and Jeff Lynne pointed out to the writing team behind Sam Smith’s Stay With Me that their song bore strong similarities to I Won’t Back Down. They managed to settle the debacle out of court amicably — Petty and Lynne were listed as co-writers, and would receive 12.5% of all royalties for Smith’s track. Petty showed great grace, saying: "All my years of songwriting have shown me these things can happen. Most times you catch it before it gets out the studio door, but in this case, it got by."

This could be partly thanks to Petty’s transcendental meditation practise, which he announced he had been doing in 2014, and the benefits he was receiving from it.

Unsurprisingly, tributes have been materialising across the whole musical spectrum since Petty's tragic passing. Bob Dylan has said: "It’s shocking, crushing news. I thought the world of Tom. He was a great performer, full of the light; a friend, and I’ll never forget him." Bruce Springsteen tweeted that, "the world will be a sadder place without him." John Mayer, who performed a cover of Free Fallin’, wrote: "I covered Tom’s songs because I wanted to know what it felt like to fly." He also quoted the Wildflowers lyric, 'you belong somewhere you feel free.'

Tom Petty espoused a wonderful air of freedom in his music, and in his personality, which allowed him to work with many of music’s leading lights. It is perhaps his loss that has rendered him the greatest heartbreaker, but his music will always remain.