Simultaneously a music and Netflix star at just 25 years old, Norway’s Resa Saffa Park is a rising star who hugely deserves your attention. Headliner speaks to the Ragnarok actor/singer-songwriter about Norway’s special place in the music industry right now, landing her big Netflix role, and her stunning slice of indie-pop on latest single Tendencies.

Born Theresa Frostad Eggesbø in Dubai, Park is nowadays based in the Norwegian capital of Oslo after honing her craft at the prestigious Liverpool Institute For Performing Arts, founded by none other than Paul McCartney. She’s been releasing her sultry indie-pop since 2018, a year that saw the release of single God Is Drunk, her biggest song that is just shy of one million Spotify streams at the time of writing.

Park is visiting friends on Norway’s southwestern coast in the city of Bergen, and dives into the back room of a museum to speak to Headliner via Zoom. “It’s snowing outside so I’ve just sat in this old museum, I think it’s for modern art.”

Regarding her parallel careers of acting and music, she says, “I've always done both at the same time. Acting and music is kind of the same performance style — the performance of emotion. Or, at least, a communication of emotion. Perhaps acting is more extroverted and music is more introverted, at least for me. I like to write music alone, and I like to dig a bit deeper into things when I do music.

Netflix’s hit Norwegian series Ragnarok sees a coming of age story meet both climate change and Norse mythology. Park had been building her credits in Norway steadily, but was actually in Liverpool when this huge opportunity came along, and it ended up influencing her decision on whether to stay in the UK and move to London, or head back to her Nordic homeland.

“I did some comedy shows, which is very common in Norway if you're in the acting community,” she says. “And then you have a foot in the door, so everyone kind of knows your face, not in a sense of fame, but within casting circles. I was also in Skam, which broke through internationally, so I just got asked to try out for the part for Ragnarok. I was in England at that time, so I couldn't do the audition physically and did a self tape.

It’s fascinating how some musicians relished what they saw as a huge creative opportunity during the lockdowns we have just lived through, while others found this time to be a big creative block. Park falls into the latter category:

“It was kind of shit actually, to be honest about that,” she says. “I've had so much time to write, I really have, but there comes a point where you just have so much time, but you have no life lived to draw from. There's lots of things you can write about in solitude and loneliness. But also, you want to be able to look within yourself after an experience with people. I feel we need life around us in order to reflect on things.” 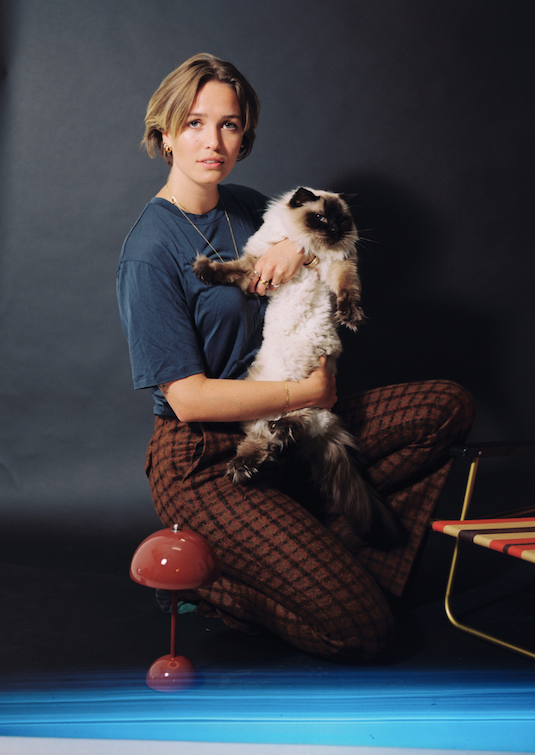 The tail-end of February saw Park release the seven-track EP Spaces, led by its first single Tendencies. A wonderful showcase of her sound, it’s a deft blend of Rhodes piano, melodic bass guitar and Park’s whispery vocals with just the right touch of huskiness taking centre stage. One of the song’s standout lyrics is: ‘I don't mind it 'cause no afterparties interest me, guess I'm old for 23.’

“It's about not feeling part of something: the tendency to call it a night early at a party, going home, feeling too old for 23. I am an extrovert, but suddenly, things weren't as fun anymore. I don't know how to explain it. That's the reason I write about it. The feeling of solitude or loneliness in a crowded room.”

In terms of how Spaces fits in her discography so far, Park says it has a bit more edge.

“I really wanted all of the songs to be live drums, because my last EP had more electronic drums and was more electronic overall, more poppy and polished. I worked with many different producers; I wasn't sure exactly how I wanted it to sound. This EP has a tiny, tiny, tiny spoon of grunge; I'm very inspired by Nirvana. You might not hear it but to me, it makes sense in my songwriting, like how that influenced and produced this album. I needed some grunge.”

For someone who claims to be bad with tech, Park has some impressive bits of gear in her home studio. “I have the Shure SM57 microphone,” she says. “Which is really nice; I always love using it in the studio. My soundcard is a Focusrite Scarlett, which has worked for me with no problems.”

Your scandi-homework is to check out Ragnarok, presuming you are one of Netflix’s 3.5 billion subscribers. But your homework will be graded totally incomplete if you do not listen to new EP Spaces, for some gorgeous, spacey indie tunes straight out of Norway, via Dubai and Liverpool.