Rhiannon Mair is on the way up. This hard working producer, engineer, songwriter, multi-instrumentalist, and label owner has made quite a name for herself over the past few years working with an array of artists out of her nicely kitted out studio. The results she has been getting are seriously impressive, as is her attitude to the music business in general. Which might explain why she was recently appointed an MPG Director. Kudos.

Being adept in any audio discipline is hard enough, but at the same time, to have a chance of making waves in the industry, you kind of need to be master of all. I ask Rhiannon if that’s a fair analysis.

“Yeah, that’s definitely how I’ve found it,” she says. “If you can do different things, sometimes you have to; and from a studio point of view, it’s quite handy being able to drum on a track, or help with some writing, play some guitar - things like that. It all ties together, really. There are so many aspects of making a record that goes beyond just being in a studio.”

Agreed. Many of the cool acts Rhiannon has and is continuing to work with are solo artists, and being the quality musician she is tends to be particularly beneficial in the studio.

“I think maybe that’s why I work with a lot of singer-songwriters, as they come to you with a song – unlike a band, where the song is complete, or at least fully arranged – and a lot of the time, a singer-songwriter can’t really hear how a drum part or bass part would go,” she explains. “So I guess as a multi-instrumentalist, that’s where my strengths kind of come in, because I can hear that and play it. It’s my USP. But there is no right or wrong way; it just depends on what the artist or band is looking for in a producer.”

Conversation turns to the recent 2019 MPG Awards, where Rhiannon was herself a nominee. The fact the votes come from her peers, she admits is a pretty epic thing in itself; and since then, she has joined the MPG board of directors - arguably, an even greater achievement.

“It’s an amazing compliment, especially as engineering is something I have very much learned on jobs. I didn’t work in a studio, and shadow engineers. Everything I have learned about it I’ve learned from university, and work experience; and picking it up on jobs, and watching engineers.

“As a producer, I end up engineering on tracks, and that’s simply because of budgets. Where there are bigger budgets, I have been lucky enough to work with other engineers - and that’s just great, as you can focus more on the producing.” 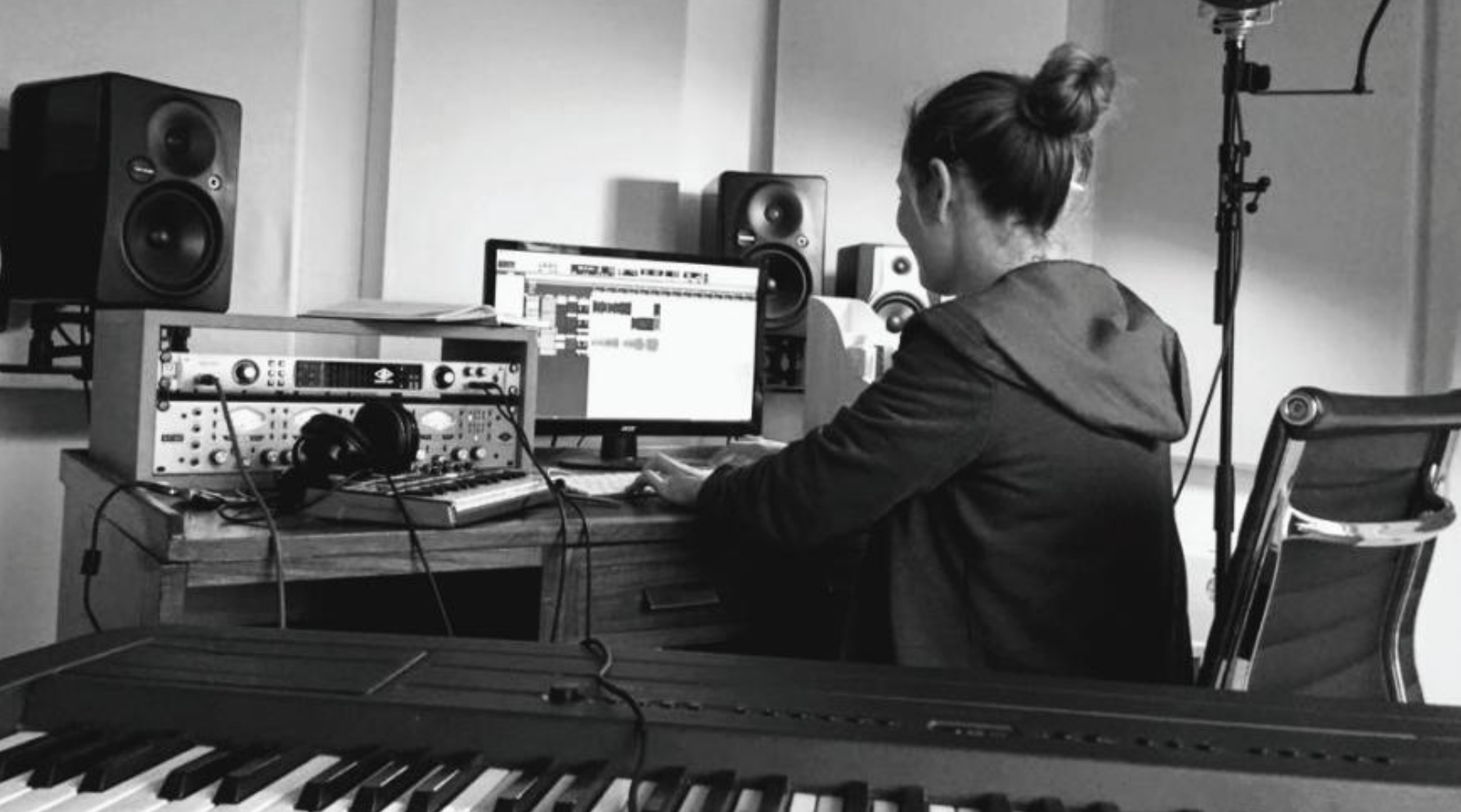 "You make mistakes along the way, and I am still learning with every artist or band I am working with; that’s the only way you grow as a producer."

Rhiannon just wrapped up a couple of tracks with Amy McGrath, an artist she’s worked with for a while, who is going to be releasing some new music this year; and she’s also working with indie artist, Russell Swallow, as well as a new and exciting project with LANTA, who she feels is particularly cool. So what about some advice for any upcoming creatives who want to make their way in the industry today?

“That’s a tricky one,” Rhiannon ponders. “If you want to be a producer, my advice would be to start calling yourself a producer – there is a lot of power there right away. And as soon as you start telling people that, and you believe that yourself, then people start thinking of you as one! [laughs]

“So the second thing I would say, if you’re starting out, is go and find some musicians: ask if you can get involved in projects, ask if you can record a friend’s band. I didn’t go down the ‘getting a job in a studio’ route, I did work experience in studios, but that is another angle; there is no right or wrong way to get into it. If you know producing is what you want to do, call yourself one, and go and be one! You may not make any money to begin with, but you’ve got to earn your stripes, I always say! [smiles]”

“Exactly that. You make mistakes along the way, and I am still learning with every artist or band I am working with. That’s the only way you grow as a producer.”

I ask Rhiannon about her indie label and publishing company, Palm Bay, which she recently set up with her wife.

“Yes, this is a new and exciting thing; my wife is also a songwriter and artist, and we wanted to create a home for all of our music that we make, and that we write on, essentially,” she reveals. “But also with an aim to develop artists, and to work with up and coming artists, because we have our studio. We wanted to help young artists who maybe haven’t found their sound yet, and put them out on the label.”

In terms of kit, Rhiannon relies on a Universal Audio combo:

“I have an Apollo 8 paired with a 4710D preamp, which runs as a slave to the Apollo. When I was looking to upgrade my gear, I wanted to be able to have the option of recording eight channels at once, so I could do basic drums as subs.

“The Apollo pres are very clean, and the 4710D has a tone dial, so you can switch between tube or solid state, which gives you more options; you can really drive that if you want, if you have a crunchy guitar or a rocky vocal, for example.”

Before I leave her to get back to work, I ask if there have been any real lightbulb moments of late that have inspired Rhiannon to create, or think differently.

“There are definitely too many to mention,” she laughs. “And I’ve only been working for three or four years with other artists, so honestly, every moment is a lightbulb moment!”