Thomas Riedel, founder and CEO of wireless networking solutions giant Riedel, has spoken to Headliner about the company’s plans to change the concept of what is possible in the world of broadcast and how its ability to identify new trends has put it on course for a year of record-breaking growth.

Though already revered as a ground-breaking force across the industry, Riedel has spent the past 18 months honing and refining its technology and processes to offer ever-more innovative solutions during the biggest crisis the sector has ever seen. The company has invested time and resources into developing remote production capabilities that have changed the game since the onset of the pandemic. In some cases, Riedel’s latest breakthroughs have caused some partners to completely rethink their approach to production and comms operations, while its investment in R&D has led to a raft of new products and technologies coming to market that have set new standards, not least through its work on the America's Cup this year, where it helped the event achieve its most viewed outing to date.

Elsewhere, Riedel has added several new recruits to its ranks, particularly in R&D, utilising the lockdown period to introduce new technologies and improve existing ones.

Here, Thomas Riedel tells Headliner about the latest market trends, offers his take on the “conservative” broadcast market, and fills us in on what has been a truly pivotal time for the industry…

How has Riedel been faring during the pandemic? What impact has lockdown and social distancing had on the business?

There’s lots to tell, and it’s not just negatives, but also some positives. Obviously when the pandemic kicked in, it was a shock. At the time I was in Melbourne waiting for the first Formula 1, which was cancelled, so I just jumped on a plane home. Since then I haven’t done more than 10 flights, when usually I’d be flying two times a week, so it’s been a very different life, that’s for sure.

I thought straight away that it was going to be really bad for the whole world, but specifically for our business with so many events being cancelled or postponed. For us it wasn’t as bad as we expected in the early stages. We used the time to keep working on engineering, so 2020 wasn’t a hugely profitable year, but it wasn’t a huge loss either. The measures we implemented were exactly the right ones to make sure we got through this. We used the time to do all the things we usually want to do but don’t have time for, things like product development. And things like Formula 1 and football came back after only a short break.

Personally, the way we were all slowed down in our lives was a very positive thing. When I think of my schedule before the pandemic, I was sitting on a plane most of the time. Now I spend a lot more time at home with family, but also inside the company to discuss things. It feels much better.

What has the company been focusing on during this down time?

There are two main aspects. One is looking at the product business of Riedel. Most people know us as a specialist in intercoms and wireless systems. For several years now we have also been focusing on AV networks and that business grew to a certain size, so our strong belief is that these will merge into one another. In the future we believe it will not just be about buying an intercom system or an audio system, but it will be an all-in-one solution. We must think about how AV communications systems will look in the future. And there’s data as well. If you think about all the data in sports, things like telemetry, tracking and biometrics, that also has to be included in the big picture. That’s what we are working on and I’m very much looking forward to the next big trade show.

The other aspect is that there needs to be a much more holistic view of sports and entertainment. And we did a kind of rehearsal for this. During lockdown, we did the America's Cup project, where we went in as a producer as part of a joint venture called circle-o. And as that joint venture we have become the host broadcaster for the America's Cup. That allowed us to bring in technology that is not just providing a service but really influencing that format and adding new features that had not been there before, and it resulted into the best America's Cup ever in terms of viewers and numbers. So that was a rehearsal but also proof of concept in my mind - these types of formats need to rethink their use of technology. All of that probably wouldn’t have happened in the same way without the pandemic,

Did the pandemic offer the chance to look at new markets?

If I name a number of companies like Netflix, YouTube, Apple, Microsoft, Google, you probably wouldn’t think Riedel is connected to those brands. But in fact this group of companies are very large clients of ours and are probably bigger than all the public broadcasters we supply with kit altogether. So, I would say we are in the very fortunate position in that we still have all the traditional business, but we also have a big foot in the camp of these new media players, primarily in America but also in Asia.

How did you become involved with those clients?

I wouldn’t say it was due to lockdown. We were in touch with all these companies already, but because the pandemic has given this push to the digital world, that rippled down to us and has brought us extra business. But we were working with those players for a very long time, and we see the media world as being a wide spread of different players. The reason we are involved is because lots of people who used to work in the traditional broadcast world have joined these players.

The other reason is due to the level of technology we provide. We’ve always had a very innovative approach and we have looked to reinvent things. These types of players really appreciate that. The broadcast industry is very conservative, but the new players are not so conservative, and they want to look at new ways of doing things. That’s why we are in touch with them and are doing business there. 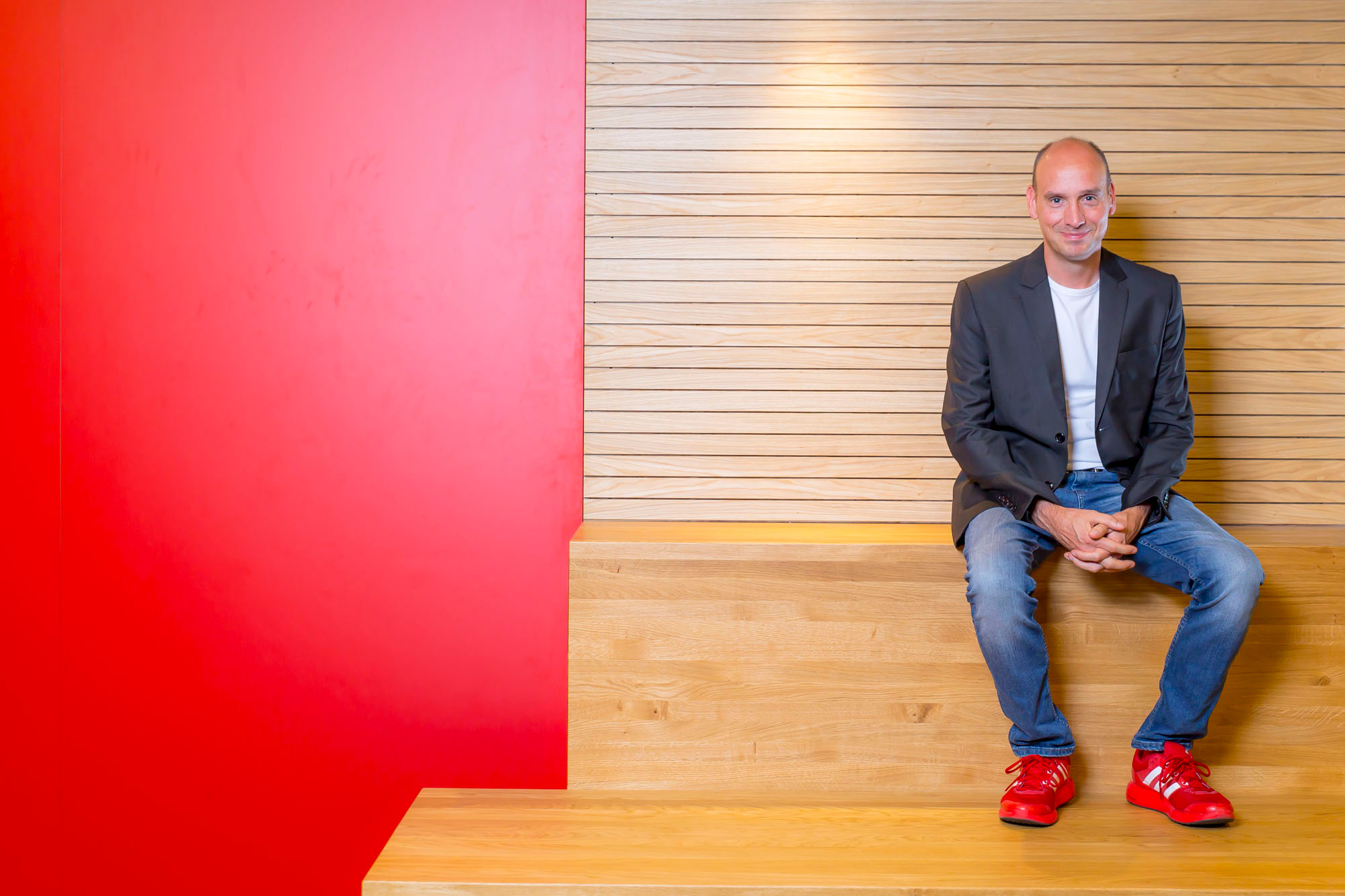 Why is the traditional broadcast market so conservative? Do you think these new players force the long-established ones to innovate?

I don’t know why that part of the industry is so conservative, I can just confirm that it is, and it’s hard to make it change. But I’m certain those traditional players have to change – it’s a matter of survival. It doesn’t mean that broadcasters will not be there anymore if they don’t change right now. It’s a little bit like climate change. Will climate change kill us all before the end of the year? Obviously not, but it’s a huge threat and we are running towards a huge problem. This is the case in broadcast as well.

How has the company innovated on the product front during this time?

One area of development which was definitely sped up was everything around remote productions and remote operations. The fact that people couldn’t travel and meet forced all of us to think about what we could do instead. Like we saw a huge explosion of video conferencing solutions, the broadcast industry was desperate for solutions like remote cameras, remote monitor systems, and we have done that big time. This has not only sped up development, but it has opened the minds of a lot of clients to do things remotely, where previously they would have accepted that. We are supporting IT and comms installations remotely from our remote operations centre around the globe, whereas before we had to send people on flights to do the same jobs.

You recently hired a new director of manufacturing. Does this mean we will see a surge in new products?

To be perfectly honest, it was overdue for us to get even more expertise onboard. Of course, that doesn’t mean we haven’t previously been making high quality products – we certainly have – but we saw there were improvements we could make and it starts with the whole supply chain management and goes to all the after sales service as well. That was the reason for bringing Oliver Zimmerman onboard. But he’s not the only one, we have added quite a number of resources and also tools to really keep improving and keep up with growth as we are growing year-by-year. We look like we are going to exceed the record-breaking figures we achieved in 2019 in 2021.

It seems there is a constant process of refinement and improvement across the business.

We have always developed the way we do things and tried to improve, and that’s certainly one of the factors in our success. We must not stand still. If you do, you are going backwards, so it’s very important to constantly improve in all areas. You might wonder how in a year in which the pandemic is still ongoing we are growing against the trend? I’d say it’s because we are open to new ways of doing things and because we are so innovative.

What market trends outside of the company have you seen during this time and where do you see the market headed?

One is the remote production developments I’ve already mentioned, and another is in automation. I believe that in the way we handle audio and video there are ways we can streamline operations. I believe there are lots of audio applications where audio mixing can be an automated process. Now, I’m not talking about things like FOH mixing of a band, I mean things like mixing of certain signals that can be done with the right input of data and be done so in a completely automated way. Efficiency is something we need to get, and at the same time, we need to find new features because all formats, whether sports or entertainment, are competing, so they are all looking for new things they can do, and using technology as a tool to develop your format is still something that has lots of potential.

Traditionally, tech people are brought in at a late stage of production. This is something where I am constantly preaching to people: ‘bring technology people in at an early stage’. The house you want to build might look completely different if you understand what tools and methods and technologies are available. People should talk to people like us, the tech guys, to help earlier in the process.

Listen to the full interview with Thomas Riedel on Headliner Radio here: