Shan Ako: Growing Through The Motions

Shan Ako has been up since very early in the morning, but annoyingly she does not look anything close to being tired. Headliner visits her at London’s Gielgud Theatre, where (at the time of writing) she is starring as Éponine Thénardier in Les Misérables - The Staged Concert eight days a week.

“I usually have to be here at 6pm and I leave at around 10.20pm – I don't have to necessarily be out of my house until 4pm, and I usually work on my own music before that. Oh, gosh, is fine,” she assures me in her soothing voice, waving her hand as if it’s nothing. “I'm used to performing and traveling, and I enjoy it. But it is getting cold now...but at the same time, I do like my cosy jumpers!”

Often singing the ends of her words, Ako has a refreshing ability to make the best out of every situation; during the interview she radiates nothing but sincerity and gratitude. A ray of sunshine personified, the London-born 26 year old makes herself comfortable in a cozy room in the back of the theatre; “Shirley Bassey was here yesterday,” she says excitedly, showing me the Dame’s signature in the guest book. Long, braided hair piled up neatly in a huge bun on top of her head, Ako is wearing a fabulous midriff-bearing jumpsuit that would make most women rear away in terror. “It’s been lent to me for our photos today,” she says, adjusting it carefully every time she moves.

Ako has loved music since her school days, fondly remembering singing anything she had learnt during the morning assembly at home. “That was my happy place! I just always remember loving it, going home from school and non-stop singing the songs. Most of my family are quite musical as well. My dad is a singer and he's very much into reggae music. I saw him performing and producing in the studio, and seeing that obviously inspired me as well. My mum has a great taste in music, too – it’s in the family. Music has always put a smile on my face.”

As comfortable playing the guitar as she is singing, the Brit School Alumni began releasing self-produced music as a teenager, writing lyrics to provide inspiration to young people. Ako went on to gain exceptional credits and performance experiences, including the pre-mobo awards at Cadogan Hall, the Barbican for the London Jazz Festival, and winning the Project Aloft Star for emerging artists run by Starwood Hotel Group and BBC Radio 1. However, her first big break came when she auditioned for 2018’s The X-Factor, receiving a standing ovation after her moving and earnest rendition of Never Enough from The Greatest Showman soundtrack.

At the time of interview, it is exactly one year since Ako’s life-changing audition. “It was terrifying,” she admits, smiling. “I had auditioned once before when I was 14 when they lowered the age limit for a while. Then the opportunity came up again, so I thought, why not try it? Another reason I acknowledge the opportunity was because they were also offering me a chance to present my own music on the show, so it was the perfect platform. And it worked!”

Surviving the show’s brutal Six Chair Challenge round with a rendition of Donny Hathaway's A Song For You, Ako then progressed to the Judges’ Houses stage of the competition, where she performed an original song, earning her a round of applause from multi-award-winning American songwriter, Diane Warren.

Ako says that when it comes to Simon Cowell, what you see is what you get. “He’s been so cool,” she enthuses. “I can tell that having his lovely son has brought such a light to him – it’s beautiful to see. It was an honour to be in his presence at all times.” Headliner jokes that he can’t hear her (or can he?) “Really, he’s amazing,” she insists. “He talked to me like an uncle or a dad – he’s just cool! There wasn’t any pressure. Although he did sometimes change his mind about songs on the spot, which was funny...and scary,” she laughs. 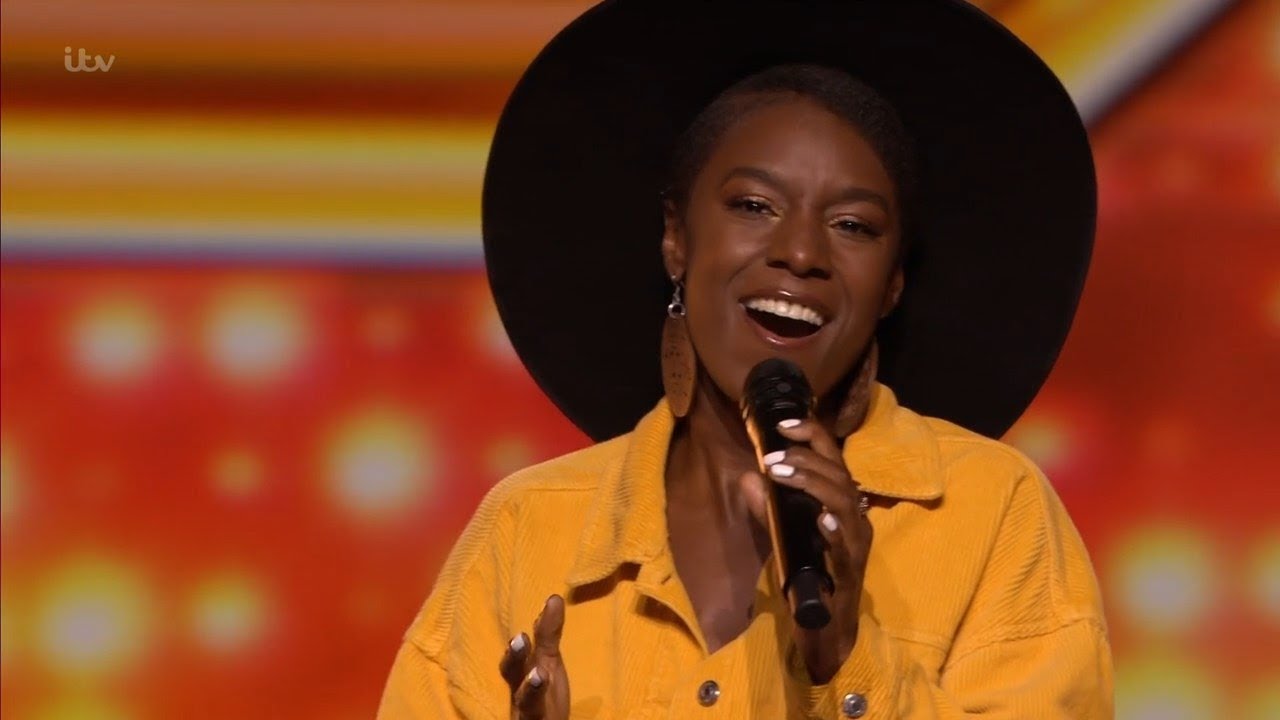 While most associate Ako with The X Factor, what is less well known is that the singer has a 1st class degree in Music Business and Arts Management, which has prepared her for every eventuality.

“I thought to myself: ‘What if my music doesn't happen? What if I'm not at the front of the stage all the time?’ I wanted to equip myself to learn the music business. I knew that I wanted to work in the industry one way or another, so that’s enabled me to develop management skills. It helped with the business side of things, such as contract-signing and even being on The X Factor. Although it was music-based, I learnt important life skills too. It got me in the right frame of mind. Even now, if I were to lose my voice – God forbid,” she adds, touching wood, “I have no problem going to work behind the scenes and helping to create someone else's dream, and making that a reality for them.”

She really does mean it. Since appearing on The X Factor and the subsequent 2019 X Factor National Arena Tour, Ako’s life has changed dramatically. “It definitely grew my online presence a lot. A lot of people recognise me on the street; I get to encounter such beautiful people, and they tell me how much I have inspired them, which is so nice to hear.”

Subscribe to the digital issue here and be amongst the first to receive the new issue.