Shaun Martin's musical journey began at just four years old (more on that later), but it was in the late '90s that things started to get really interesting, working for Kirk Franklin as the gospel superstar’s musical director while also co-producing his records. He has since established himself as a truly in-demand studio musician and collaborator, working with legends like Erykah Badu (on her sophomore album, 2000's Mama's Gun), and a host of well known artists including Timbaland, Chaka Khan, Yolanda Adams, and Tamela Mann.

He is also the proud owner of five Grammys - three for Best Album, two for his work with the jazz fusion phenomenon, Snarky Puppy; and in 2015, Martin released his debut solo album, the largely instrumental, jazz-infused, 7 Summers. And in his spare time? Every Sunday, he can be found doing his thing at Dallas’ Friendship-West Baptist Church, performing to thousands as the Minister of Worship.

Earlier this year, Martin was showcasing his latest demos at the Winter NAMM show in California. We ask him to tell us a little more about what he got out of the whole experience:

“I'm not sure I've ever got so much work done in so little time,” he admits, with a smile. “NAMM was great; it gave me the opportunity to connect with some old friends as well as make new friends and build new relationships, which is always a good thing. I also had the pleasure of demoing the Virtual Instrument (VI) line for Waves Audio, and present some of them for the first time. Many people weren't aware of the VIs, and I was glad that I was able to introduce the masses to another arm of this legendary company.”

The manufacturer's new VI line is one that's rapidly expanding, it seems.

“Waves are working diligently to create some very cool synths and very authentic sounding vintage keyboards,” Martin confirms. “I got involved because my booking manager, Eric Gerber, reached out to me about an opportunity that had come across his desk from a friend. Then he reached out to my manager, and we thought it was a perfect opportunity considering the fact that I didn't even know Waves had done that type of thing until now.”

Headliner learned about Waves' meticulousness in terms of plugin development on a trip to Abbey Road Studios last year; the level of detail in the sampling, and generally recreating the sonics is pretty staggering. How do the VIs do in comparison, and how many is Martin using, though?

“I use a wide variety [of VIs] considering the fact that so much of music production these days is computer based; I've never really been on the development end of it, though,” he says. “I do, however, like to compare how any VI sounds against the real instrument that it's trying to emulate. One thing that's key for me is, ‘can I get the same feeling when I hear this plugin that I get when I play the original instrument?’ So I'll play a Minimoog plugin, and play an actual Model D Minimoog; and if I get the same chills, then I'll rock with it. I did the same thing with the Waves Electric 88 VI. I compared it in its original factory setting against my suitcase Rhodes, and I was blown away by just how similar they sounded, as well as how good it actually felt! It truly warmed my heart...” 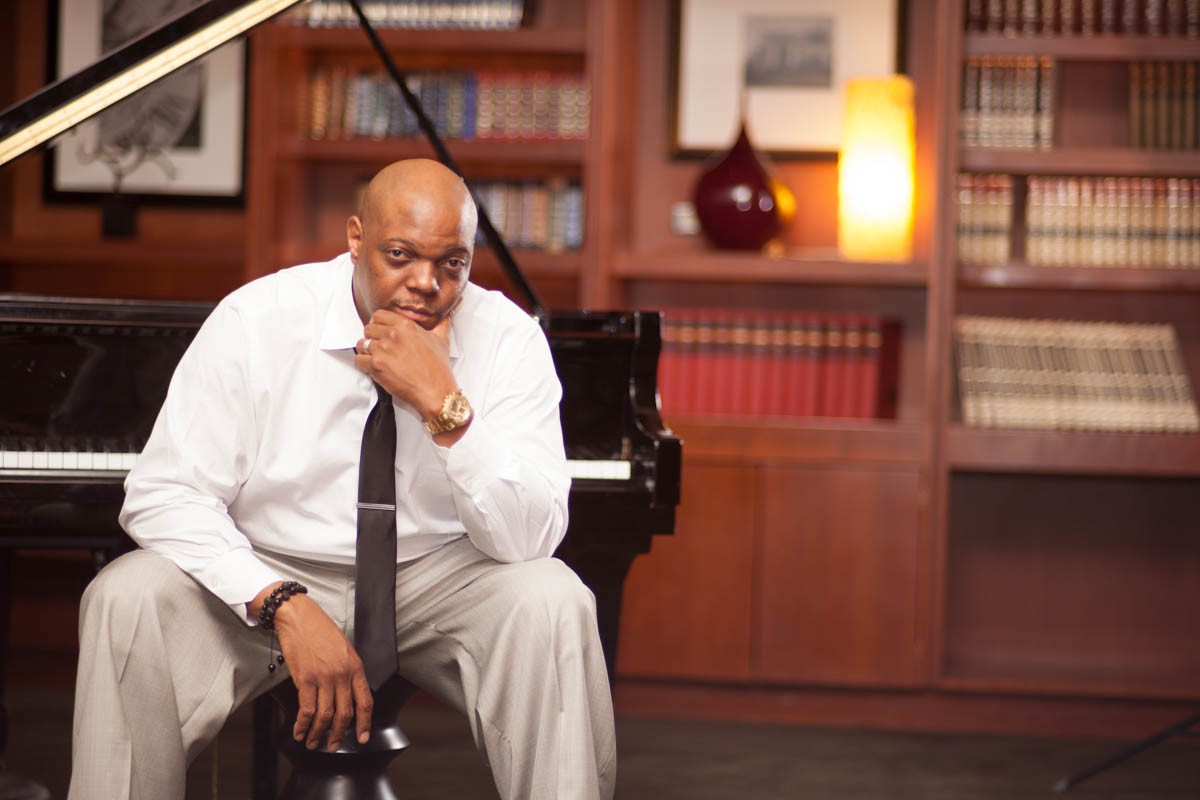 I compared the Waves Electric 88 against my suitcase Rhodes, and I was blown away by just how similar they sounded. Shaun Martin

Virtually Nothing In It

Although Martin will always be a vintage keyboard user, he admits it is quite possible that some of these VIs could replace some of his old school kit.

“I do like to integrate old and new, and come up with things that are not normal, so anything is possible,” he says. “And it's not just a studio thing, especially when you're talking about consistency. With vintage keyboards, they've
been around so long that you don't always know what you're going to get when you're doing a live performance in the middle of nowhere. That just happened to me on a recent show in Haiti, actually - my Rhodes was... [pauses] well, let's just say, it had been worked over! [smiles] I was able to use my Waves Electric 88, and it sounded
so warm and full. It literally saved my tail! And these VIs are very user friendly, too, and quite explorable. You can create your sounds as well as play the stock Rhodes sound.”

Martin has been a Waves plugin user for some time. He uses the L2 Ultramaximizer “on pretty much everything,” he tells us:

“I had a friend named Eric Hartman who taught me to use the L2, so I can make even the lamest things pop! [laughs] I use the C1 quite a bit, too; it's multi-functional, and it really can handle a lot! Then there's the Waves MaxxBass, too, which does a great job; and all Manny Marroquin's plugins are great when you want to get creative. So I use quite a lot, actually.”

We chat a little about Martin's musical background, and how he first got into what he does today; he started out playing classical piano at the age of four, and the church also played a pivotal part in his musical education.

“The church was actually where I first learned to play the Hammond B-3,” Martin explains. “Then I studied jazz throughout High School at the Booker T. Washington HS for Performing and Visual Arts, before graduating from the University of North Texas. It was then that I began touring with Kirk Franklin, and writing and producing with Erykah Badu; and once I started producing, I began to take notice of things like sonics, and how they work in terms of translating a musical message. I would watch the mix engineers use their ear, and craft sounds from analogue instruments.”

So Martin chooses to wear several musical hats, and is equally passionate about performance and production. Incidentally, most of his production work is done out of a studio in Dallas, which he runs with his friend, Nathan Forsbach; and he also works out of Luminous Sound (also in Dallas) with fellow Grammy-winner and Waves
user, Tre Nagella. How does he manage both those hats, then?

“The key is honestly just knowing which role to play. If I'm called to be a musician, then I'm a musician. Lanes are really important... If you don't stay in the designated lane, you'll go crazy! Fortunately, from Timbaland, to Erykah, to Kirk, most people know exactly what they want in the process, so it's easy to produce from a space that’s familiar. So I still write and produce now, mainly with Kirk Franklin; and I still perform with the hombres, Snarky Puppy. I've accumulated three of my Grammys for producing [with Kirk], and two for my role in Snarky Puppy, so I'd say those are career highlights for sure. And releasing my own album, 7 Summers, and watching where that goes, as well.”

Rather than leave us with a stand-out rock and roll story, Martin prefers to keep it simple, and quite poignant. He's just all about the music, it seems:

“I have many, many musical memories, but what I really look forward to is making music that brings peace and love to people all over the world...”

We can't argue with that. We wish Shaun the very best with all his future projects.