With his upcoming project, Pages, Taylor Gang singer SK8 marks his transition into punk rock while remaining true to his “hip-hop head” days, and it’s his best work yet.

“You can't waste no time, because there's always somebody working harder to be where you're at,” begins SK8 when talking about how he’s spent the last year – lots of running and studio time, in case you’re wondering. “You've got to stay focused,” he points out.

At 15, you could find SK8 (real name Nathan Montgomery Maloley) in his room writing lyrics, and by his sophomore year, you could find him handing out CDs in high school. A few years later, he moved to L.A from Omaha, Nebraska and linked with Taylor Gang, first breaking into the mainstream with his 2020 EP sk8sounds.

“For some reason I always felt like I would get out of Omaha; I always had that kind of instilled in my head,” he admits.

Born to a Lebanese father who introduced SK8 (which derives from a childhood nickname given to him by his mother) to Bob Marley and Eric Clapton, he later discovered 50 Cent, Lil Wayne, Nelly and Wiz Khalifa, and by 2015, he had opened for Lil Wayne, 2 Chainz, and Rae Sremmurd and scored an RIAA certified-gold record with his Jack & Jack collaboration, Like That.

Today, SK8 is gearing up to release Pages, a personal project that will be released later in 2021. With more punk influence than ever before, he reveals that the new project drums up themes of rebellion, broken relationships, teenage nostalgia, and that unending need to rage against systems built to curtail his personal light.

“As a kid, I was really into hip-hop,” he states. “I really wasn't into rock at the time. I was listening to Wiz Khalifa, Lil Wayne, 50 Cent, Chris Brown, Drake, Mac Miller, and old school hip-hop like Tupac and Biggie. I was a real hip-hop head. I was the guy that was going to the hip-hop mixtape sites and trying to find the newest artists before anybody did.

"Then I slowly started to broaden my listening spectrum, and for this album a lot of my influences came from listening to Nirvana, a lot of old guitar throwback songs and classic rock songs. It just transformed into something that is so unique and genuine to myself. It's been awesome, man. I really feel like I have created a sound that's really genuine and unique to myself.” 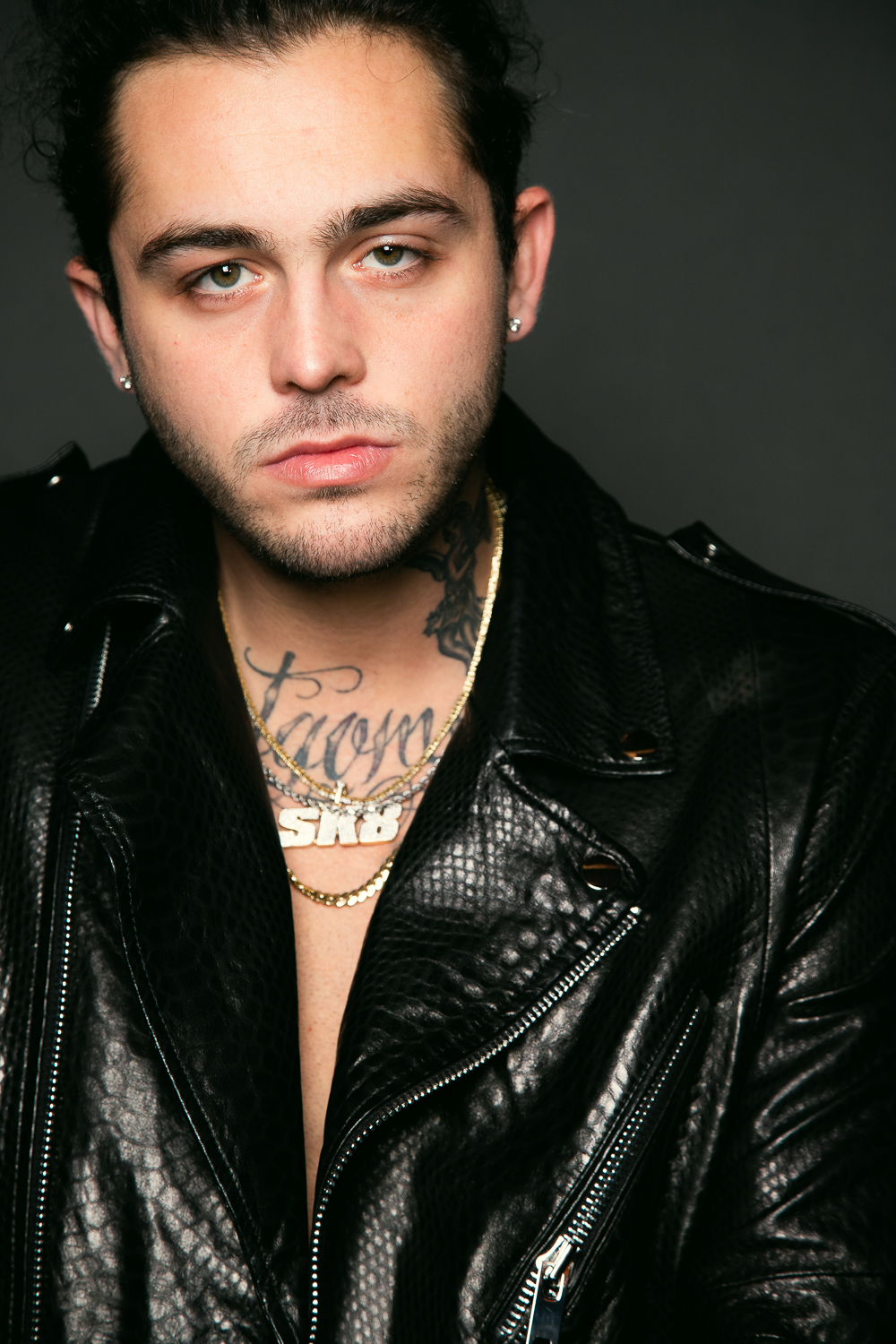 I really feel like I have created a sound that's really genuine and unique to myself.

With Pages, SK8 finally feels like he’s coming into his own, and says the main message is about pushing through your failures to grow into who you are.

“You’re always turning the page, and it’s about not looking back,” he explains. “No matter what happens, we can still all get on the same page. Whether we’re going through something, we can always still figure things out through communication.

"If you really want something, you gotta go for it. You gotta say it. If you get aligned with everything in your life, you’ll be alright.”

SK8 shares that a song from Pages called One Day is one of the hardest for him to listen to due to him being in a dark place, mentally when writing it.

“This touches on a time in my life where I was pretty low,” he acknowledges. “A lot of people see celebrities or see people with Instagram followers and think everything's sweet, but I think they really want to see how they can relate – we go through the same struggles as somebody that's working a nine-to-five.

"This really hit deep because I was at my lowest and I feel like somebody can listen to it and be at their lowest, and we can get through whatever together. One Day is really special to me; that song is dope.”

The vibe of Pages won’t all be like this though, he assures me: