Part-mermaid, part-composer, Australia’s Sophie Hutchings is an integral part of the newly-blossoming neoclassical music scene Down Under. She’s recently released her sixth album, Scattered On The Wind, on Mercury KX, a label she shares with luminaries such as Ólafur Arnalds and Lambert. A typically extroverted Aussie in social situations, but an introvert in her world of indie-classical piano compositions, we spoke to her in the wake of her quarantined-album release.

Mentioning that Europe seems to have the strongest appetite for the music of Hutchings’ peers such as Nils Frahm, Dustin O’Halloran et al, she agrees by conceding, “it’s probably why I have to travel so far to perform! It’s still a young genre here in Australia. I do seem to have a stronger following over there. But it is growing here — we definitely have an alternative-leaning music taste here, so it would make sense that alternative classical would do well here. Ólafur Arnalds and Nils Frahm both sell-out Sydney Opera House. But touring here is tough because we don’t have as many suitable venues for this music as you would have in Europe.

“Last year we had a festival put on by Universal Records called Zone Out in Sydney at one of the largest multi-arts centres in the country. Lambert came out for that, and me and my buddy Luke Howard both performed. That was the first of its kind, but it was pretty timely because this is taking off.”

I mention that Scattered On The Wind is Hutchings’ sixth album, meaning she’s already carved a decent career out for herself, with this being the first to be released with the Mercury KX subsidiary label of Decca and Universal.

“I think so, I’d have to count,” she says with a laugh. “It’s always a blank canvas for me when I’m writing — I kind of disengage and don’t quite know what I’m doing. But then over time, I develop a relationship with the new music that’s coming out. This album has been about surrendering to the unknown while trusting that things will align.”

Hutchings describes herself as a “curly-haired blonde who will talk to anything that moves.”

I remark that her social confidence is interesting within a genre of music that is so introverted in nature. Unsurprisingly, the mentioned artists such as Ólafur Arnalds and Nils Frahm don’t have mismatching EDM DJ type loud and extroverted personalities. And composing itself tends to be such a solitary activity. 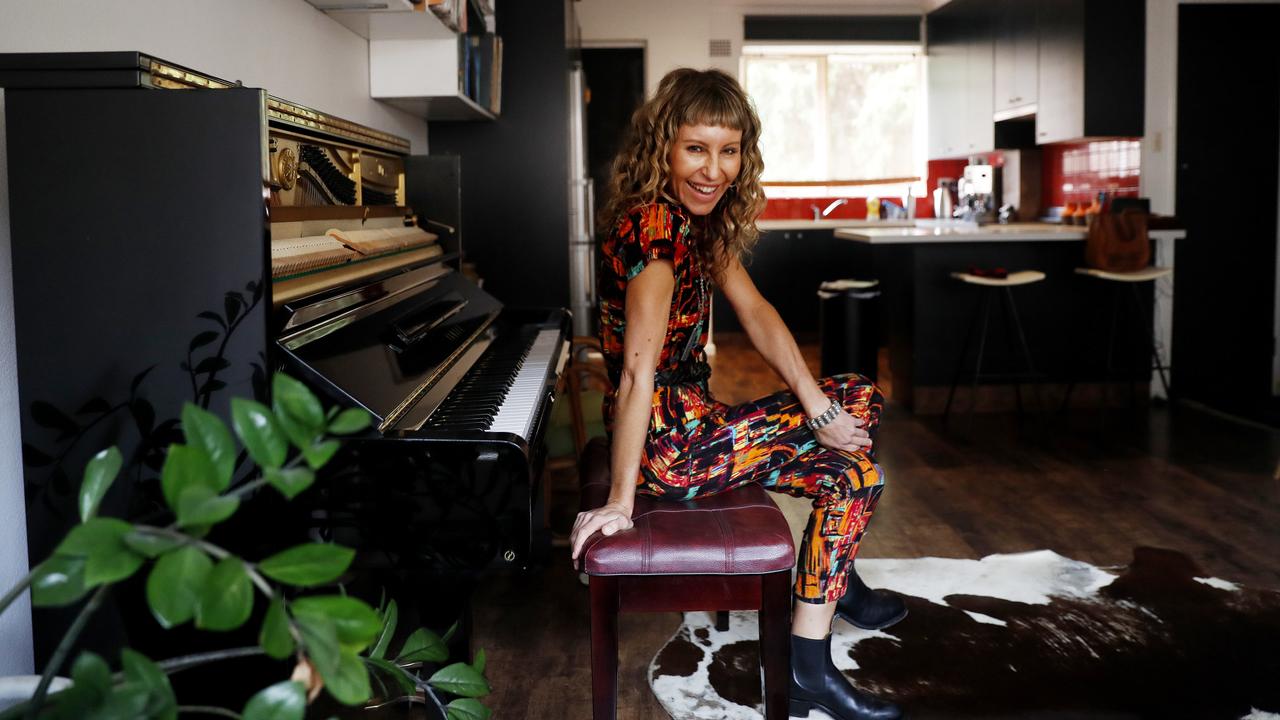 When I’m writing it’s just like the music completely takes over me.

“Totally,” Hutchings concurs. “I have a split personality in that sense. [laughs] I am really outgoing, I’m not shy and I love people. But I also crave solitude and I’m incredibly comfortable being by myself. And to write, I need to be by myself. I’d say my music side is the introverted side to me.

"This new album has been kind of me acknowledging this journey — with my music, I go so far the other way that in the past, you almost had to kick me onto the stage. Going down that unknown pathway has been so important. Again, surrendering to the unknown.”

I pick up on the fact that the word ‘surrender’ keeps popping up — you could say it’s the antithesis of the ingrained, Western way of ‘hustling’ through life and working as hard as possible.

“When I’m writing it’s just like the music completely takes over me,” Hutchings says. “It feels very natural. Trusting your instincts. I’m not very decisive when it comes to music so I just go down that musical pathway and trust. Music is the one time in life where I do practise mindfulness, which I know is so important in this day and age. But something definitely takes over me, it’s very internal and emotional. Like the guttural part of who you are. I just hope it connects with people!”

With her fascination with getting into musical flow states, her ethereal piano and strings-based music and of course the theme of water in her track titles and cover artwork, it’s unsurprising that Hutchings is someone who needs her “daily ocean fix”– loving to swim in the sea and gaze out across its horizon.

“The ocean was always part of my livelihood growing up,” she says. “My childhood was 24/7 music and also my father would take us on a lot of road trips around all the open landscapes here in Australia. Those trips would put me in that really immersive state that I’ve talked about. I live literally a stone’s throw from the ocean; it’s very medicinal so I try to make it a daily ritual.”

Listening to Sophie Hutchings’ music feels like being bathed in warm, comforting waters, and undoubtedly has a healing and therapeutic quality to it in these fairly frightening times we are currently living through. Scattered On The Wind could not be a more appropriate album for this time, so thank goodness Hutchings listened to that gut instinct telling her to surrender to that unknowable place that helped her manifest it.