What does one do after winning a Grammy for a song written with The Weeknd, scoring a huge hit with Miley Cyrus on ‘Wrecking Ball’, and amassing heavyweight credits that include Celine Dion, Avril Lavigne, Dua Lipa, Ellie Goulding and many more? Release an album of minimalist, calming piano music, of course.

As mental health remains one of the main conversations in society, more and more successful musicians reveal that, despite all the fame and fortune, they have remained as susceptible to depression, anxiety and all the rest regardless. And Canadian composer and songwriter Stephan Moccio, with many of his huge achievements listed above, felt a yearning for solitude and simplicity, which has manifested in his new album, Tales of Solace.

“I had the urge, if you will, almost two years ago,” Moccio says, speaking to us from L.A. “And that sort of urge came when I was working in London, cutting strings for Celine Dion at AIR studios. And I just decided I needed to come back to the instrument that I started on, which is the piano.”

It’s the kind of story you may have heard before, where along comes a lot of glitz and glamour, fancy parties, big fashionable and exclusive events, and despite the world falling at your feet, artists like Moccio will still experience a sensation of something being missing.

“I was just feeling the itch because my life was rather big and complicated, if you will,” he says. “And I just wanted to come back to creating beautiful melodies, instrumental melodies at the piano, and regain creative control of my art and career with Tales of Solace.”

In fact, Moccio had trained and started out as a classical musician, but “after that, for the last decade or so, I just had a string of of successes with pop songs. I was living in Toronto all my life but almost 10 years ago, after I scored the Olympic theme song for the Vancouver Winter Games, I moved to L.A. Which was when I cowrote a song called Wrecking Ball for Miley Cyrus with Sacha Skarbek and Mozella.

“And then I got involved with The Weeknd and co-wrote and produced one of his first big hits called Earned It. That song garnered a plethora of Grammy nominations and even won one. And Celine Dion – she gave me my first hit with A New Day Has Come. That was over 20 years now but it changed my life. And so it's been it's been a beautiful, beautiful ride.”

Moccio felt drawn back to the piano because success as a songwriter saw him being “pulled in a million directions, everyone wanting to be in a songwriting room with you, and life just becoming so big and complicated.”

But he adds that it’s not a feeling that’s exclusive to Grammy-winning songwriters: “The sheer volume of emails we have to balance on a daily basis, the social media accounts, the correspondence, the texts, it's enough to make any of us go crazy.”

The album isn’t simply a reaction against life becoming so sped up, but also inspired by a bit of reading and applying some of Moccio’s choice philosophy to life, and subsequently his music.

“I picked up a book in a section of L.A called Abbot Kinney,” he explains. “It's a hippie dippie, sort of new age section of L.A, and it's a book called Wabi Sabi. And the philosophy is just that perfection really doesn't exist. Even on a piece of furniture, there's no such thing. And I took that approach with my music; I'm a perfectionist sometimes, and oftentimes, I would get paralysed in the fact that I want to make every moment perfect. But with Tales of Solace, a lot of these songs are just one takes. You can hear my bench, you hear the pedal sounds, you hear the felt on the piano just kind of left in.” 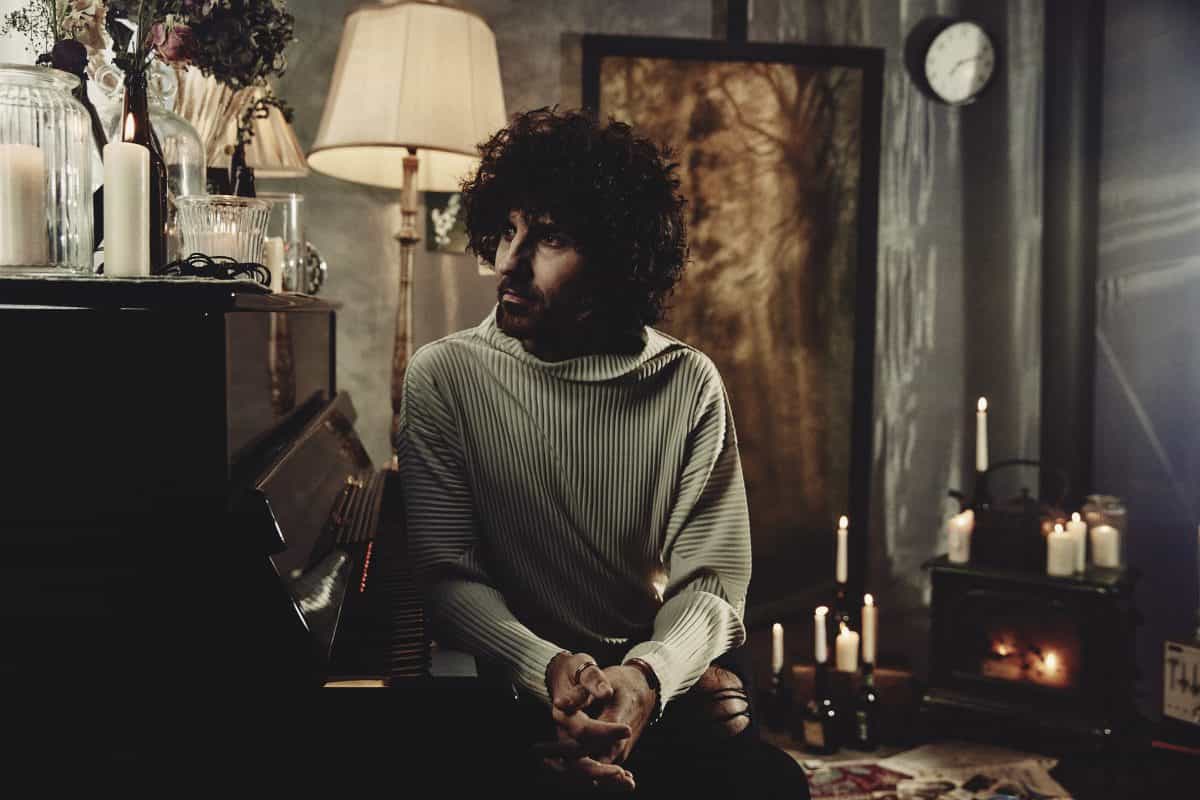 I'm a perfectionist sometimes, and oftentimes, I would get paralysed in the fact that I want to make every moment perfect.

With his feet firmly placed in both the worlds of pop and classical music, we then get chatting about the new breed of ‘neoclassical’ composers such as Nils Frahm, Dustin O’Halloran, Max Richter, and how their live show experience differ to that of the traditional concert hall. Moccio agrees that it’s high time to make the classical experience as inclusive, fun and friendly as possible, as opposed to being stuffy, stifling and elitist.

“f you hear the orchestra perform Beethoven's Symphony, for example, we often feel the cliche is to get dressed up,” Moccio says. “And if it's Lang Lang performing the piano concerto he comes out and he bows to the audience. But we don't hear him talk. We don't have a sensibility of who he truly is, other than maybe what he does at the piano.

“I saw Joep Beving and Max Richter both perform in L.A recently. Max performed at UCLA. And the kind of people that we are now drawing toward these kind of concerts – you've got everybody from the classical world, to a new generation of kids who just have an appreciation for this. And I thought, 'that's beautiful'. It was beautiful to watch.”

For many of us, it’s been a very challenging year. But wherever you’re at, you absolutely deserve to take a pause and listen to Tales of Solace. I have no doubt a bit of piano stillness from Mr Moccio is the antidote we all need right now.