Stephan Moccio, songwriter and producer for some of the biggest artists on the planet, including the likes of Celine Dion, The Weeknd and Miley Cyrus, tells Headliner about his new solo album Lionheart and what it takes to become one of the world’s most in-demand studio talents…

There was never really any doubt that L.A-based, Canadian musical maestro, songwriter and producer, Stephan Moccio, was going to make a career in music. Born into a family of accomplished musicians and entrenched in classical music education from the age of three, it was perhaps inevitable that he would enter his teens and early adult years with a considerable set of musical chops at his disposal. What wasn’t quite so predictable was the reputation he would carve out as one of the finest and most sought-after pop songwriters and producers on the planet.

Among the standouts on an extensive list of writer and co-writer credits are: Miley Cyrus’s Wrecking Ball, The Weeknd’s Earned It, numerous songs and a long-standing relationship with Celine Dion and a string of hits with the likes of Avril Lavigne, Josh Groban, Dua Lipa, Lykke Li, Seal, James Blunt and many others.

He’s also notched up three Grammy nominations, one Oscar nomination and was a judge on Canada’s Got Talent. Oh, and he was also the composer of 2010 Vancouver Winter Olympics theme I Believe, performed by Nikki Yanofsky.

“Writing that was huge,” Moccio tells Headliner as we reach him via Zoom at his spacious, sunlit L.A home. His demeanour is incredibly laid back. His meditative tone, slight frame, thick mane of dark hair and few days-old stubble possessing shades of late-Beatles era George Harrison.

“There was the song, but there were 257 musical cues I wrote for TV and the Olympics ‘suite’. I learned so much and it was such an enriching experience, but it was the most stressful thing I’ve done in my life. The pressure on my shoulders was huge but it was a colossal success because I knew that piece of music was golden."

So how did Moccio make the leap from prodigious young talent to bona fide studio superstar?

“My parents were adamant that my brother and I start piano lessons at the age of three, at the Royal Conservatory of Music in Toronto,” he says.

“The entire lineage on my mum’s side are all pianists, so it was expected that I would have some kind of life in the arts. Some children aren’t as fortunate, and their parents think that pursuing the arts is not a stable thing for the future. I immediately had season tickets for the ballet, and I went to numerous concerts.

“I grew up in Canada, in a border city to the United States, and by virtue of being so close I listened to a lot of American radio. So, while I was learning my classical chops I was being seduced by American pop culture, that’s where the duality, the swiss army knife in me came from – the classical and the pop amalgamated and my love for both is strong for different reasons. From then I learned other instruments, played in bands, and that helped me become a better producer.” 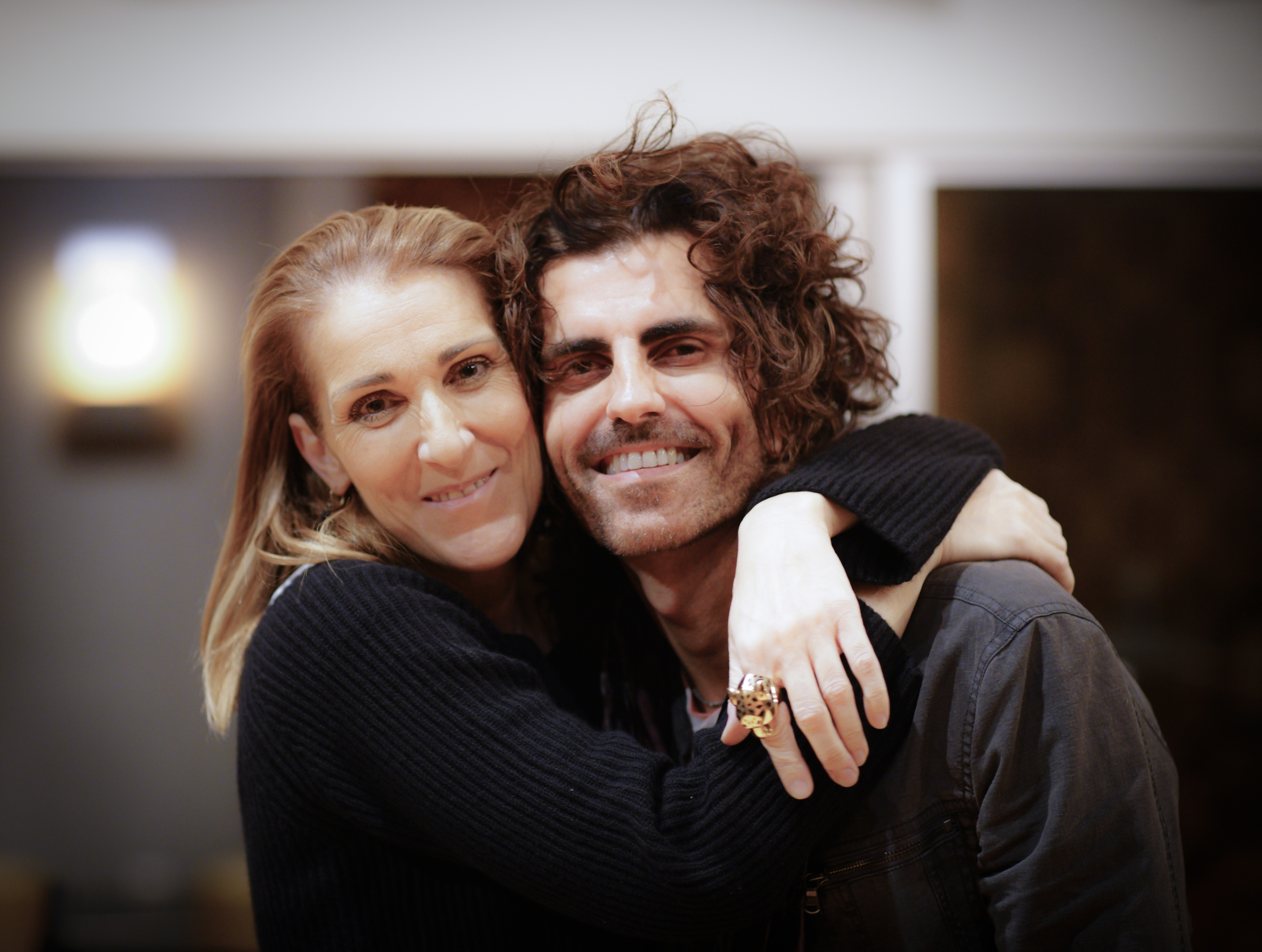 When you write a huge hit, everyone wants to get in a room with you. Stephan Moccio

Despite the seemingly idyllic path into music and the arts, things weren’t always quite so straightforward for the young Moccio. With an elite educational institution and equally lofty expectations levelled at him, the pressure that bore down on this child’s shoulders took a significant and pivotal toll.

“Music is 100% in my blood,” he states. “It chose me, I didn’t choose it. But there was a crisis when I was about 10 years old, because I was expected to be the best in my age group. I was winning all these festivals and competitions and there was a lot of pressure.

"So, I had a small breakdown. I had a big conversation with my parents and said I didn’t want to compete on the classical circuit anymore. That was a big turning point for me. My disdain at that point came from the pressure of always having to be the best. Once I removed that at the age of 11, everything changed.”

And change, things did. Over the coming years, Moccio would establish himself as one of the most talented and acclaimed songwriters and producers in Canada, with a reputation that would serve him well into his teens and early 20s. However, it was in his mid-20s that his profile would truly make the leap from national to international star.

“I had a plethora of big breaks in Canada, but you can’t survive on being a hit songwriter in one country – you need those breaks in the US, the UK, Germany, Japan,” he explains.

“That came in 2002 writing A New Day Has Come with Celine Dion. That put me on the map as an international songwriter. A lot happened after that. When you write one of the biggest hits of the year, everyone wants to get in a room with you. It was extraordinary and it was intoxicating having one of the biggest hits in the world.”

Though he knew he had a hit song on his hands at the time of writing, Moccio insists you can never be sure of when something will land with fans in such a fashion.

“With that song, it was the perfect collision of events,” he continues.

“It was a great song, she was the biggest artist in the world, combined with her comeback after three years off… It was like the return of Adele at that time. There is no guarantee that all your songs are going to be recorded by the artist, there’s politics, the timings of things.

"Some of my best work is still sitting on a shelf, but there are so many things that need to line up for something to be a global hit. Of course, the most important part is writing a great song, but that’s not enough, you need the vehicle. In that case it was Celine.” 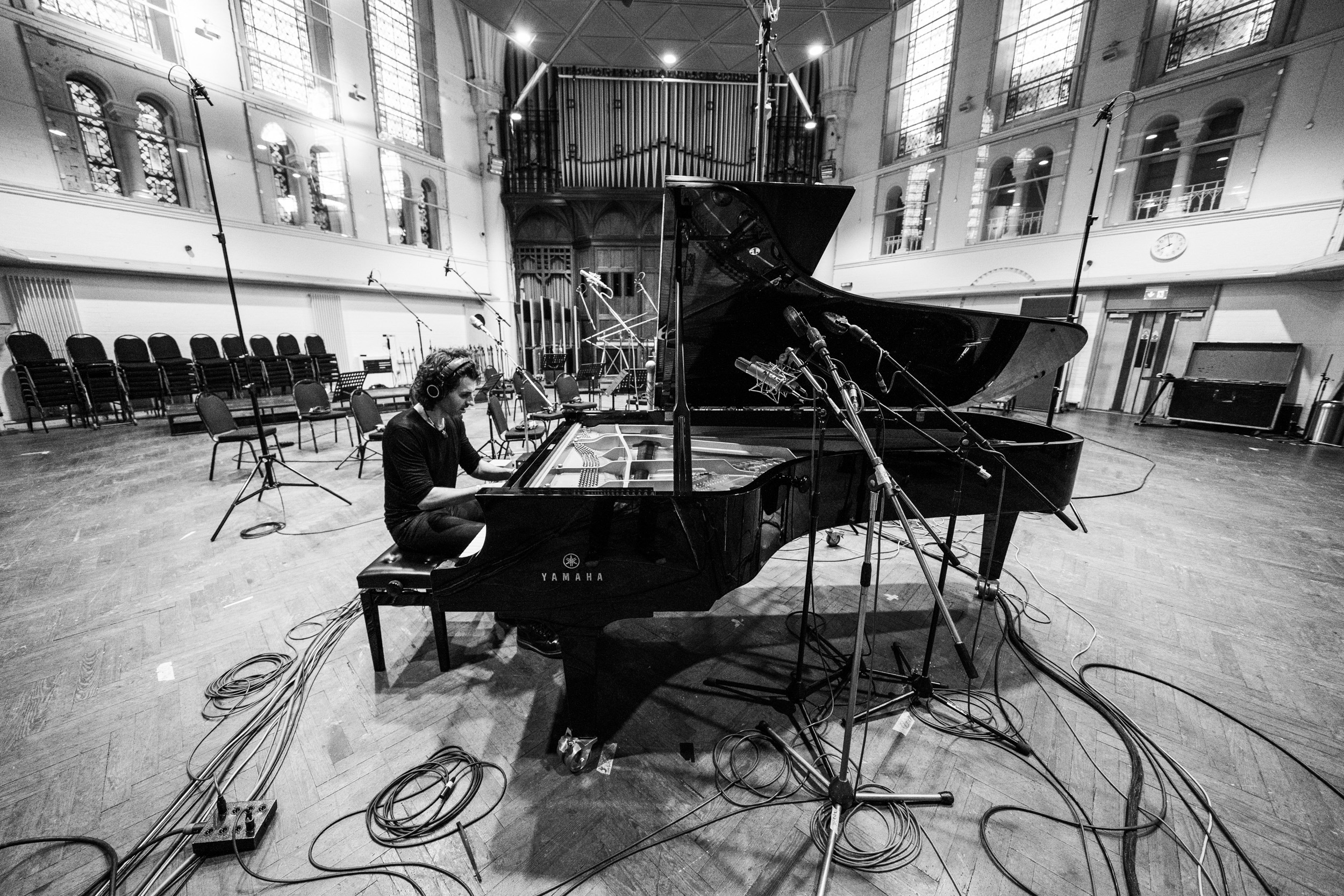 According to Moccio, one of the keys to his success as a prolific and versatile collaborator is his ability to assimilate his talents fully into the vision of the artists. Sometimes under intensely challenging circumstances.

“Because of my training I have a lot of tricks up my sleeve, and I realized about 20 years ago, when you enter a room with an artist, you are in service to them and their vision,” he elaborates.

“Sometimes you meet them and almost immediately you’re asked to come up with a song, and you may only be given four hours. And with some of the biggest artists, if you can’t do it in that four hours, the chances are they aren’t going to come back.

"But that’s never really happened with me; I always try to be super prepared, whether it’s with Abel (The Weeknd), Miley Cyrus – that was a whole different situation with how that song came about - and with Celine I’m privy to what she’s looking for. Now she just calls me and says, ‘I want a song about this’. I write five songs and she’ll take two or three of them.

"Being in service to the artist is a beautiful thing, but they have the final word on things. Sometimes I fundamentally disagree with certain decisions, and that’s normal. I have strong opinions, as do they, but it’s their vision and they have to perform it every night. So eventually I said I want to take a break from this and do some solo piano music. That’s one of the main reasons I came back to the piano, I just wanted to do things I believed in 100% and were authentically me.”

It was this desire to take full control of his art that drove him back into his home studio to begin work on 2021’s Lionheart, Moccio’s latest album of instrumental piano music. While very much a classical piece, it bears traces of more conventional pop structures and arrangements, melding the two opposing strands of his creative sensibilities.

“In 2018 I was in London, and I had this epiphany that I wanted to come back and reduce everything in my life,” he says.

“Everything seemed complicated, so I wanted simplicity and control, at least in my art. I wanted to stop producing big records for a minute. I’ll go back to it, but I was ready as an artist to say something with my instrumental piano music.

"It’s my most focused work to date because I wanted to treat these pieces of music, classical as they are, as songs, little vignettes that have shape. And I found that by giving myself those boundaries it helped the process and gave a lot more focus to everything.”

Does he find working completely alone to be a liberating experience?

“It’s not quite that simple,” he concludes. “But it feels right. I never did it to become more free, because I’m my biggest critic, and you can end up chasing your own tail. I wanted to know that when I signed off on it I could say I believed in every single note and every single space. I just wanted control of the art.”