Canadian record producer and songwriter Stint — mostly known for producing the likes of Gallant, MØ, Demi Lovato, NAO, Zara Larsson and more — recently sat down for a chat with Headliner to discuss how he’s been keeping himself busy during quarantine, why Nine Inch Nails’ Trent Reznor has served as a massive influence, and how he uses oeksound’s soothe2 plugin on vocals.

“It’s a bright and sunny morning here and I’m sipping coffee, so I’m happy as a clam,” says Stint with a grin as he joins Headliner from his studio in L.A.

Originally from Victoria in British Columbia, and born Ajay Bhattacharyya, Stint first started producing records in 2013, eventually moving to the West Coast around three years ago with his now wife.

Like many since the start of the pandemic, Stint has been doing a lot more sessions over Zoom, and has in fact found himself collaborating a lot more with other producers, trading files and ideas and making beats to send out to artists.

“It took a lot of getting used to, I think mainly because most of my luck in getting songs placed with artists came from developing a relationship with them, and collaborating with them in the room,” he admits. “I’m a people pleaser, so if I’m in the room with someone I’ll bend over backwards and won’t stop stressing until I feel like they’re happy.

“So sending things out to people is a lot harder for me, because I just feel like I’m shooting in the dark, and that was really challenging.”

Despite this sentiment, he’s experienced some silver lining instances that have come up with certain artists he’s collaborated with in the past, one of which being with singer-songwriter, producer and internet sensation Joji:

“We ended up finishing some stuff together recently over text - I haven’t spoken to him in person for something like two years which I find crazy. We were just sending each other notes and files back and forth.”

Stint was obsessed with geek culture from a young age, and always dreamed of being a comic book artist until one of his friends got a guitar for their birthday. Then the brother of said friend got a drum set, and after spending some time “noodling around” in the basement, Stint had discovered his passion, and was hooked from that point onwards.

However after finding little fortune as a drummer in a number of bands, he realised that he could no longer rely on other people for his success. He decided to join a sound design program at a nearby film school in Vancouver, and immerse himself in the complex world of video game sound design.

“I’m still really passionate about the video game world, but a weird side effect of learning how to do that stuff was that I started to understand how audio signal processing worked and DAWs worked and synthesis worked, and I was noodling with Ableton on the side for fun.”

From there, things started to snowball, and he soon found himself working in music production.

“I think for anyone working in any kind of audio field, you just follow the work, so I kind of got led back into music,” he says. “And I’m really happy I did because I love what I do and I’m really passionate about it. There’s this cool catch where I don’t feel limited and I don’t feel bored yet - there’s just so much stuff to work on in so many different genres, and this seems to be one of the only jobs where you can really bunny hop between them.

“There wasn’t ever really a Hollywood-esque ‘I made it’ moment for me. I definitely tripped and fell into some crazy opportunities really early on, albeit in quite a loose way. I started working with one artist who was really plugged into the high level writer-producer scene in L.A., and I started making some contacts just by being with him in sessions.”

After just three or four months in L.A., Stint was working on songs by the likes of Lana Del Rey, and although this work started to eventually drop off, it was through this experience that he discovered management, and things started getting real.

“They represented a lot of producers that I looked up to at the time,” he recalls. “From that point I started getting into rooms with a lot of other producers on their roster. One in particular who I was working with three days a week was John Hill, who is still a good friend. 2017 was probably the most productive year I’ve had as far as big career boosts go.”

After the Grammy nomination I was like, ‘OK, now I can call myself a producer.’

It was during that time that Stint worked on Portugal. The Man’s album Woodstock, Demi Lovato’s Tell Me You Love Me, and AlunaGeorge’s second studio album I Remember, which earned him some lasting friendships. On the other two days when he wasn’t with Hill, he was working with singer-songwriter Gallant, forming a friendship and musical partnership that has continued to prove particularly fruitful.

It was for Gallant’s debut album Ology that he received his first Grammy nod; the record was nominated for Best Urban Contemporary Album at the 2017 awards.

“After the Grammy nomination I was like, ‘Okay, now I can call myself a producer,’” he chuckles. “After that I started getting offers to get in the studio with a bunch of different people.”

While he confesses that he’s had his gearhead moments, Stint says he often prefers to do his research in the first instance so that he can figure out his taste when it comes to a particular piece of gear, buy it, and then keep it at the same setting for that rapid recallability factor. And while most of his work is done in the box with plugins, he does have a few nice bits of outboard gear knocking around his studio:

“I have the Moog Voyager, a Sequential Prophet XL that I got last year which I really like, a Mellotron reissue from 2012, and a Korg MS-20 Mini. I used the Neumann TLM 103 for years, which is a great mic for vocals, and I would run that through an Avalon VT-737sp tube channel strip, which I still have. Although I upgraded a couple of years ago in a big way to a Telefunken C13.”

As far as plugins go, Stint is a big fan of oeksound’s soothe2, and he’s been using it on projects for quite some time now. 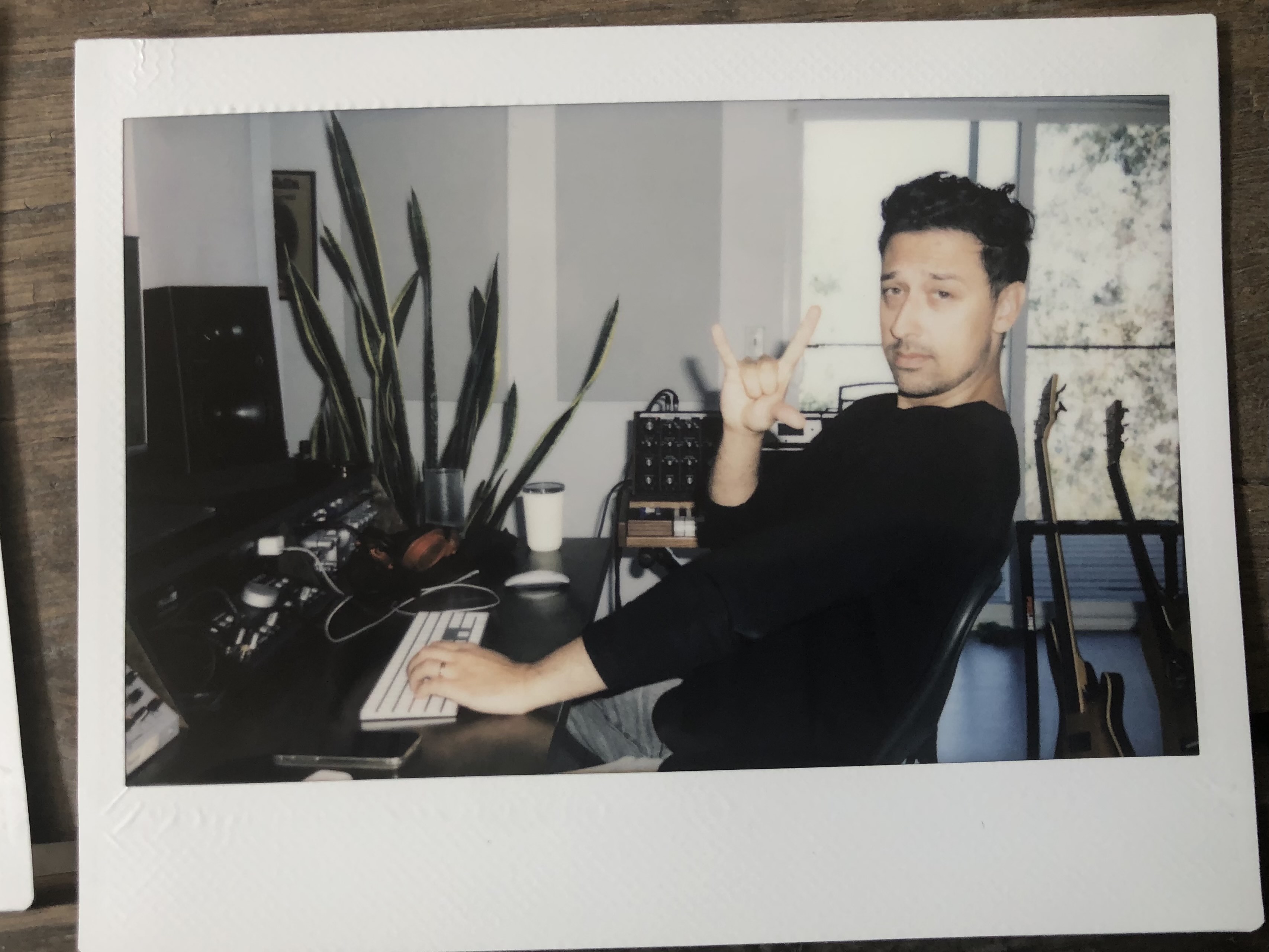 “I’ve used soothe a lot on vocals, and even just on some groups to spectrum carve out these little niche frequencies,” he elaborates. “I love broad strokes and I love colouring overall sound when there’s a bunch of layers in there. I love seeing what a plugin can do to the whole group or the whole bus, and soothe’s been awesome for that for me.

“I’ve got spiff as well, but soothe has been a lot easier to dip in at certain points. I just like the responsiveness and subtlety of it, and having the dry/wet is really nice for me because usually, if I’m just using a straight up EQ, I’m always trying to scoop out little resonances just to make everything seem a lot more cohesive and glued. It’s just very adaptive and responsive when those little resonances peak up. Soothe will catch them, but at the same time it’s not super aggressive and you’re not going to lose that frequency.”

Stint finds himself using soothe across most projects these days:

“While vocals is the main thing I use it for, I’ve also used it when recording some live drums. I just have a hi-hat and a snare and a cymbal in my room, and the hi-hat has this horrible overtone, so I always use it on that to scoop out anything offensive in the drum busses.”