Grammy-winner, Darrell Thorp’s discography as a record producer could almost be mistaken for a ‘best albums of the year’ list: he’s worked with Radiohead, Beck, Paul McCartney, P!nk, Jay-Z, and Elton John. However, having already worked with Foo Fighters, he recently faced one of his biggest challenges when he worked with Dave Grohl on the artist’s ‘Play’ project.

The reason this project was such a big challenge for Darrell Thorp was because Dave Grohl, Foo Fighters frontman, had set himself an enormous challenge: to record a 22-minute instrumental rock piece, live, and recording all of the guitars, drums, and keyboards himself.

If you watch the documentary on Foo Fighters’ YouTube channel, you will see Grohl truly does do it all live, even getting to the 20th minute of a guitar part, playing one bum note, and having to start again from scratch. Extraordinary dedication!

The film sees Grohl collaborate once again with Therapy Studios, with whom he co-directed the music doc/live video. There was also a big challenge for the cinematographers and editors: the live performance of ‘Play’ sees a supergroup of Grohls playing simultaneously — fair play to the team for making it all look incredibly real.

“Dave kept sending me mp3s of what he’d written,” Thorp explains. “And then eventually he sent me this 22-minute mp3 of the whole thing. He then let me know he’d be doing three guitars, three drum kits, bass guitar, maybe some keys, and all the percussion.

“It took me hours to write out my setup! We’d decided we would carry out this work in Studio 1 at EastWest, and I had 60-something channels on the console. On the setup day, things kept getting added. Then I found out it was being filmed! There was a lot to think about. We did a few run-throughs, and then after lunch, Dave says: ‘okay, let’s try a few takes!’”

If you watch the video or listen to the track, you will see that this session was one hell of an undertaking — Grohl had written a long and complex composition, with lots of sudden transitions to contrasting sections.

“I can’t imagine playing 22 minutes of music from top to bottom, from memory,” Thorp admits. “And if you noticed when Dave did the drums, he’s not wearing any headphones — he’s playing it free-willed! There’s no click. He did it completely by memory, which is insane. But I had no fear that he wouldn’t get it, I knew sooner or later it would click.”

“I’m always a big fan of doing parallel compression, especially on drums,” Thorp says. “I used the Universal Audio Distressor for that. I also used a couple of the Universal Audio SSL E Series [channels] here and there, just for some more attack on the drums. I then had Ozone 7 on the mix bus, for compression and limiting.

“There was Universal Audio SSL EQ and compression on the kicks, adding a little bit more top and bottom, basically to get it to poke, and a little bit of compression to tighten it all up. I was doing the same thing on the snares.

“The UA stuff is so detail orientated. It always has a great tonality for me. I am a UA artist, and I’m very good friends with a lot of the people who work there. I like to pick their brains about the plugins!” 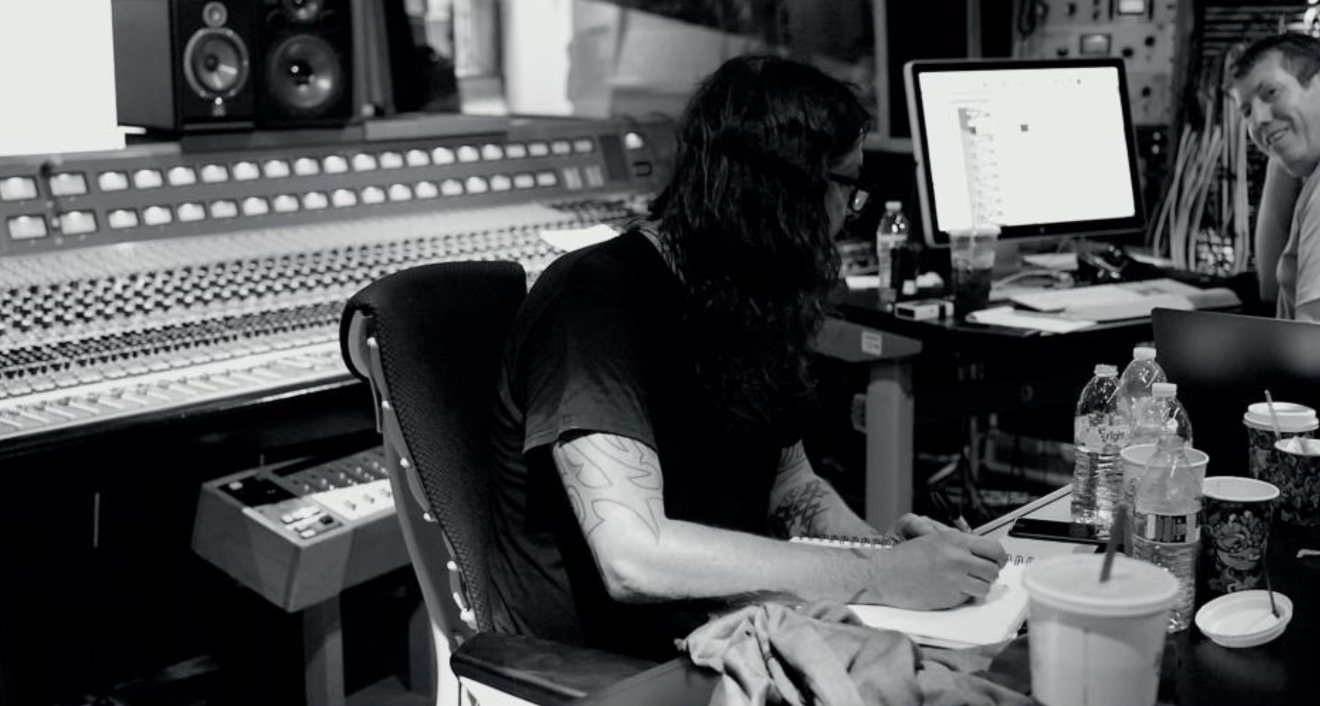 I can’t imagine playing 22 minutes of music from top to bottom, from memory.

While the ‘Play’ stuff is all easily exciting enough to cover the whole interview, I can’t resist asking Thorp what have been his other most positive experiences as a producer and engineer, having worked with such super A-list clients.

“You know, with Radiohead, I was very much the American in an English boys club situation,” Thorp laughs. Radiohead religiously work with producer, Nigel Godrich, who asked Thorp along to work on some of the Oxford band’s albums. “I first worked with Nigel in 2000 on a Travis record. And then he came back again and did Beck’s Sea Change, and the whole time he was saying to me: ‘Darrell, we gotta get Radiohead out here [to Los Angeles].’

“They weren’t that keen on coming out here for [2003 album] Hail to the Thief, but Nigel won them over in the end. And they did end up loving the experience. They’re super nice guys, and of course, they’re stupid talented. Thom [Yorke, frontman] and Jonny [Greenwood, Radiohead’s lead guitarist] are so captivating when they play together. But Beck is up there, too. Personally, Beck is my favourite songwriter. Not that Thom and Dave Grohl aren’t insanely talented, but there’s something about Beck’s lyrical choices and chord formats that never ceases to amaze me. I sometimes think it’s the last time he’s going to impress me, and then: ‘nope, he did it again!’”

What an incredibly inspiring chap Darrell Thorp is. It’s not difficult to see why he’s won seven Grammy Awards for his work, especially after his latest project with Mr. Grohl was just taken in his stride. He’s had a career many can only dream of; young, budding producers need to take note.