The music world has gone mad. Streaming has now replaced downloads, which in turn replaced CDs, which once replaced cassettes, which ultimately replaced vinyl (still with us?). As a result, it’s become nigh on impossible for artists to make any money out of recorded music. Granted, this isn’t ‘new news’ as such; everyone knows this is happening, the world over. However, aspiring musicians have a bigger problem on their hands these days, as it’s becoming harder and harder to find live venues to play at, because they’re all closing down. Why? Various reasons – some more jaw-dropping than others – but The Carnabys are set to put a stop to this with their new initiative, #savelivemusic. And we’re getting right behind it. We caught up with the band’s frontman, Jack Mercer, to find out more.

It’s a warm Thursday night in London, and The Carnabys have just launched their debut album, Too Much, Never Enough, in style, playing it to a
capacity crowd at London’s legendary – and thankfully, air-conditioned - 100 Club. The record is top notch, filled with great songs and musicality, but it’s this band’s live sound that really impresses. It’s high octane, melodic, raw, glorious rock and roll; a kind of modern day Ocean Colour Scene with a dollop of The Jam (no pun intended), and a smidgen of punk, and you’re getting close. Watching them do their thing – very well, we might add – is a pleasure to behold.

Which makes it all the more frustrating that so many of these types of live music venues are disappearing. London has already lost the Astoria, the 12 Bar, the Marquee – the list is sad and long - and it’s not just the capital where it’s happening; Leeds’ iconic Cockpit just closed its doors – a venue The Carnabys were looking forward to playing – and many cities nationwide are seeing a similar trend. The band’s lead vocalist, Jack Mercer, puts it in black and white for us:
“In the last eight years, one third of the UK’s live music venues have closed, and they haven’t been replaced.”

Pretty shocking statistics. So in a bid to battle the problem, The Carnabys are
pulling a big punch: donating all proceeds from Too Much, Never Enough to the Music Venue Trust, to help keep live venues alive in Britain. We doff our hats, gentlemen.

“Instead of opening new venues, the money will go towards keeping all current venues that are alive, thriving,” Mercer enthuses. “Be it new kit, or fucking lawyer fees; the reason venues are closing down is just stupid: not being able to pay a [legal] fee to argue with a neighbour who’s complained about the noise, so the venue gets closed down, is just one ridiculous example. That’s the reason we’re putting our proceeds towards the Music Venue Trust.”

Instead of opening new venues, the money will go towards keeping all current venues that are alive, thriving.

Ridiculous, indeed. And on an equally depressing note, unless you’re an Ed Sheeran or Adele, you can’t feasibly make a career selling records anyway.

“Yeah, exactly, to the point where we thought, ‘If we were signed to a label, we wouldn’t see any money from record sales anyway’,” Mercer laughs,
somewhat ironically, we sense. “Bands like us need places to play, and the reason we have had The Rolling Stones, Led Zeppelin, Ed Sheeran, and Adele, is because they had grass roots venues to play in when they were
breaking onto the scene. We just don’t have them anymore.”

Some of you may raise an eyebrow at Mercer’s mention of Adele in that statement, however, he’s right; our friends The Maccabees, recently spoke out about the closure of grass roots venues in and around the UK, recalling a certain gig they played at Hertford’s Marquee club (now closed, of course) where a then unknown singer called Adele opened up for them.

The 100 Club is also one of the endangered, which is part of the reason The Carnabys chose the venue for this showcase. 100 Club owner, Mark Davis, knows the Music Venue Trust very well, and is getting behind #savelivemusic in a big way. The five-piece have some big name fans, too: our cover star, Billy Bragg, and Steve Cradock are both backing their bold initiative. I ask Mercer how that came about.

“We just wouldn’t leave them alone,” he admits, laughing. “We met Billy [Bragg] at Camden Rocks, and we got in touch with his manager, and had a chat about the state of live music venues; and coming from such an activist, he thought what we were doing was great. Steve Cradock we’ve known for a long time – we met him in a pub in Devon that we play music in. We played a Led Zeppelin track together on stage; that’s how we met him!” 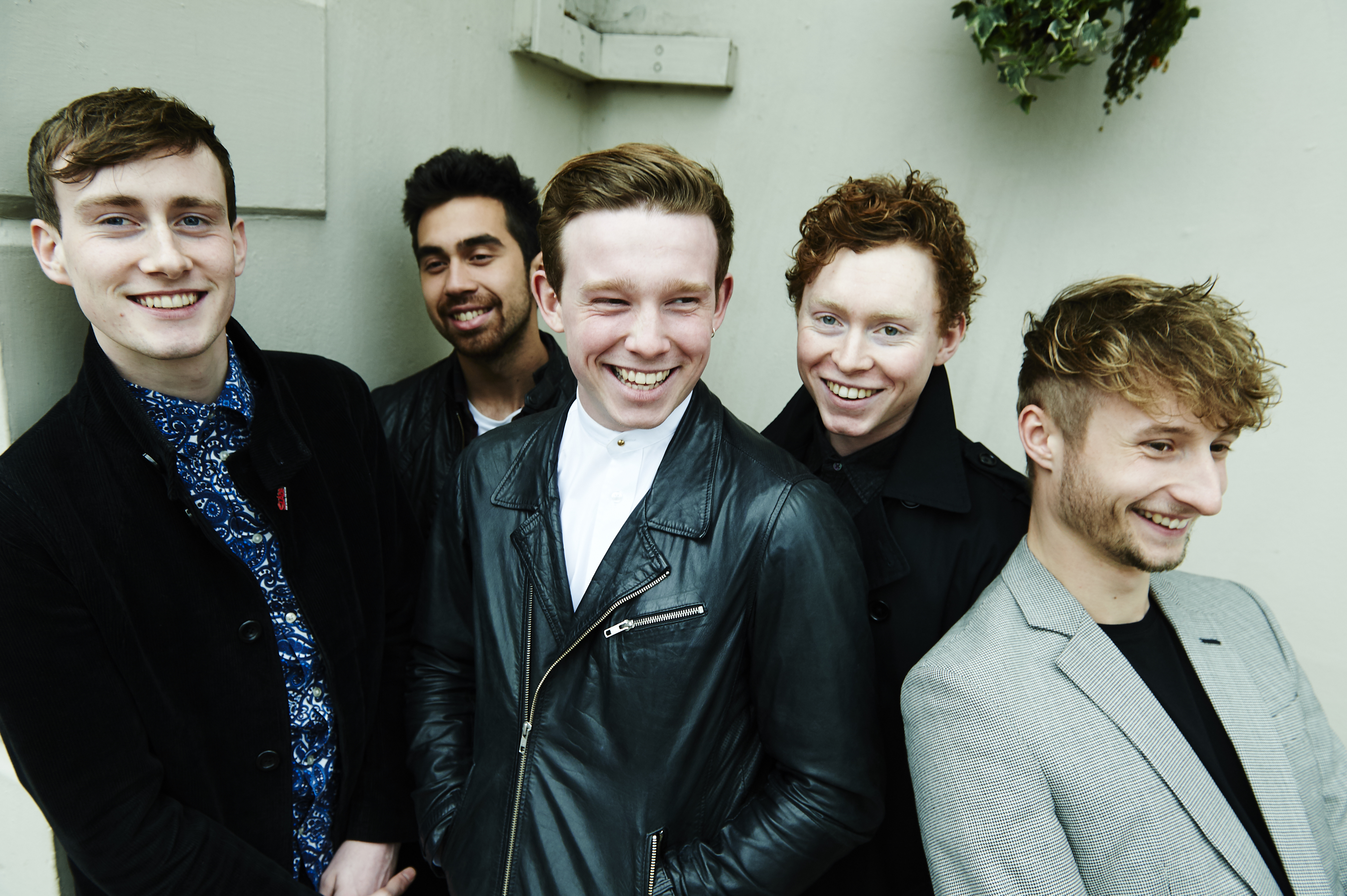 How do you get in the charts unless you’re Drake?

And the musical circle gets more vicious, still; Mercer points out a fundamental problem in today’s game: sustainability (or lack of):

“The thing is, we need to sell loads of tickets to have a decent career, but in order to do that, we need a load of album sales to get in the charts. From an agent’s point of view, we don’t get major gigs or support slots unless we have had a glimmer of hope on Radio 1 or Radio 6; you need a chart position to get the gigs, but no-one buys records anymore, so how do you get in the charts unless you’re Drake?”

That’s the million dollar question. The Carnabys’ debut came out on pre-order in April, so all that money has already gone to the Music Venue Trust, and now it’s available on CD and download; vinyl will follow, but being an independent band, it’s very expensive to do. And what about streaming?

“Well, if you listen to one of our tracks on Spotify, we earn 0.0043 dollars from that one listen. And that’s last year’s figure, so it will have dropped even more,” Mercer says, with more than a hint of frustration. Thank God for sync deals, then, eh? “[laughs] Yeah! Actually, our first single, Elizabeth, is on Topshop playlists across the UK, which is great. So every play, we’ll get something; we’re going to get people to Shazam it to spread the word!”

There’s something effortlessly charming about Mercer and his band members – no airs or graces in any shape or form, and no bullshit; what you see (and hear) is what you get, and we like it. A lot. And this is a bunch of lads whose attitude and hard work has led to a main stage slot at Isle of Wight Festival, we should add. Before we leave, there’s just enough time to highlight yet another major flaw in the industry: credits.

“You get artists like Rihanna and [Justin] Bieber, and if you listen via streaming, you don’t see who’s writing the song,” Mercer sighs. “The fans don’t know that they didn’t write it themselves, and that’s because people have lost touch with that physical element. And the really sad part is, they’re losing track of what they’re actually listening to.”

Hats off to The Carnabys for having a crack at making a positive change. And with an attitude like theirs - not to mention the talent – who’s to say they can’t? And for the record, guys, we have a Carnabys badge and album... and we bought both!