Politics, alternative rock, and Spongebob Squarepants, in a variable order; nothing touching on abnormal for the John duo (Flansburgh and Linnell) who make up the mainstay of quirk-rockers They Might Be Giants. As I chat to Flansburgh about their increasingly bizarre yet brilliant time in the music industry, it’s immediately apparent that it’s perfectly normal to be performing on a popular political show one day, and then writing themes for a talking yellow sponge the next. They Might Be Giants have been going for a mighty 35 years now, and with their upcoming I Like Fun set to be their 20th studio album, they’re sounding as fresh as ever.

“We did the Slate Political Gabfest a few months back,” Flansburgh tells me in his soothing, Massachusetts tones. “Which is a very popular political programme here. It’s a podcast where a lot of well read people get their political opinions from [laughs]. I’m sure The Guardian has an equivalent podcast which gets repeated in the mouths of people who fancy themselves intelligent. But I’ve listened to these people talk for an hour every week for the last 10 years, so sharing a stage with them was like being inside the radio.”

Such political leanings might come as a surprise to those who know TMBG best as a band who won a Grammy for their Malcolm In The Middle theme song, Boss Of Me, or their musical contributions to Playhouse Disney. But those who know their lyrics a little better, will know the two Johns are no strangers to the political arena.

TMBGs are in very good company with the Spongebob Squarepants Broadway musical; it also has songs coming from Aerosmith, David Bowie, John Legend, and The Flaming Lips.

“The thing about the Spongebob show is a very rare thing in kid’s culture,” Flansburgh says. “It was always a show that crossed into working for adults, which is something we’ve always looked to do with our kid’s music. The character that our song is about is Squidward [who you may remember as the clarinet-playing octopus]. Spongebob is very singular in a way.”

On top of all this, there’s the small matter of TMBG’s latest album, I Like Fun, which dropped in January. The first single to support the release was I Left My Body. It’s the band’s usual blend of biting humour, excellent hooks, and quirky instrumentation. Not to say it doesn’t feel like a fresh venture, however.

“The album has themes of dissapointment, and existential dread,” Flansburgh reveals. “Which will make it very much a product of its time. As we’ve evolved as a recording project and a live band, we’ve gotten more elemental in the way we arrange things. It’s made the live sound bolder.” 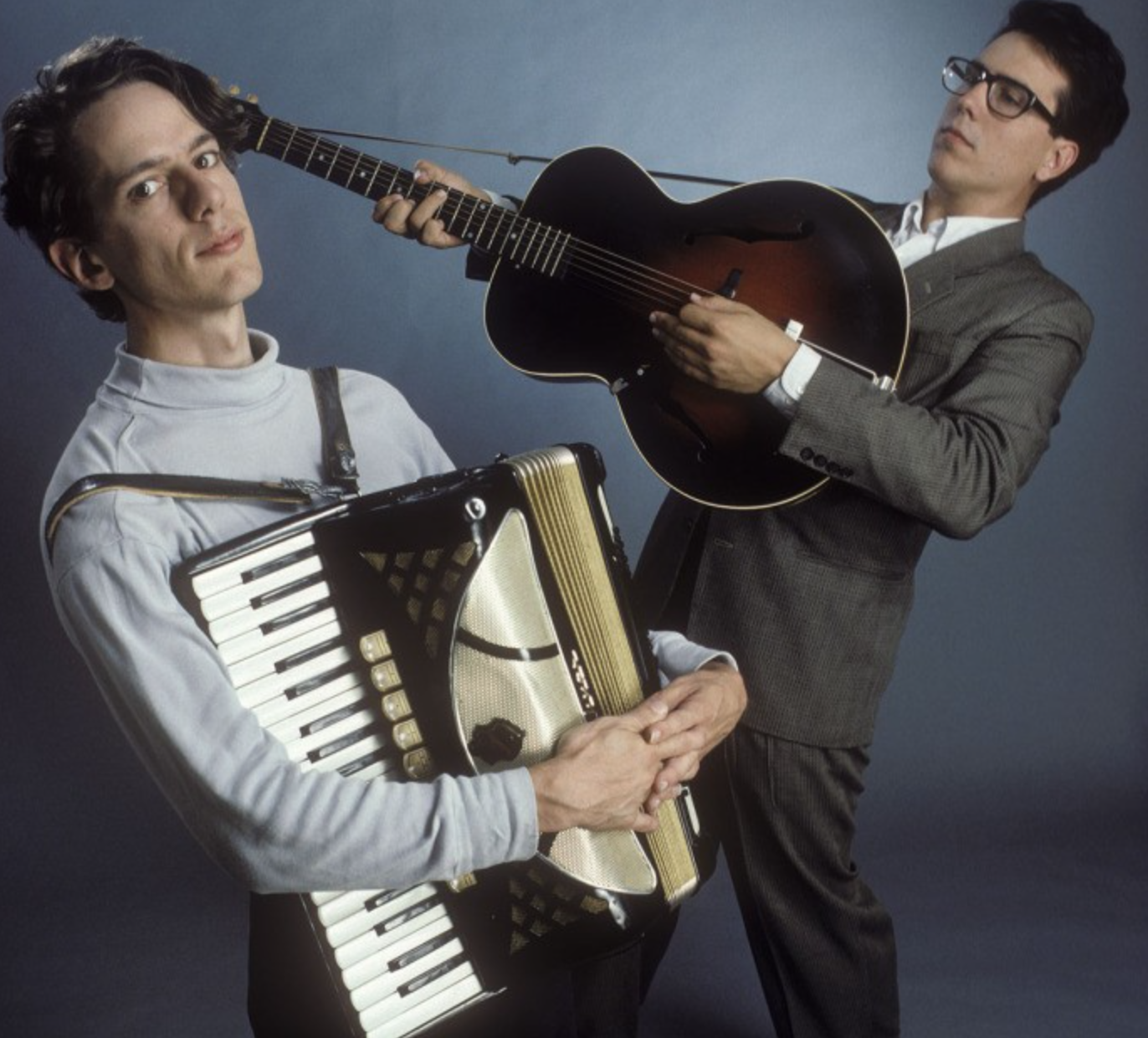 In modern music, it’s imperative that you know what’s going on along the fundamental low-end of what you’re doing. The Genelecs have been so helpful in that respect. John Flansburgh, They Might Be Giants

I mention that I Left My Body has a great lo-fi sound to it.

“The truth is, we recorded the album in an incredibly fancy studio, with world class producers and musicians,” admits Flansburgh. “I don’t want to insult anyone by saying, ‘loved your lo-fi work!’ We’re all very used to this level of hyper-production, where everything is auto-tuned and compressed into oblivion. The sound of music on the radio is so much closer to the sound of a video game, than anything that could ever come out of a rehearsal hall of musicians just playing. It’s an interesting time in the history of recorded music — everyone is just getting high on over producing everything.”

I Like Fun was recorded at the legendary Reservoir Studios in Manhattan, a space entrusted by the likes of David Bowie, Lou Reed, and P Diddy.

Flansburgh mentions that he does a lot of demoing and recording at his home studio, so I don’t hesitate to ask about it.

“I’ve been doing a lot with Universal Audio plugins. The quality is really, really high. They get a lot of things right, and you’re speaking to someone who’s old enough to have used a lot of the things that have been modelled in an active way. What’s nice about Universal Audio’s stuff is that it captures the lighter touch of rackmount effects. For me, the problem with plugins has never been that they don’t do enough, but that they do too much!

“I’ve also been working a lot with Battery, which is a Native Instruments programme. It’s a very, very easy way to take custom samples, and format them in a drum machine setup. That is an appealing programme for me, because it does all the heavy lifting of formatting, while I can maintain all the unique qualities of my own personal work in sampling. Anyone who does electronic music doesn’t want any of their music to sound like a preset. The nice thing about the Battery set up is that it saves you a lot of the extra work — it’s easy as a preset, but it gives you the qualities of custom libraries.”

Sensing that Flansburgh takes audio very seriously, I enquire about the speakers he’s rocking in his home studio.

“I have the gigantic Genelec speakers,” he tells me. “As someone who has to engineer my own stuff a lot of the time, I have to say that if I could go back in time and change one thing about my studio set up, I would have given up on NS10s some 10 years earlier, and just gone to any version of the self-powered Genelecs. In modern music, it’s imperative that you know what’s going on along the fundamental low-end of what you’re doing. Because the way those frequencies respond as it goes into the world, is something you need to have a handle on. If you can’t hear them, you’re really not going to know what’s going on down there. The Genelecs have been so helpful in that respect.”

As part of TMBG’s 2018 European tour, the two Johns and co. will be headlining the Barbican, a real jewel in the crown of London’s music scene.

“We have played there before, but it wasn’t our own show,” Flansburgh says. “It’s kind of a professional challenge. I hope we can sell it out! It’s a prestigious venue, and it’ll be much more of a theatrical… [pauses] I don’t know if theatrical is the right word, but it’s a big deal!”

I mention that the Barbican is predominantly a classical music venue, so when popular music acts are occasionally booked, it’s a big compliment to the artists in question.

“It seems very curated, in fact,” Flansburgh concedes. “It’s more like you’ve asked permission to play there, rather than getting the gig. We’re chuffed! Do people say that?”

I tell Flansburgh it’s a word you mostly hear in the North of England, and that I’m surprised to hear an American use it. Nonetheless, chuffed he should be.

When I ask artists what else they hope to achieve in their career, I often get a fairly stock answer of, ‘I just want to keep making music and playing for people.’ John, on the other hand, has something much more specific in mind.

“The answer to that is always that we would like to work with Pixar on an animated project,” he says. “Specifically with Lee Unkrich, the director of Coco. You know we wanna work with you. Give us a call!”

Now that is something Headliner would certainly like to see. Make sure you watch out for John Flansburgh and John Linnell in the upcoming end credits of Pixar movies — stranger things have indeed happened.