You may know Holli Dempsey best for her portrayal of Vicky in Ricky Gervais’ heartwarming series, Derek – or perhaps as Vera in the 2016 Dad’s Army movie remake featuring Bill Nighy - but her latest role as Emily Lacey in TV period series, Harlots, has really tested her skills in front of the camera, as well as her modesty... Offering ‘a whore’s eye view’ on Georgian London, Harlots is bold, brash, and highly addictive. We sit down in a North London boozer to find out more.

After spending half an hour with Holli, you feel like you’ve known her for years. That might sound cliché, but it’s actually true. What also becomes very obvious is, you need to have your wits about you: she is humble, charming, and very funny.

“I remember going in for my Derek audition; that was an event,” Holli laughs, sipping on a cold Peroni. It’s two for one at Wetherspoons today – and every day, in fact. “The part of Vicky called for ‘a 19 year old chav’, and although I don’t particularly like that word, I knew I could probably pull it off! I decided to do the audition in character - and when Ricky [Gervais] clocked that, he asked me what I wanted to be when I grew up. I said, ‘a Kardashian’ – and that was when I first heard his screaming laugh! He said, ‘ok, ok, I’ve seen enough’, so I thought either I’d landed the job, or he would just steal the line and hire someone else! And that was it, really.”

When Holli was working on Derek, she was also shooting the Dad’s Army movie, which meant lots of train journeys up and down the country. But I suppose life could have been worse...

“[laughs] Yeah, definitely! It was a great experience – knackering, but great – and I learned so much from both roles,” Holli recalls. “Derek was a hilarious experience, as you can imagine; and with Dad’s Army, being part of a film with such an all-star cast was a real privilege.”

Holli’s road into TV and film hasn’t been typical, which in my opinion, makes her who she is today. She doesn’t come from money, therefore didn’t graduate from a fancy college or university – ultimately, her education is from the university of life. And high five to that.

“I never, ever had a plan B,” Holli says, with a shrug of the shoulders. “Failure was not an option, and I would encourage anyone trying to get into this business to think the same way. We’re not rich, I just got amazing support from my family; and it’s thanks to them and their support that I am where I am.” 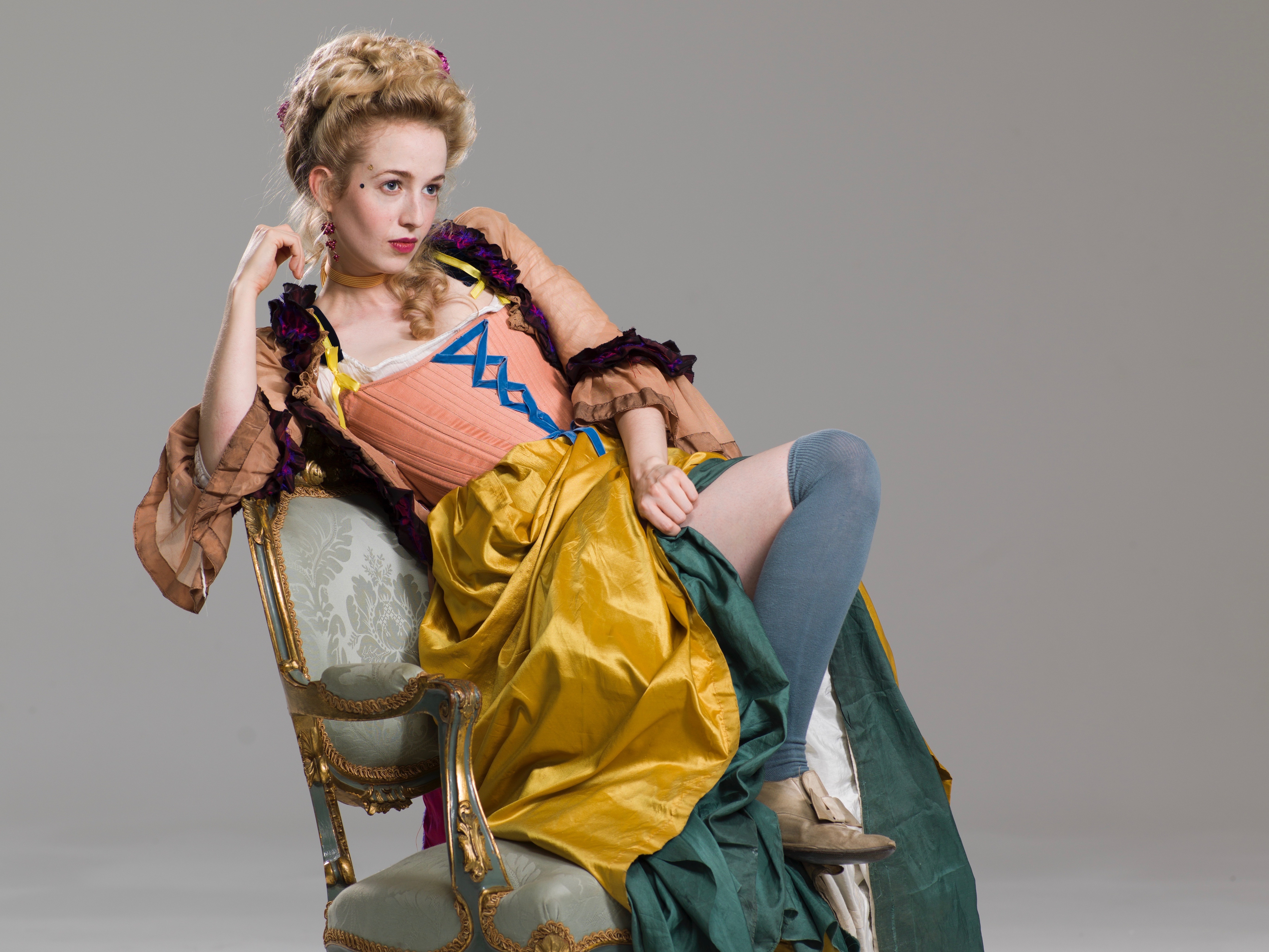 These women made and moved money around London, and helped build it into what it is today.

LADY OF THE NIGHT

Conversation turns to Holli’s most recent role as Emily Lacey in Harlots – a part she plays quite brilliantly. Though, as the name suggests, it’s not for the faint hearted..! Holli was in the opening scene of the now critically acclaimed series, working her magic on a lucky punter.

“That was actually a body double, if I’m honest,” she says, laughing. “But yes, it’s raunchy, dirty... [pauses] but actually, the storylines are fantastic! And it’s been a real pleasure working with the whole team. I’m immensely proud of it because of the stories being told; set in Georgian London, it follows the trials, tribulations, laughter, and deceit of the girls who work London’s streets and brothels.

“I actually can’t believe this show hasn’t been made before now. In most TV shows, whores are underwritten, murdered early on, or just there to aid the male lead; in Harlots, the stories are told ‘from the whore’s eye view’, which is refreshingly original, and not without shock and hilarity.

“My character, Emily Lacey, is also known as the ‘Duchess of Quim’! [laughs] In her young life, she would have been through more than we can even imagine, and this has toughened her. She believes early on that she is ‘too good’ for Mrs Wells’ place, so goes to find out if the grass is greener at Lydia Quigley’s house.

“With Samantha Morton and Leslie Manville as our warring bawds, there isn’t time to be bored, as you’re whisked through London’s streets and brothels. There really is something for everyone!”

Harlots has also received rave reviews on both sides of the pond, being aired on ITV Encore in the UK and Hulu in the States. The last episode ends on a knife-edge, so surely we’re going to get a second series, Holli?

“I bloody hope so! I think it really deserves one – there is so much still to say and to tell, and so many ways the characters can develop and evolve,” she says, clearly passionate about the project. “For a very long time, gangsters in films have been somewhat glorified and glamourised, despite murdering en masse and having years of blood on their hands; by this rule, I believe it’s about time we told these fascinating, gory, brave stories.

“These women made and moved money around London, and helped build it into what it is today, but that isn’t widely known. The series takes inspiration from Harris’s List, a book written in the Georgian era cataloguing all the whores of London and rating their attributes.”

Harlots also has a fantastic modern edge to it, which may sound strange considering it’s set in the 1700s – but there was a level of creative license to play with.

“You’d never have had all those bright pinks and reds back in those days, but it really works, and adds to the feel of the production,” says Holli. “And the musical score is also fantastic; it shows how a very modern soundtrack can work with a period piece, and that takes talent.”

As Holli’s mum appears, I ask her to join us – we sink a few Guinness together and put the world to rights before I leave this affable East End pair, at least three hours late for my next meeting. Thanks, ladies, it was a pleasure.