With a musical career spanning more than half a century, Willie Nelson has never shown signs of slowing down, and he’s not going to start now. His latest album, God’s Problem Child, was released the day before his 84th birthday. Upon first listen, what struck me about this record was the emotional rollercoaster it took me on, leaving me wanting to cry, laugh, and cry all over again.

God’s Problem Child touches on the passage of time, and the journey it takes you through, filled with melancholy songs of missed places, people, and Nelson's advancing age, all done with his wicked sense of humour and a voice that portrays a growing frailty, almost reminiscent of Johnny Cash’s American Recordings albums.

Starting proceedings is the upbeat, honky-tonk-esque Little House on the Hill, one of the more joyful songs on the album, which conveys a nostalgia and a longing for the place that Nelson calls home. Then comes Old Timer, a sombre, piano-led ballad, where Nelson conveys the conflict between his young mind and deteriorating body. The following track, True Love, offers a raspiness that suggests love has left Nelson bruised before, yet carries an optimism that shows that really, he’d do it all over again anyway.

Breaking away from the perceived theme of the album, Delete and Fast Forward focuses on Nelson’s views on America’s last presidential election: “The elections are over, and nobody won.” Nicely put. It also touches on the political world in general: “Delete and fast forward the news, the truth is the truth, but believe what you choose.”

A Woman’s Love sounds like a traditional Spanish love song, and the message is reminiscent of James Brown’s It’s A Man’s, Man’s World, as Nelson portrays women as the superior sex, and reminds men that, “It’s a woman’s love you’re living for."

Up next is Your Memory Has a Mind of its Own, its beautiful country melody portraying a man haunted by a loved one’s absence. Though Nelson’s voice is sad, his words almost take on a playful tone: “If your memory had ears, they’d be burning / If your memory had a heart, it’d leave me alone.”

Butterfly is a beautiful and tender ballad which touches again on past experiences of lost love; and the following track, Still Not Dead, provides a needed break from the darker vibes of previous songs, poking fun at the Internet death hoaxes that have been following Nelson for a while now: “I woke up still not dead again today, the Internet said I had passed away." Great stuff. 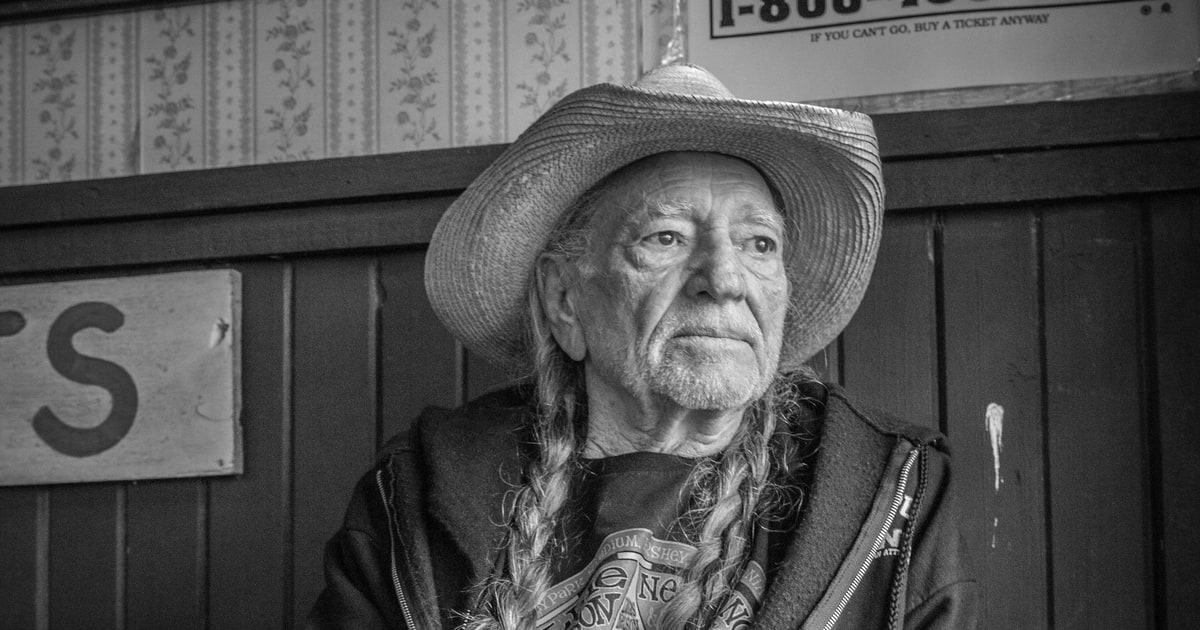 I woke up still not dead again today, the Internet said I had passed away. Willie Nelson

It Gets Easier shows the stubborn, strong-minded side to Nelson that I have grown to love; and Lady Luck tells a story of winners and losers, before I Made a Mistake sees Nelson reflecting on his life and the mistakes that he himself has made. Always one to live by his own rules, the self-confessed country outlaw can be seen putting his hands up and confessing his sins, all the while likening himself to Elvis, Ripley, and Jesus, as only he could.

Saving the best 'til last, He Won’t Ever Be Gone is a beautiful tribute to Nelson’s late best friend and fellow country legend, Merle Haggard. It touches on the pair’s friendship while mixing in references to Haggard’s best-known songs. With the haunting lyric, “Music made us brothers ‘til the end, and not a day goes by that I don’t miss him," I’m not embarrassed to admit that I cried like a baby. Nelson’s voice too breaks in parts, raw emotion shining through; a truly stunning homage to another great talent.

God’s Problem Child is evidence of how country music should be done. Using his own mortality as the focal point of the album, it is the unapologetically honest, darkly humorous views of a man looking back on an action-packed life, while wishing that he had more time to play with.