If you’re not familiar with the name Henry Diltz, you’ll almost certainly be familiar with his work. One of the most revered music photographers in music for over 50 years, he has captured a vast catalogue of iconic shots of some rock’s most enduring figures. The Eagles, Joni Mitchell, Crosby, Stills & Nash, Wings, Neil Young, Rolling Stones, The Doors, The Monkees and Jimi Hendrix are just some of the artists he has worked with down the years. Headliner recently caught up with the master photographer at the NAMM show in Anaheim California to reflect on his career to date and the art of capturing the perfect shot…

Thanks very much for joining us Henry, how does it feel to be back at the NAMM Show?

It’s nice. It’s great to see everybody and catch up with some old friends.

How did you fall into the world of rock photography?

It was a lucky accident. I was a folk musician touring with a group called The Modern Folk Quartet, which was a four-part harmony group, and we spent several years travelling back and forth across the country. In doing that, I met so many other folk musicians. Then, when The Beatles played Ed Sullivan, all the folk groups went electric and became folk rock. So, you had the likes of Buffalo Springfield and The Byrds starting to pick up and they were all friends of mine from the folk days. Then I accidentally picked up a camera on tour one day for no real reason and I started photographing my friends, and later when I saw the pictures I thought, ‘I can do this, I should take more’. Really it was just entertaining my friends with slideshows in the evening, I had so much fun and I lived in Laurel Canyon, which is where all the musicians and actors in LA lived. I was just taking pictures of all my friends and they started using those pictures for publicity shots and things like that. 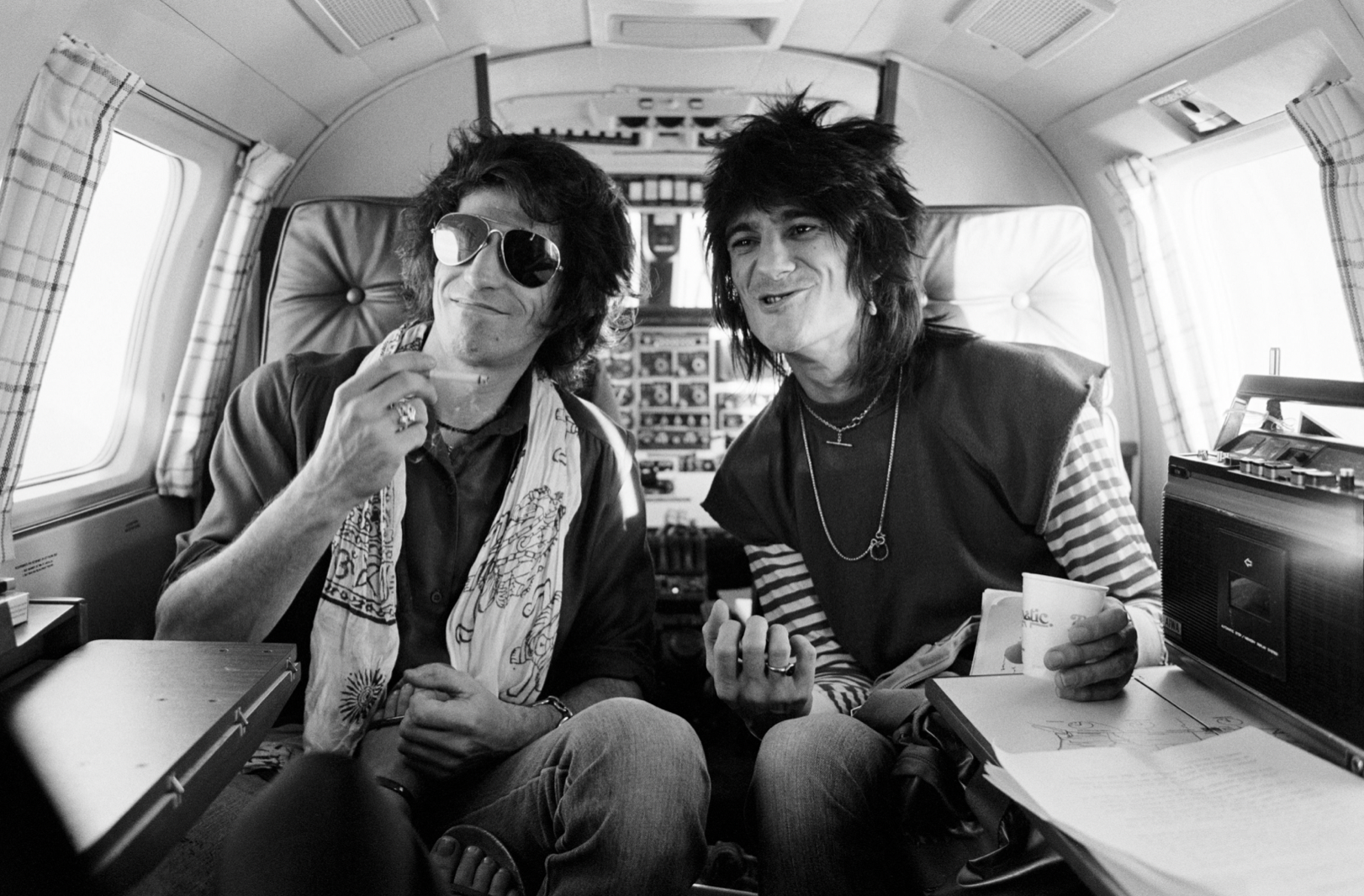 What was it like around that area of LA at that time?

We would meet at the Troubadour club a lot, but we’d also be touring all over the country and bumping into friends on the road. But when we were in town in LA we’d go to the Troubadour, as that’s where everybody was. Laurel Canyon itself was pretty quiet. There wasn’t lots of people hanging out, playing music in the streets. But the late ‘60s and early ‘70s was a magic time, there was a renaissance of music. There was a big sea change. Before that, there were singers and songwriters. But then all these folk musicians started writing their own songs. It was quite a thing to see the singer singing their own thoughts and feelings.

Who were some of your favourite artists to photograph?

Crosby, Stills and Nash, The Eagles, Joni Mitchell, they were all great. I tried not to make people uncomfortable – I wouldn’t just walk in somewhere and start clicking away, I would lay back and wait for the right moment, until they forgot that I was there. I want to see what’s happening, I don’t want to make it happen. I want to be there and click incidentally and take a picture of real life. I’m fascinated by people and the human condition. I was just an interested guy looking at life.

What for you makes a great shot?

It’s different depending on whether you’re in a dressing room or a living room or in a live setting. If Neil Young is playing, for instance, I get to the side of the stage as he doesn’t want a camera in his face, and I frame him from the waist up. And then you just wait for the right moment. If it’s a group of people in a social situation it’s about framing the moment. I’m not a technical guy, I just take the picture. But I love to frame things, it makes me feel comfortable when I can frame something nicely. 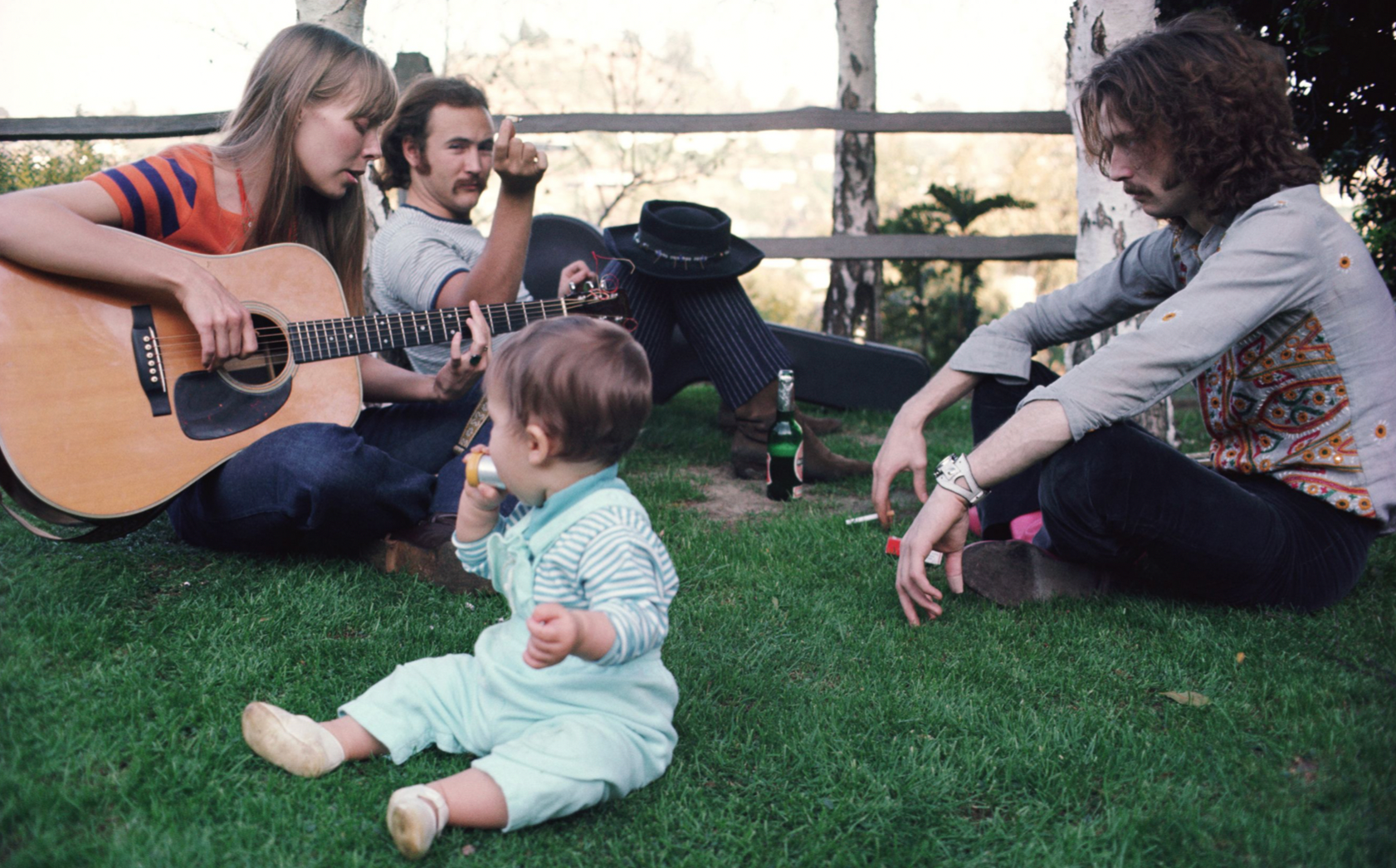 Were there any artists or situations you found particularly challenging to work with?

What have been some of your career highlights?

Well, I have to say Paul McCartney was one. I spent a whole week in the Virgin Islands with Paul, Linda and Wings. We spent the whole week on boats, one of which had a studio on it. That was really fun. It was like a family situation. But I love going on the road as it’s an adventure. The Eagles, Crosby Stills and Nash, Tge Monkees, David Cassidy, were all such fun.

What advice do you have for aspiring music photographers?

Meet musicians and get to be friends with them. And just ask if you can take some shots for free. Then they might say, ‘this is good, can we use this’? Then, once you’ve taken shots of them onstage performing, ask if you can go to a soundcheck or rehearsal or their house. Then you have something no one else has. Give them the pictures and get them used to you.