Ozanich has long been hands-on with the technology in his home facility, buying equipment from Russ Belttary, president of RSPE Audio Solutions in Toluca Lake, California, and integrating it himself.

Based out of Warner Bros. since 2008 after previously working at Soundelux and Danetracks, Ozanich has built an impressive credit list that includes such major motion pictures as Joker (2019) and A Star Is Born (2018), both of which earned him Oscar nominations, as well as Sully (2016), Sicario (2015), American Sniper (2014) along with numerous others.

He has long bounced back and forth between stages in Hollywood and his home rig when working on projects, he says, but when the coronavirus pandemic drove everyone to work at home, he upgraded his personal setup. 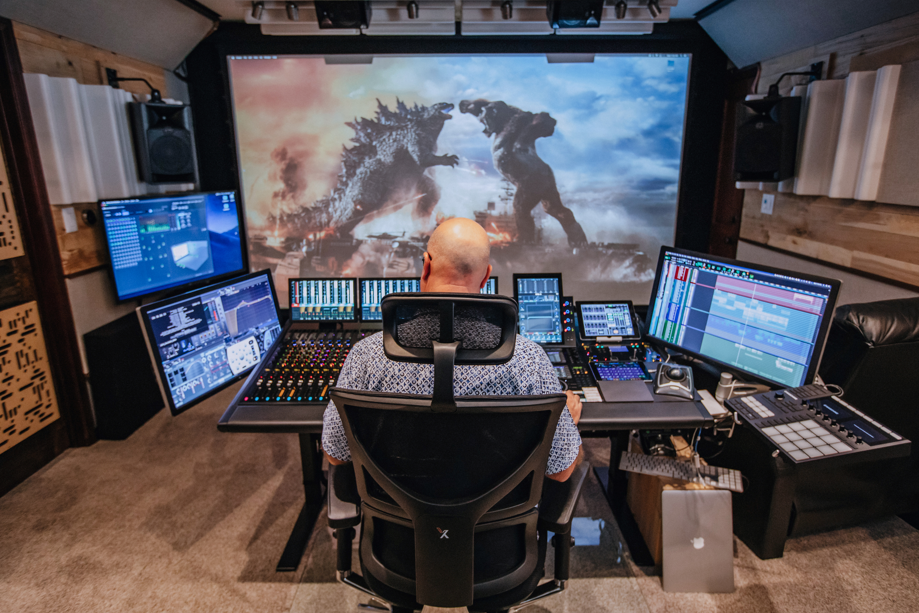 “When I switched to Atmos I needed more outputs to the monitoring system, and I needed a better way to control it,” says Ozanich. He had been using a Focusrite RedNet 5 Pro Tools HD bridge, but when he expanded his system to handle Dolby Atmos projects, he added five Focusrite RedNet HD32R 32-channel HD Dante network bridges. “Rednet HD32R was the perfect way to network the computers running my multiple Pro Tools systems and monitor management system,” he adds.

There are four playback systems, including three Pro Tools rigs and the computer running the Dolby Atmos RMU, which is fitted with a RedNet PCIeR Card. All four systems are networked over Dante via the PCleR card or interfaces, and also feed the monitor control system. “There's a bunch of stuff I've programmed to choose what output I'm listening to, which speakers I'm routing to, feeding it pink noise or soloing or muting things,” he says.

For years he had been mixing at home on an Avid S3 control surface, but he had long been eyeing an Avid S6, the console that he frequently finds himself using on the big mix stages around Hollywood. “I just couldn't justify the cost, because when I’m doing something big then I'm doing that at a studio,” he says. He eventually bit the bullet and installed an S6, and when COVID-19 forced him to work at home, he was glad that he had it, and has “used it quite a lot in the last six months.” 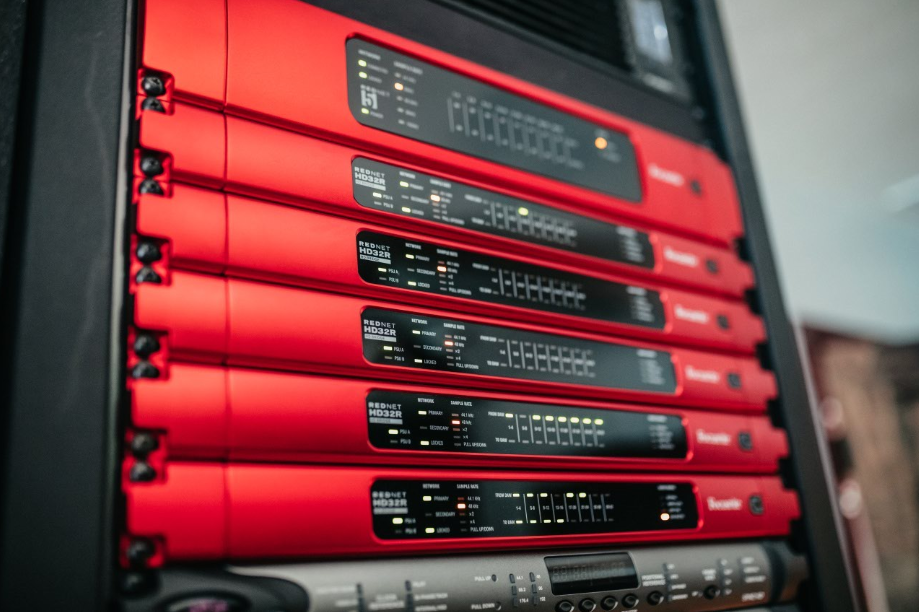 There's a lot about Dolby Atmos that's very beneficial; it adds a level of detail and a level of quality that is really a step beyond.

Ozanich has most recently been doing dialogue dubs for three projects at home. “Normally, when I would be doing that on a big stage, I would be doing that with a dialogue supervisor who’s with me to explain, ‘Oh, I did this this way,’ or ‘Look out for that thing coming up,’ or whatever. But realistically, that’s not totally necessary.”

He continues, “When I did the predubs for Godzilla vs. Kong, I mixed the predubs at Warner Bros., but the dialogue supervisor was off in another room on the other side of the lot because of COVID-19. So, it's not much different than me just being by myself anyway. But now we’re about to go to the final. Dean Zupancic, my mixing partner, and I will both be sitting there together, mixing. We’ve got a mix tech and a sound supervisor and at various points other people will be there. So, you need to have a space big enough for all those people — besides the fact that you want to do that mix in a theatre-sized room if the movie is going to play in theatres.”

When Dolby Atmos was first introduced to the Hollywood audio community there were some who were not sure about its value, says Ozanich. “I think there are some people who still think it's just going to add more work. The reality is it's not really more work, it’s just a little bit different of a workflow. If you understand it, and you understand what you're doing, it's really not any more time consuming than mixing for 7.1, for instance.” Although, he acknowledges, “It generally does require an extra day on the back end to make that master.” 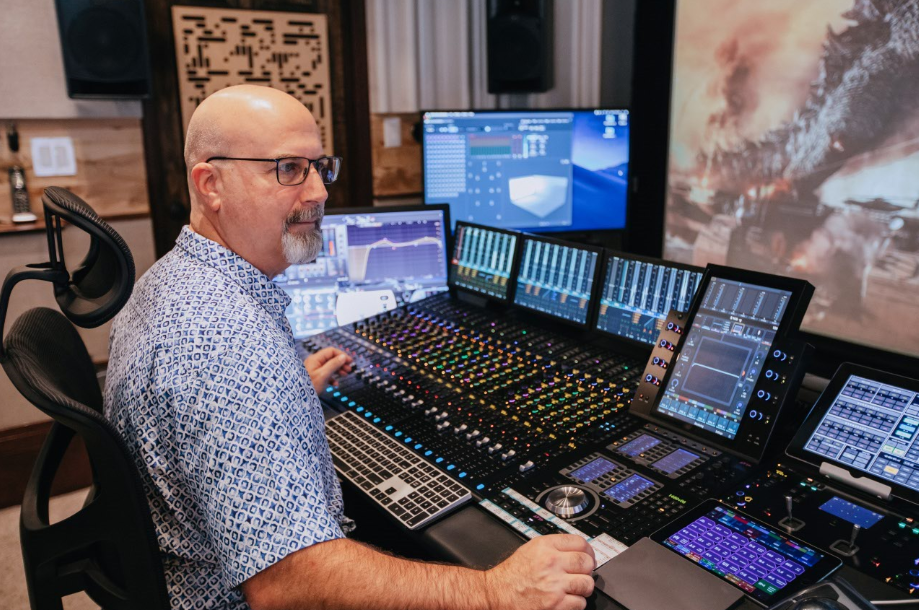 Some of the confusion about Dolby Atmos still lingers, he believes. “A lot of people are not thinking about it in the right way, in terms of how to use it. Someone might think it’s for helicopters and jets flying over your head. ‘We don't have that in this movie, so we don't need it.’ That is a big misconception, I think. There's a lot about it that's very beneficial; it adds a level of detail and a level of quality that is really a step beyond.”

It’s important to understand the workflow when working with Dolby Atmos, he says. “I think that there is generally a little bit more prep time in setting up your stuff. But my team has now gotten to the point where that's not that big of a deal, because we've figured it out and have some templates and starting points that we use, so the process is streamlined. A lot of it is just really actually understanding how you want to approach the different elements in the mix,” he says.

“For several years now, all my final mixes have been Atmos,” concludes Ozanich, who has also been remixing a long list of blockbuster titles into Dolby Atmos for the archive and future release. “My personal opinion is that even your 7.1 and 5.1 ultimately sound better when you do your original mix in Atmos.”