Just-turned 21 years of age, but with formidable songwriting, vocal and piano abilities, Hertfordshire’s Hope Winter has been steadily building up a buzz since she began releasing music in her early teens with several EPs and singles to her name, and a YouTube channel that boasts over 130,000 subscribers. We organised a chat with the singer-songwriter as she releases her jazziest number yet, I’m Gonna Love Me.

“I've been a gigging musician and songwriter since I was about 13,” Winter says. “I started writing songs when I was nine or 10. And as a way to deal with some quite difficult things that happened in my life. And then a couple of years later, I got picked up by a local indie label in St Albans — they really helped me to see that there was a career possible in music and helped establish my YouTube. I was uploading every week and getting millions of views, which was really, really cool, but also very overwhelming for someone who was doing their GCSEs and still figuring out what kind of music they wanted to make.”

A relatively well-trodden path by the likes of Gabrielle Aplin since the advent of YouTube is for musicians to upload cover song videos, and once the views start coming in, they hit their audience with the original songs. Winter recently hit the 100k subscribers milestone, and it was around that time that the covers suddenly stopped.

I say to Winter that this was a fairly bold move, with videos like her covers of Andrea Boccelli’s Time To Say Goodbye and Robyn’s Dancing On My Own pulling in millions of views — there is clearly a huge hunger for her to keep doing that, perhaps even a lucrative one. But you have to respect that she has decided to place her focus where her passion is, which is her own original songs.

“It's always a bit nerve wracking,” she says. “Because when you've got a product that people clearly really like and enjoy. There is a feeling of responsibility there, like I need to carry this on because people really like it.

“But for me, it felt a bit like my creativity and originality as an artist was being stifled by just churning out the same sort of thing. So after having a little bit of a break from YouTube, when I come back, I’ll feel like I've claimed it a bit more. Hopefully they'll enjoy the videos that I've got coming out that will have a bit more bit more Hope in there.”

After cutting her teeth with pub open mic nights from 14 years old onwards, including being turned away from Ronnie Scott’s for being underage when she’d been booked to play, the steam gradually built up to a milestone EP launch party at St Pancras Old Church in London at the tail-end of 2019.

Winter had run a Kickstarter campaign to be able to finance her last EP, Road To The Moon, and there was enough leftover money that she was able to book the church that is a few minutes walk from London St Pancras International Station.

“God, that was just such an amazing night,” Winter recalls. “It was one of the nights that I will never forget. It felt like everything came together. I was wearing this amazing Elton John-style sparkly dress, and it was with my full band. It felt like all the work that I’d put in all came to a head. I didn’t want to come off stage.” 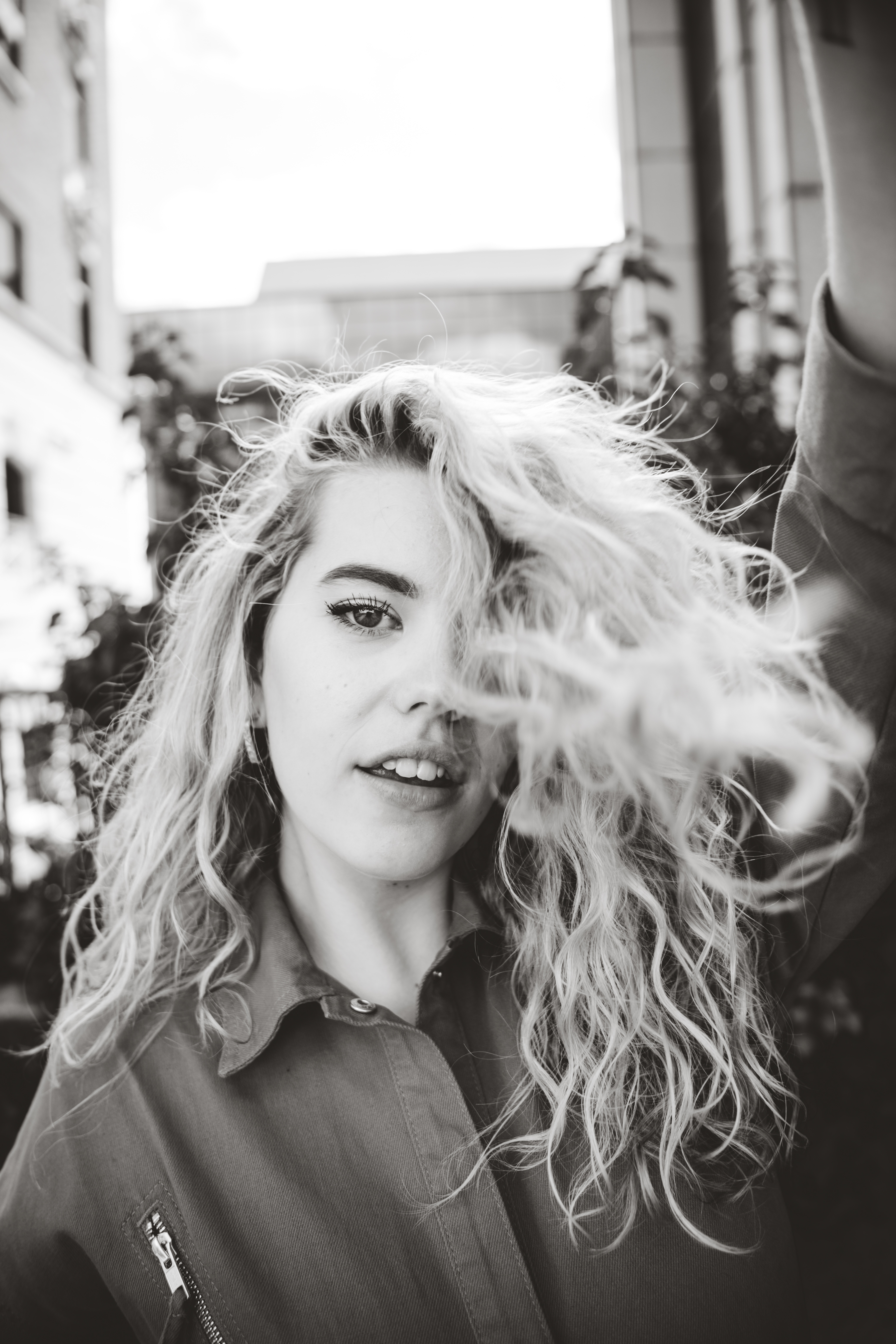 During the current situation, taking that bit of extra time to give yourself a break and remind yourself, ‘I'm awesome’, really can’t hurt.

Winter’s latest single, complete with hooks and horns, is her jazziest number yet. I’m Gonna Love Me is a self-empowerment anthem no doubt — I ask her about her experience of releasing it in the year 2020.

“I wrote it in January, and it was an interesting time for me. I was just coming out of a long term relationship and a quite complicated one, and I’d just turned 20. I was really enjoying being single, feeling unapologetically confident and grounded in myself, which I think is really important. Especially for young women to feel confident and at home in their own body.

"I’d decided I was actually going to spend some time on myself. And I feel that especially during the current situation, taking that bit of extra time to give yourself a bit of a break and remind yourself, ‘I'm awesome’, really can’t hurt.”

With the studio she normally frequents unable to open, Winter had little choice but to build a home studio so that she could keep making music throughout the year. Starting with her soundcard, she tells me about her Focusrite Scarlett 2i2, which she thinks is “really, really good. I like it a lot. It has two inputs and for what I do, which is mostly vocals, piano and guitar, is absolutely perfect. And it works really, really well. It's easy to use, it's very compatible with logic and all my mics. So it's a very reliable piece of gear. Plus, it's nice to look at. It has a really satisfying design!”

And talking plugins, we agree that real instruments will always trump VSTs, except that Spitfire Audio do come scarily close — which means a lot coming from Winter, who went out of her way to have real woodwinds and brass on her single, despite the global situation.

“The ones from Spitfire are great. They did the BBC Symphony Orchestra plugins recently, and I really like working with live instruments, but those plugins sound really real. I’ve been very impressed with those.”

Don’t expect this to be the last you hear from Winter, there are “a few more songs almost ready to go, and then I want to start working towards an album. It would be so amazing to finally release an album and have that body of work out there. And I want to keep being a voice for the arts, to remind people how fundamental they are, especially in a crisis like this.”