How breaking his back led Waiting For Smith to music: “Disaster is a gift”

Waiting for Smith is London-born, Amsterdam based singer-songwriter Harry Lloyd. Formerly a ski instructor in the French Alps, Lloyd had an epiphany after a severe accident, that if he could walk again, he’d dedicate his life to music. After recuperating and learning to play the guitar in bed, he formed Waiting for Smith, named after his original drummer Smith, who always failed to show up. Lloyd opens up about how a severe accident led him to music...

Where did the name Waiting for Smith come from?

Smith was the first drummer that basically never showed up! That's really where it started – as a joke. I was waiting around for him to show and then I thought, ‘There’s something slightly poetic about this’. I like the philosophical feeling too, but also the fact that it's not taking itself too seriously. That is something I like to do with music – to have both those things: something to think about with the lyrics, but then to give a little bit of hope or a little bit of humour.

Tell us about how your new EP, Trying Not To Try, came together? What was the inspiration behind this record?

Everyone is pretending to be normal. But we all try to figure out these parts of ourselves, and that's what I'm really fascinated about – about mental health. The whole EP is about that subject: trying not to try.

It's a term that's always stuck with me and it came about in a song I did a long time ago called Long Life. That was a song that I wrote to myself in bed five or six years ago, when I had a big accident and it meant that I was in bed for a year.

I wrote this song to myself, which was my way of saying, ‘Hey, it's all gonna be fine’. The concept of ‘trying not to try’ came into my mind, then I kind of discovered it years later with this new EP – it just seems to sum up everything in life.

The minute we let go and we stop trying, things start to arise and arrive. But the minute we try too hard, we push too hard, we want too much, we desire too much – we have missed the point.

That's what I'm really fascinated by – that balance of how you can put effort into something and care and passion, but at the same time, let go of the outcome. It’s something that I'm curious about and hoping other people resonate with.

Everyone is pretending to be normal.

So I thought, ‘Right, I'll go to Paris’. I went to Paris first and got a job in a restaurant. Then I started working in light entertainment doing flyering for comedy shows, and then when my French was good enough, I went to the Alps and I passed my first exams to become an instructor there.

I got into that world, and it was well paid and amazingly exciting. I was speaking French and I got to learn Russian through my ski school – it was like my university, but I was also being paid at the same time and meeting so many interesting people from all different areas of life.

You think of skiing as quite an elitist sport in some way because it's got a lot of money to it, but there's also the locals who grew up with it, who would be no different from us going to the local football stadium or something.

After a few years of doing that, I thought, ‘Well, I've seen and done what I wanted to do here. What do I want to do next?’ I used to play in the evenings in bars as a piano man and jam with friends for a bit of extra money.

I went back one season with the intention of finishing my last qualification and exams and have that forever, and then go and pursue something else – and then I broke my back. It was bad, but I chose the moment to see it as a good thing.

Although that sounds kind of mad, I wanted something different. I wanted to change. I knew in my heart that music was something I wanted to pursue. But I didn't know where to begin. I'd started writing songs and I'd kind of started doing the band thing, but I didn't know how to focus on exactly what that meant. Like, where do you begin?

Then when I had the accident, the first thought was, ‘Oh, f**k I’ve broken my back’. Then the second thought was, ‘Wait, I can do music’.

It sounds like you’re almost looking at the accident as a blessing in disguise in a way?

Yeah – and that sounds kind of crazy. You could say, ‘That's awful’, but in a weird way, I think life has a funny way of somehow showing you things.. Especially in difficult moments like that. They say disaster is a gift.

That seems a really cliche, bumper sticker thing to say, but the moments of your life that are the hardest, they're the times you can potentially grow the most or find the most extraordinary things you never thought were possible. 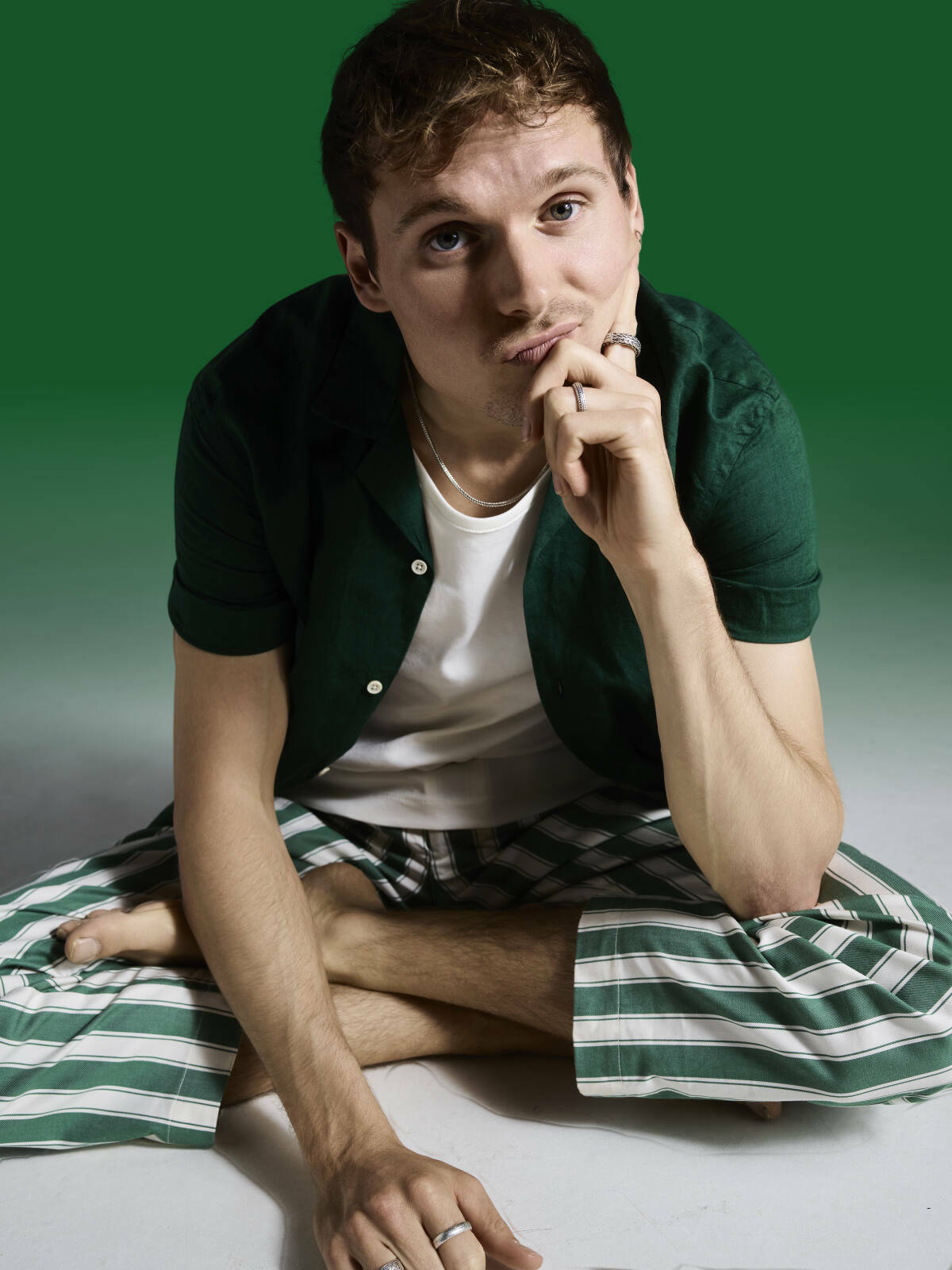 What inspires your songwriting?

Everything I know – that's really the answer. I've always been quite a curious person. As a kid, we are naturally all very curious. If you ask your parents, they’d probably say between the ages of two to five or six, you asked a lot of questions.

Then at some point, we're told not to ask so many questions and just get on with work or go to school. We are told in some way to question less, and to do the practical side of being a human being. I think I never really stopped doing that. I just carried on being quite inquisitive.

It brings you to some really interesting places, like just talking to people and getting into random conversations on the street, or on the train, or you see an experience, or you hear an experience of personal loss, or something incredibly powerful for someone.

Or your own experience, like you lose someone – I've lost friends young. I had experiences like my year in bed. I tried to draw on those experiences and think, ‘How can I process this myself?’ Because you need to think about something and then feel it in order to let it pass through.

How does mental health factor into it all for you?

We have the capability to help ourselves with our mental health or physical health and be the best people we can be. I keep coming back to that topic. Anytime I talk to someone about it, a new idea comes, or if I experience something myself, or maybe my girlfriend does, or a friend, you draw on that.

Sometimes I’ll hear a song in it, and then the song will kind of come out. It sort of appears. Writing is magic to me.

Writing is magic to me.

Your new single Skylight Dawn is about the push and pull of love and what that does to the mind. Where did the inspiration for this song come from?

The song is about a relationship. It doesn't have to be just mine – it's a universal thing. It's about that push and pull feeling of, ‘Yes, this feels right…no, this doesn't, because it is painful’.

It's that constant thing that we have, and I think it happens a lot. If you find the right person, it can sometimes happen. It feels right, but then it feels wrong, and you always question yourself in the wrong moments like, ‘Why does it feel wrong? Because I'm in pain? Because it's brought something up for me that hasn't been resolved?’

I think it can be the portal or the door to immense growth and immense understanding. That's really what Skylight Dawn is about. The main sentiment is, ‘We're better together’.

I remember walking along the street and thinking, ‘That's such a good metaphor in some way, of growth, because the tree is trying to bust out of the concrete’. It's an epiphany of that feeling.

What do you hope people feel when they listen to your music?

Hope. It's that everything changes, everything passes. Nothing is constant. What one day feels like a nightmare, tomorrow could feel like so long ago. It’s something I think a lot about to help myself when I get low.