How do you prolong the life of a record without touring? MAITA talk musical evolution

Portland, Oregon-based band MAITA recently released their second album I Just Want To Be Wild For You, a finely balanced concoction of intimate vignettes, alt-rock and power pop that builds on the foundations laid by its predecessor, 2020’ Best Wishes. Here, chief songwriter and vocalist Maria Maita-Keppeler and bandmate and recording engineer Matthew Zeltzer open up on the challenges of releasing two records during Covid, the sonic evolution that exists between the two records and the influences that have shaped their creative process…

Tell us about the formation of MAITA?

Maria: We met a while ago and didn’t start playing music together at first. We were both independent songwriters so we did a lot of touring together as independent artists who would back each other up a little bit. Then over the last five years we started to put our energy into working on a band, and we’ve always worked on the records together, we co-produced the records and Matthew engineered them.

Your first record came out just after pandemic hit, which must have been incredibly difficult and frustrating for an artist putting out their debut. How did handle those challenges?

Matthew: That record was due to come out on March 15, 2020, and we were supposed to fly to Europe a week later, then the travel ban happened. Once we knew the pandemic was going to be a big thing our team got together and said we shouldn’t release the album right now. I didn’t really want to do that because we’d been gearing up to release it for so long, but it was the right idea, so we pushed it back two months. And there was that initial period where everyone was panicking and buying too much toilet paper and there wasn’t much time for listening to music. So, moving it to May was a good idea.

Maria: We found ways to make the release feel special still, but it was a challenge to keep momentum going, and without touring it’s hard to prolong the life of a record. I ended up doing an illustrated album towards the end of that year. I wanted to give the record a bit more life, so I ended up making a piece of art for every song and releasing those one by one throughout the year. It was a really cool project for me, because I was able to show a more whimsical side of the record and it allowed people to interact with the songs in a different way.

You released your second record earlier this year, which you have been able to tour to some degree at least. How has it felt to play some shows at last?

Matthew: It’s been great. When the pandemic hit, Maria and I had been touring for about four years straight, and whether we liked the circumstances or not, it was probably good for us to take a little break from the road. I think a lot of touring musicians felt the same, it’s made them reassess their relationship with touring. We really love playing shows and enjoy being on the road, but there are things about being on tour that are unhealthy. Being able to step away means we can reassess what our priorities are – like how we spend our off days and spending more time with family when we aren’t touring. 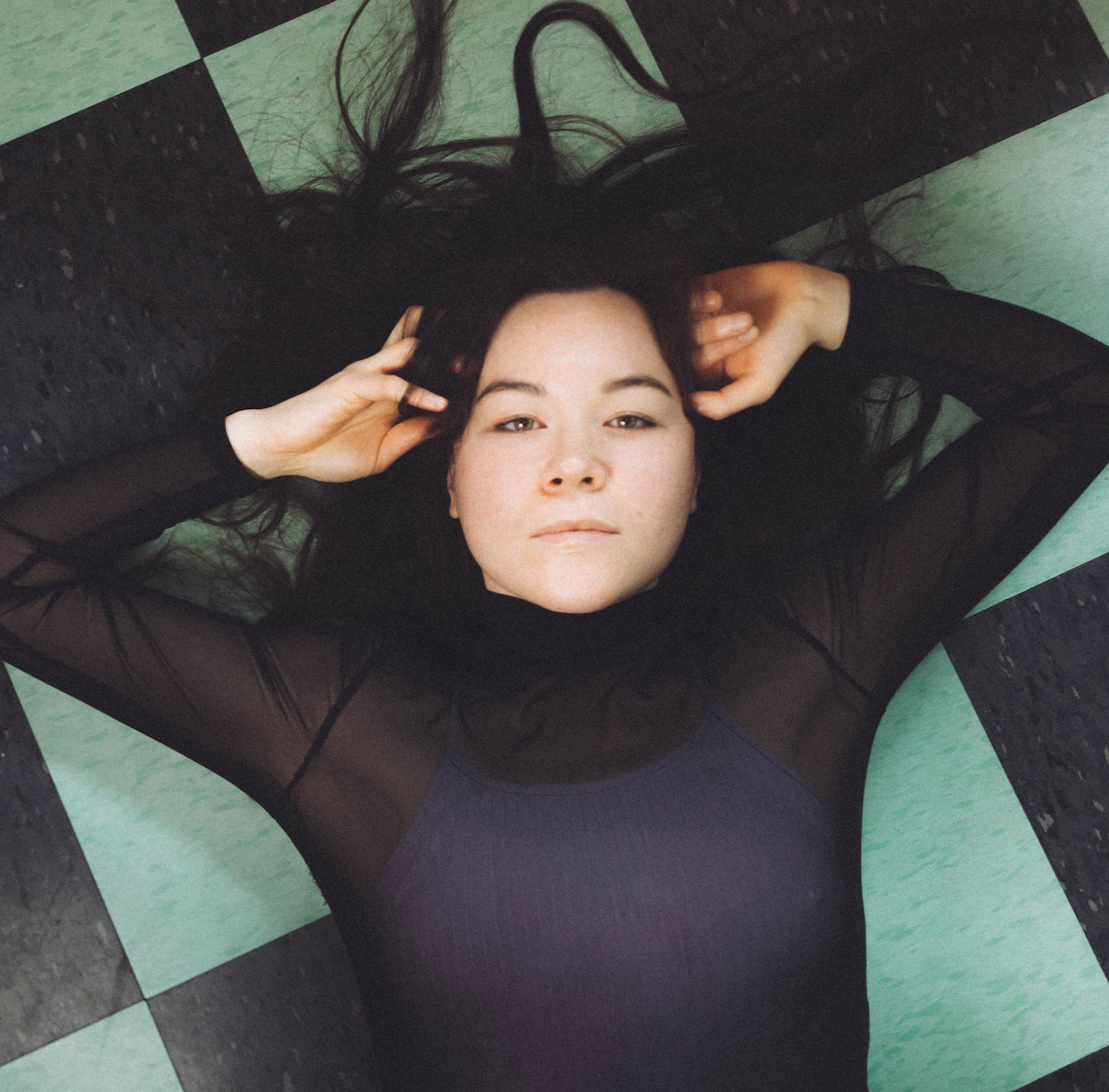 How did you approach the making of each albums – how different were the processes?

Maria: They were recorded pretty differently. Best Wishes was tracked in Oregon at a 100-year-old theatre and our friend Bart Budwig, who is an engineer and musician, tracked the basics for us all together on stage in one room. Then we took the over dubs to Portland where Matthew tracked them in a studio he helped build.

Matthew: Bart really likes to work in a way where all the musicians are in the same room, so we had a bass amp onstage, which almost never happens when recording. So, what that ended up doing was gelling the rhythm section, so there was really no picking and choosing, it’s all there. And fortunately, our rhythm section are really great session musicians, that’s how we started working with them. Then they became our touring band and did the next record. But the challenge is that, because the vocals are in the same room as the drums, the drums bleed into the vocal and acoustics guitar mics. Japanese Waitress has no overdubs and is just a live take, and some of the other songs we would keep my guitar. We mostly pulled Maria’s stuff and re-recorded that, then added layers to everything we have. A lot of times the songs are as they were live, but we’ll add harmonies or keys.

Maria: We knew it wasn’t going to be completely polished, but we kind of fell in love with that aspect of the record and it came out in a really unique way. But going into the second record we knew we wanted to have a little bit more control over the performance and the recording process.

Matthew: For the second record we did all the over dubs in Portland in the basement of a church – it’s not religiously affiliated – and what is great about that studio is we wired up a snake into the sanctuary that had a beautiful grand piano, so we could record piano in this big, beautiful room with tall, vaulted wood ceilings, and you can hear the sound of the rain. I think every record made in Portland should have the sound of the rain!

For this record we also had a lot more isolation - the amps were in different rooms. We also just knew who we were as a band more, whereas I think Best Wishes felt more like a solo record with a band. The song Wild For You was supposed to be on Best Wishes but we just couldn’t get it sounding how we wanted it, so we re-recorded that and it ended up being the title track for the new album.

There’s a real ebb and flow to the new record, with a great mixture of quiet and louder moments. Was there a deliberate move to explore the extremities of the band’s sound with this album?

Maria: We really do try our best to serve the song rather than a particular sound. I would like every song to feel like its own entity, where the music and the sonic qualities really serve the mood. We want each song to honour itself. At the same time, one of my favourite things about music from when I started listening to it, was when it takes the listener on an emotional journey. I love high highs and low lows and being able to do that as a band, there was this great moment of realising our loud moments can be even louder and our quieter moments can be even more stark. To be able to take people on that kind of journey is a great tool to have at your disposal.

What influenced that love of musical dynamics?

Maria: I grew up listening to a lot of Bright Eyes when I was a kid, and you I loved that you could listen to one record and the genres and the tones of the songs jumped around so much but still felt cohesive and emotionally and alive. That was a big inspiration and a bit of a security blanket for us – it’d be like, ‘is this OK?’ and then I’d go back and listen to Bright Eyes and be like, this is OK and it feels right!

Matthew: I grew up listening to The Beatles and we just watched the Get Back documentary and I just love how every track on every album is so different, especially the later ones. Some stuff is really heavy and dark, and some is really whimsical.

What do you have coming up next?

Maria: We have some summer dates coming up, which should be great, and I’ve been writing this whole time for the next record. It’s just a matter of working out what is going to crystalise into what I think the next record should be like, and I want to take my time with that… it’s been a gnarly last two years!