Inside Joe Zook’s Dolby Atmos Focusrite Studio: "I knew it was something worth doing”

Engineer and mixer Joe Zook (who has worked with artists as diverse as Weezer, One Direction, Pink, Katy Perry, and U2) and who has mixed and/or recorded albums with worldwide sales of over 80 million, has recently upgraded his studio and installed a 7.1.4 Dolby Atmos system with Focusrite Red 8Pre and RedNet R1 interfaces.

Zook’s career in music started in Boulder, Colorado, where he played guitar in bands while he was in school. He went on to do some touring, but he always gravitated toward engineering.

After working in Austin and then enrolling at the University of Miami, where he studied music theory, jazz, music business and digital audio, he decided that if he was really going to have a career in the business, he needed to move to L.A.

It was here that he got his real-world education, including working at Conway Studios, Sunset Sound and Sunset Sound Factory. While in Los Angeles he struck up a relationship with legendary producer/engineer Jack Joseph Puig.

“I was assistant engineer/Pro Tools engineer, as well as sharing engineering and recording duties for Jack, and over the course of a few years, I got to work with a wide variety of artists including Mick Jagger, Sheryl Crow, John Mayer, Vanessa Carlton, No Doubt, and dozens more,” he reflects.

“I learned so much, and then I just started tracking and working as an overdubbing engineer on my own. I slowly watched the percentage of my work going from 90% recording and 10% mixing, to those percentages just completely flipping, and over time I went to mixing 100%." 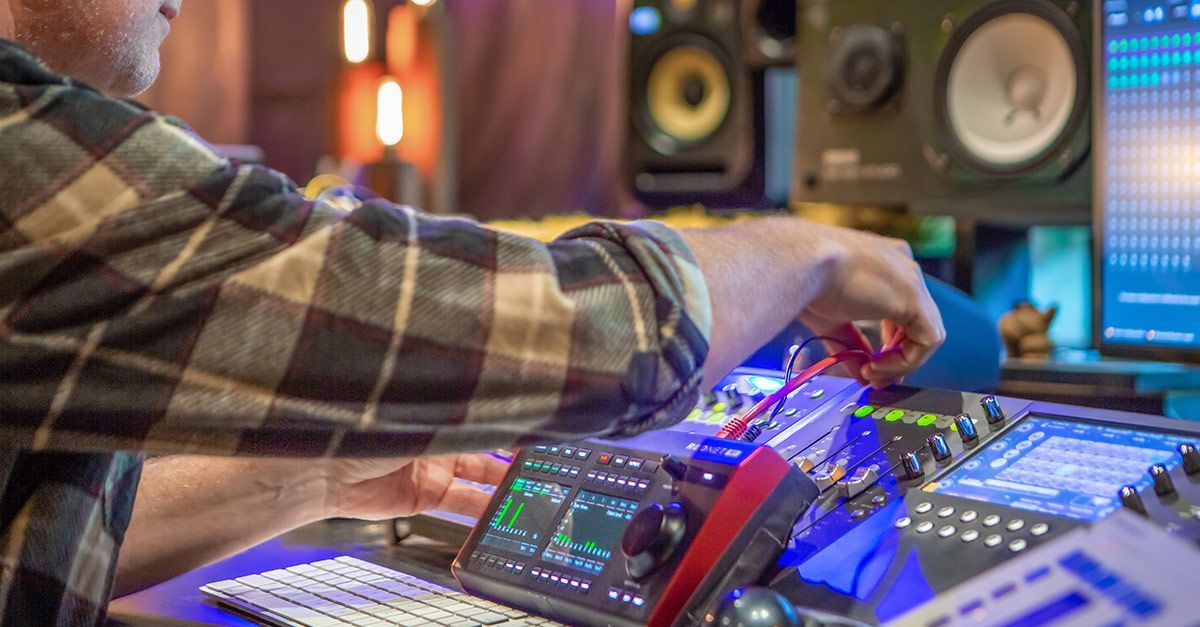 He recently upgraded his studio and installed a 7.1.4 Dolby Atmos system with Focusrite Red 8Pre and RedNet R1 interfaces, alongside a wide variety of equipment including KRK speakers for monitoring.

“All of the clients that I've been working with began asking me if I'm interested in getting into Atmos and prepping me on how it's ramping up and how the demands are going to start to increase for immersive mixes," he explains.

“Initially I was very sceptical. So, I started to do my own extensive research on the consumer side of it, as that's where the rubber meets the road.

“I began trying a few systems, as I felt I needed to get a true handle on what consumers were going to be hearing. I trialled several soundbars and I started listening to Tidal and Apple Music streaming Atmos and comparing them to the stereo mixes of certain songs.

"And after about three weeks of checking that out, I knew it was something worth doing. What's really exciting for me isn't so much about digging up the past but imagining how music could be made from scratch without the limitations of stereo."

Zook began modifying his L.A studio for Atmos, and his equipment now consists of a Mac Mini, a Focusrite Red 8Pre and RedNet R1, 13 KRK speakers (seven V-Series V6 speakers surrounding him with four V4s mounted on the ceiling and two S12.4 subwoofers under his desk), a UAD 2 Octo Core PCIe DSP Accelerator, and an Avid Artist Control console.

“My main focus is how it's going to sound to people in the real world who have various sound bars or speaker systems," he says. “I'd always check the mixes in the living room consumer system and headphones to make sure they are translating to the consumer world as expected."

Key to the setup in the new studio are the Red 8Pre and RedNet R1, which Zook is completely enamoured with.

“I really love the RedNet products because they're very simple to use and they work flawlessly,” he enthuses.

“A lot of times with Atmos, I find myself needing to mute, end or solo all the speakers. The Focusrite equipment allows me to do that and does it so easily. They're very easy to use, and I never have crashes. Plus, they never have problems booting up. Because of the format, there are different sound sources.

“So, I can switch back and forth between a stereo mix or the Atmos mix or streaming off Apple music or another service easily and quickly. The whole system operates via CAT5 cable and Thunderbolt. It's bulletproof. Additionally, the sound quality is really good. I never have noticed any degradation in the signal. Everything is smooth. It's awesome." 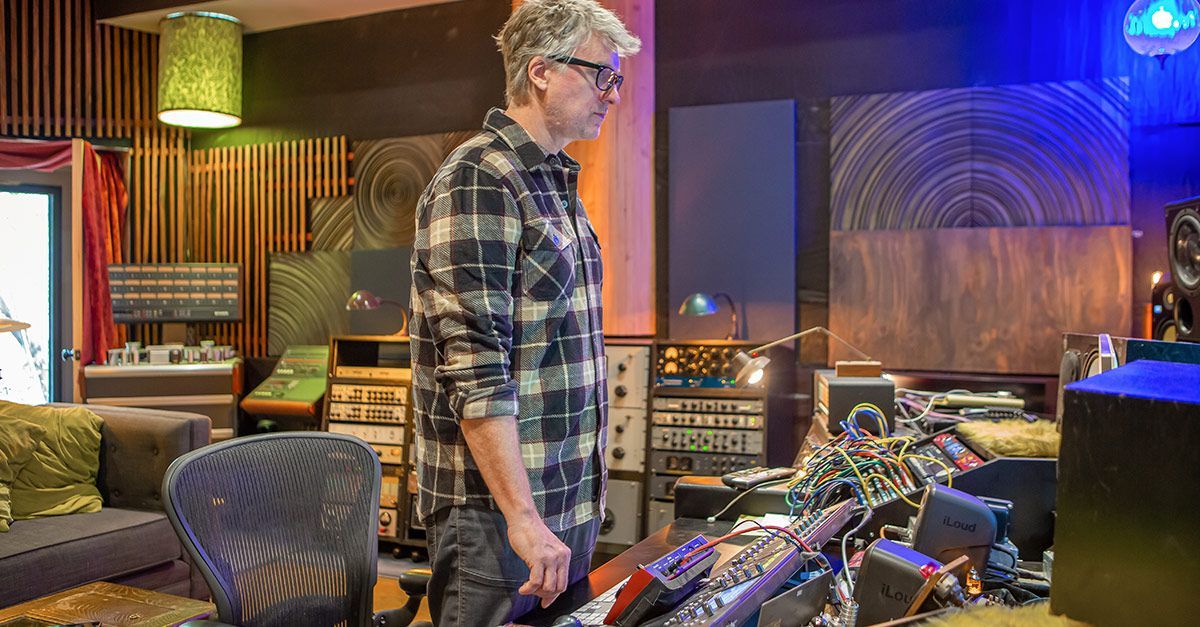 Since Zook has begun mixing in Atmos, he has been extremely busy, and as predicted, he does not see this trend letting up any time soon.

“99% of everything I have done in Atmos are brand new mixes," he states. “I do a stereo mix, and then the artist or label wants an Atmos version of that. This has been happening for almost all my clients since May. The only Atmos mix that I've done so far for a legacy artist is from the catalogue album Native by OneRepublic, which I originally mixed in stereo several years ago. Everything else has been new tracks."

During the production process, he prefers going from mixing in stereo to Atmos.

“There's a huge advantage to having mixed the original stereo version and then mixing it in Atmos," he says. “Because stereo stems for me, like the regular mix stems, are not enough to do what you can really do in Atmos. So, when I make stems, I make a lot of keyboard stems, a lot of guitar stems and a lot of vocal stems, simply to give myself options.

"Going from one rig to the next, I might say, 'Oh, I wish I would've separated these two instruments’. So, I just go back and make a quick stem. And maybe it's just for the bridge. Maybe it's the whole song, whatever. Having that stereo mix ready to pull from is extremely helpful for the way I work."

As busy as Zook is, streamlining his workflow was a definite consideration when putting together the new studio. In addition to the audio quality and ease of use, Zook highlights how the RedNet equipment has increased his efficiency regarding his workflow:

“I don't have to noodle with anything. Once everything was set up, I didn't have to go back and try and fix anything or dial anything in or reboot. Every time I turn the Focusrite gear on, I hit play, it works, and I'm done – it's very simple.

"I haven't had to change anything since day one. Again, Focusrite makes their products just very easy to use, they sound great and are super reliable – and that gives me peace of mind."