'A transformative experience': Inside The Retiring Room

From January 17-23, a deep listening, multi-sensory sound installation dubbed The Retiring Room took over a room at The Standard Hotel in London, offering visitors ‘an escape from the hustle and bustle of everyday life’. Stephen Dobbie and Colin Nightingale, founders of A Right/Left Project – the organization behind the project – spoke to Headliner about its origins and how L-Acoustics helped shape the experience…

How did you come up with the idea for The Retiring Room?

Stephen: We both have experience of creating experiential projects, and a lot of the work we’ve been doing and exploring over the past four or five years has been really high impact; trying to elicit emotional responses from people coming to experience the things we make in the simplest way possible using the transformative and transportive power of sound and music.

About four years ago we started developing a piece of work called Beyond The Road, which was the deconstruction of some pre-existing work. We worked with James Lavelle (aka UNKLE), where we initially approached him and asked if we could deconstruct some music and reconstruct it in a 3D space. So, you walk into one room and hear the synths, another room the vocals, another the strings. We then paired that with a load of visual art from people who had orbited James over the years.

Colin: We essentially created a walkthrough album. We did it in 2019 and took over the top floor of the Saatchi Gallery and a version of that project was taken to Seoul in 2021. Coming out of that and some other work we were doing, we had been playing around with spatialisation, but it was always with pre-existing music. In 2019 we set up A Right/Left Project, which was a vehicle for us to explore more audio led work. We have been part of [experiential theater group] Punch Drunk for 20 years and Right/Left is a very different thing as it allows us to explore experiences in a very different way. And this project started with us saying we wanted to create a one room project with fairly simple components but high impact. It was also about us exploring a relationship with musicians - a composer called Toby Young composed some music for the project that was only ever really going to exist in a spatialised way.

Talk us through the experience. What can people expect when they enter The Retiring Room?

Stephen: It is a 15-20 minute deep listening experience in a hotel room. It starts with arriving at the hotel as if you are a guest. You say you have an appointment at the Retiring Room and are then given a key card with a list of instructions, like switch off your phone, once inside you might want to take your shoes off, etc. You’re then directed to the lift and part of the experience is navigating the labyrinthian corridors of the hotel. Then you get to the room and go in as normal. As soon as you go in we have full control of the lighting in the room, then you sit down and a voice encourages you to lay down, rest your eyes, ease your breathing and basically listen to the music and see where it takes you. It’s very much an invitation for the guest to give themselves over to the experience.

Then the music comes in and it has a breathy quality and a breathy rhythm. It subtly introduces the idea of slowing your breathing and it takes you on a journey of three acts. At times it’s challenging – it’s not a piece of spa music. There are bits of electronics and there is a lot of space and it’s a gentle, undulating piece of music. 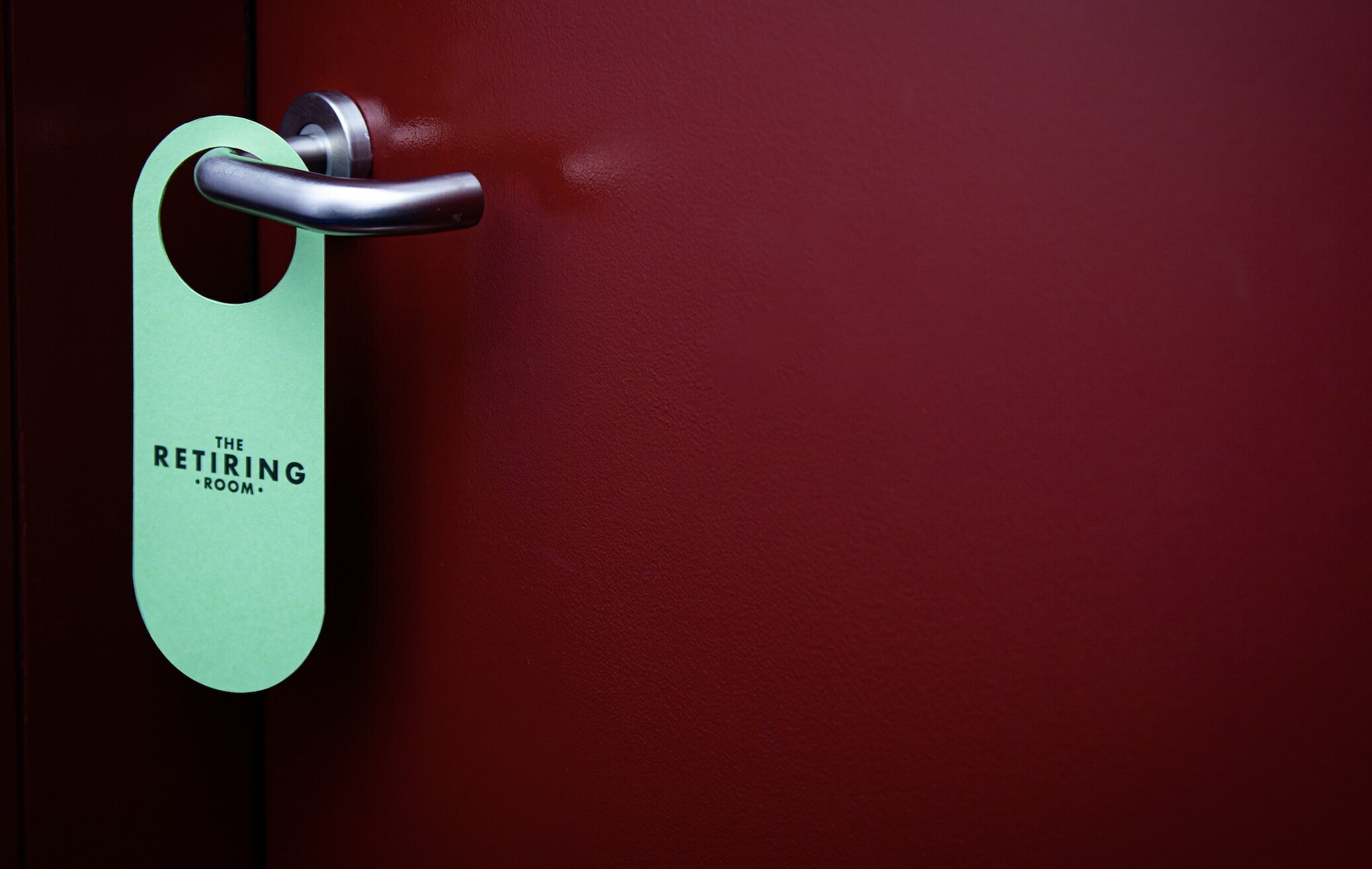 “It’s a real cathartic purging of daily thoughts and the things that occupy your mind.” Colin Nightingale, co-founder, A Right/Left Project

How have people responded to it?

Colin: A lot of people have come out of it saying that for the first time in a long time they didn’t have anything in their head. It’s a real cathartic purging of daily thoughts and the things that occupy your mind. It’s proved to be quite transformative.

Tell us about the sound system.

Colin: The music comes out of an 8.1 system (eight L-Acoustics 5XT full-range loudspeakers, one L-Acoustics Syva sub, three L-Acoustics LA4X four-channel amps) installed in the room using L-Acoustics speakers. The speakers are hidden in the walls and the ceiling. A lot of people coming in were so confused as to where the sound was coming from and how it was happening. The room is so clean, and we wanted to make sure that the technology isn’t visible. It’s all about removing that busyness from the space.

How did L-Acoustics come to be involved?

Colin: We’ve worked with L-Acoustics before. The version of Beyond The Road in Seoul had L-Acoustics as an audio partner, and there was a connection between someone at The Standard and L-Acoustics in London. So, with these connections we spoke to them and they quickly said they wanted to get involved. They provided the speakers and the amps. We really wanted to elevate the audio element of the experience.

Stephen: L-Acoustics systems are silky smooth. It really has elevated the audio, especially the sub. It’s like a warm hug that cradles you through to the next phase of the listening experience. There is a crescendo in the middle of the piece… but we don’t want to elaborate on that too much as we don’t want to give anything away for those who want to experience it.

Colin: The pinnacle is about two thirds of the way in, because it was really important to us that we didn’t build to a massive crescendo and then it ends, as the arc of this whole thing is that we want to ease people back out. So, it peaks, then breaks down, and then builds back up but in a slightly different way, and it leaves people feeling as though they are suspended in sound. And then, a bit like a yoga session, it’s open ended as to when you get up and leave the room.

Do you have any plans to take The Retiring Room to a new location, or return to The Standard?

Stephen: This version of it is coming to a conclusion but the response from The Standard has been really good, so it may pop up here again. But it can have a life in different places, and because of our background, we have created something very much informed by the design of the room here. The core concept is quite transferable to something that could be scaled up.