Ivors Academy CEO Graham Davies has spoken to Headliner about the 2022 Ivors Awards and its ongoing support for new talent, as well as the “potentially terminal” PRS Foundation cuts, which saw funding slashed by 60% at last week’s PRS for Music AGM.

The 2022 Ivor Novello Awards marked the second in-person ceremony since the start of the pandemic, with its comeback event taking place back in September 2021. This time out, the atmosphere in the room was palpably busier and more relaxed, with a raft of legendary and up-and-coming songwriting talent present in the room, including the likes of Nile Rodgers, Robert Smith, Peter Gabriel, Paul Heaton, Shakira, Sam Fender, Laura Mvula and many more. You can read our report on who won what here.

Meanwhile, multi-award-winning producers and songwriters Paul Epworth and Jamie Hartman took to the Ivors stage to launch TheWRD, a new initiative aimed at helping those from disadvantaged backgrounds pursue music education and a career in the industry. Epworth and Hartman spoke to Headliner on the day about their own experiences breaking into music and why they believe the initiative is so vital.

The launch came just days before the PRS for Music AGM, which saw the collections society announced that it was slashing funding for the PRS Foundation by 60% over the next two years (£2.75 million to £1million), raising significant concerns and questions from across the music industry about what this could mean for the UK’s new music scene and where its funding is going to come from.

The news has been met with dismay by many, with the PRS Foundation responsible for supporting such artists as Little Simz, Sam Fender and Arlo Parks in recent years.

Annabella Coldrick, chief executive of the Music Managers Forum (MMF), said of the cuts: “We’re hugely disappointed. Artists have just gone through two years in which they’ve had no live earnings. The cost of touring’s gone up, tickets aren’t selling because of the cost of living crisis. And yet their collecting society, which is sitting on enormous revenues, is slashing their funding.”

Here, Davies discusses what he would like to see from PRS in addressing the gap left by the funding cuts, as well as the Ivors Academy’s own efforts to support new songwriters.

Firstly, congratulations on the 2022 Ivors Awards. How did this event compare with last year’s comeback ceremony?

It was fantastic. It felt normal. We were very proud to bring the Ivors back last September, but it was a very challenging thing to do and it was challenging for people to be in the room. Everyone was pleased we did it and it’s an important thing for many people, but this one felt relaxed, everyone was excited and there were no thoughts of the pandemic as far as I could see. We had a fantastic showing of nominees and winners in the room, which always makes it special. It was a great mix of legendary songwriters, new songwriters and rising stars.

How has the Rising Star Award been progressing since launching three years ago? And what tangible benefits does it offer beyond the award itself?

It’s something that needs to keep building. We talk a lot about pathways and how we can establish them. The more established the award becomes the more benefits it attracts. Our winner this year is still unpublished, so a key benefit is that it’s a turbo charge for getting industry support. We’ve had mentors behind it, and as an academy we provide as much support as we can.

The pathways element is relative to the work we’ve been doing with our Trust. Increasingly we’ve been bringing forward programmes that look to develop and sustain creators at different levels, and TheWRD is the latest and quite significant initiative to help level up and give everyone a base level of education in how music and the creative industries work. We have a track record of nominating talent who have gone on to success. It’s one of the real highlights from the awards over the last few years.

How vital are initiatives like TheWRD in opening the industry up for people who aren’t from more privileged backgrounds?

I hope it will be an important one. The Ivors Academy has been doing a lot of work to make sure we represent the range of creativity in the UK, and that’s now much more regional. We are working to ensure that there is as much equal access to music education as possible. And it matters, because the diversity of music is very important. If you look at the Ivors Awards, we hear about how people are influenced by different forms of music, as well as how it can be a real challenge for creators to keep going in this market. That’s something we are concerned about because if the market – particularly with streaming – becomes dominated by a smaller and smaller amount of music that is pushed very hard, and the money follows that, not to mention the issue of catalogue versus new music, then you can see why we are so focused on keeping the funnel of creativity open. 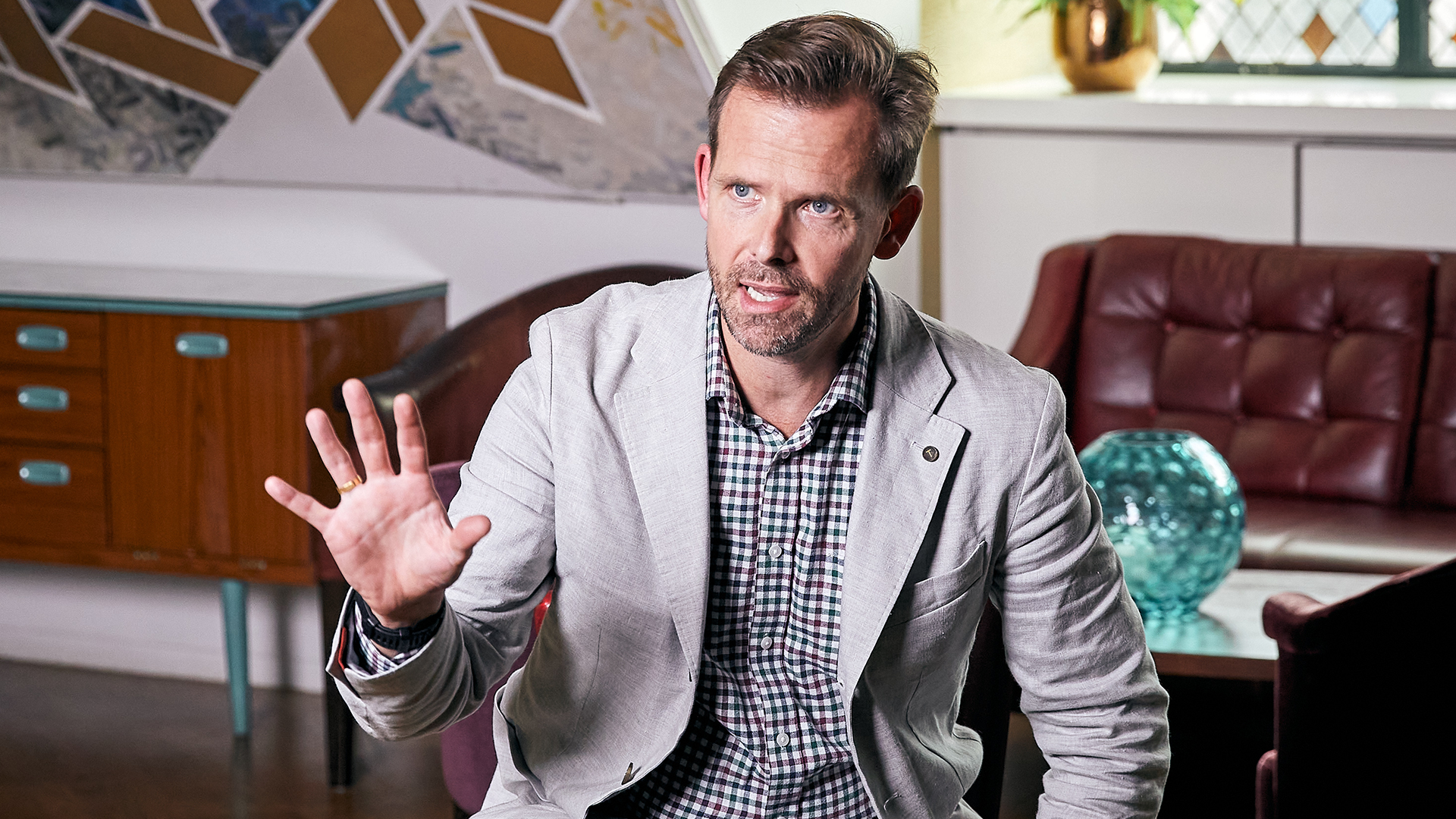 The money paid out to existing streams could be a fund to help us build back. Graham Davies, CEO, Ivors Academy

What’s your response to the announcement that the PRS Foundation is to have its funding slashed by 60% over the next two years?

A 60% funding cut on your foundation is potentially terminal. Having worked on the setup of the PRS Foundation, I went round and got the signatures of the first trustees, and that came off the back of the fact that PRS for Music had for many years had subsidies and various ways to ensure that a spread of genres and musical backgrounds would get a share of the collections more broadly. Those subsidies were removed because they were administratively challenging and in its place the PRS Foundation was formed as a means of supporting new music. And it has become the biggest funder of new music in the UK - its success has been extraordinary. So, given the context of keeping access open and investing in new music at a time when catalogue is becoming increasingly dominant, not to mention coming off the back of Covid…

PRS has done an amazing job of managing the pandemic, and is now very close to pre-pandemic levels. But the funding cut is said to be on account of PRS minimising its costs. For me that’s concerning, because investment in new music is an investment, and the fruits of that investment reach the whole industry.

Also of slight concern and confusion for me is that PRS said that they didn’t necessarily want to cut the funding, but that the non-license revenue, which is interest-generated on the vast sums of royalties awaiting distribution (which is where they get their money from), has dropped due to low interest rates. But we are now in a zone of interest rates going up, and one of the key things for me is what we count as non-license funds. About a year ago, we put out a report around the number of streams that are lacking the data for them to be matched and paid out accurately. Globally, we estimated that to be half a billion, and we believe that’s a conservative estimate. Within PRS, how much of the streaming revenue is not being matched accurately and subsequently being paid out as a second payment on the streams that have been matched accurately?

That money being paid out to existing streams could be a very bountiful fund to help us build back. It could be used to support those most impacted by lack of access to education and the cost of living. The Foundation’s funding has been £3 million on a turnover of close to £800 million, so if PRS isn’t supporting its Foundation, what level of support should be provided and where could that funding come from? It’s an industry question, because the industry benefits from this pipeline of talent.

How can the industry achieve greater payment accuracy?

Last year we launched our Credits Due initiative, which is us calling out the data issue and calling out the need for creators to be engaged in managing their metadata and making sure it’s in there so we close this data gap. But all the while we have a data gap, and we have funds which are top-up payments to the most popular repertoire, the question is ‘why can’t we use some of that money to fund investment in the future of our industry’?

How would you like to see PRS respond to this?