JBL Keeps It Discreet At 2022 Latin Billboard Awards: "Everyone else has to play catch-up now"

Held in the University of Miami Watsco Center in Miami and broadcasted live on Telemundo, 2022’s Latin Billboard Awards featured performances by an eclectic roster of artists, honorary achievement awards for Chayanne, José Feliciano and Christina Aguilera, and a tribute to legendary singer Raphael.

Like all televised award shows filmed live with an audience, the Latin Billboards required an audio rig that provided full-scale live sound for the audience and accommodated both the performers and presenters with proper dynamics and EQ – all while being visually discreet for the televised broadcast.

To meet these requirements, Florida-based Reflections Productions – in conjunction with Acoutech Corp, who handled stage and digital audio distribution – deployed a versatile and camera-friendly setup using JBL VTX A12, A8 and B28 speakers. 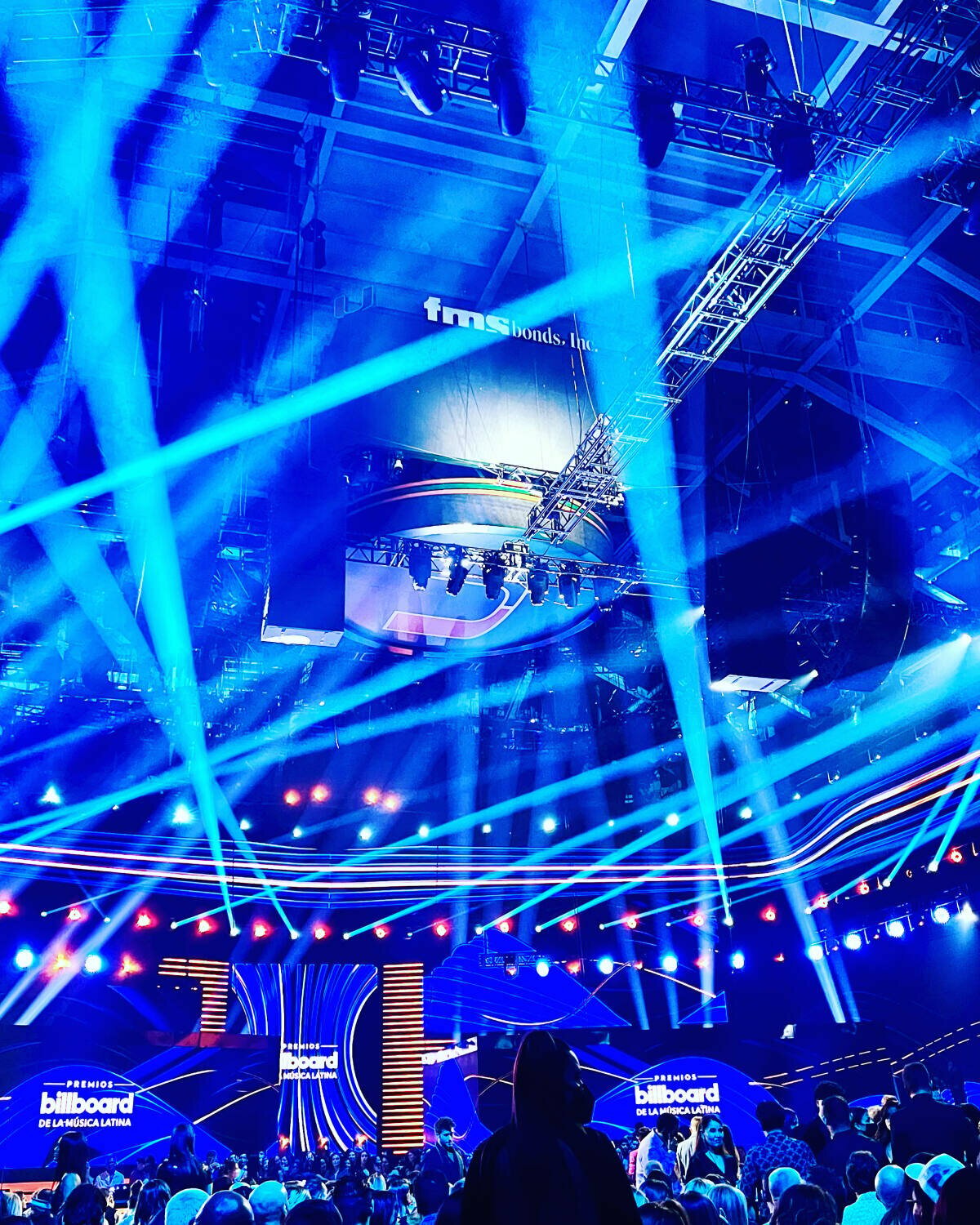 The producers don’t want to see speakers in the shots, especially for a broadcast.

“You not only have all the ergonomic and logistical demands – it must be lightweight, extremely high fidelity, very quiet or very powerful – you also need to make sure that the system sounds the same in every audience seat. When you think you have it all covered, you’re told you’re in a camera shot or blocking a light or LED screen, and it is back to the drawing board to find a compromise.”

“Weight capacity is always an issue at awards shows, since the biggest limitation is always that the show’s producers don’t want to see speakers in the shots, especially for a broadcast with so many visual production elements,” added JC Aguila, Network technical manager, engineering and tech field ops, Telemundo Network.

“Luckily, JBL speakers and especially the VTX Series provide great SPL and an ergonomic banana curve design, which lets us raise the points way high and out of the shots and curve the line array. They’re just so flexible.”

The Latin Billboards team utilised the A12 and smaller VTX A8 line array with 110-degree dispersion, as both speakers share the same high-frequency drivers, a newly redesigned Radiation Boundary Integrator and streamlined rigging system among other features.

When used together, both line arrays provided the frequency range and dynamics needed for the many genres of music performed on the night, as well as the precise coverage and clarity required for presenters speaking at podiums or from the audience, all while staying out of the camera’s view.

“The JBL A-12 system is just an awesome sounding PA that requires little to none as far as tweaking,” said Alkins. “The intelligibility was just outstanding and it sounded so rich and so full. Being able to go from a host at a podium to a live performance, and then back to the podium while keeping vocal intelligibility is not always easy to achieve, but the A12 system makes it all so seamless.

“As for the A8, when I demoed it at a convention, I asked the guy, ‘Could you turn the sub off so I could hear the speaker by itself?’ He said, ‘There's no sub.’ I was blown away that this tiny box could produce so much low frequency and still keep the intelligibility. I didn’t even think you needed a sub with the A8.” 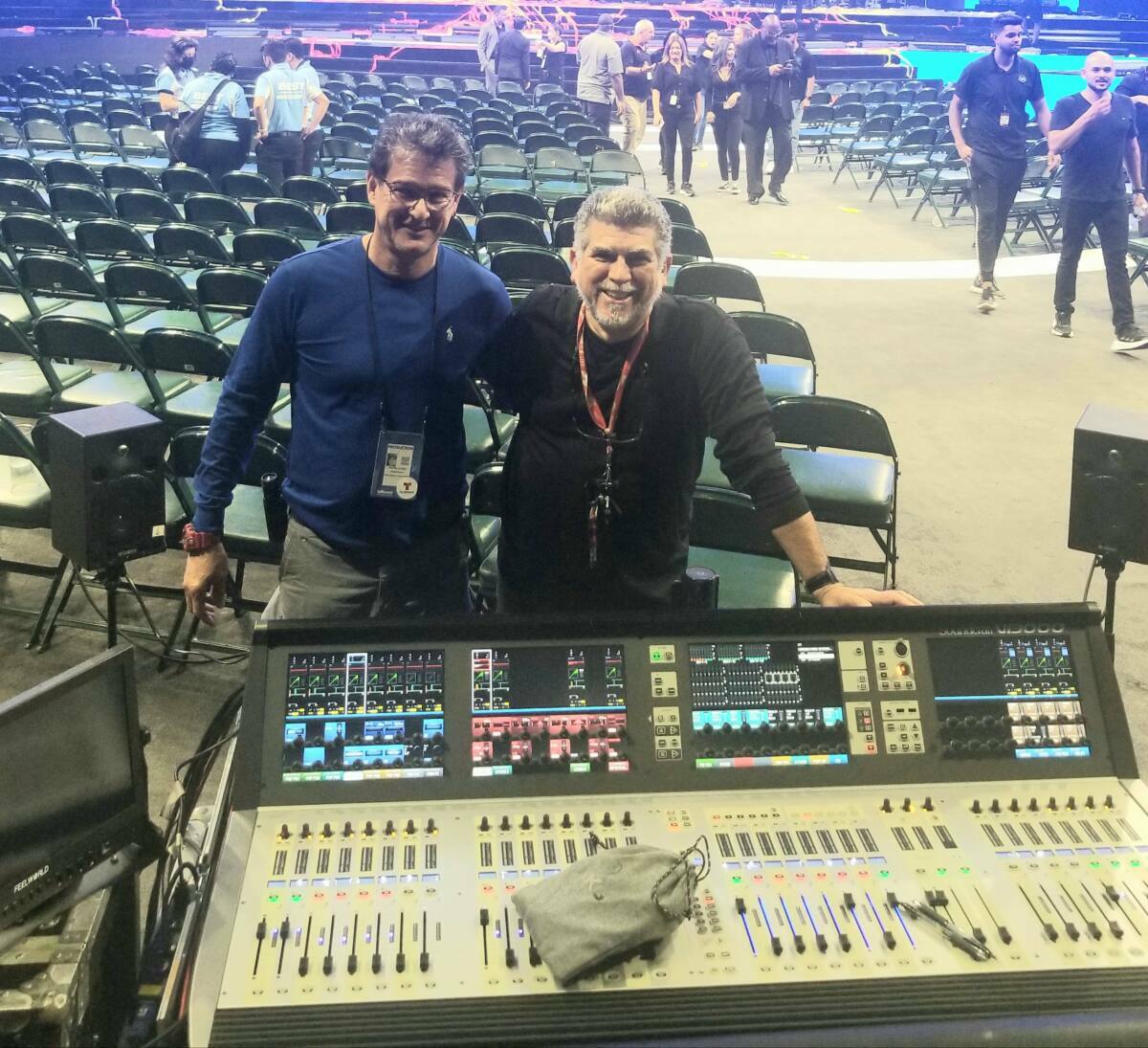 It's not often you make a perfect product, but I the A12 sets the bar so high. Everyone else has to play catch-up now, big time.

JBL VTX B28 subwoofers completed the show’s rig, providing reinforced, distortion-free impact to the A12 and A8’s already-impressive low end. With a linear bass response down to 25 Hz, omnidirectional or cardioid mode support and a two-way rigging system, the B28 provides sufficient low-end presence whether stacked or flown.

Like the rest of the VTX family, the B28 also pairs performance with ergonomics thanks to its lightweight enclosure. The entire setup utilised Crown amplifiers and JBL Performance Manager software for reliable output and high-bandwidth processing.

“This was the first time we used the B28 at the Billboards,” explained Raul Gonzalez, senior specialist for production applications at Harman Professional Solutions and FOH music mixer for the event.

“There were a lot of musical elements on this show that have a lot of low frequency extension, like reggaeton and hip-hop performances, and normally they will hang nine S28s per side. This year, they were able to do it with six B28s per side, and even with less subs they had a significantly rounder, deeper sounding low end.”

“JBL really has a great product with the VTX speakers.” added Alkins. "When they ask, ‘How can we improve on this?’ All I’ve got to say is, ‘If it's not broken, don't fix it.’ With the A12 in particular, they have nailed it. It's not often you make a perfect product, but I really think the A12 sets the bar so high. Everyone else has to play catch-up now, big time.”