Last month, Joan Armatrading received the 2022 MPG Award for Outstanding Contribution to UK Music, as the industry came together to recognise her influence upon songwriters the world over. Headliner caught up with her to reflect on how she came to be one of the most revered songwriters of the past 50 years and how it feels to be gaining such accolades half a century on from when she first got started…

In virtually any creative, artistic or athletic endeavour, there are certain individuals who appear simply to have been born with a natural gift for their chosen discipline. In comedy, there are those with ‘funny bones’, who can seemingly conjure laughs out of thin air. In sport, whether it's Lionel Messi, Tiger Woods or Serena Williams, there are figures with an innate style and skill that transcends anything that can be taught by even the most talented coaches. In music, Joan Armatrading is one such exponent.

For more than half a century, her extraordinary, ever-expanding catalogue has influenced and inspired artists all over the world. Like all great songwriters, her finest work feels at once entirely unique and instantly familiar, blending the personal and the universal with deceptive simplicity. It can feel deceptively effortless, which perhaps isn’t surprising, given how naturally music came to Armatrading as a child.

“Before I even started writing songs I used to make up jokes and write funny little stories and limericks,” Armatrading says as Headliner joins her over Zoom. “But when my mum bought a piano – just because she thought it was a nice piece of furniture – I started making up tunes as soon as it arrived. It was obviously in me. Nobody showed me how to play it; it arrived, I opened the lid and I just started making up songs. I was born to write. I’ve never struggled to write, I’ve never had writers’ block. I can always write a song, whether it’s always a great song is something else [she laughs] but I can always write one. I almost can’t take any credit for what I do because I’ve done nothing for it, I was just born with it.”

Crucial to the development of Armatrading’s distinct songwriting style was the fact that there was rarely other people’s music playing in the house. As such, she was working from a blank canvas, largely untouched by outside influence.

“I never played other people’s things, I just started with my own stuff,” she explains. “I wasn’t into being a fan of people when I was younger, and I wasn’t buying records. It was just me expressing myself. That’s not to say I don’t appreciate other people’s talents or that I think I’m ‘it’. You look at guitar players like Muddy Waters, Jimmy Page or Stevie Ray Vaughan, and people like Amy Winehouse… I love The Killers, Post Malone, and Justin Bieber. I thought Whitney Houston was ‘the voice’. There are so many people I think are seriously good, and I just want to be seriously good at what I do.”

Which begs the question, when did she first discover she might be ‘seriously good’?

“This isn’t supposed to sound big-headed, but as soon as I started writing I knew I was good at it,” she states. “I don’t care if anybody else thinks I’m good at it, but I thought I was good at it, and it was something I wanted to get better at. When I started, I was incredibly shy. I was probably the shyest person I knew, but if I was to demonstrate a song or talk about my music, then I’d be the most confident person. Thinking you’re good at something is what helps you to be good.” 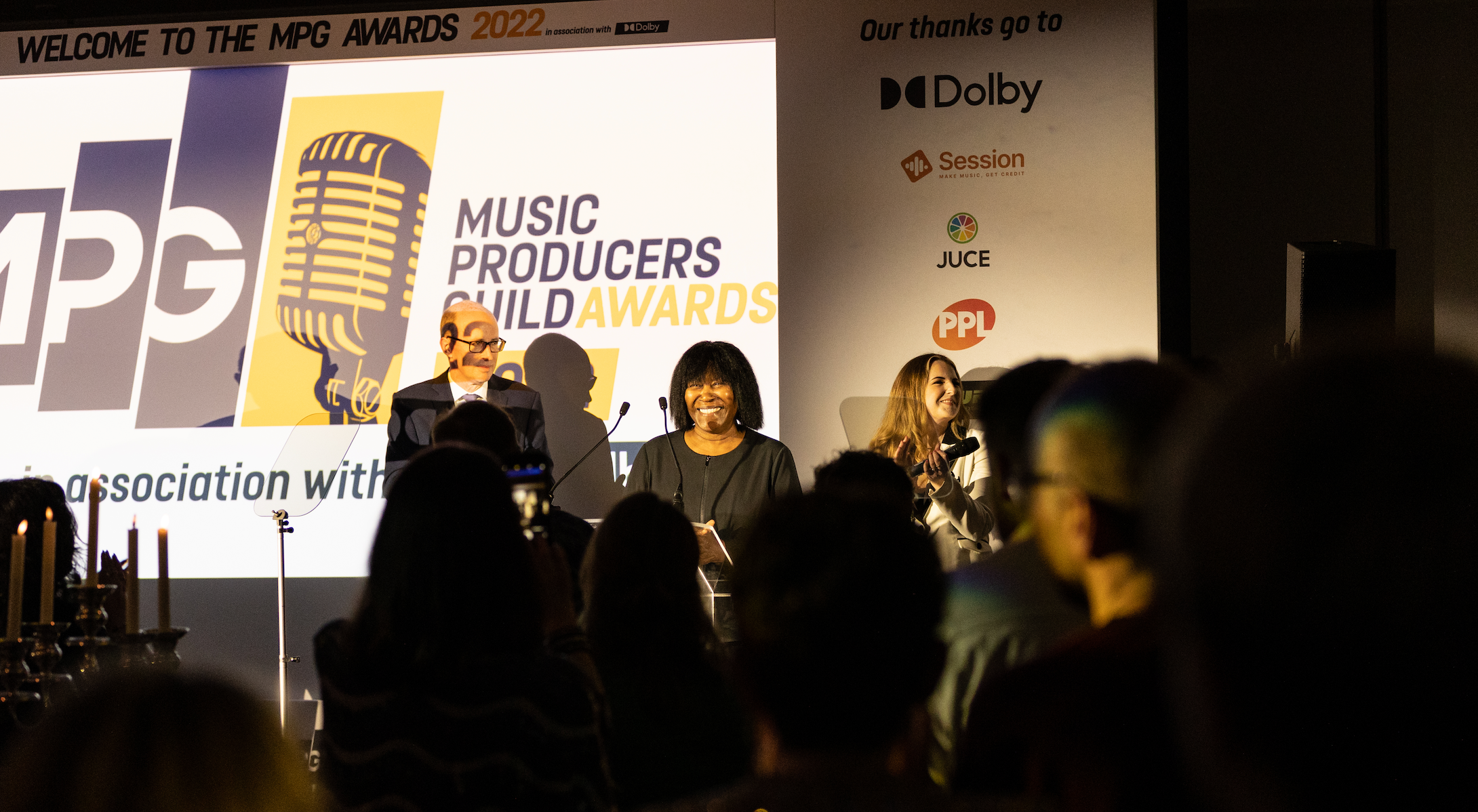 I was born to write. I’ve never struggled to write, I’ve never had writers’ block. I can always write a song. Joan Armatrading

This inherent belief in herself as a songwriter paid dividends not only in the doors it opened for her in the music business, but also with the producers and collaborators it would introduce her to.

“I know it’s not like this for everyone, but everywhere I went I was offered a contract,” she explains. “And then I chose where I wanted to go. I can’t believe how lucky I was that my first producer was Gus Dudgeon, because he was Elton John’s producer and Elton at that time was the biggest artist. And Gus was the kindest, most fantastic person. He was a great producer. One of the things I loved was that he recognised that I knew what I wanted. It wasn’t a case of him saying, ‘I’m the big producer, you do what I say’. I was very involved in the productions and arrangements of that album. Gus was so generous, and he was great at getting sounds.

“The next producer I worked with in ’76 was Glyn Johns. Again, how lucky am I! He, like Gus, is one of the best in the business. They know what they’re doing. They know sounds, they know people, and they know how to get the best out of a studio situation. Glyn, like Gus, knew that I knew what I wanted. I can’t praise them enough.”

Armatrading’s work with Dudgeon and Johns resulted in significant acclaim, laying the foundations for a stellar career that would ensue over the subsequent five decades. Her Dudgeon-produced debut Whatever’s For Us was well received by critics upon release in 1972, while 1976’s self-titled album, on which she collaborated with Johns, produced one of her most successful and best loved songs in the form of Love And Affection, with Johns later reported as saying it was one of the best records he was ever associated with.

Since then, Armatrading has released an array of records that have brought Grammy and BRIT Awards nominations, as well as an Ivor Novello Award for Outstanding Contemporary Song Collection in 1996, and an array of awards marking the indelible print she is still impressing on the music industry. Most recently, she took to the stage at London’s Grosvenor House to collect the MPG Award for Outstanding Contribution to UK Music.

“Anybody who says they aren’t interested in awards should be given a lie detector test,” she laughs when asked how it feels to be receiving such honours half a century into her career. “Because any recognition, especially from the business you are in, is great. It’s very complimentary and flattering. There is no other way of taking it. And I love this award because it’s for producing, and I’ve kind of been producing myself from day one, although on paper I have been producing myself since 1986. So it’s great that the MPG wants to recognise that.”

As a largely self-producing artist for so much of her career, how has her approach to work in the studio changed over the course of 50 years?

“Technically, most of us have had to change, but I was always interested in the technical aspect of recording anyway,” she elaborates. “I started off with my little cassette, then I got a two-track, a four-track, an eight track, all the way up to 24-track. Then I immediately went with computers, so that aspect is vastly different. Where you’d previously have a room with a great big mixing desk and lots of outboard stuff, it felt like a big spaceship. But now everything is on a computer. All the outboard stuff you used to have is just plugins now.

“But in terms of writing a song, I do it the way I always have. I write on the guitar or piano and then do the arrangements. I always want to know that I can play that song without anything else.”

Perhaps unsurprisingly, the pop world’s contemporary penchant for incorporating ‘teams’ of songwriters and collaborators is not one that Armatrading would entertain.

“The way I look at it, you have to do what you feel you have to do,” she says. “So, if someone feels that the only way to get to where they want to be is to write with another 10 people, then that’s what they’ve got to do. It’s not what I want to do, but you have to do what you feel comfortable doing. If they don’t feel comfortable, I’d say don’t do it. I want to be happy and enjoy what I’m doing. But if someone said to me, Joan you have to write with six other people, then I’d say I’m busy that day! But I’m not going to knock it, as I’m not in that person’s shoes.”

And as for what’s next, there’s still plenty of music to be released into the world.

“There is stuff on the horizon,” she concludes. “I always want to write, so there will be stuff coming out next year and every year until I die! That’s how that’ll go!”