Joe Foglia on recording S15 of It's Always Sunny in Philadelphia

Production mixer Joe Foglia cut his teeth on music recording at Miami’s renowned Criteria Studios, where he engineered and assisted on recordings by Black Sabbath, Crosby, Stills and Nash. Meanwhile his film and TV credits include Miami Vice, for which he earned an Emmy nomination for best sound, while his own remote mobile production company, Southeast Audio ADR, has worked on projects including Marley and Me, Scrubs, and recently, It’s Always Sunny in Philadelphia. He explains how his Lectrosonics rig didn’t let him down when filming the latest season of It's Always Sunny.

When It's Always Sunny was renewed for its 15th season, it became the show with more seasons than any other American live-action comedy series. Primarily centred around ‘the gang’ going to Ireland, the latest season of the hit series had to use Bodega Bay in California as a stand-in for Ireland due to the restrictions caused by the covid pandemic.

All of this kit proved essential when filming the latest season of It’s Always Sunny – in particular the DSQD receivers and DBSM digital transmitters.

“We travelled from Los Angeles to Bodega Bay, (from The Birds movie) California and didn’t know how the RF would be, but I knew we needed the wideband,” Foglia explains.

“We also used an 822 for our bag rig because of the flexibility and compact size for recording on a cliff in Bodega Bay. The wideband transmitters made our jobs easier when wiring the actors because I knew we would have good line of sight transmission.”

In the season’s eighth episode, ‘The Gang Carries a Corpse Up a Mountain’, Charlie's father has died, and in order to honour a family tradition, he asks for the gang's help in carrying his body to the top of a mountain to then throw him into the sea. 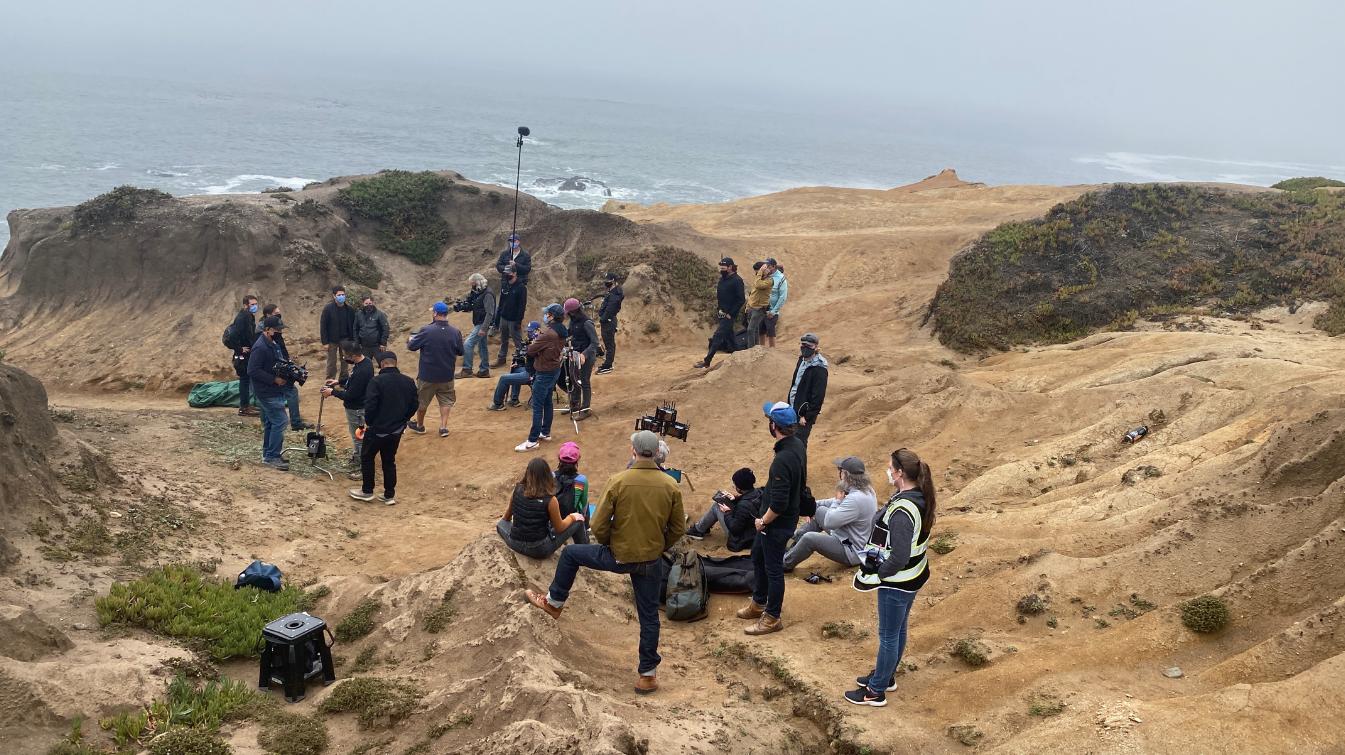 The actors never complained about having to keep the transmitters on their body for long durations of time in the rough weather.

“There were times where capturing audio could have been difficult, specifically the cliff location,” reflects Foglia, “however, the lightweight and exceptional tuning from the kit made my job easier. The kit allowed for easy transportation when travelling up the mountain side and the wide bandwidth made it easier to find usable channels in northern California.

“The equipment is extremely durable,” he points out. “Being in an extreme climate with salty, cold air did not have any effect on any of the equipment. The actors never complained about having to keep the transmitters on their body for long durations of time in the rough weather.”

The cast is known to use improv and scenes often descend into chaos, complete with multiple people screaming and shouting, which Foglia says a combination of Lectrosonics equipment and DPA mics can handle without issue.

“The cast was always wired with DPA 6060s,” he confirms. “Considering that the actors would be yelling a lot, the transmitters gave non-distorted audio from each character. These scenarios could have been a problem, but the DPA 6060 and the Lectrosonics wideband transmitters presented flawless audio.

Foglia first switched to Lectrosonics equipment after wrapping his work on Miami Vice. “I had been using Sony through Miami Vice because it was state-of-the-art at the time. I had four channels and that was it,” he reminisces, adding that he then switched to the Lectrosonics 185s. 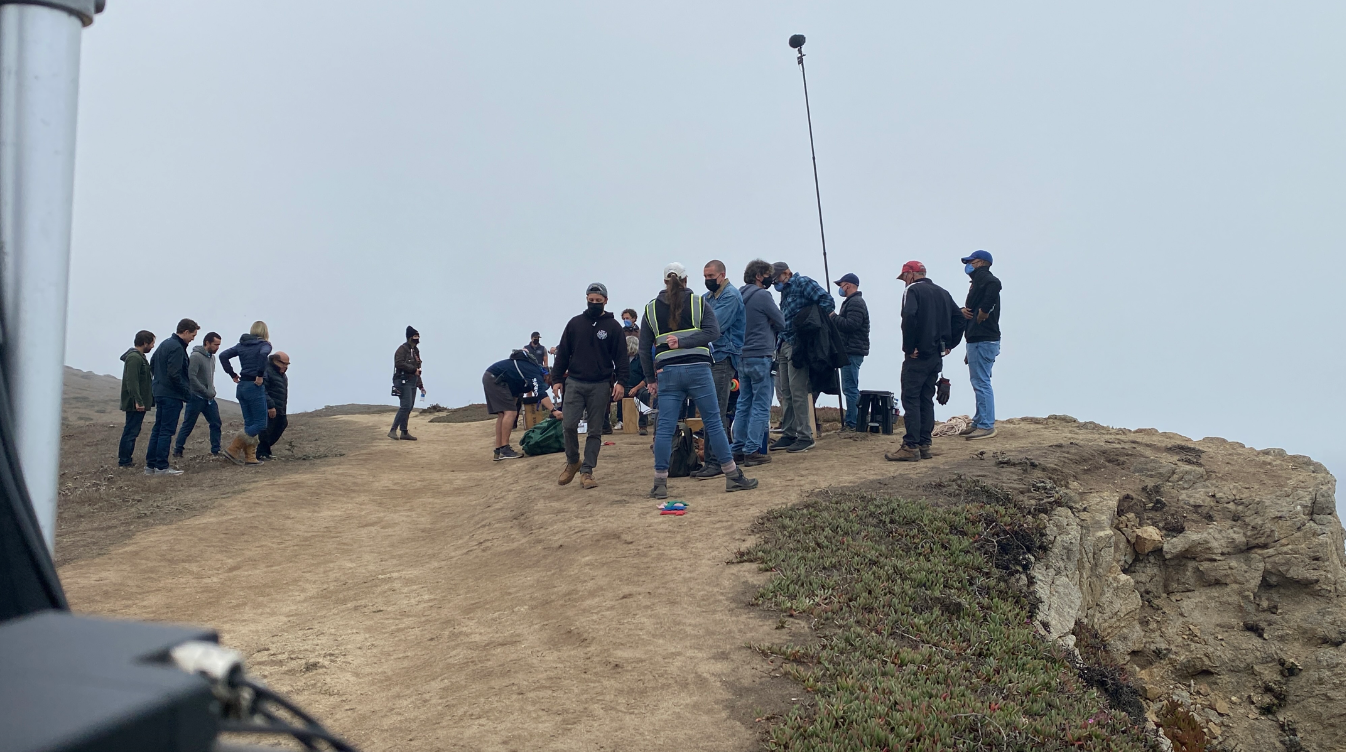 There were times where capturing audio could have been difficult, specifically the cliff location.

“Fast-forward to going to L.A. to do Scrubs, it was Glen Trew [of Nashville’s Trew Audio] who first got me to move to the original Venue system. We took over an actual hospital building for Scrubs, and the Venue worked flawlessly in that environment throughout the entire series. After we wrapped, I upgraded to the Venue2. At one time or another, I’ve had almost everything Lectrosonics makes.”

These days, the Dante compatibility of his DSQD receivers is just one Lectrosonics feature he finds indispensable.

“Let’s say a scene is on top of a building and for some reason I can’t be up there,” he explains. “My receiver rack is set up so that I can pull it from my main cart, send it up, and have them throw me one Ethernet cable to feed my Cantar Mini recorder and the laptop I run Wireless Designer on. I depend on that every day.

"Some of Lectro’s competitors brag about frequency-hopping. I find that Wireless Designer makes it pretty much unnecessary. Every time you hit it, it makes sure there are no conflicts.”