As has been the case for so many mix engineers and producers throughout the second half of 2021, mix engineer and producer Joshua Faulkner has found himself busier than ever. Since the gradual easing of lockdown restrictions at the start of the year, studios have been opening up and artists have been flocking to them in their droves. Yes, music creators have remained productive from home in the absence of a fully functioning, pre-pandemic studio sector, but there is no substitute for the creative spark that ignites when together in a room with another human being.

For Faulkner, a large slice of the past few months have been spent holed up at London’s iconic Battery Studios – part of the Miloco Group and established by legendary producers Alan Moulder and Flood – with UK grime pioneer Skepta. Having worked together previously, Faulkner and Skepta formed a ‘bubble’ during the most restrictive social distancing measures and have embarked on something of a new creative partnership, which has kept the pair active throughout the past year of the pandemic.

“This is where me and Skepta have been working,” Faulkner tells Headliner as we join him at Battery Studios, where he sits at an SSL 4000 console that we’re told was purchased by Moulder from Nine Inch Nails’ Trent Reznor. “We were working on an album together and once that was finished, he called me and said, ‘I’d love to work with you full-time’. When I did the last EP with Skepta there was no stress at all; we finished it and we couldn’t believe how quickly it was out because the process was so seamless.”

Despite his close partnership with Skepta, Faulkner has plied his trade across a vast array of genres, working with an eclectic variety of artists. His working process, he tells us, is about being able to bring something fresh to any given project – a skill he developed from a young age. 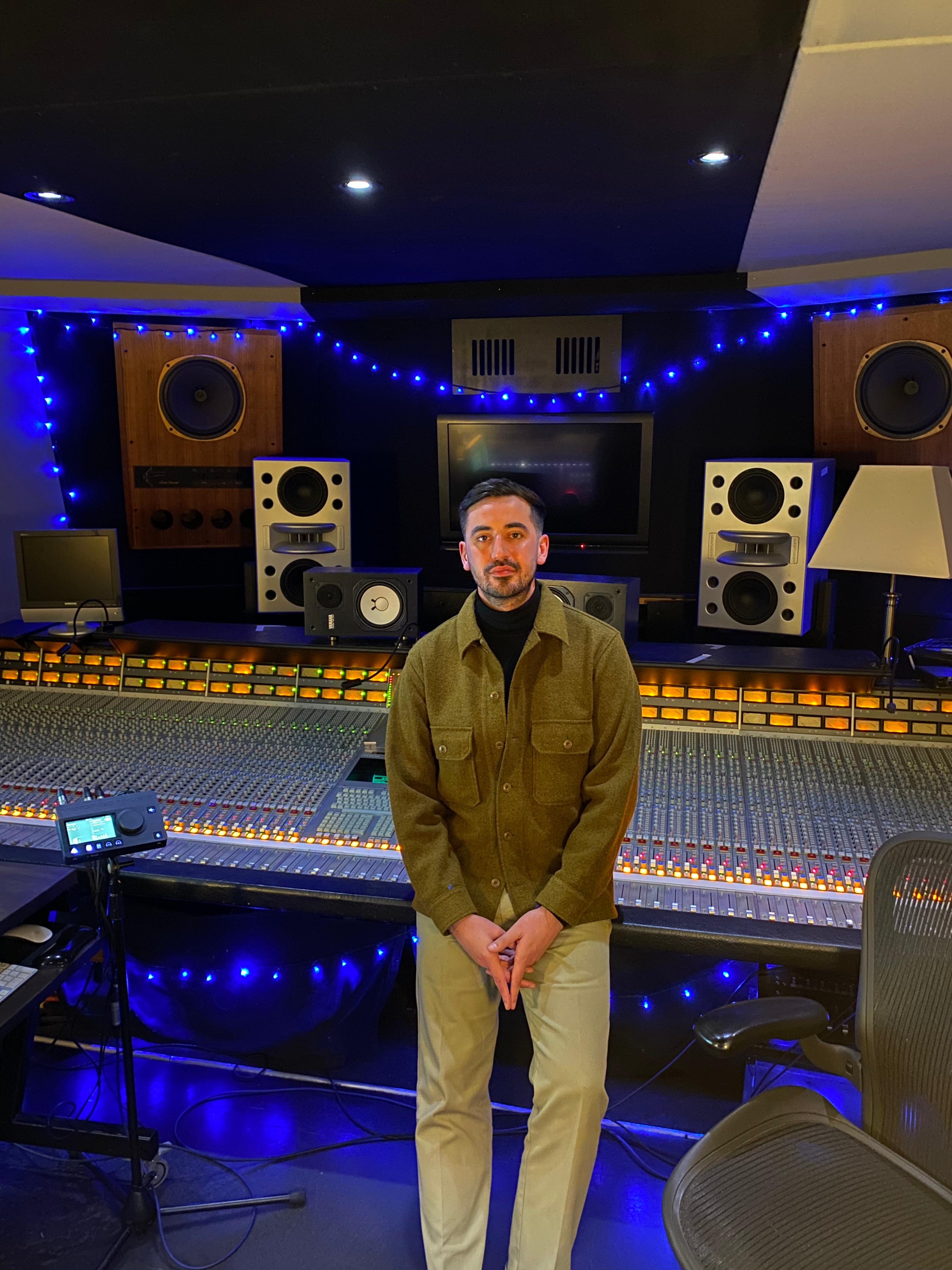 Anyone can do technical, but creativity is something you have to have within you. Joshua Faulkner

“I started when I was about 14,” he says. “I used to come home from school and my mum had this old PC and I had a version of FruityLoops. I would just crack on with music and try to make the best music I could. It was a nice escape from school and the day-to-day. So, I went from making silly beats after school and just progressed. I tried every genre I could think of.

“I met a few people and it was all super natural. Then I started getting into recording, which I really liked. I thought, ‘This is easy’, but it wasn’t! At first you think you know it all, but you don’t. So, I learned my craft, started recording a lot of bands and it progressed from there. Being a 17-year-old in a studio with a full band and trying to get a great sound is pretty stressful but it’s all part of the learning process.”

So what about his approach to new projects today?

“Most of the time I do a board mix on the SSL 4000, and then plugins wise it’s all just about cleaning things up,” he explains. “I always start on drums, then bass, then effects and then vocals after. Most of my vocal mixes are about cleaning it up and making it sound as if I had recorded it personally. From there I’ll start the vocal mix again from scratch.”

One of the most crucial pieces of kit in his audio arsenal, he says, is his Merging Technologies Anubis interface.

“I’ve gone through a ton of different interfaces and processes; I’m always trying to find the best sound – pres, EQs, compressors,” he elaborates. “And just using the Anubis alone I was like, ‘Wow’! Even simple things like, on the interface you can switch into mono and then flip the polarity, which makes it easy to see if things are heavily out of phase. It’s a case of two clicks, checked, next. It’s become second nature – you don’t even have to think about it. That way, you can focus more on the creative side of things, rather than the technical side. The technical side is obviously a big part, but you don’t want to make things sound too technical. Anyone can do technical, but creativity is something you already have to have within you.

“The first time I used the Anubis was on the Sarz and Obongjayer Sweetness EP,” he continues. “It was very ‘80s sounding, and Obongjayer has a very deep, full voice, and I wanted something that could capture the whole spectrum of his voice. It was great to use it on the project because it made his voice sound 3D, which was really interesting. And the way the low-end translated on the pres is so lovely, it’s like silk but you still get this huge warmth.”

Faulkner’s commitment to versatility and dynamism in the studio is clearly reflected both in his studio techniques and in the gear with which he equips himself. It’s a way of working that has served him well to date and looks set to do so long into the future.

“Some people look for a product that specifically targets their audience - I’m not really into that,” he concludes. “I want something that can be solid the whole way round. One day you could be recording a string section, the next you could be recording a rap vocal or a soprano. So having something as solid and easily portable as the Anubis interface, which sounds amazing every time, is priceless.”