Julia Wolf: "When I do what's best for me I get pinned as the bad guy"

Her name is Julia, but you can call her WOLF. Based in Queens, New York, the singer-songwriter was one of the first independent artists to be featured in Spotify’s Fresh Finds program, landing herself a giant billboard in Times Square. The self-confessed shy girl explains how she nitpicked her way to carving out a space for herself – on her own terms.

“I've been doing all my creative work and all of my songwriting here in my bedroom; this is kind of where it all happens,” she begins, showing Headliner her room on Zoom.

Today, the Italian-American independent artist is busy taking her own photos (“via self timer or I might drag my sister into it”), working on Photoshop, and is then putting some finishing touches to her debut EP, Girls In Purgatory.

She’s a true DIY artist – WOLF (full name Julia Wolf) writes her own lyrics (in both English and Italian), co-produces her music, and creates all her graphics, videos and photos herself.

While she’s unquestionably resourceful and has complete control over her image and music, this self-reliance actually stems from being painfully shy. This is hard to believe from a woman who boasts more than 18 million streams to date and over half a million monthly listeners on Spotify in just over a year since releasing her first music.

“I started working on my own vision and learning how to do my own artwork only because I was extremely shy in college,” she nods. “In high school, I was so afraid of my own shadow, I couldn't talk to people – I couldn't make eye contact. I did everything I could to stay under the radar. Ever since I started putting music out, it has brought out a whole new side to me. It's made me more in touch with my own voice and allows me to speak out about things that I've been through.

"My whole goal with music is to encourage others to be themselves, because I didn't have that too much growing up. The people that I idolised and the artists that I listened to never talked about eating lunch alone every day in school, and that's why I try and reiterate that so much. Even after I graduated I couldn't muster up the courage to ask people for help, so I went on YouTube and started teaching myself. And now it's great because it's made me a more self-sufficient person. If I envision something myself, I can just bring it to life on my own.” 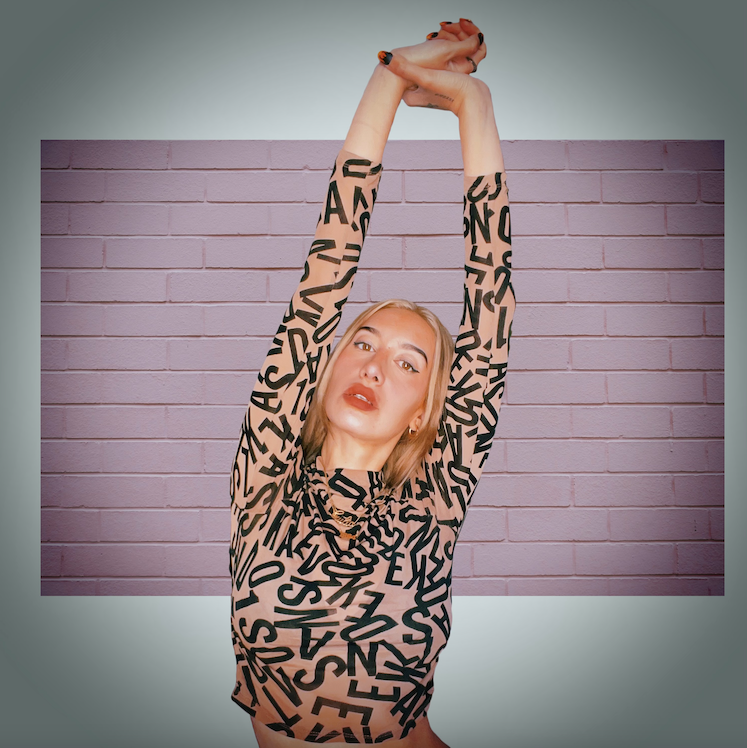 She tells Headliner that she almost didn’t pursue singing. Approximately 10 years ago she was poised to move to Italy with her family to open a pizza place, but her dad changed his mind at the last minute, sensing it wasn’t the right path for his daughter.

“Father's intuition,” she recalls, fondly. “At the time, I was livid! I was very down in the dumps. It was years of frustration of not finding anyone to work with and just not being able to put any music out. I think he saw how depressed I was for that whole stretch of time, and because of it, he offered this opportunity to move to Italy, back to his hometown.

"I took it, honestly within minutes of discussion because it was the first feeling of hope that I had had in a while and it felt like a new chapter. I told myself I was gonna make it over there and figure out my music and find my team overseas, because that happens to people. I thought, ‘why not me?’

"Randomly, he just called it off. One day he came into my bedroom, and he was so dramatic,” she laughs. “He was like, ‘I just have this gut feeling – we need to stay.’ Two months later, I met Jackson, and it was so so wild.”

In co-writer and producer Jackson Foote, WOLF found a kindred spirit who just gets what she’s trying to express without having to explain it all – or be accused of nitpicking.

“Everyone was calling me nitpicky for being so on top of how the kick sounds, or how the bass tone is, or what the riff should be,” she shares.

“No one was agreeing with anything I was saying at the time. I need the music to be a reflection of myself, and I'm putting my name behind it,’ she explains. “So it has to be something I'm proud of. That's what makes it so easy to be vocal about what I want, because it's just that important to me. That is why I never put music out for so long, because I stayed true to what I believed in and followed the gut instincts.”

She describes her first studio session with Foote as a dream – they immediately hit it off after he saw a video of her performing at an open mic night in Queens.

“Literally everything from that moment changed; I could feel it in the studio session because I actually didn't have to say much, which was new. He already knew what I was going to say – he just anticipated everything. He would show me two different kick samples and we would both pick the same one, and that was it and we would move on. I left that studio session with the biggest smile. I just knew that from that point on that the music could finally exist, and that was all that mattered to me.” 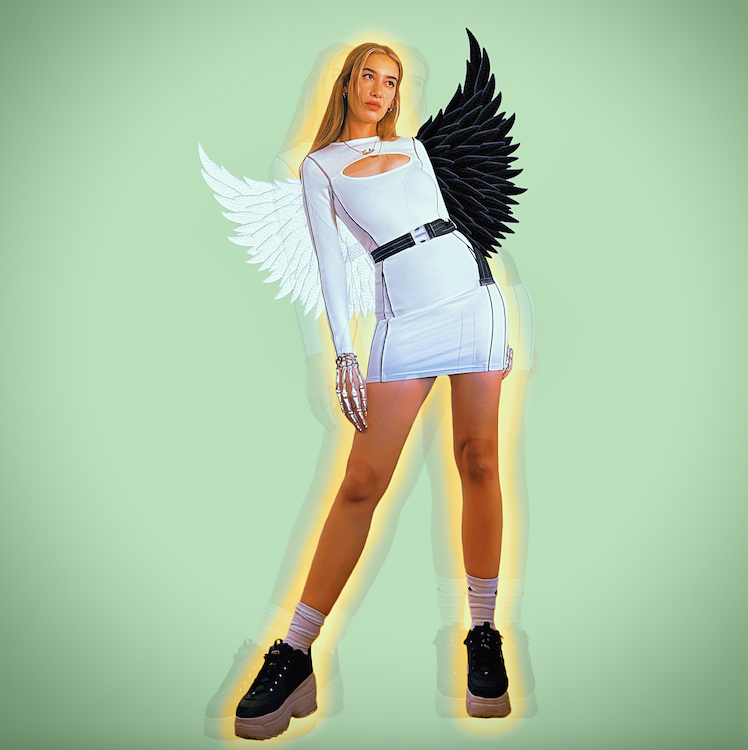 It's easier to be respected when I look a certain way; when I put on that face people take me more seriously

WOLF’s Spotify Singles track, RBF: Part 1 provides a brutally honest take on society’s unrealistic expectations of women, which was followed up by Resting B*tch Face: Part 2 (there’s a lot to unpack there, after all).

“They both represent different aspects of having this resting bitchface,” she confirms. “Part one is more the pros of having it. I feel like it's easier to be respected when I look a certain way; when I put on that face people take me more seriously, which is frustrating, but that's just how it is.

"Being too kind can have people walking over you and taking advantage of you, because that happened to me all the time growing up, so it's just about owning it. However, part two is the alternate side of having resting bitchface where it makes it hard for me to meet new people, specifically guys and dating, because people make an opinion about me on the spot. And because I am shy, it's hard to break that ice with someone when they have already made assumptions about me. So it's about that struggle.”

The second single is taken from her debut EP, an eight-track record field with empowering, no nonsense anthems that puts shy girls at the forefront, drawing from WOLF’s own experiences of feeling in limbo.

“The name comes from this constant battle of having to choose between doing what's best for myself, and then taking other people's feelings into consideration. A lot of the time when I do what's best for me I get pinned as the bad guy, and each song is a reflection of a different time I've been in that situation – that kind of purgatory where the road to take really isn't clear.

"Because I grew up so shy, it is ingrained in me to make sure everyone else is okay and to do what I can not to step on anyone's toes and just stay under the radar. That side of me is battling this new side of me that has found her own voice and understands how crucial it is to live life for yourself.”

A wise prophet once said, “There's a she-wolf in your closet, open up and set it free”, and these days, WOLF is certainly doing that.