Karl Frid on scoring Pleasure: "I never want to limit myself to only doing one thing"

Studio-owner, multi-disciplinary artist and film composer Karl Frid is releasing his original music for Pleasure, the startling new film in which a young Swedish girl moves to Los Angeles and comes up against the grim realities of the pornography industry. Frid talks about his traditional classical music experiences and suddenly wanting to learn Afro-Cuban music and keep his jazz spirit alive. His sense of adventure is heard brilliantly in the music for Pleasure, which somehow blends opera and hip-hop.

It’s fairly undeniable that the most rounded musicians often make the best film composers, able to adapt and compose for all kinds of characters, storylines and settings.

Frid is a pretty bulletproof example of this; growing up in Sweden, he attended London’s prestigious Royal College of Music set in the opulence of West London, overlooking The Royal Albert Hall. But, not quite gelling with his stringent classical trombone studies there, he abruptly moved to Havana, Cuba to learn Afro-Cuban music.

“I was planning on being at The Royal College of Music for four years,” Frid says from his Stockholm studio, Frid and Frid, which he owns with his brother and co-composer, Pär.

“I was there as a classical trombone player and I had the most fun year – it was one of the most fun years of my life. I met tons of beautiful people and really talented musicians. But, for me, it was a bit too conservative. I've always had a really broad taste in music and I've always been curious about different genres. I never want to limit myself to only doing one thing.”

And so ensued a quite abrupt U-turn from his rigid trombone studies in affluent West London:

“I started dreaming of some alternative and I was really set on this romantic idea of going to Brazil and studying bossa nova and samba stuff. Then some friends of mine had just been to Cuba for a year in Havana.

They were really thrilled about it. I didn't know anything about Cuban music, but I wanted that adventure of just letting go of everything that was familiar and trying something new. That was probably the most fun year of my life. I learned so much there as well. Not just about music, but about life in general.”

Aside from his film composing output, these Latin American years still yield fruit for Frid: he is a longtime member of the Swedish salsa group Calle Real, considered as one of the best Latin groups in Europe. And that’s before mentioning Platina Jazz, a jazz group performing original arrangements of Japanese anime music.

In terms of getting a break in the big wide world of film and television, Frid and his brother started working on educational films for Swedish television.

“Then we got this TV series that was on primetime Swedish television. I often get that question: ‘how did you get to do it? Who should you talk to?’ And it's always about getting that foot in the door. Every time you do it, you do the best you can, and try to have good relations with the creators.” 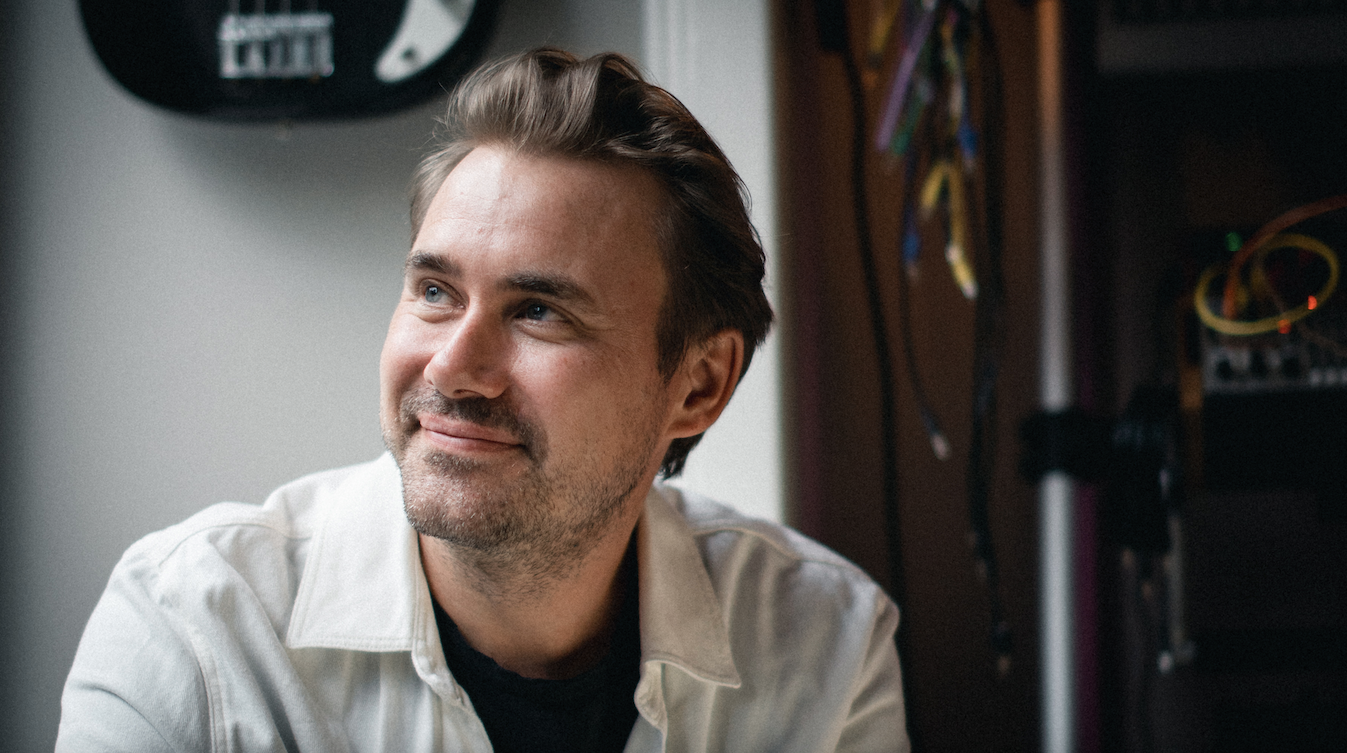 Solid advice considering Frid recently completed writing music for Pleasure, selected by the Cannes Film Festival and also for a premiere at the Sundance Film Festival.

Written and directed by fellow swede Ninja Thyberg, it follows Bella Cherry who moves from a small town in Sweden to Los Angeles with dreams of working in the adult film industry. It’s a far cry from Downton Abbey, to put it mildly.

"She's a bit naive, she makes some mistakes, and gets herself into situations that are very painful for her, and that are painful to watch. She has to make a lot of sacrifices, her loyalty to her friends is tested and she really has to figure out what her moral limits are.”

It’s undoubtedly one of the most unique film scores you’re likely to hear this year, or any year for that matter. Frid had the slightly mad idea to pursue a concoction of opera and hip-hop for the film.

“First we talked about the cello as the voice for Bella, but then Ninja wanted this epic score in a sense, and she wanted the music to be a character of its own. It was really important that it wasn't generic or that we pushed emotions or judgement onto the characters or the audience.

“Ninja was playing with the sounds of the female body; breathing and moaning to find that voice of Bella and we came to talk about opera. Something we talked about a lot was the idea of the harlot versus the Madonna. So, I called an opera vocalist, Caroline Gentele, who I've worked with before, and we tried out a bunch of different stuff. Then

"I had the thought: what would happen if I put this together with a trap beat. Something really special happened with that clash of sounds.”

Something that gives Frid great pleasure is working with his Genelec speakers in his Stockholm studio.

“We've been working with Genelec at our studio for the past 11 years,” he says, “and we're really happy. We use the 8050s, so we haven't upgraded to the newest models yet. We tried different models as well over the years from other brands, but these suit us very well.

"They're very direct and they have a clarity that I really appreciate when working with film music, because you need to be able to hear all the nuances when you're working.

“If you're playing loud or if it’s really subtle – they're great in every situation. We recently had a renovation in the studio so we had to borrow another studio, and I was working with a different pair of monitors. It was really hard working like that because you get used to that reference of how things sound.

"We have two studios and we have the same speakers in both rooms, but the room acoustics are slightly different so we tend to go in and listen in the other rooms for reference. We did a score three years ago with a big symphony orchestra and choir with electronics.

"After that we did a TV series with only ‘80s music with a lot of synthesisers, and to be able to rely on the speakers for all these different kinds of sounds, I feel really safe with Genelec.”

Frid’s brilliantly varied career is set to continue with the upcoming music for Amina, a film about a Swedish single mother who is trying to make it as an MMA fighter, and several other projects that he remains tight-lipped about.

But if you want a big dose of pleasure right now, Frid’s incredible opera-meets-modern production score for Pleasure is available to stream.