Accomplished FOH engineer Pooch – who is currently on the road with ZZ Top – has worked with the likes of Iron Maiden, Jay-Z, Linkin Park, Kiss and many more over the course of his career. Here he discusses how IEMs are allowing for better front of house mixes, and offers some of his top tips and tricks for mixing live shows.

What projects have been keeping you busy recently? And when did you get your initial break working in live sound?

I’m out touring with ZZ Top at the moment; we’ve been on the road since July, so I feel very lucky that I’ve had a few months of work here. I was a producer and engineer in the late ‘80s and early ‘90s. I was always a studio guy. The band that asked me to mix their live stuff was a band named Warrant, who had a hit record back then called Cherry Pie. After just one day working together in the studio, the lead singer asked if I would mix their live show, and so the next day I found myself mixing an arena show for 10,000 people.

I just fell in love with the instant gratification of live sound, with people giving you that constant feedback as you’re mixing.

You’ve been sharing live mixing masterclasses on your website; what kind of tips and tricks do you share through these tutorials?

I was very, very lucky – early on in my career when I moved to Los Angeles – to work with some of the best recording engineers in the world.

I WOULD SAY 80 PERCENT OF MY JOB IS COMMUNICATING AND UNDERSTANDING HOW TO MEET PEOPLE’S NEEDS.

I always tell people that if you really want to be at the top of your game in this business, the first thing you should be studying is a bit of psychology, and how to get along with people. I would say 80 percent of my job is communicating and understanding how to meet people’s needs. That has catapulted my career further than anything else.

I think the art of balance has been lost. We have several generations now that have grown up with MP3s and low resolution audio, who may not know what sounds good. And so I recommend that you study your artist’s music, and try to replicate what’s happening on the record. As a front of house engineer, my goal is to provide for my client a record quality mix with impact. With some of these recent pop acts, the vocals are just so compressed, so I feel like we as live sound engineers get an opportunity to back out of that a little bit, and provide dynamics for a crowd.

Dynamics in live sound are important. I used to love mixing Linkin Park – their whole thing is about making their verses super small and making their choruses have a giant impact on the downbeat. I would suck the crowd in by six or eight dB; you could physically see them almost leaning forward as if trying to listen more, and then on the downbeat of the chorus I’d hit them with a full roar 808 to push them back. That’s dynamics, and how you create emotion. 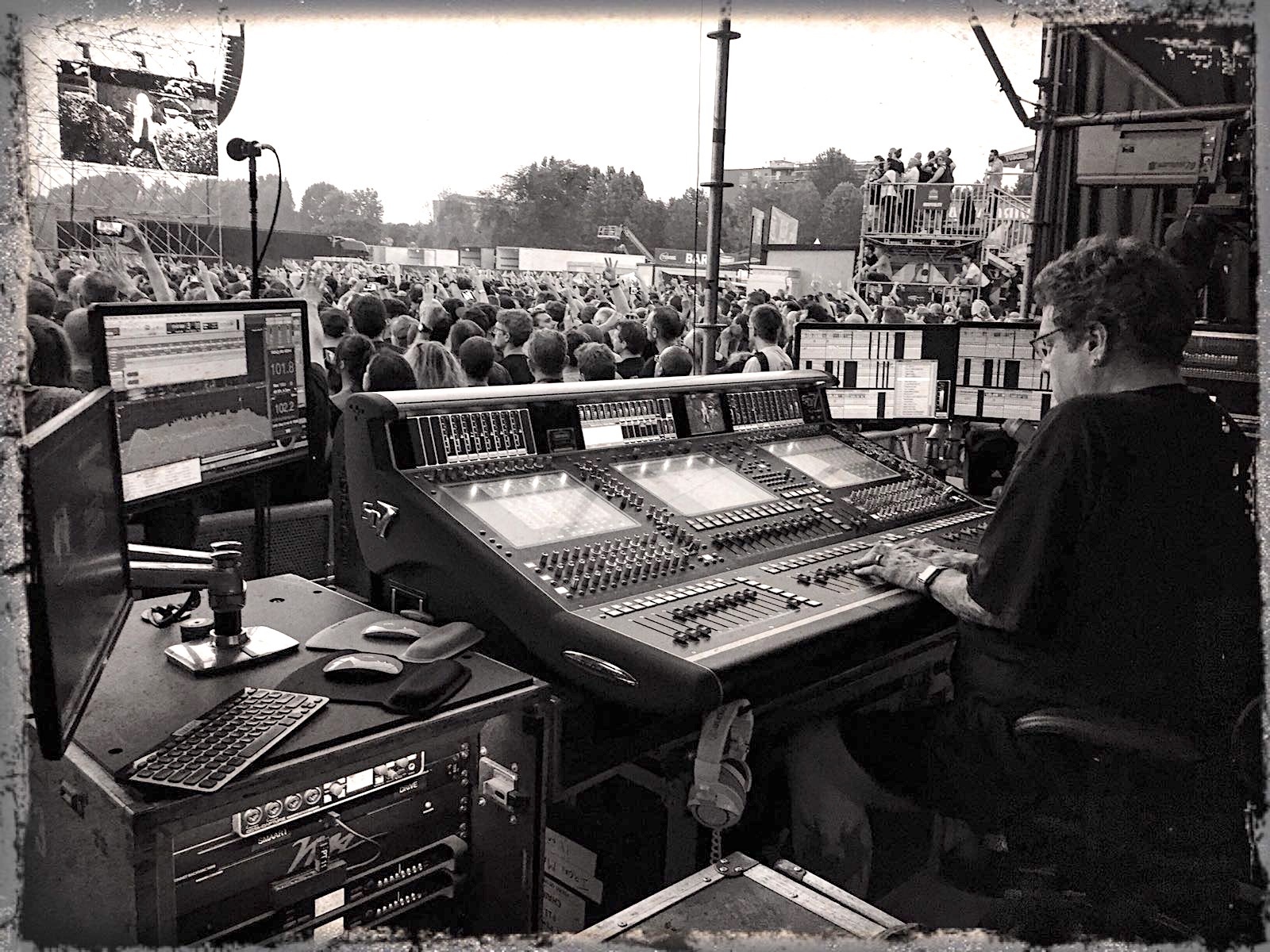 You recently acquired a pair of Jolene in-ear monitors from JH Audio; do you prefer to mix shows on IEMs?

I use my in-ears a lot. I did a Kid Rock record and a Linkin Park live record in my hotel room with just a laptop and an interface. And in all of those cases, I’ve used Jerry’s products. The Jolenes are super transparent. I’ve taken a mix that I’ve done on Jolenes and a laptop in my hotel room and put that on my favourite pair of speakers, and the translation was exact.

When it was time for me to upgrade, I had to consider which IEMs are best for mixing records. Kevin at JH was the one to recommend Jolene, and I think he was absolutely right. They just provide an all-round great, balanced version of what’s happening.

I’ve probably spent 20 years of my career fighting incredibly loud guitar rigs. Now that people are on in-ears, they can use iso boxes or turn their amp sideways, etc. It’s just created a situation where we can provide way better front of house mixes.

Listen to the full podcast interview with Pooch on Headliner Radio below: