L.A. Salami on why he’s over his new album already: “It takes a certain audacity to enter a career in music”

Don’t ask L.A. Salami to play his greatest hits — this British singer-songwriter who grew up between Kent and South London says he grows detached towards his older songs very quickly after releasing them. It’s partly due to his desire to keep his music and creative approach as firmly in the present moment as possible. This might explain why Ottoline, his new album, is such a genre-hopping, undefinable piece of work. Besides his brilliant music, he has one foot in the world of fashion and has collaborated with Burberry. He chats about viewing his music career as non-linear, and the big sonic leaps he has taken with Ottoline.

Born Lookman Adekunle Salami, his father was absent during his coastal and city upbringing (he lived between Peckham and Ramsgate) and his first few years were spent in a foster home, which has imprinted upon him a longstanding feeling of being an outsider.

Creativity was always completely intuitive for Salami, inspired by visual art, music, the written word, and an early desire to be the next Spielberg. Over the years, his songs, which combine folk, blues, acoustic, rock and plenty more, have entered the millions on streaming platforms, in particular, I Can’t Slow Her Down and Day to Day for 6 Days a Week.

Some have pinpointed Salami’s breakthrough moment as happening in 2012, with several key events happening: he was chosen to support Lianne La Havas on tour, and was signed to London independent label Camouflage Recordings.

And then Burberry got in touch; Christopher Bailey, their Chief Creative Officer, reached out to perform at a Burberry acoustic session, and he even got to open a 2014 fashion runway show.

It’s 4pm on a Monday afternoon, and Salami joins the Zoom call with his phone camera aimed so that Headliner can only see the ceiling and intermittently his silhouette and his vast shadow. I ask how his day has been so far, and he replies “short”. It’s a fairly safe bet that Salami is not a morning person.

“It was the ‘90s when I was growing up in Peckham,” Salami says, with a yawn occasionally breaking up his sentences. “It was a lot rougher than it is now; I actually quite appreciate how it is today, to be honest.

"Everything shapes you, and Peckham has definitely been an ingredient for my perspective on life.”

“I have personal songwriting targets I have to meet just to feel I have the right to stand in front of people and sing.

He talks about his entry point to music being via dancing to Nigerian music at a young age:

“There was always music in the background, in the home environment, and lots of worship music, praising the Lord, etc in the church environment. Which you can interpret as celebrating life – I think all good music does that. I also remember cutting loose to James Brown and Michael Jackson – I didn’t think Jackson was human,” he laughs. Any music I moved to, I would always strongly remember. It was kind of spiritual.”

Salami’s career has seen him release four albums and four EPs. He debuted with Another Shade of Blue in 2013, largely flavoured by his vocals and acoustic guitar. His first full LP, Dancing With Bad Grammar saw him graduate to a fuller band sound.

2020’s The Cause of Doubt & a Reason to Have Faith is certainly an example of Salami’s work where you cannot pin him down as merely an acoustic singer-songwriter or an indie-rock artist, as all manner of instruments and sounds fly out of the floodgates.

“I grew up around a lot of siblings, so you have to compete for attention,” he says. “I have a lot of personal songwriting targets I have to meet just to feel I have the right to stand in front of people and sing. It takes a certain audacity to enter a career in music, I think. And the fact I enjoy doing it, of course. 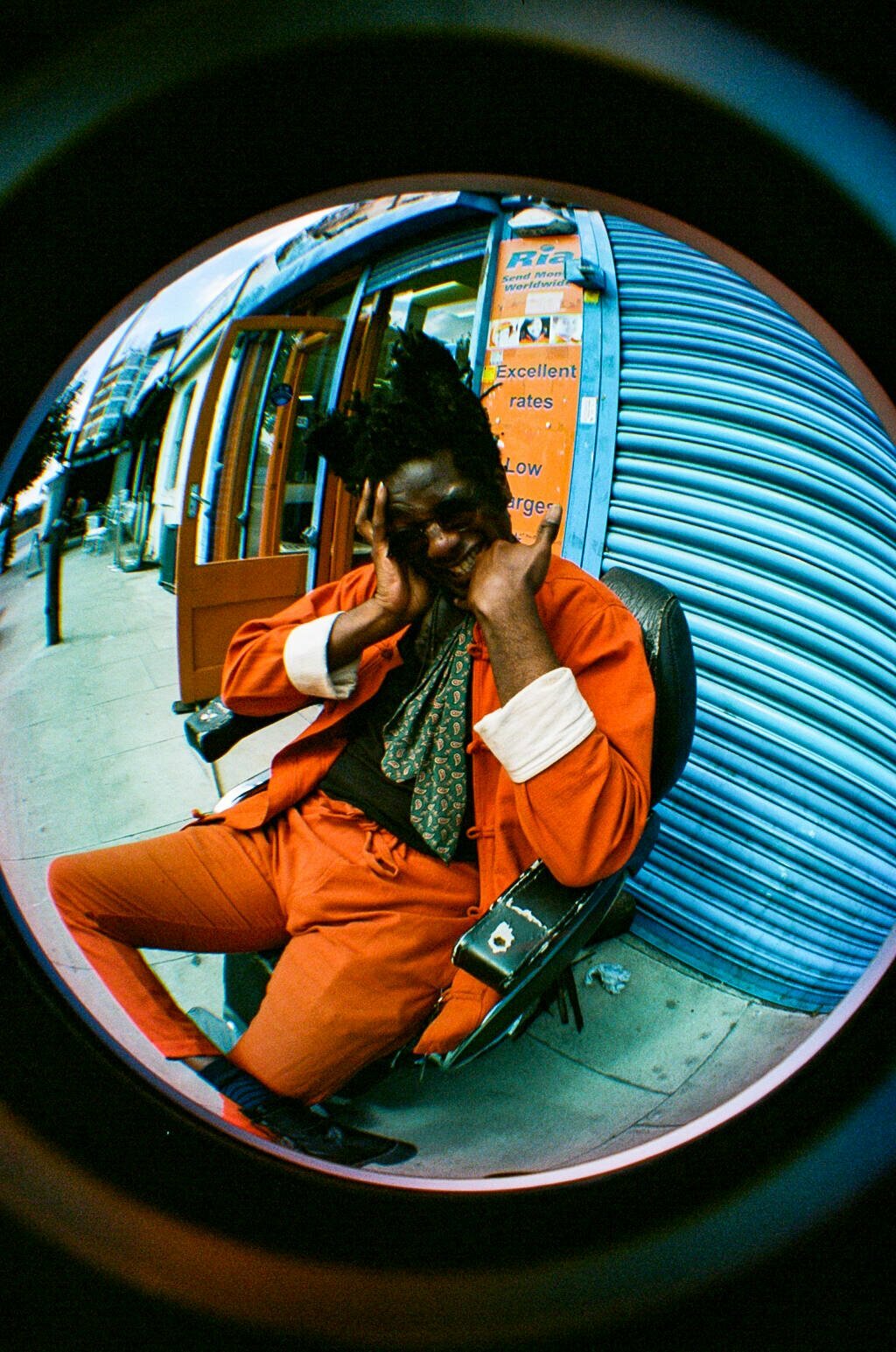 The more I play stuff that's old to me, the more I feel guilty. I feel like I'm a con artist or something.

Salami’s new album offers yet more stark contrast to virtually everything that has come before. Its album cover is a striking red, with a silhouette of the man himself covering one eye, and the hand in question is a ghostly blue.

Prior to its release, he had let people know this would be his most hip-hop-inspired album thus far, and its searing opener, Desperate Times, Mediocre Measures is quite blistering in its samples, bass, drum beat, and Salami takes no prisoners in the lyrics.

“Since I started doing music professionally in 2016, I would be recording very fast,” he says. “We'd record an album in a week, and then mix it in a week. And then since 2020 it’s been more meticulous. I took more care and time or what have you. I didn't rush it so much. And you can definitely hear that in the sound.

“I’m constantly talking about masters; because you have to master yourself, and we’re constantly under the threat of being tamed by our masters. And we kind of are at the moment. Because the structures are sort of working so well that we're apathetic and walking into a new state of authoritarianism.”

This message is perhaps never stronger than in Systemic Pandemic, in which Salami’s singing has an undeniable hip-hop flow to it: “Genocide, psychopaths, warlords make the maps / A masculine audacity that's woven in the stats / Femininity in wanton touch she heals her servant back / And if healing is a balance act, let balance take control.”

While it’s not uncommon for a lot of musicians to grow weary of the expectation to perform their older, biggest hits at their shows, Salami takes this to the next level. He really dislikes playing any older material. In fact, and bearing in mind this in an album that came out in October this year, he says “I’m over Ottoline already! [laughs] But it’s all stopped being linear for me.”

Regarding playing his material that might be typically regarded as older (i.e having been out a few years rather than a few months), he says, “The more I play stuff that's old to me, the more I feel guilty. I feel like I'm a con artist or something.

"I understand that people more often than not want to go and see things they know already. But the more I'm playing things to people that I know are old, the more I feel like I'm cheating them. I don’t feel great playing older songs, it just feels safe, like a crutch. I want to take the risk of playing new songs.”

We’re constantly under the threat of being tamed by our masters.

Even though Salami seeks to live as much in the present as possible and questions the very concept of time itself, he does still have one foot in the realm of future plans and releases. It’s brilliant to hear that an expanded edition of Ottoline is in the pipeline.

“I’ll be releasing a quote-unquote director’s cut of it. So the full 19 tracks, in a different order. And the plan is to have a little movie come out with it. And some more singles to come out, too.”

It’s quite clear from just speaking to Salami, even if you had never heard a single note of his music, that he is an artist we should prize and cherish, both for this singular approach to always striving forwards musically, and for his general outlook on life.

Ottoline is an exceptional piece of work, and is clear evidence that Salami can’t bear the idea of merely being known as an acoustic folk act. It’s the kind of album that makes you ponder, “What on Earth will the next one sound like?” It’s a question I’m sure many of us will keep with us as we follow him throughout his career and with each new record.