It seems unfathomable that country music star LeAnn Rimes is about to celebrate 25 years as a recording artist. But it’s true. This year also marks 20 years since the iconic movie Coyote Ugly was released – a film which LeAnn provided the soundtrack for, thanks to a twist of fate phone call with revered songwriter Diane Warren, the artist responsible for writing LeAnn’s debut hit How Do I Live.

Most incredible of all, Warren wrote that track “with LeAnn in mind” - she was just 14 at the time. But that’s the kind of life LeAnn Rimes has had. It’s been a rollercoaster ride: fast and wild, with twists and turns, but mostly exhilarating and, although a little scary at times, ultimately rewarding.

Deep down, she’s “just LeAnn, not LeAnn Rimes” - and that’s evident when listening to her stories, her motivations, her love of music, and her humble attitude towards her successes. LeAnn has recently revisited the Coyote Ugly tracks with long time collaborator and remixer, Dave Aude, reworking them for a new audience, yet retaining the core purity of that unmistakable voice. And she also has a new podcast on iHeartRadio dedicated to humanity and supporting those with mental health issues. LeAnn chats to Headliner from her Los Angeles home…

LeAnn has been “okay” during lockdown, she tells me – keeping busy musically for sure, and very much in LeAnn fashion, trying to do good for people in general.

“I guess I’m doing as well as everybody else is at this moment in time, taking it day by day; I haven’t been home this much since I was 13,” she says, with a smile. “It’s stressful at times - and so weird that we can’t tour. It’s an odd time, and has changed life for everyone.”

Indeed it has. We start to chat about LeAnn’s most recent project – a unique collab with producer and remixer, Dave Aude, who’s taken a deep dive into LeAnn’s Coyote Ugly soundtrack (which has just turned 20) to create a megamix mashup. Is that the correct terminology..?

“Yeah! [laughs] It was a total blast to work with him; Dave is a dear friend, and we have had a lot of success together over the years,” she explains. “He was my first thought; I wanted to do something of a mashup of all four songs [from the movie], and he also did a full remix of each song which we have been releasing as we go.

“It’s a very nostalgic soundtrack for a lot of people, and for me, the music was always great from the film, and people are digging it again, which is great, to kind of hear it as a mash up with me in the middle!” 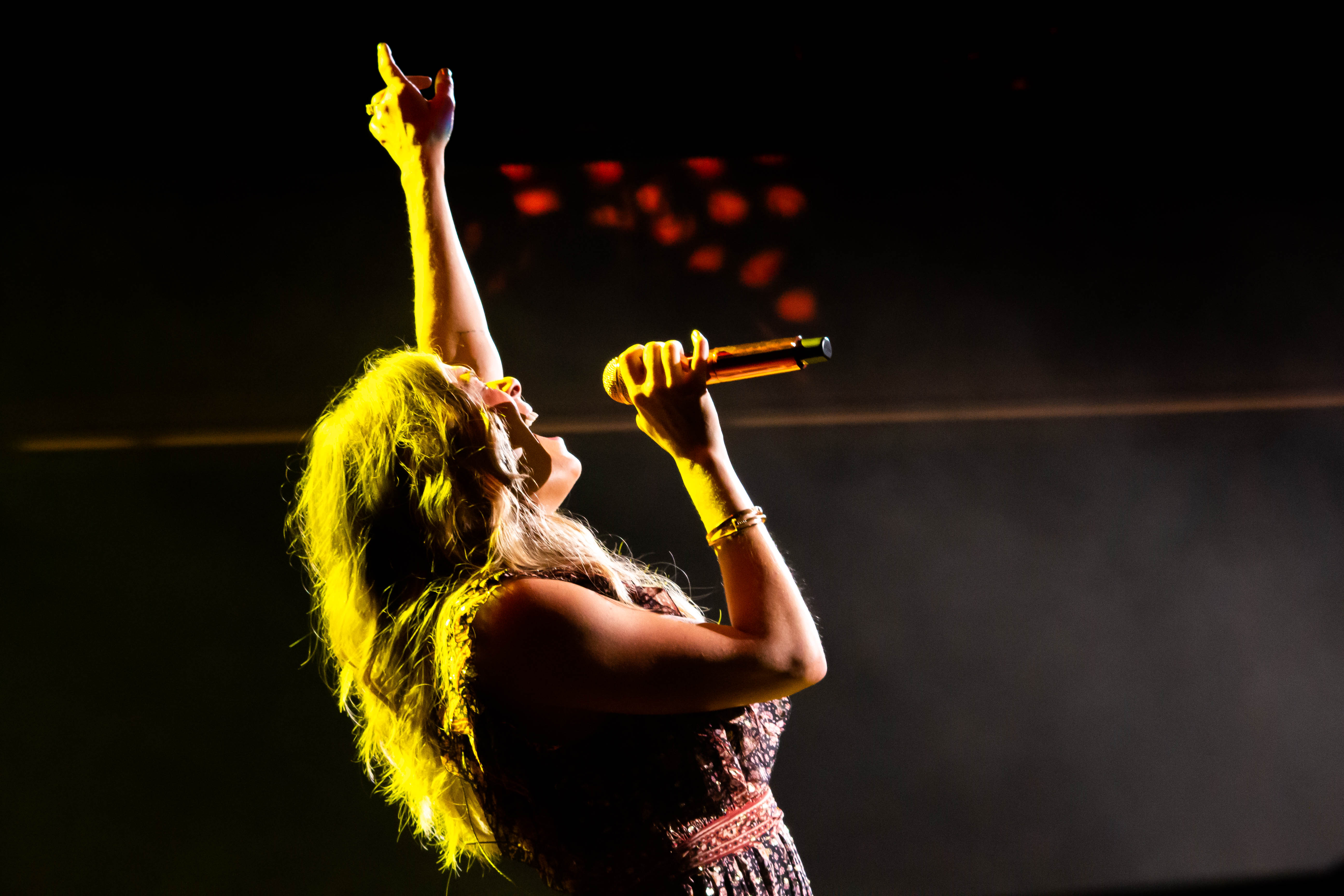 Aude is somewhat of a remix mastermind with some 130 number ones to his name (yes, you read that right) – but what’s lovely about this remix is that LeAnn’s big voice is still right there in the middle, pretty much as you’d remember it from the original tracks. It’s surrounded by deep bass, some excellent beats, synths, pads and more – but the core is still the song. Was that always the plan?

“Yeah, I didn’t redo anything – they are the original vocals - and I trust Dave completely,” LeAnn says. “It was really a case of me saying, ‘here is the idea, throw it together, see where you land with it’. I picked a few things apart, I had some notes, we went back and forth, and it was done. He knows what I like - we’ve worked enough together for that to be the case. And he is a genius - he really is.”

And humble with it. Headliner also chats to Dave Aude in this issue – check it out for a deeper dive into the creative process. I mention to LeAnn that the songs feel timeless to me, and that the soundtrack – Can’t Find The Moonlight in particular – is such a big part of the film’s appeal. But did LeAnn think it was going to be as huge a success as it’s turned out to be?

“I don’t know if I did, you know,” she reflects. “I loved the music - and I approach all projects with passion - but even at that age, I learned not to have great expectations for things. We all hoped it would be, but you never know, so there was no real expectation for it to blow up like it did.”

The other tracks on the film - But I Do Love You, Please Remember, and The Right Kind Of Wrong – are all great tracks, too; and have really stood the test of time.

“They really are,” LeAnn agrees. “And 20 years later, people still love them, and they remind them of a specific and special time in their lives. Each track has its own beautiful story, and Diane [Warren] is a fantastic writer. We have always worked really well together.”

That’s an understatement, to say the least. It was a quick chat with Diane on the phone that led to LeAnn landing this now iconic Coyote Ugly soundtrack.

“I actually called Diane because the song Please Remember was a song she had played me before it was attached to the film, and I said I wanted it for my new album. She explained the attachment to Coyote Ugly, and said they hadn’t decided on all the music, and would I be interested in doing the music for the film. That’s how it came about, from that phone call,” explains LeAnn.

“They were done filming the movie already - and all of a sudden they rewrote the end of the film to have that final bar scene included (where LeAnn performs on the bar). It all moved very fast – from working with Trevor Horn and Diane, to everybody on set – and it was my first foray of being this sex symbol with my half-top and tight jeans. It wasn’t a part of my image at all until that moment!” 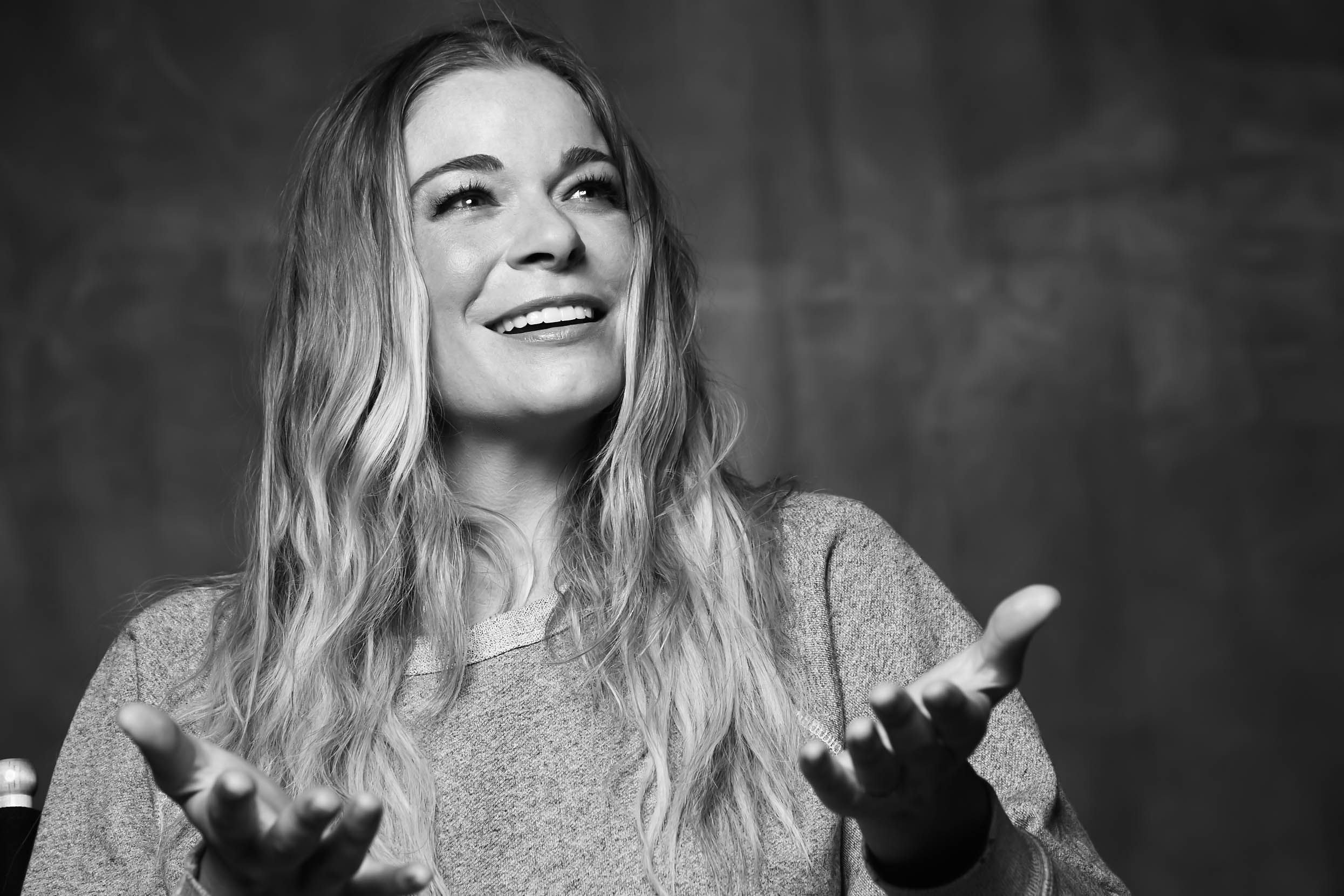 I was a little girl with a big voice, very much put on a pedestal; my humanity went by the wayside for a while.

And of course it was also Diane Warren who wrote LeAnn’s first huge hit, How Do I Live – more remarkably, “with LeAnn in mind”. That’s insane, isn’t it, considering she wasjust 14? What a nod.

“Yeah, that song is magic – I love it, and people still love that song so much,” LeAnn smiles. “And yes, it is insane! And to think it all came one thing after the other in such quick succession: Blue, How Do I Live, then the Coyote Ugly stuff.

Some beautiful moments there, and music that stood the test of time... I am so grateful for that.”

With soundtracks being such a huge thing now – people stream/download/buy them for their listening purposes, which didn’t necessarily happen 20 years ago – does LeAnn think that this will bring new listeners to the table?

“Yeah, I hope so. I’m also a huge soundtrack fan. I love the classics, such as The Bodyguard, and [Prince’s] Purple Rain,” LeAnn says. “There is something really beautiful about the way music supports visual; it can bring so much more emotion out of a scene that you may not have connected completely with if it wasn’t for the music. It’s such an important role in film and TV and I love creating for those mediums. It’s a very different thing when you are supporting a scene and the visual, and I enjoy that whole process.

“So I would love people to be transported back to some old memories with this mashup. I think it’s what this music does, and it’s very nostalgic for so many people, bringing back great moments in time; and in this moment in time, anything to bring some joy to people’s lives is good! I hope they feel the joy from this music, and that it makes them move – it’s a time when we need to be moving our bodies and dance, and I hope all of these songs get people doing that.”

Conversation turns to LeAnn’s brand new iHeartRadio podcast, Wholly Human. It’s centred around health and wholeness, and for me, it’s a very admirable and indeed brave thing to do. LeAnn is very open about her personal healing on her social media, often posting poignant and emotive content that people can quite clearly relate to and respect. I ask her to tell me more about it.

“I feel like it’s such an important time for us to unite, and for our humanity. I started so young; I was a little girl with a big voice, very much put on a pedestal, and I think my humanity went by the wayside for a while. It wasn’t the way people connected with me.

"I feel like I am just LeAnn, not LeAnn Rimes – and I have been putting myself out there in very vulnerable ways for a long time through my music, but I want to utilise my voice in a different way, and the podcast and my new chant album are both byproducts of my own healing, coming into my own wholeness from being so fragmented, and having to be many different things for so many people.